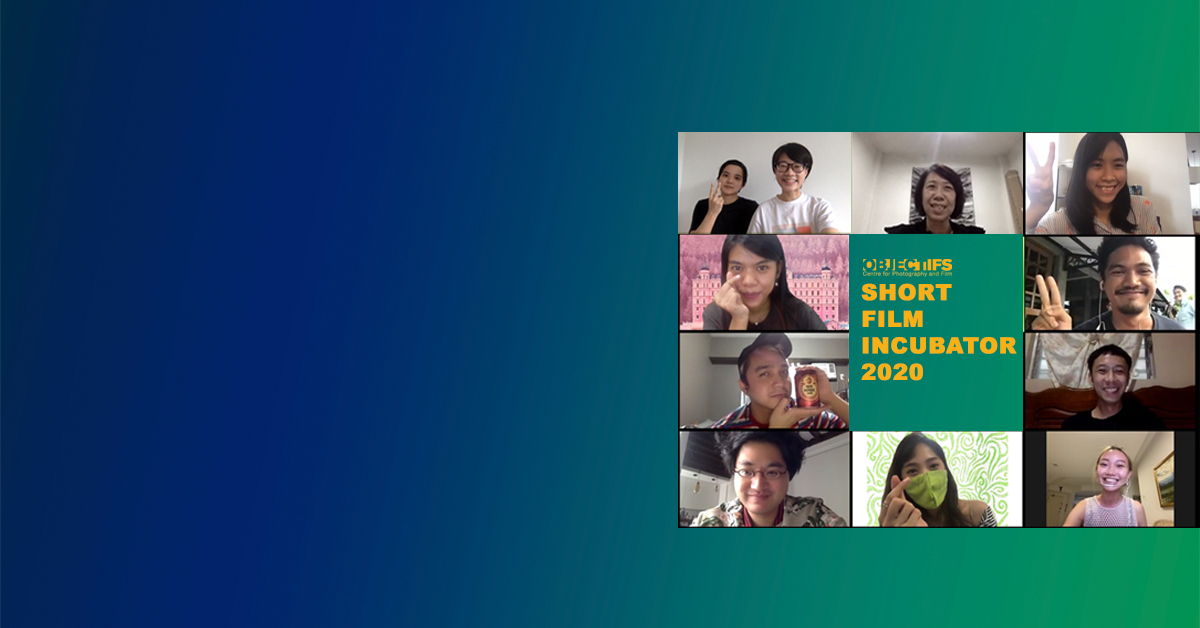 Read on for a recap of highlights from the incubator, which took place entirely online, and how the participants found this experience! 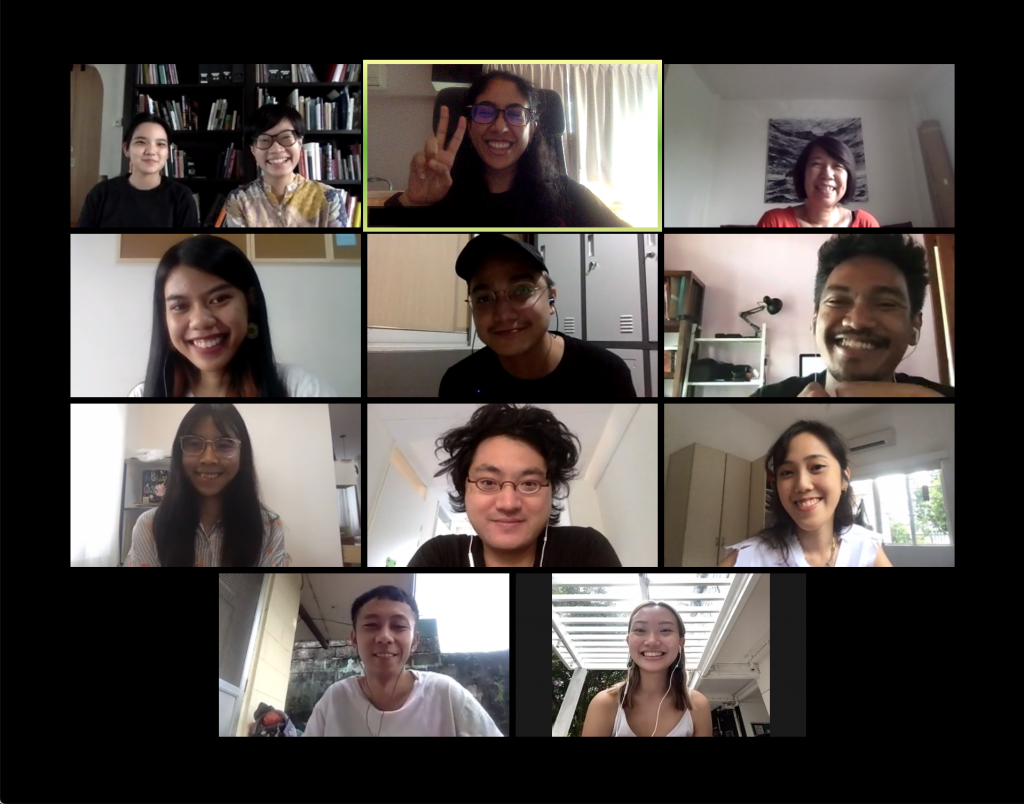 The incubator kicked off with a virtual meet-and-greet. The participants — from Indonesia, Myanmar, the Philippines and Singapore — introduced themselves and their respective short film projects (read more here). The mentors, Pimpaka Towira and Davy Chou, dialled in from Thailand and Europe respectively.

Over the course of the four weeks, each participant / team had two virtual consultations with Davy Chou and Pimpaka Towira on their short film scripts. In between the sessions, they kept in touch with the mentors via email, and with each other via a private Facebook group.

The consultation sessions really helped me to develop a script according to the goals of what I want to make — to connect the director’s statement with the story being made. 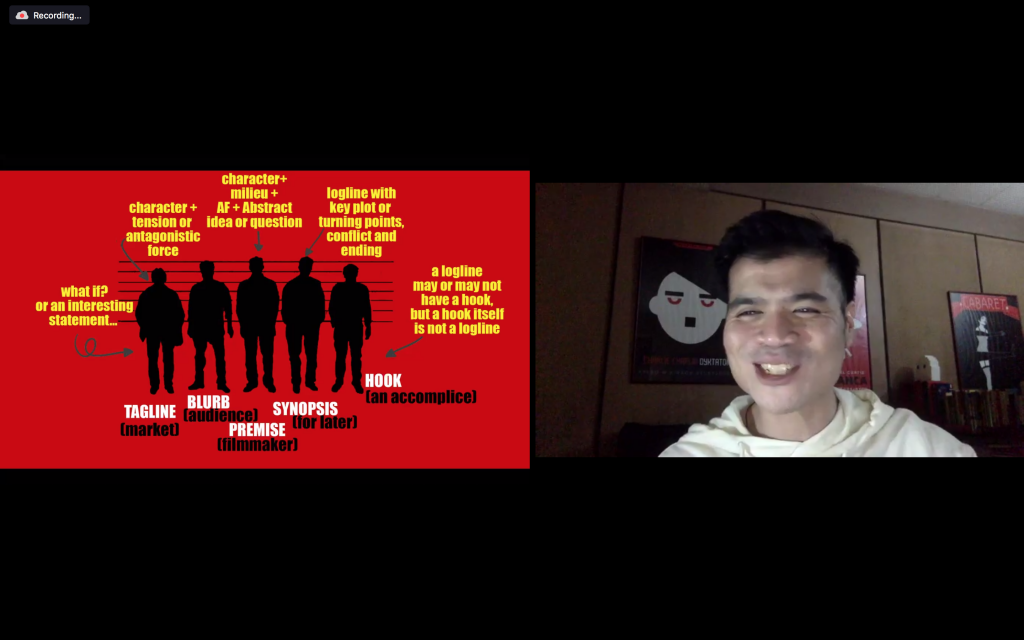 Sherad Anthony Sanchez (the Philippines) shared his insights on What Makes a Good Pitch, complete with slides that borrowed design inspiration from famous films. 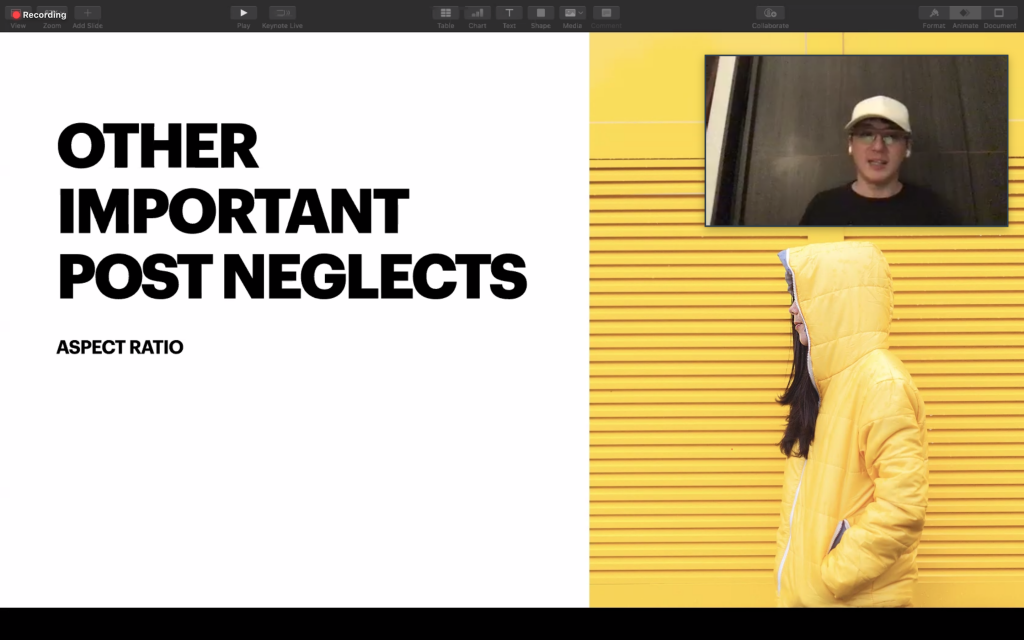 Filmmaker and founder of post-production facility Mocha Chai Labs, Chai Yee Wei (Singapore), highlighted details for filmmakers to be aware of, in a lecture aptly titled Everything You Need to Know about Post-Production. 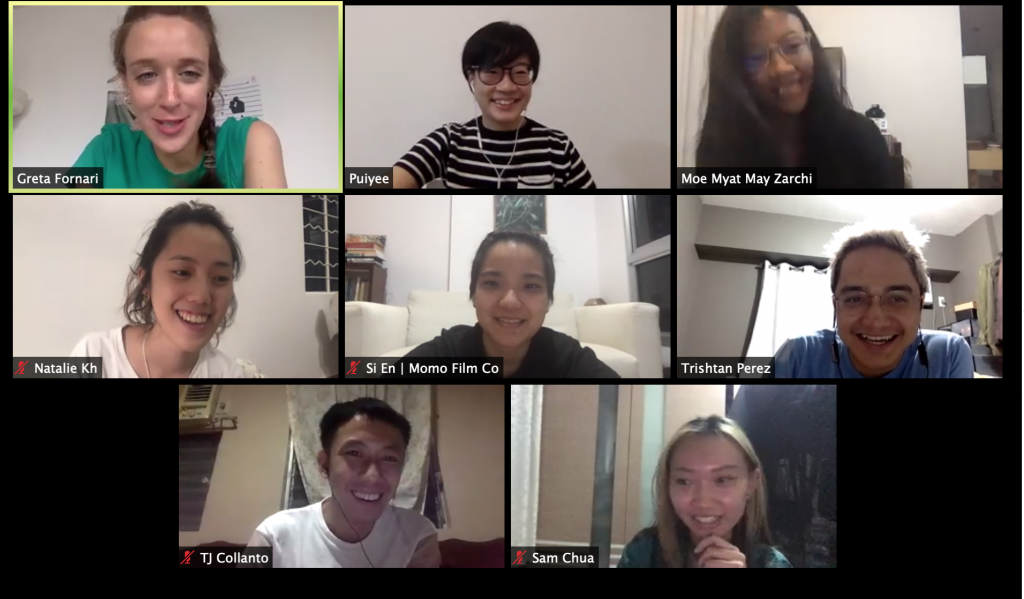 The guest lecturers also generously engaged the incubator participants in dialogue after each session. Seen here is Greta Fornari (Italy) of TorinoFilmLab and distribution company Lights On Film answering their questions after her lecture on How to Get Your Short Films Seen.

What I find the most useful about these public talks are that the things that they’ve shared are all based on their experiences in the industry. It’s not something that’s theoretical or is just taught in school. These are top information that you wouldn’t get anywhere else except those who really know the industry and have learned the tricks to succeed in it.

The incubator participants and members of the public alike were also treated to a candid conversation between the mentors in a special edition of the Objectifs Film Club featuring Davy Chou and Pimpaka Towira discussing their horror-tinged respective early works Davy Chou’s First Film and Mae Nak and the evolution of their careers. 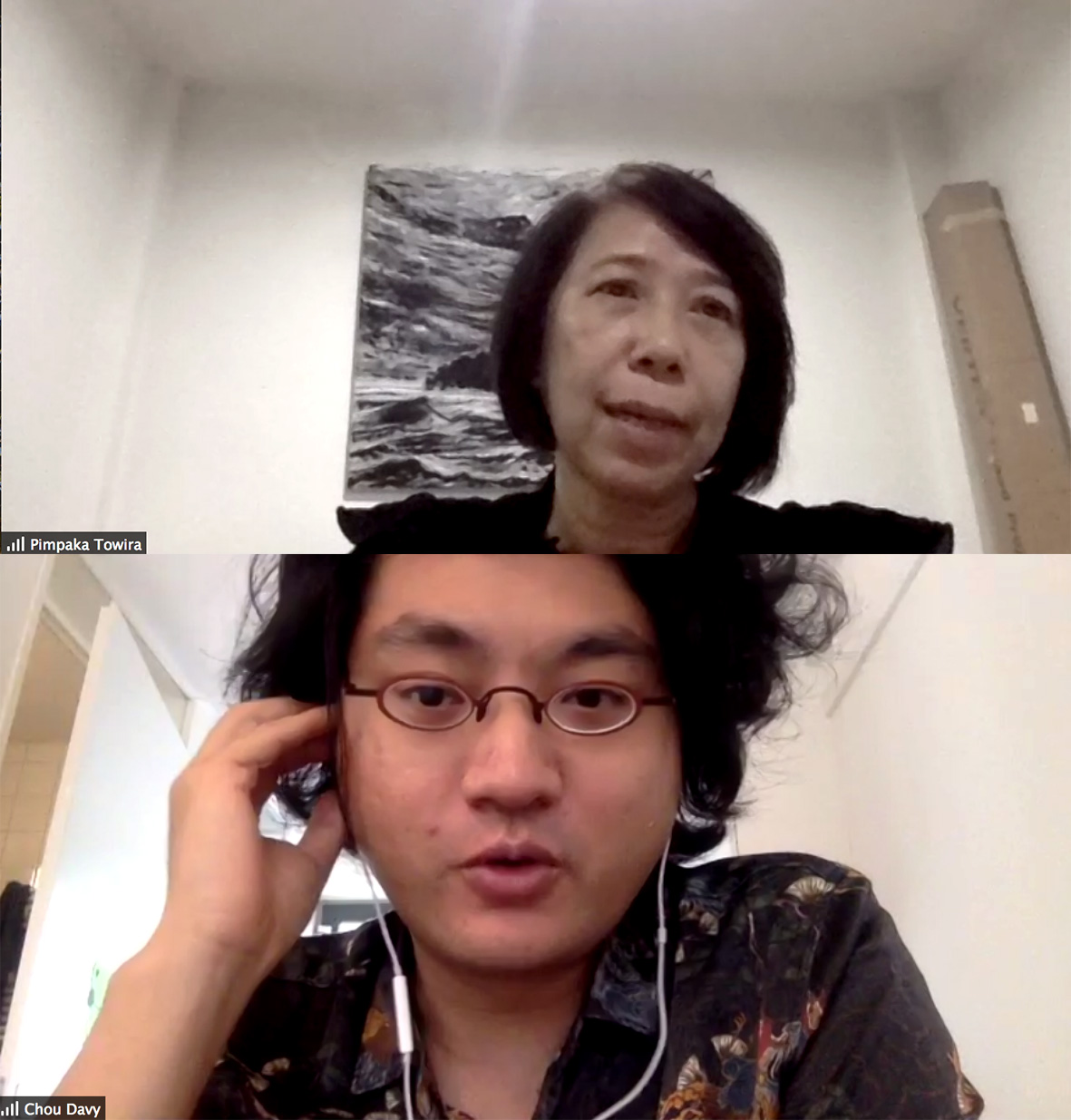 The four weeks flew by in a productive flurry, and the first ever Objectifs Short Film Incubator came to an end with a virtual celebration where participants reflected on their experiences — with many highlighting their appreciation for the unique opportunity of a script lab focused on short films, and for the chance to foster relationships with colleagues in the Southeast Asia region —and shared a drink together.

I got to discuss my artistic vision with industry mentors who inspire me, made friends from Southeast Asia who are going on the same journey with me while sharing and consulting about our doubts with our scripts and of course, learnt insights from industry connections.

The incubator gave us a rare opportunity to develop our short film script intimately with our mentors Davy and Pimpaka and with other Southeast Asian filmmakers who have now become friends. 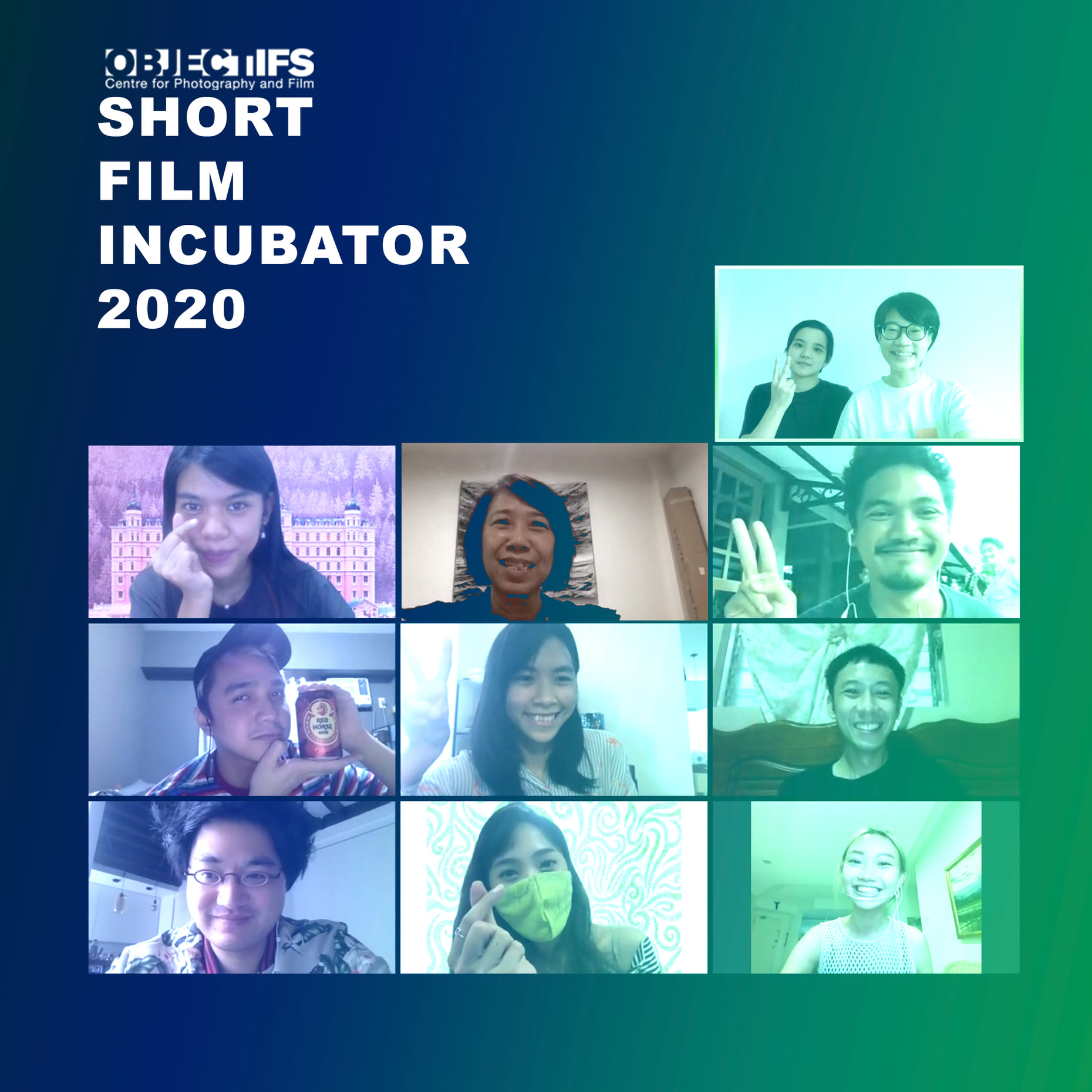 While the official programme may have come to an end, it is our hope that each participant / team will continue to work on their scripts based on the feedback offered, insights gained, and relationships formed. We wish them all the very best and look forward to seeing their projects come to fruition!

This incubator was the most important film industry event I’ve been a part of. […] I never felt like a guest and despite being online, I felt like I was a part of a home. What warms me the most is that they chose our films and believed in us. It’s entirely possible that in other kinds of labs, these kinds of films could be considered risky or confusing and I am truly grateful that Objectifs, Momo film Co. and the mentors trusted and are uplifting our kinds of experimental works.

Lastly and most importantly, even though we’ve only spent a month together, I feel like I’ve made such wonderful friends and feel this is the beginning of a longer relationship. In this time of Covid-19 and in an often alienating industry, I think this is the most valuable thing filmmakers early in their careers can carry with them; that there is a place for us and our stories in the world we live in.

The Objectifs Short Film Incubator, like many of Objectifs’ programmes, is offered free of charge to participants and was supported by a grant from Purin Pictures. Support Objectifs’ work in cultivating original voices in visual storytelling and to foster networks and talents within the Southeast Asian region by making a donation.