Stay tuned for a recap of the session on our Journal.

Join us online for our next Objectifs Film Club session, featuring a conversation between filmmakers and mentors for this year’s Objectifs Short Film Incubator — Shireen Seno (Philippines) and Yosep Anggi Noen (Indonesia).

Shireen and Anggi will discuss themes of religious beliefs and myths in Ballad of Blood and Two White Buckets by Yosep Anggi Noen and the notion of what a Pancit Western is in Shotgun Tuding by Shireen Seno. They will also converse about what they both wanted to explore when they were working on these films, how they straddled between the short film and feature film formats, and the stories they would like to continue to tell as filmmakers.

Ballad of Blood and Two White Buckets by Yosep Anggi Noen and Shotgun Tuding by Shireen Seno made available to watch for free on the Objectifs Film Library from now till 3 Jul, 2359h. Please note this event does not include a live screening of the films; attendees are encouraged to watch them prior to the online session.

Click on the image below to watch Ballad of Blood and Two White Buckets by Yosep Anggi Noen.

Ning and Mur, a couple who sells congealed blood for a living, face a huge ordeal when people stop consuming blood due to a shift in religious beliefs. But they are sick of all hypocrites. 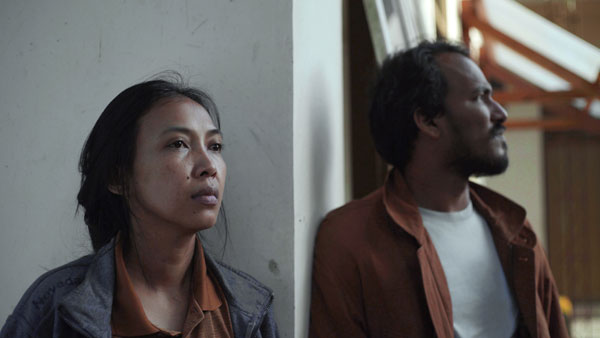 Click on the image below to watch Shotgun Tuding by Shireen Seno.

Tuding journeys to a distant town to hunt down the man who got her youngest sister Teresit pregnant, and she’s not going home without him. A pancit western set in the late-1940s. 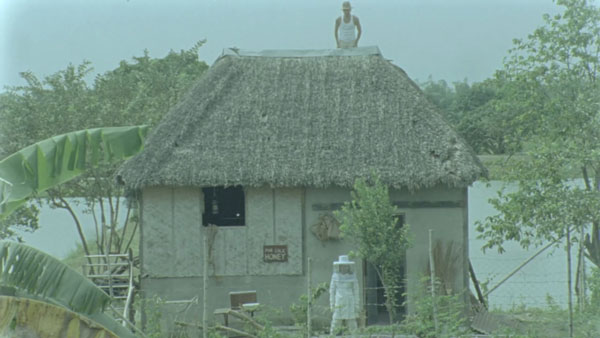 Joining the online film club:
1, Objectifs will ‘photograph’ (e.g. screenshots) and audio/video record this online discussion for the purposes of documentation. We require participants to enter the Zoom call using the same name they have registered with so we may check against the registration list. You may subsequently change your username and switch off your device’s camera if you would prefer not to be photographed or recorded. We will make an announcement about this before we start any documentation.
2, Objectifs is committed to maintaining a safe and inclusive space for this online discussion. By registering for this session, participants agree to abide by the following guidelines:

His feature, The Science of Fictions, made its world premiere at the Concorco Internationale of Locarno International Film Festival 2019 and received Special Mention Award. His latest feature, Jilah and the Man with Two Names, was selected at the Cannes L’Atelier de la Cinéfondation this year.

About the Objectifs Short Film Incubator

The Objectifs Short Film Incubator will run from 1 July – 18 August 2021. It will be held entirely online. Applications closed on 30 April 2021.

Users will be able to rent some of these films to watch in the comfort of their homes, and a wider selection is available exclusively at our centre when we have reopened (contingent on the COVID-19 situation).