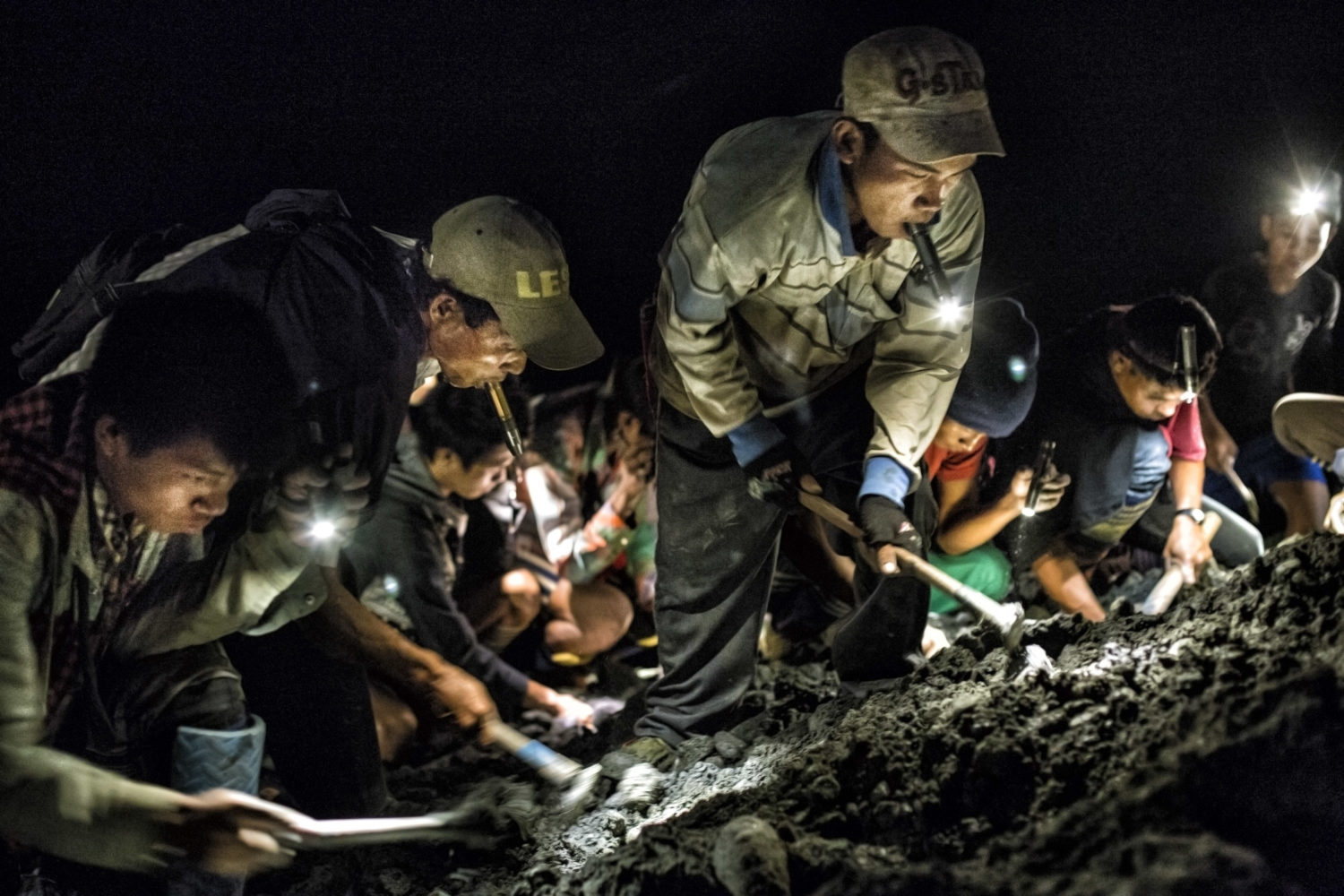 OUT OF THE SHADOWS: NEW BURMESE PHOTOGRAPHY

OUT OF THE SHADOWS: NEW BURMESE PHOTOGRAPHY

Part of Stories That Matter 2018: Borders

The event was followed by a candid dialogue session moderated by Kevin WY Lee, founder of Invisible Photographer Asia, and documentary photographer Minzayar Oo, who was visiting from Myanmar for the opening of his exhibition State of Flux: The Work of Minzayar Oo. They were joined by Chit Min Maung, the now Singapore-based founder of Featured Collectives, a Myanmar street photography collective whose work was also featured in the slideshow.

The following is a transcription of their discussion, which has been edited for brevity and clarity:

Kevin Lee (KL): Maybe we can start by talking about the photography scene in Myanmar now…

Minzayar Oo (MO): We have a lot of photojournalists now. I think this is because in 2010, 2011, the country changed. It became possible for people to not shoot just landscapes and sceneries but to go out in the streets with your camera and shoot news, pictures of people. Before, it was impossible. There are still very few documentary photographers but there are some promising young talents.

KL: Minzayar earlier shared that he never did go through the press route. He jumped straight from quitting his studies in medicine, to picking up a camera doing street photography, and he got his break from a picture he took of Aung San Suu Kyi. How did you make it? Were you just shooting by yourself?

MO: At that time in 2012, I was still studying medicine, and the by-election was coming. [Aung San Suu Kyi] was going to go round to campaign for the by-election. My friends and I said, this is going to be history, so we should follow her, just to document the campaign. At  the end of the campaign I got a chance to start working with Reuters as a part-time stringer or a freelance contributor. I wasn’t really great but after a few days, I got a few good pictures of her and got on the front page of the International Herald Tribune.

KL: So the other name I should mention is Hkun Lat, who did the Kachin work. I met him in Korea two years ago. He was a 19-year-old, and he shoots really well.

MO: Yeah, he is now based in Bangkok. He’s only 21 years old but he’s already producing a lot of work from the frontlines of Kachin. He still comes in [to Myanmar] to shoot for WWF, he’s still getting a lot of good work. He’s been to Perpignan for Visa pour l’image, the biggest photojournalism festival in the world, and he’s been to World Press Photo in Amsterdam.

We don’t have many photographers but there are a few very promising ones. Yu Yu Myint Than, whose work we saw about women in Cambodia who experienced domestic violence (“I’ve Never Told You Before”), is  probably the only one who does conceptual documentary but also has a deep personal story behind [her work]. She’s also done the Magnum Foundation’s Photography and Social Justice Program and an exchange course at Bangladesh’s Pathshala Institute.

KL: I met Yu Yu quite a while back. She was working for the press then but soon after she came for a workshop that we did, she decided to go freelance. I think now she is working with Myanmar Deitta and just started a women’s collective called Thuma.

MO: Yeah, this slideshow was curated last August [before Thuma was started]. My friend Matt Grace who curated the slideshow that we just saw, he’s also the founder of Myanmar Deitta, pretty much the only gallery for documentary photography in Myanmar… He also runs the organisation to support documentary photographers. He’s trying to set up a longer-term school or teaching facility, but there’re a lot of challenges. He’s still working on it.

KL: There’s Myanmar Deitta and there’s of course Featured Collectives for street photography. We must also mention the Yangon Photo Festival. I think quite a few of you actually came out of their competitions and workshops.

MO: Yeah, [the Yangon Photo Festival] is really where I started out as well back in 2010 when I bought a camera and saw an email about a workshop. That’s when I joined and started realising there is a serious kind of photography. I learnt about the power of photography, that you can tell stories with photos.

Back then it was only the first or second edition [of the festival]. This year in Feb-March, they did the tenth anniversary. When it started it was just a very discreet little festival held inside the French Institute, it wasn’t possible at all to do it outside. But now we have exhibited World Press Photo work, a lot of Myanmar photographers’ work, different work like on the Philippines’ drug war, on Afghanistan, in very big public parks and different venues. Hkun Lat also came out of this festival.

MO: When I started shooting jade mines, I didn’t have much funding, and it would take a lot of planning. I was very luckily introduced to this organisation, Natural Resource Governance Institute who wanted to support my work for the first year. The following year they wanted to support me again, but they also wanted to see something different about natural resources.

I discussed with Matt that we should do a collaborative project and try to bring in coal mining, amber mining… because Myanmar has really vast natural resources. We’re really rich in that but the country is not really benefiting from it. Instead of getting the benefits we’re getting all the side effect problems, like conflict, drugs and displacement. So it’s a really big project. We work with four to five photographers each year, so it’s growing. Last year we exhibited at Photoville in New York.

Change, creatives and competition in Yangon

KL: I’ve been to Yangon a few times and each time I went, the change was very visible and very dramatic. Is it, for you, living there every day as a photographer, as someone that is documenting, something that is evident and does that drive you?

MO: That’s a good question. Yangon is my hometown, I grew up there, it’s really changing very quickly and is very visual as well. In my older photos you can see a lot of old cars piled up, now we have all these shiny secondhand Japanese cars.

Living in the city and in the country it’s sometimes very easy for me or for us to forget or never even realise the change. But I’m working as a storyteller, as a photographer, as a journalist, so I have to have this inside / outside view. I’m an insider but I also have to have an outsider view, it’s very important for me to try and realise that, to try and step outside a bit.

That’s why I feel like whatever form of photography it is, like street, or documentary, or photojournalism, it’s very important these days now in our country, because we are documenting [the change]. Whether we’re doing small stories or big stories, ten, twenty years from now, this is going to be history. It’s going to be a record of all these issues that we’re facing. Maybe some of it will be ugly, some of it will be beautiful, but this is going to be the record.

KL: The other flip side to that is that the few times I went to Yangon, there were a lot of people, outsiders there as well, because Myanmar is the hot place to be. There were a lot of foreign journalists, foreign photographers basing themselves there. How do you contextualise that? Maybe added competition for assignments?

MO: I think now there’s fewer foreign photojournalists based in Myanmar. The living expenses can be a bit high, or the Internet’s sometimes not really reliable. But there’s obviously competition for work. Even though I’m already working as a professional and have clients, I may get work for two, three months and it’ll be really busy, and then it’ll be quiet for two, three months.

Us local photographers are quite lucky to have inside knowledge of what’s going on with certain issues, and also have access. There’s still many places foreigners cannot go, like the jade mines, or Rakhine state, or most of the mining areas. Whenever there’s mining there’s always some conflict, some drugs, so there’s some censorship. We still get a lot of work on that.

KL: But for someone like you, most of your assignments are from international press, right? You don’t earn your living from the local press?

MO: It’s still very difficult and challenging for local photographers especially if they’re news photographers. Street photographers kind of have other work, even though though they do still pursue street photography very seriously. For news photographers, an average salary at the local newspaper could be $200 to $800, $800 being the upper end of it. Or a single photo could sell for $30. You can’t make a living with it. So what most of us do is to shoot events, shoot commercial sometimes, work for NGOs.

I’m really very lucky to have started working with Reuters and since then I’ve always been working with international media. I left Reuters and joined Panos Pictures in 2016. I shoot a lot for The New York Times, for magazines like Nat Geo and also freelance for NGOs.

Already I can see there is competition coming up, like Hkun Lat, but that’s very positive. Competition and all this emerging atmosphere is encouraging many other photographers. Like I really admire Featured Collectives.

KL: Chit, maybe you want to talk about Featured Collectives? I think another comparison can be made to a similar group in Thailand called Street Photo Thailand. They started quite a few years ago, and now they’re hugely popular and have produced a few sort of superstars in the international street photography world.

Chit Min Maung (CM): Before I started Featured Collectives, the IPA (Invisible Photographer Asia) website really inspired me. I just took photos and a lot of my friends appreciated it but we didn’t have any chance to show our work to the world. We didn’t have any platform, not like other documentary photographers. I saw a lot of websites like Street Photo Thailand. So I started Featured Collectives. Now I think there are more than 30, 40 members, and usually I post four or five photos a day.

KL: And you’re running this out of Singapore! You have other people in Yangon as well?

KL: A lot of photographers from Myanmar don’t seem to be formally trained. Minzayar comes from a medical background and a couple of others I’ve met are social workers picking up the camera and wanting to go into photography. So is this a trend? I’m assuming because there’s no formal sort of education available to carve out a career being a photographer?

MO: Since digital photography emerged I think it’s been slowly becoming a trend, but now it’s really exploded. Everybody’s got a camera today. It has also become technically easier  to make good photos.

Even though up till today we don’t have proper institutions of photography or journalism, we have a photographic society. In the past this was the only place you could learn photography very seriously, like with senior photographers. But after the Internet arrived in our country we could just look up digital photography tips. The Yangon Photo Festival is now also doing workshops around the country.

Stories That Matter: Borders continues at Objectifs with the exhibition State of Flux: The Work of Minzayar Oo (till 15 Apr, Lower Gallery) and What Works (till 29 Apr, Courtyard). Admission is free.

Read highlights from Minzayar Oo’s artist talk and seminar here and visit our website’s News & Recaps section for coverage of past events at Objectifs. 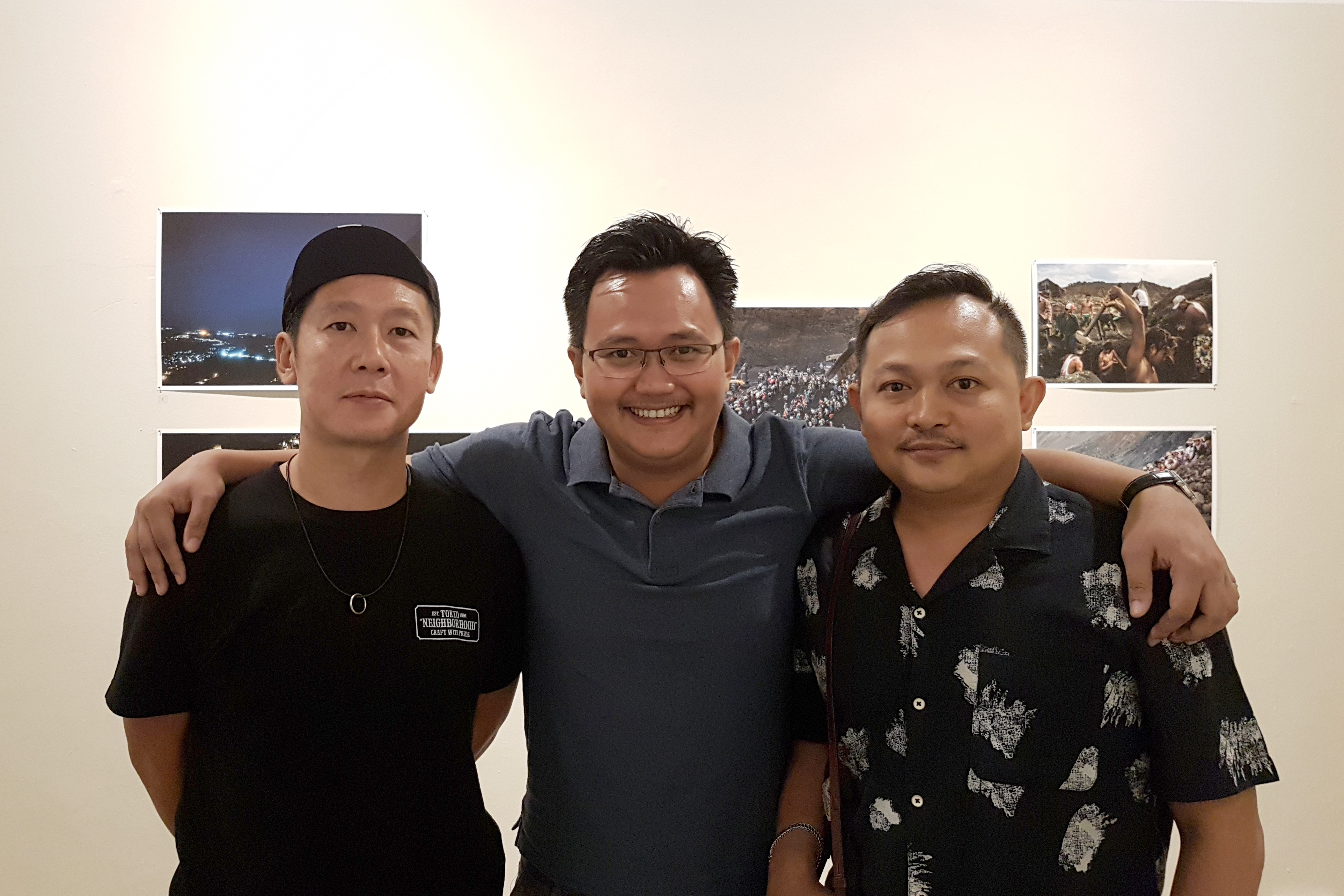