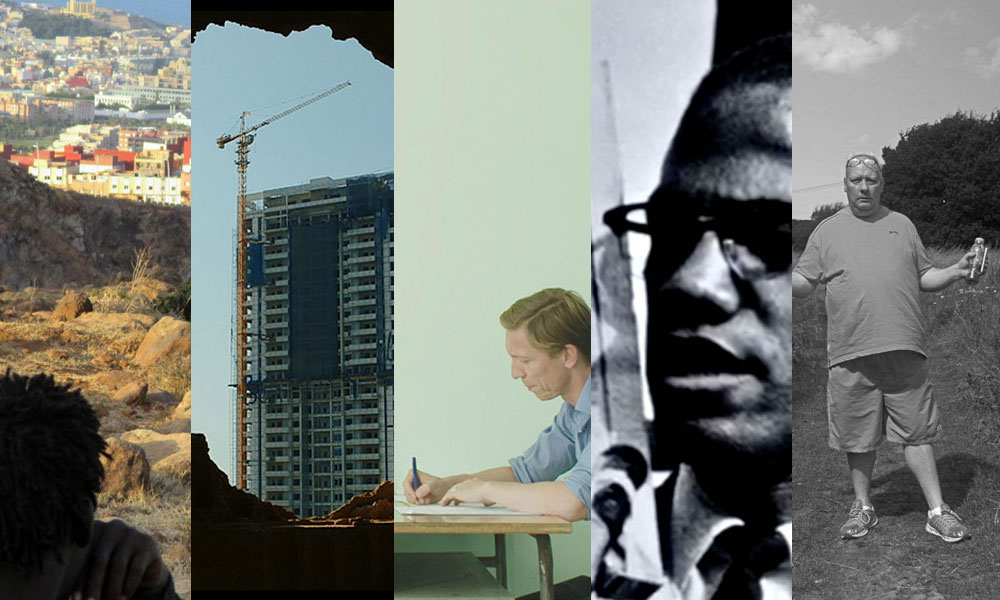 In conversation with Stories That Matter 2018 programmer Chelsea Chua

Stories That Matter, Objectifs’ annual programme looking at critical issues in our world through photography and film, returns in March. Themed “Borders”, this year’s edition presents strong statements through the lens of film and photography that confront the impact of geographical, social, and psychological borders on critical issues affecting all of us today, and looks at possibilities for collaboration and change.

We speak with Stories That Matter 2018 programmer Chelsea Chua about the choice of theme and the multitude of programmes in store.

How did you decide on the theme BORDERS for Stories That Matter 2018?

When deciding on a theme for Stories That Matter, I try to choose a word or phrase that reflects the current state of affairs, while also allowing for broader exploration beyond very immediate events. In the past few years, the world has been inundated with news and imagery about migration and divisiveness, whether it is about events such as the Syrian war, or closer to home with the Rohingya refugee crisis.

Yet the tensions and anxieties that arise from people crossing national borders or challenging the status quo have been present since time immemorial. The theme of BORDERS allowed us to look at these very current, immediate issues, while delving deeper into their historical, social and cultural context.

The film programme for Stories That Matter 2018 comprises five independent documentaries premiering in Singapore. What were some of the criteria you had in mind when curating these films, which relate to the theme of Borders from incidents in the past (like the civil rights movement in I Am Not Your Negro), to the present (or even near-future, like Brexitannia which touches on Brexit, whose outcomes are yet to be fully seen)?

Some of the most daring, exciting films being made in recent years are documentaries. As a centre for film, it’s important that we showcase some of the new and groundbreaking ways in which documentary filmmakers are choosing to tell stories. Some of them are experiments with visual language, such as the incredible cinematography and sound design in Taste of Cement, and some are experiments with narrative form, such as in Stranger in Paradise, which highlights the plight of newly arrived migrants to Europe through a social experiment in a classroom setting.

We also chose films that showcased under-represented points of view, such as in Those Who Jump, which was made by a young African migrant hoping to cross into Europe, and Brexitannia, which surveys a cross section of British society about their decision to remain in or leave the EU. At the same time, a film such as I Am Not Your Negro is a reminder that many of the issues faced by minority and disadvantaged communities have historical precedent, and that the struggle for equality, justice and opportunity is long and difficult. In a time where many of us live in an echo chamber of assenting opinion, it is critical to present diversity and new perspectives in order to start bridging gaps and offering solutions.

The photography component of Stories That Matter 2018 has a strong focus on Myanmar, with an exhibition and seminar by Minzayar Oo, and a slideshow of new Burmese photography. How did this come about?

As an arts space located in Singapore, it’s important to be aware of the work that photographers based in this region are doing, and share stories of different communities. We had been aware of Minzayar’s work for sometime. His work on the exploitative nature of jade mining in Kachin, Myanmar, and his documentation of the Rohingya who have been displaced from their homes, are exceptional pieces of storytelling that we were eager to present to a Singapore audience.

Documentary photography is in a relatively incipient stage in Myanmar and since the end of Burmese military regime, there is a new generation of photographers emerging that has been doing some exciting work, documenting the political, social and personal impact of the country’s transition to a civilian government. To this end, we invited Matt Grace from Myanmar Deitta to curate a slideshow of new Burmese photography, which we hope will give audiences here a taste of Myanmar’s photography scene.

Objectifs has collaborated with the Magnum Foundation to present short films and an outdoor photography exhibition from their What Works initiative, that “addresses bridge-building amongst groups that might otherwise be in conflict”. Was it a conscious decision to present works which are perhaps more optimistic, which demonstrate the possibility of overcoming the challenges borders present?

Yes, it was vital to be able to offer these visual stories of communities that were able to overcome their differences to co-exist in harmony, to give a sense of possibility or hope in the midst of exploring some very dark and heavy subject matter. What stood out in What Works was that these stories were often of relatively simple, ground-up initiatives by people who sought to overcome conflict, or historical instances where vastly different communities have able to live side by side in peace for years.

What would you like visitors to take away from Stories That Matter 2018?

What we’ve tried to do with Stories That Matter each year is to provide different points of access to Objectifs visitors. So whether it’s the What Works outdoor exhibition that catches the eye of a casual passer-by, someone who attends a screening, or a seminar participant who is deeply interested documentary storytelling, we hope that each of them comes away inspired and informed by new perspectives.

Stories That Matter 2018: Borders runs at Objectifs from 16 Mar to 29 Apr. View the full programme on our website and purchase your screening and seminar tickets, and RSVP to free events now.