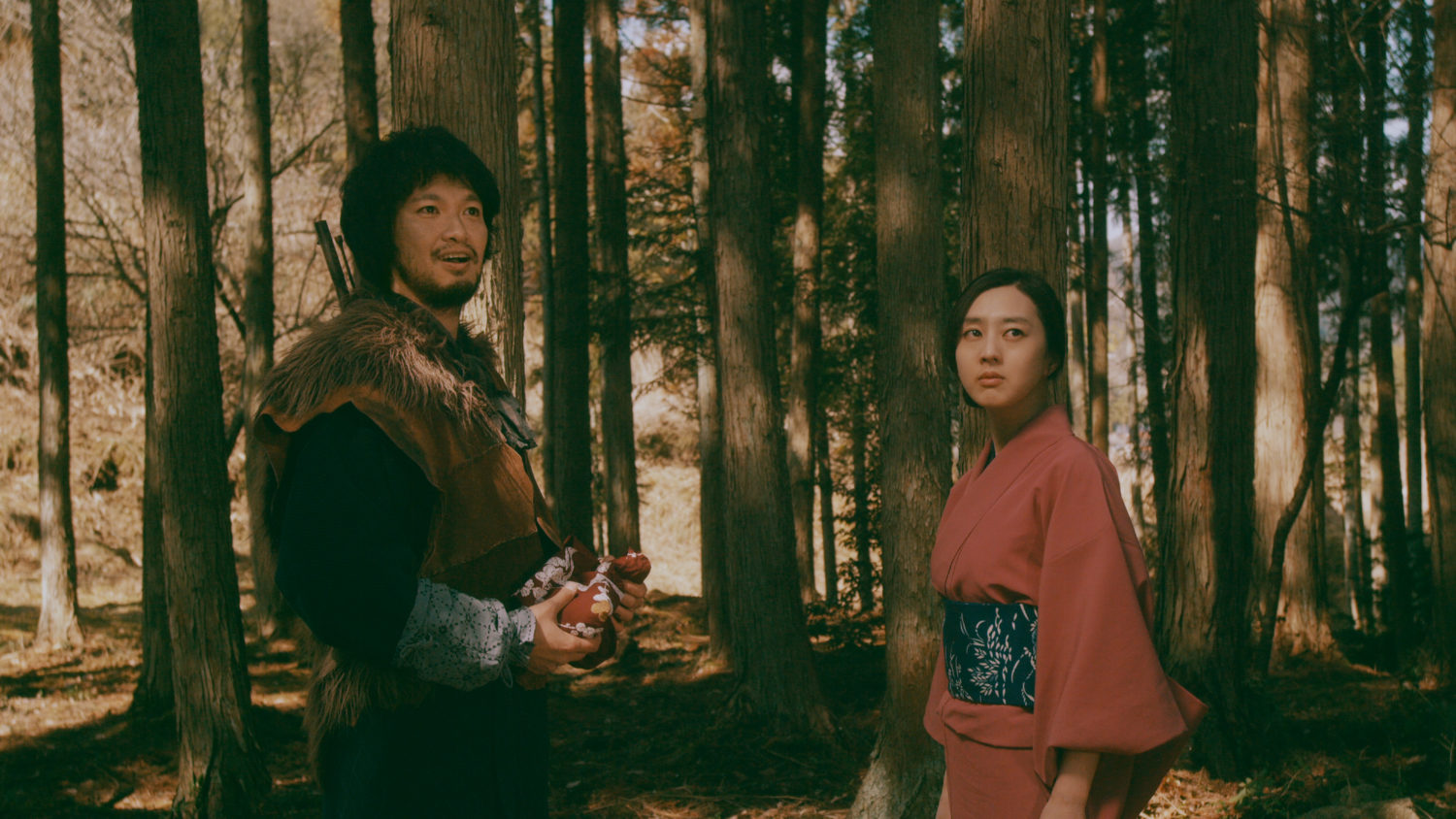 From "Snow Woman" by Kiki Sugino
Women in Film & Photography

For the third edition of Women in Film, we feature the voices and verve of women in an arena that has been traditionally dominated by men. In celebrating the achievements of women working in the film industry, this edition of the programme highlights the career of Kiki Sugino, a versatile director, producer and actress hailed as a “muse of Asian indie cinema”, alongside a selection of groundbreaking feature-length and short films from Europe, the United States and Singapore.

Women in Film is part of Objectifs’ annual Women in Film and Photography showcase. The programme celebrates extraordinary and groundbreaking works by women photographers and filmmakers, highlighting the important contributions that women make to the arts.

Kiki Sugino will give a free public seminar, about her career and the Japanese film industry, at Objectifs on Sat, 21 Oct, 3pm to 5pm. Read a recap of her seminar here.

Tickets are available at $8 per screening session on a first-come-first-served basis. To purchase tickets, please go to: http://womeninfilm2017.peatix.com. Limited tickets are also available at the door.

Members of the Singapore Film Society are entitled to a special discounted price of $6 per ticket. Please note that you may be asked to present your membership card at the screening venue.

Ticket holders to the screenings can enjoy a special pre-screening menu at Artichoke restaurant. View the menu and associated terms and conditions here.

Neither refund nor exchange of tickets is allowed once booking is confirmed.

Odayaka / 102 min / 2012 / Nobuteru Uchida / Japan / Rating TBC
Two married couples live in the same apartment building in a metropolitan area. Yukako and Tatsuya, who always wanted a child but were never blessed with one, and Saeko and Noboru, with their daughter, Kiyomi, born of an unintended pregnancy that led to their marriage. On March 11, immediately following the Great East Japan Earthquake, there is nothing the wives and child can do except wait patiently for their husbands’ return. Their anxiety and loneliness keep increasing.

Kyoto Elegy / 94 min / 2014 / Kiki Sugino / M18 (Consumer Advice: Sexual Scenes)
Set after the Fukushima disaster, Kyoto Elegy tells the story of Watanabe, a shy and awkward lay student, and his relationships with three women who become involved with him at different points of his life.
Through its depictions of the vastly different connections he has with these women, the film critiques Japanese social conventions while providing insight into the psyches of younger Japanese.

Snow Woman / 95 min / 2016 / Kiki Sugino / Rating TBC
One snowy night, in a mountain hut, Minokichi, a hunter, sees a snow woman kill his mentor Mosaku. “Should you tell anyone, I will take your life,” she says, then drifts off. A year later, Minokichi meets and marries a beauty named Yuki. She bears him a daughter, Ume.

Fourteen years pass and Ume blossoms into a radiant lady who befriends a sickly Mikio, the village leader’s son and Mosaku’s distant relative. Mikio soon dies in the same hut as Mosaku, with his body showing the same frostbite scars. Minokichi is reminded of that horrid night and wonders what it was that he saw, and who Yuki really is.

Title
Big changes await 10-year-old Zaineb from Tunisia: her mother takes her to Canada, to move in with her new husband and his kid. A playful and emotional look into the widely discussed integration process of a young Muslim family and the true meaning of a “patchwork family”.

Covering six years in the life of a charismatic young Tunisian girl and her changing family life, Zaineb Hates the Snow is a beautiful and poignant coming-of-age documentary told through the eyes of a wide-eyed little émigré.

Pussy / 9 min / 2016 / Renata Gasiorowska / M18, Consumer advice: Sexual content
A young girl spends the evening alone at home. She decides to have a sweet solo pleasure session, but not everything goes according to plan.
Woman at Home / 12 min / 2017 / Megan Wonowidjoyo / PG
A homemaker devotes her life to taking care of her husband and children. A day in a homemaker’s life is the same every day; she does her chores surrounded by pots and pans; her love for her husband spurs her on. But one day, everything is changed.
Joy Joy Nails / 19 min / 2017 / Joey Ally / PG13
Sarah manages Joy Joy Nails with a cheerful iron fist — but she gets her manicured claws out when Chinese Mia, a manicurist trainee, looks to be stealing the boss’s son’s affections, soon discovering that under the varnish, everyone’s a victim.

Wu Song Slays the Seductress / 12 min / 2017 / Kirsten Tan / NC16
A contemporary reinterpretation of a chamber piece extracted from a chapter of one of China’s four great classical texts, “The Water Margins”. Wu Song Slays the Seductress is a dance of seduction and murder between Wu Song, the tiger-slaying hero, and Pan Jin Lian, Chinese literature’s most enduring and notorious femme fatale.

The Pursuit of a Happy Human Life / 11 min / 2016 / Gladys Ng / PG
Steph is leaving Singapore and her best friend Yokes is trying to come to terms with this news. Both friends know that this day is probably the last day they will spend time together before Steph leaves. They attempt to go through the day with their usual banter, despite awkward moments. But tensions rise when Yokes is unable to deal with her emotions about Steph leaving.

The Divine Order / 96 min / 2016 / Petra Volpe / R21 (Consumer Advice: Sexual Scene / 性相关画面)
1971: Nora is a young housewife and mother living in a quaint little village with her husband and their two sons. The Swiss countryside is untouched by the major social upheavals the movement of 1968 has brought about. Nora’s life is not affected either; she is a quiet person who is liked by everybody — until she starts to publicly fight for women’s suffrage, which the men are due to vote on in a ballot on February 9, 1971.

The Rehearsal / 102 min / 2016 / Alison Maclean / NC16 (Consumer Advice: Some Sexual References and Nudity)
Stanley, a naive first year drama student, seeks to impress his charismatic tutor, Hannah. When Stanley’s group hits on a sex scandal involving his young girlfriend, Isolde, as the inspiration for their end-of-year show, he finds himself in morally tricky territory. The Rehearsal is adapted from the novel by Man Booker award-winner Eleanor Catton, and directed by Alison Maclean, whose previous works include feature films Jesus’ Son and Crush.

Nobuteru Uchida first made a documentary and a short film before he won several prizes at film festivals worldwide with his first feature Kazaana (2007). Love Addiction (2010), his second feature, won the major award at the Tokyo FilmEx Festival.

Kiki Sugino boasts a prolific career as an actress, director and producer. She won the Best New Actress Award at the Yokohama Film Festival for Hospitalité (2010). Her directorial debut Kyoto Elegy premiered at the Toronto International Film Festival (TIFF) in 2014, and Snow Woman premiered there in competition in 2016.

Kaouther Ben Hania studied cinema in Tunisia and in Paris (Femis and la Sorbonne). She directed several shorts including Wooden Hand, which had a long and successful run on the international festival circuit. Her documentary film Imams Go to School premiered at IDFA 2010 and was selected for many prestigious festivals. Challat of Tunis, her first feature film, opened the ACID section at the Cannes Film Festival 2014. Zaineb Hates the Snow, which was shot over six years between Tunisia and Canada, premiered at the 2016 Locarno Film Festival.

Renata Gąsiorowska is an animation student and cartoonist from Krakow, Poland. In 2010, she graduated from The National School of Fine Arts in Krakow. She is currently a 5th year student under the Film Animation and Special Effects Department at the Polish National Film School in Lodz.

Megan Wonowidjoyo is an artist / animator and film editor in Singapore. Megan’s animation “Libertas” won the Best Screenplay at the 6th Indonesian Film Festival 2011 Short Film competition and was a finalist for Best Short Animation at the prestigious AFI Fest 2011, Los Angeles. Her distinctive animation “Study of a Singaporean Face” was commissioned for the opening of the National Museum of Singapore in 2015. “Woman at Home” is Megan’s first debut short film.

Joey Ally is a New Yorker who currently lives in Los Angeles. An alum of Amherst College, Joey first studied directing assisting Megan Griffiths, then Lynn Shelton, on set. She is a fellow of the Tribeca/Chanel “Through Her Lens” program, the American Film Institute Directing Workshop for Women, and the AFI/Fox Directors Lab. Prior directing credits include the short films MINIMUM WAGE (Palm Springs International Short Fest 2015), and PARTNERS (Sundance 2016).

Gladys Ng’s recent short film, My Father after Dinner, was awarded the Best Singapore Short Film at the 26th Singapore International Film Festival. She was trained in writing and directing at the Victorian College of the Arts, Melbourne, Australia, and in 2012, participated in FLY ASEAN-ROK in South Korea. She developed her new short film earlier this year during a film residency under Objectifs.

Kirsten Tan’s work has screened at film festivals in Singapore, Rotterdam, Toronto, and Busan. Spotlighted by CNN’s “Ones to Watch”, she has received numerous international awards, including best Southeast Asian short film (Dahdi, 2014) at the Singapore International Film Festival, and Ella was entered into MoMA’s permanent film collection. Her debut feature, Pop Aye, was developed at Berlinale Talents Program, Cannes Atelier, and TorinoFilmLab. Pop Aye was awarded the Special Jury Award for Screenwriting at the 2017 Sundance Film Festival.

Swiss/Italian director and writer Petra Volpe studied film at the Film Academy “Konrad Wolf” in Potsdam-Babelsberg. During her studies, she wrote and directed several short films. After she got her Master’s Degree in 2003 she proceeded to work as a freelance writer and director. Volpe’s films have won numerous awards. She is based in New York and Berlin.

Born in Canada and raised in New Zealand, Alison came to international attention when her short film Kitchen Sink was nominated for a Golden Palm at the Cannes Film Festival and won eight awards at festivals worldwide. She followed up her success with two feature films: Crush, which was an official selection at Cannes, and Jesus’ Son which won the Little Gold Lion at the Venice Film Festival and earned her a Best Director nomination. She has co-directed the documentary Person of Interest and the comedic documentary/narrative hybrid Intolerable as well.

Alison has also directed episodes of TV shows like Sex and the City, The Tudors, The L-Word and Gossip Girl, TV commercials and music videos including Torn for Natalie Imbruglia.