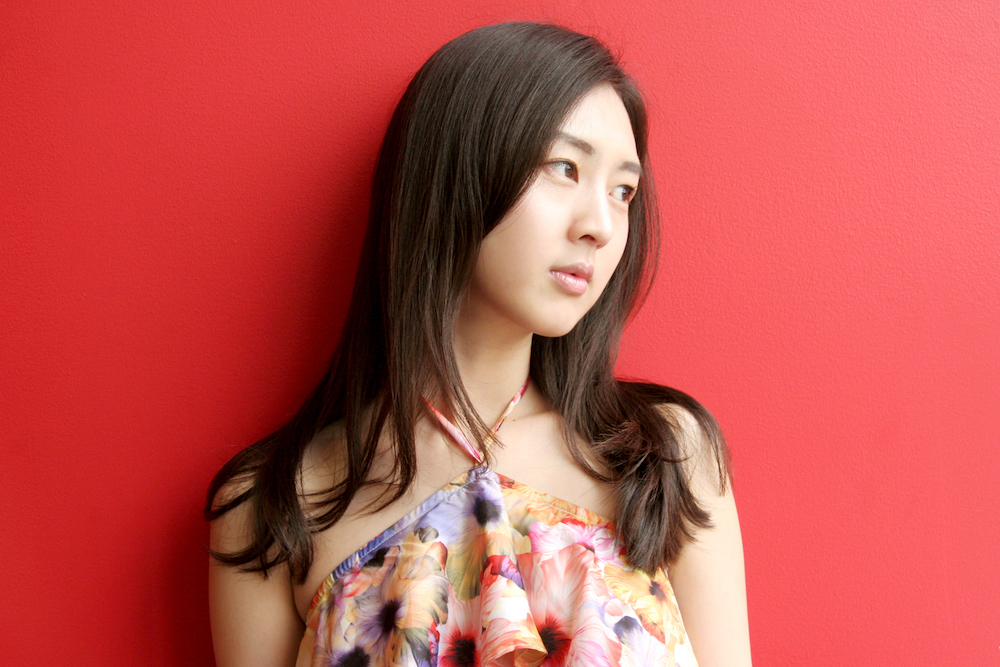 Objectifs’ annual Women in Film programme this year spotlights filmmaker Kiki Sugino, a director, producer and actor hailed as a “muse of Asian indie cinema”. Three of her films — Odayaka, Kyoto Elegy and Snow Woman — had their Singapore premieres at Objectifs last weekend.

Kiki was in town to participate in post-screening Q&A sessions and also gave a public lecture on her successful career, her commitment to working beyond many types of borders and how women can thrive in the film industry.

Read on for five key takeaways from her talk.

1. Stay committed to your career goals.

Kiki was born and raised in Japan, but to Korean parents. She went to Korea in the early 2000s as a university exchange student. At this time, there was a “huge Korean wave” and directors Kim Ki Duk and Lee Chang Dong were popular. Kiki “couldn’t speak Korean at all” till then, but wanted to act in Korean films.

After a year in Korea acting in two films — One Shining Day (2006) and a small role in Kim Ki Duk’s Time (2008) — Kiki considered her future carefully. Aware that her Korean was “not 100%” and that “in order to be successful you need to command the language well”, she decided to return to Japan to study acting. She declined offers to join a girl group or become a TV idol, and after a year’s stint as a professional singer, was certain she still wanted to act in films.

2. If you don’t see roles you like, find ways to create them.

Back in Japan, Kiki acquired further acting experience in Clearness (2008), but realised she “wanted to take on roles she liked more”. She felt that she could play a part in creating such stories as a producer.

She embarked on a coproduction with Yasmin Ahmad, the veteran Malaysian filmmaker, who died suddenly just two months before they were due to shoot. While the project was canned, their effort didn’t entirely go to waste. While pitching it at the Pusan Promotion Plan, Kiki met two other Malaysian directors, Edmund Yeo and Lim Kah Wai.

She went on to produce her first short film “Exhalation” (2010) and first feature film Magic and Loss (2010) with them respectively. “So in a way, Yasmin introduced me to them,” she said.

3. Turn diversity — or the lack thereof — to your advantage.

Kiki has worked on co-productions involving up to seven countries, such as Magic and Loss. Used to the “very regimented” style of Japanese shoots, she was initially “surprised by the slack atmosphere” in comparison when working in Southeast Asia, as she also did on Taksu (2014), her second directorial effort shot in Bali. More than half the cast and crew on this film were Indonesian, and she “liked their laidback, ‘let it be’ attitude”. She said of these experiences: “I learnt everybody is different. I needed to appreciate and accept all these differences.”

Even her decision to venture into Southeast Asia was not incidental. She deliberately chose Thai film editor Lee Chatametikool to edit Taksu over a Japanese film editor in order to “incorporate the viewpoint of Southeast Asia to appeal to a pan-Asian audience”.

As a filmmaker, Kiki has also noted the absence of certain kinds of diversity and made decisions accordingly. For example, she wanted to work with director Koji Fukada and he sent her a short film script. But, aware that there were “few or no occasions to screen short films” in Japan then, she thought, “why not aim for movie theatres, so we can reach more audiences”? They developed the short film script into a feature-length film, Hospitalité, which went on to screen at almost 100 international film festivals.

Similarly, Kiki was aware that in Japan, where there is still a market for DVD sales, there is a latent expectation to “cater to male viewers through eroticism”. She said, “I detest this kind of attitude. Financing will ask whether the female cast show their breasts or not. It becomes the focal point, which is nonsense. It is not to service male viewers but whether it’s relevant to the story.” In her films Taboo and Taksu, she pushed back against this with a conscious intention to show “eroticism from a female point of view”.

Kiki emphasised the importance of marketing films at international film festivals, and that attending them is “not only to screen your current film but to make contacts for your next project”. She said, “Once you get the festival booklet, email all the programmers listed inside. Then, 50 more festivals will consider you.”

Kiki also maintained her relationships with people she met so that they could connect when the time was right. For example, she remained in touch with director Adolfo Alix Jr. from the Philippines through three festivals — Osaka, Busan and Rotterdam — before they had a chance to work together on his film Kalayaan.

As a producer, Kiki described Odayaka, about the aftermath of the 2011 Great East Japan Earthquake, as “the most difficult to make” due to disapproval in Japanese society about discussing nuclear power and radiation, but also the one she “had to make or else couldn’t move on” — she was born in Hiroshima. She circumvented local sensitivities by consulting with an American producer and completing post-production in the US. By opting for a fictional take, she could not only get away with expressing more but also differentiated her film from the slew of documentaries on the same subject.

5. Pay it forward to help the industry grow.

According to Kiki, the Japanese film industry is very polarised between major, big-budget productions and small indie projects. When promoting films, PR companies often dismiss smaller cities — which Kiki finds a shame, for they have “strong indigenous culture” — and sometimes “don’t know much about the movies they’re promoting”. The “very few capable PR people” have to decline projects if they’re already overloaded, and so she feels there is an urgent “need to nurture good PR persons”.

Japan also has acclaimed female directors like Naomi Kawase and Miwa Nishikawa, but in Kiki’s opinion, there are not many platforms or opportunities locally for them to come together for “exchanges”. Referring to Japan’s first female film director Tazuko Sakane, Kiki said, “Her existence a long time ago is encouraging for me but some of what she struggled with could still be my struggles too”. Regardless of gender, she insisted, everyone needs to work together for the development of the Japanese film industry.

Women in Film 2017 continues at Objectifs this week with feature films and a short film programme.

View the line-up here and buy tickets at $8 each ($6 for Singapore Film Society members) online or at the door. 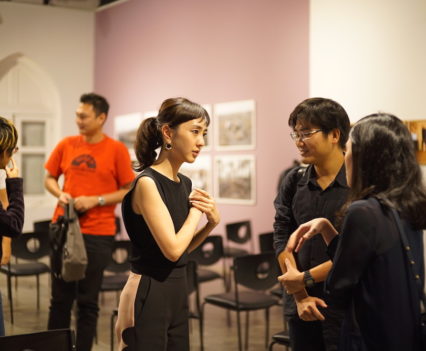 Kiki Sugino speaks with members of the Singapore film community before the screening of her film “Odayaka”. 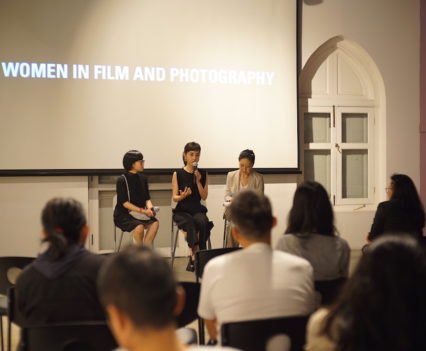 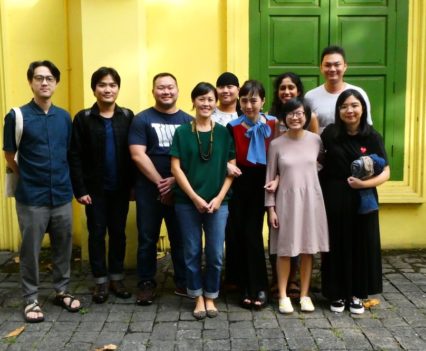