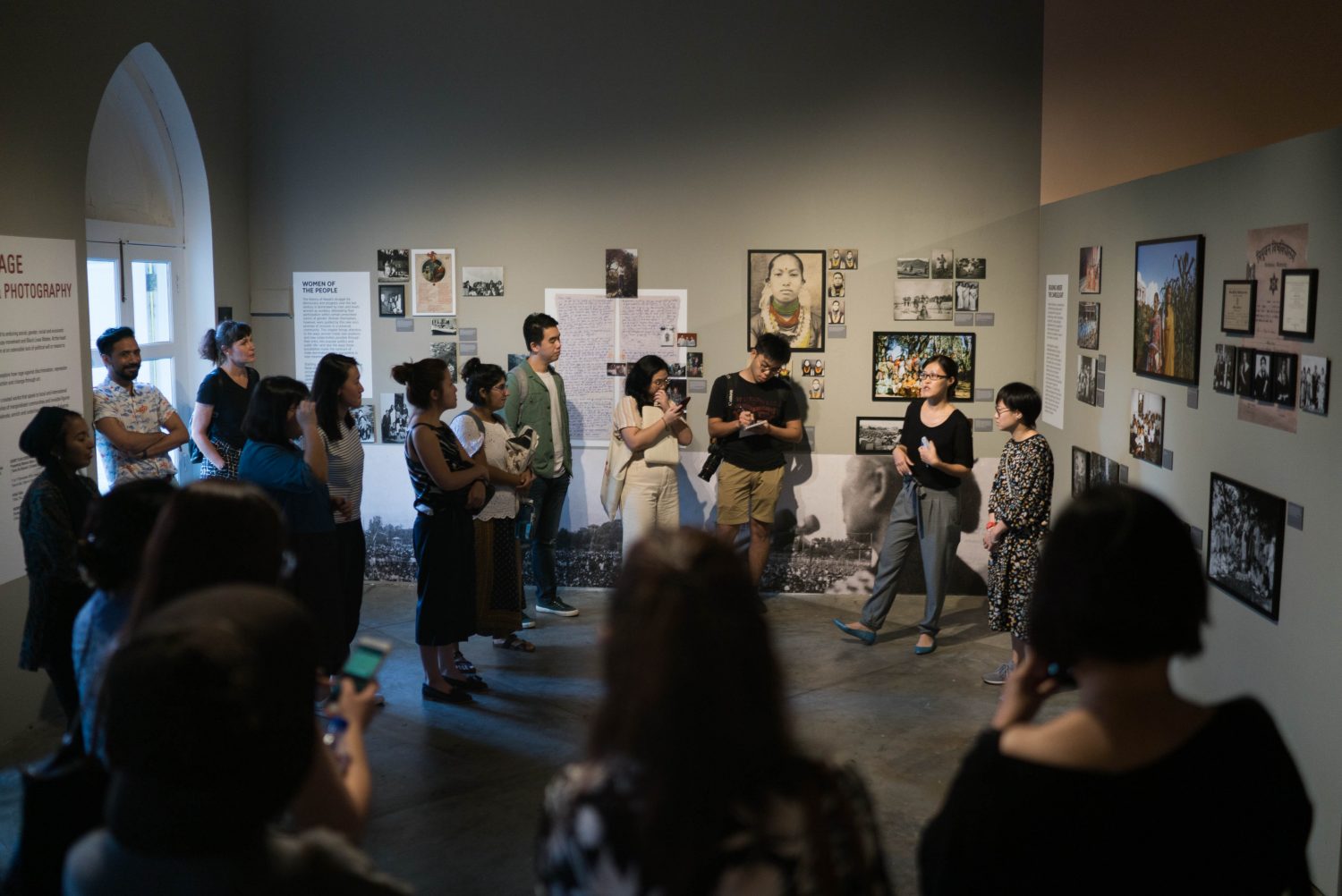 Objectifs’ fifth Women in Photography exhibition opened on 10 Oct 2019 with the theme Remedy for Rage. Read on for a recap of the artist talk by one of the featured photographers, Ashfika Rahman. 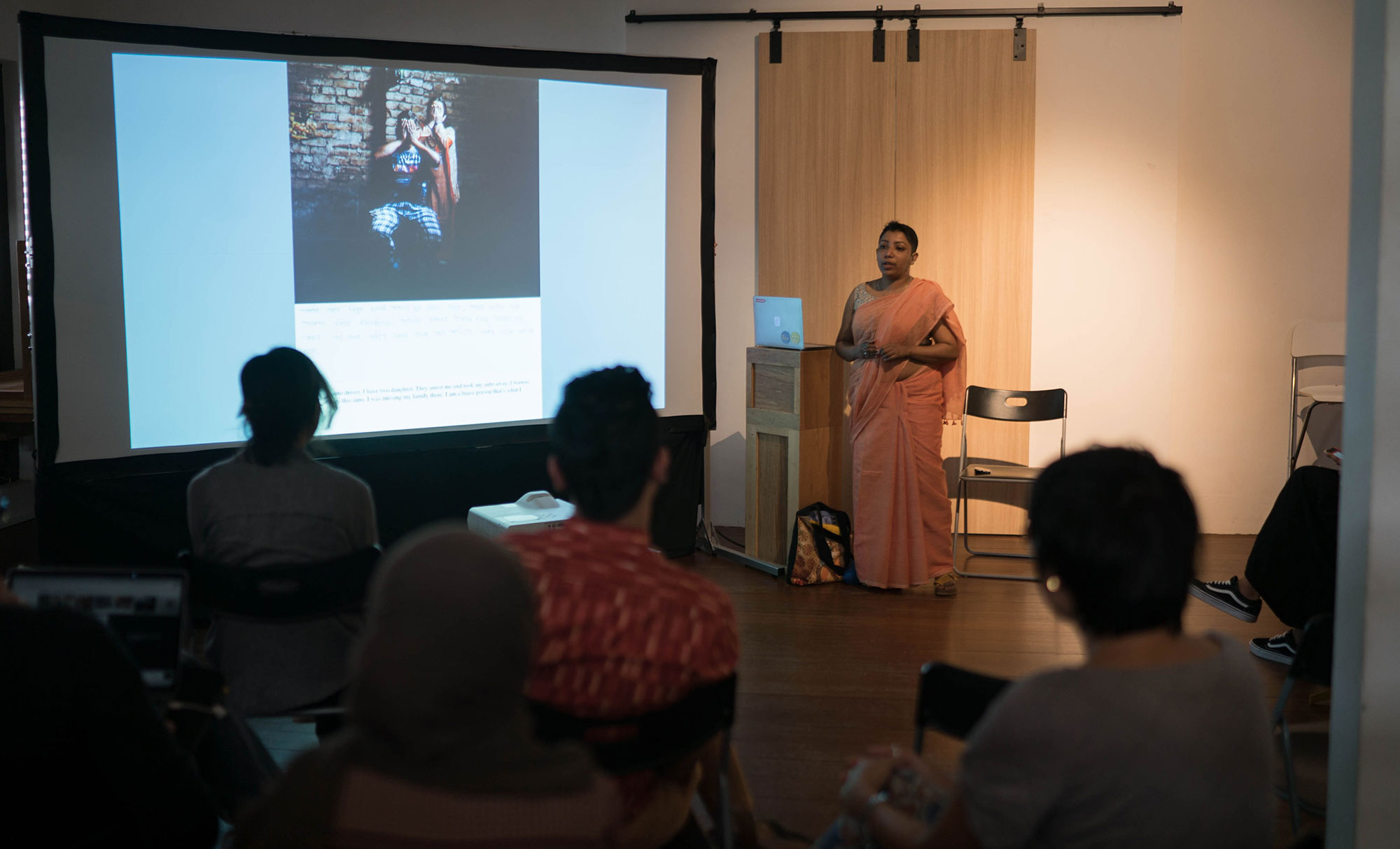 Ashfika Rahman gives her artist talk on her art practice and her series “Files of the Disappeared”.

Ashfika Rahman grew up conscious of social issues as her mother, a social worker, would sometimes host people she supported in their home. Ashfika would sometimes assist her cousin, a pictorial photographer, and took a short course at Pathshala South Asian Media Institute, where she learnt about telling stories or sharing one’s perspective through visuals, and realised this was “exactly what [she] wanted to do”.

Ashfika said: “Whenever we are working in any media, we should look inside ourselves.” As she worked on numerous assignments, it became apparent that she had an interest in “social issues, people, their problems, pain”.

In her third year, she started her first long term project, Rape is political, which is set in the Khagrachari hills, a mountainous area at the border of Bangladesh, Myanmar and India. Young indigenous girls and women living there have been raped. Ashfika made portraits of the survivors, whom law enforcement does not assist, while their own community believes their purity has been compromised. Ashfika said of her process:

“How can I express complex politics in one photograph? How can I make the individual images more than photographs? I wanted to make a volume of documents, so that the issue could not be ignored, and claimed as random incidents.”

“Photojournalists’ photographs do not tell everything, they are subject to media censorship too. As an artist, I have the tools and I have the privilege to cover the same subject in a different way which cannot be told in the mainstream media.”

Each element in the Rape is political portraits is a deliberate decision. “The survivors are strong and should be represented with dignity and power. The handmade works and words are a tribute to the indigenous people. Finally, my point was to confront viewers. We have to question why we do not expect that victims can be graceful and strong. They should not have to hide their faces, criminals should be the ones doing so. At the same time, I have to be responsible on what I reveal of people’s identities, even if they do not express any reservations. So, we chose motifs from their own clothes to partially obscure some revealing details.”

Files of the Disappeared, currently exhibited at Objectifs, bears similarities to Rape is political. Ashfika said: “My purpose was to make a file of people who have been disappeared by law enforcement agencies. According to domestic records more than 400 people disappeared in 2014 and more than 4,000 before the elections. Some came back, some didn’t, and some of those who did weren’t allowed to speak about it.

Some of the formerly disappeared who returned were going through depression, anxiety, suicidal tendencies. Some may desire to join militant or extremist groups as they had fear, anger and revenge on their minds. They couldn’t pick up their former lives when they returned. I roped some psychologist and counsellor friends into the project. I wanted to create a movement to let them connect with each other and heal together. I may not follow their journeys forever, but they may follow each other. I am still trying to find ways to tell such stories.”

Women in Film & Photography: Remedy for Rage’s ongoing exhibition and short film installation continues at Objectifs till 17 Nov. (Open Tues to Sat, 12pm to 7pm and Sun, 12pm to 4pm)

Join us for the following events this week:

Recaps of the post-screening discussions for selected films from Women in Film: Remedy for Rage are also available on our website. Our other photography artist talk recaps can be found here.