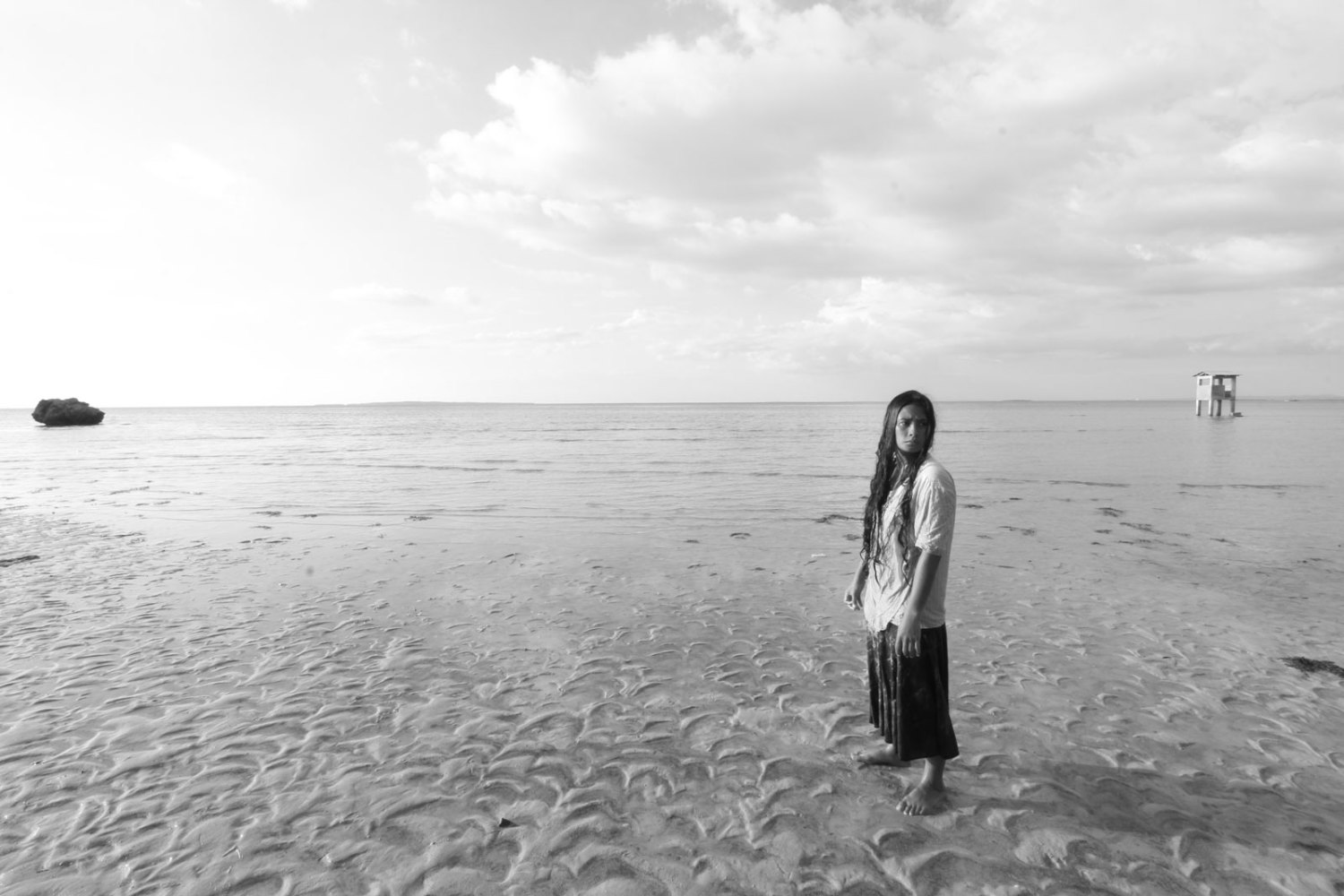 A look at personal stories that have universal impact

Stories That Matter features documentaries, essays and narratives that look into the societal and cultural aspects of our world. Sometimes critical, sometimes tongue-in-cheek, sometimes heartbreaking – these stories may be personal, but the themes and impact are often universal.

In our series of screenings and post-screening discussions, we hope that these frank yet thought-provoking shorts and feature films help to create an awareness and understanding to issues surrounding us. Objectifs is also pleased to be working with Ed Kashi, Sim Chi Yin and Jessica Dimmock, three photographers from the internationally renowned VII Photo Agency, in a line-up of documentary photography workshops that will explore social issues and personal photo essays.

Watch our recaps from the 2016 programme here:

12 MARCH / MAKING DOCUMENTARIES
A seminar about documentary making with Katsumi Sakaguchi, one of Japan’s most talented filmmakers.
11am – 1pm / Workshop Space, Objectifs

From environmental crises to personal stories, this lineup of documentary and fiction films gives insight into the meta and micro narratives that impact our lives. Featuring an international selection of short and feature films from countries such as Iran, The Philippines, the United States and Singapore.

Screenings are free but pre-registration is required via Peatix: http://storiesthatmatter.peatix.com

7.30PM / 100 MIN
The 100 Years Show by Alison Klayman
Image Makers: A Guide to the Flora and Fauna of the World by Jow Zhi Wei
A Souvenir from Switzerland by Sorayos Prapapan
The Four HDB Blocks of Siglap by Tay Bee Pin
Image Makers: Darren Soh by Chai Yee Wei
Lucid Reminiscences by Wattanapume Laisuwanchai
Heart of Stone (Pusong Bato) by Pam Miras

Note: Due to unforeseen circumstances, Jessica Dimmock will not be able to attend this panel discussion. We apologise for this change in programme.

Dying to Breathe by Sim Chi Yin / Singapore / 15 min / PG
Gold miner He Quangui is among six million Chinese workers with pneumoconiosis. Shot over four years, the film intimately documents the final stages of his struggle with the disease.

The Ninth Floor by Jessica Dimmock / USA / 13 min / M18
The Ninth Floor documents a group of addicts who moved into the apartment of a former millionaire in a wealthy neighborhood in downtown Manhattan. Joe Smith, in his mid 60s, allowed a young addict to move into a spare bedroom in his large three-bedroom apartment in hopes of gaining rent. Several years later, a fully addicted Joe no longer had a bedroom and as many as 12 to 15 young addicts stayed at any given time. All electricity and hot water had been turned off and anything valuable had long been sold to feed habits. This project documents the residents of this space leading up to their eviction and follows several of them after as they face jail and sickness, fight and love, attempt to get clean, sink deeper into addiction, go to jail, start families and struggle to survive.

Syria’s Lost Generation by Ed Kashi / USA / 15 min / PG
Since civil war broke out in Syria in March 2011, unyielding violence has left more than 2 million people displaced. More than half of them are children. Talking Eyes Media and photojournalist Ed Kashi have collaborated with the International Medical Corps to illustrate the chaotic effects of the war on Syria’s refugee youth population. 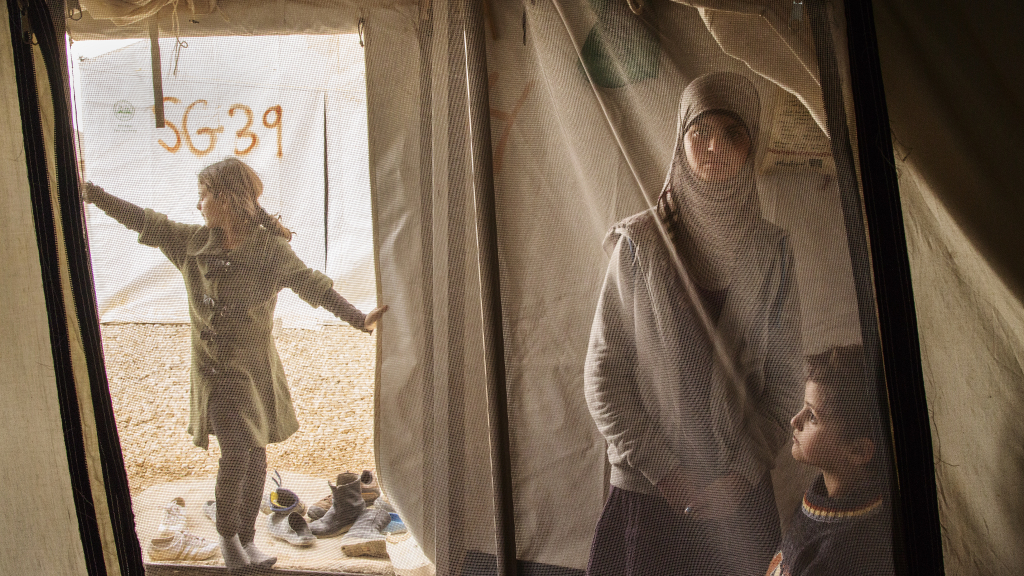 Reach For the SKY by Steven Dhoedt and Choi Wooyoung / South Korea / Belgium / 90 min / PG
Every year, on the 2nd Thursday of November, the entire country of South-Korea is put to the test. That day, more than half a million senior high school students take part in the National University Exam, better known as Suneung. ‘Reach for the SKY’ tells the story of several South-Korean high school students, their families and teachers, as they prepare for the annual National Exam. The exam will not only determine where the high school seniors will attend university but ultimately also their status in the Korean hierarchical society. 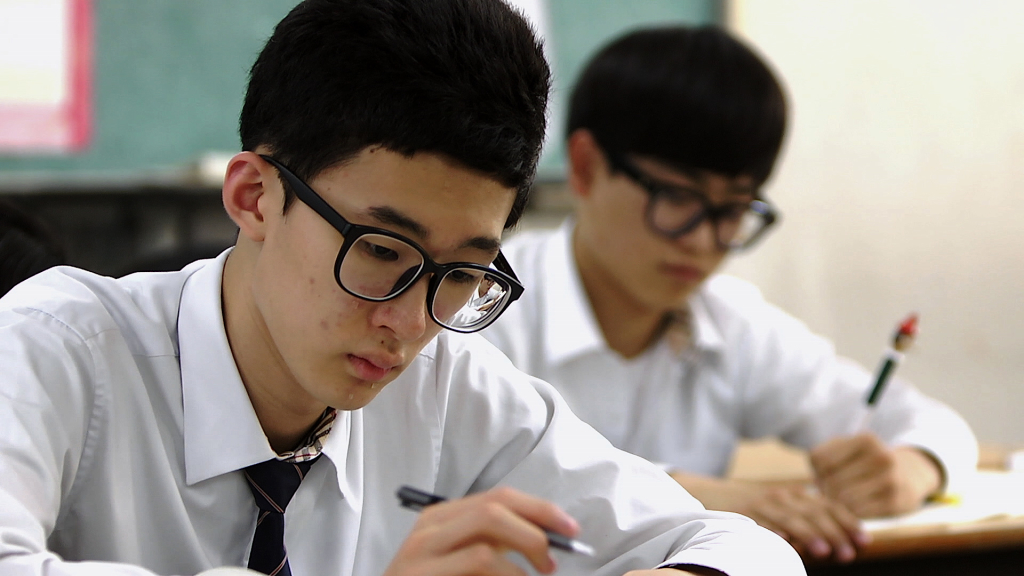 Reach For the SKY © Steven Dhoedt and Choi
Wooyoung

Three Wheels by Kavich Neang / Cambodia / 20 min / PG
Under the strain of the capital’s bright lights, a tuk-tuk driver is reminded of his former lover from the days before Khmer Rouge rule. As he acts to move out of the family home, his wife has one last request.

Image Makers: Russel Wong by Jean Loo / 9 min / Rating G
Portrait photographer Russel Wong shares the beginnings of his career, his inspirations, his personal vision and his relationship with celebrity subjects in this documentary by Jean Qingwen Loo.

Happily Ever After by Shuan Neo, Apple Hong and Pek Hong Kun / Singapore / 10 min / PG
As Singapore’s infrastructure changes from a pre-industrial island to a sanitised metropolis, the settings of three traditional wedding photography sessions in each epoch also witness the evolution of familial traditions.

When The Boat Comes In by Khin Maung Kyaw / Myanmar / 30 min / PG
Aung Kyaw Naing and Ma Cho Lay are members of a fishing community struggling to make a living along a stretch of coastline near Thanbyuzayat in Mon State in Myanmar. Soon they will be faced with a curtailed fishing season as a result of new government legislation.

The Baby by Ali Asgari / Italy-Iran / 15 min / Rating TBC
Narges and her friend have just a few hours to find someone to take care of her baby for a few days. 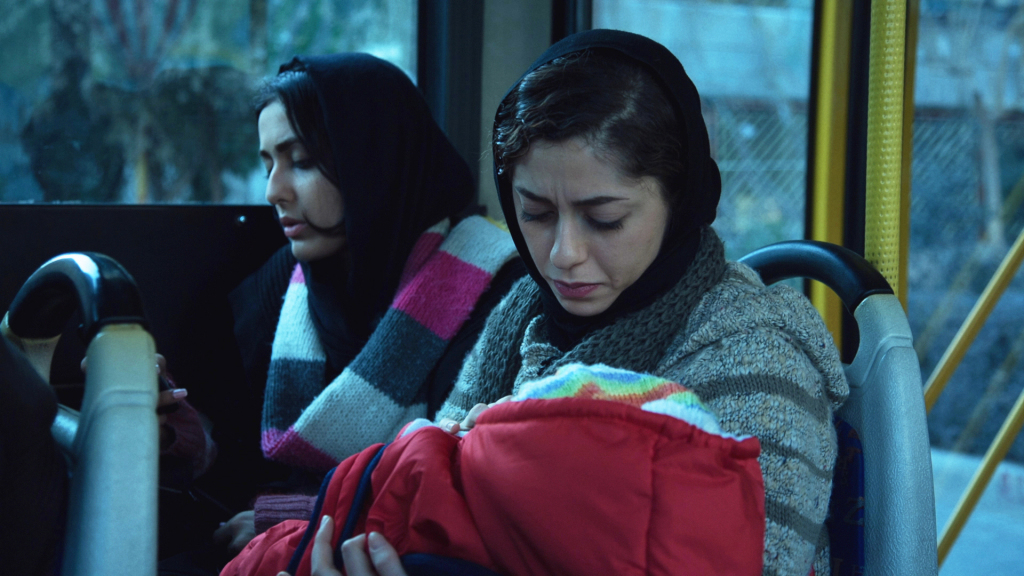 Singapore Minstrel by Ng Xi Jie / Singapore / 87 min / PG / Post screening Q&A session
Roy Payamal is the wildest busker of a country ranked the world’s most emotionless society. He takes his undermined line of work as a serious art- but is his faith impossible idealism or an admirable conviction? Singapore Minstrel is an invitation into his beautiful mind, a magical, trying universe where art and life dialogue in a tropical dream. 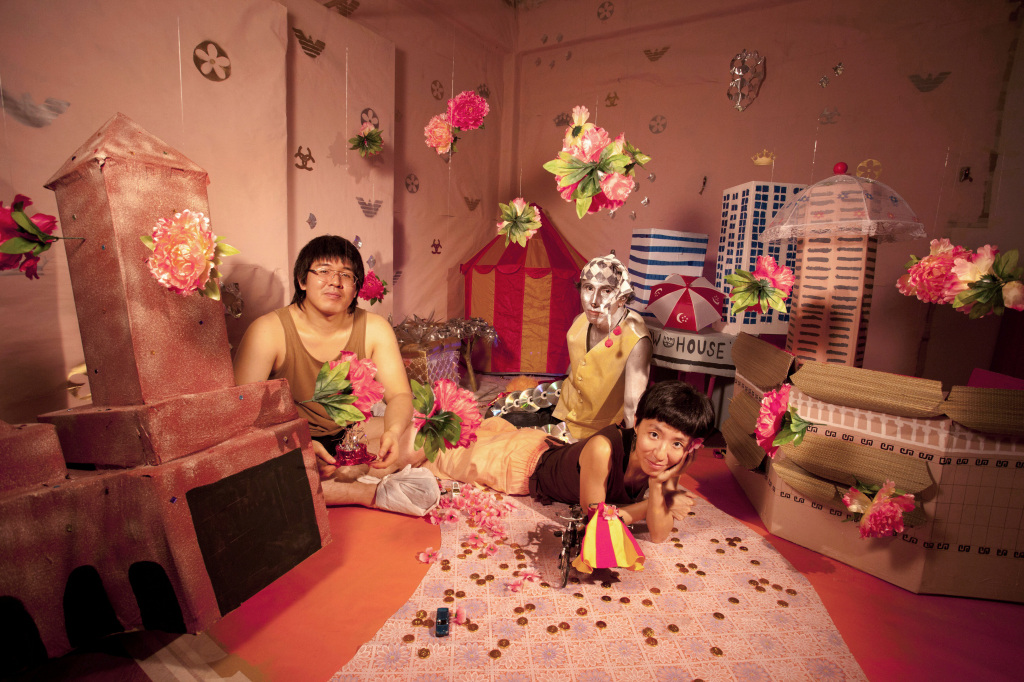 Walking With My Mother by Katsumi Sakaguchi / Japan / 93 min / M18 / Post screening Q&A session
When Suchie Sakaguchi lost her daughter to illness three years ago, she could not let go of her tranquilizers. When her husband became hospitalized, her mental state worsened. In order to understand her on a deeper level, her son, Director Katsumi Sakaguchi, decided to make a record of her life on camera. Not long after Suchie let a careworker into her life, her husband passed away. Her younger sister, Mariko Miyazono, arrived in Tokyo for the funeral, and with Suchie in a state of despair and hopelessness, she decided to take her back to Tanegashima, their hometown. It was 38 years since Suchie’s last visit there. Sakaguchi’s camera captures Suchie’s mental fluctuations and conflicts over the span of four years with aching intimacy.

Image Makers: Darkroom by Liao Jiekai / 22 min / PG
Under the red safelight in the darkroom, the artistic processes of photographer Ho Hui May are printed onto celluloid film, where her conversations with the filmmaker are recorded.

The Dream Keepers by Panu Aree / Thailand / 43 min / PG
Made on occasion of the Thai Film Archive’s 30th anniversary, ‘The Dream Keepers’ is a documentary about the passion and dedication of several cinephiles and their struggles to establish the Archive. Under the auspices of the Archive, film has been elevated from a form of entertainment to a cultural treasure. The Thai Film Archive is now a Public Organisation, and is home to Thailand’s only film museum. To founder Dome Sukwong, this is a dream come true. 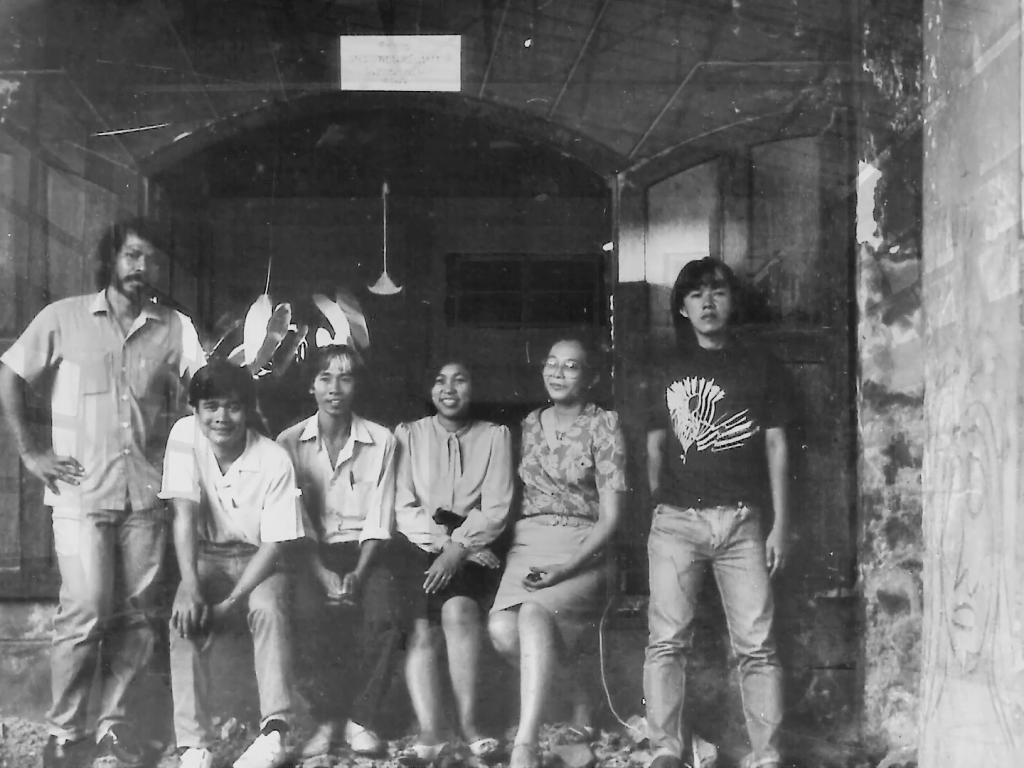 The 100 Years Show by Alison Klayman / USA / 30 min / PG
Carmen Herrera is one of the oldest working artists today. She was a pioneering abstract painter in the ’40s and ’50s, but only recently found the recognition that eluded her for most of her career as she approaches her 100th birthday.

Image Makers: A Guide to the Flora and Fauna of the World by Jow Zhi Wei / 18 min / PG
Continuing his exploration of the intersections between humans and nature, the founder of the Institute of Critical Zoologists, artist-photographer Robert Zhao Renhui goes deep into a forested area on one of his field trips in nature-controlled Singapore to conduct a survey of the species and eco-systems and capture what might be left undoctored by man.

The Four HDB Blocks of Siglap by Tay Bee Pin / Singapore / 9 min / PG
“This place was once burnt down.” Metaphorically, it was no child’s play but that was literally true for Siglap’s big fire in 1962. Today, Mr Lim’s old movie ticket is a sentimental memento that reminds him of one of Singapore’s first public housing. The Singapore Memory Project (SMP) bids farewell to the four HDB blocks of Siglap in this short film that documented touching memories shared by residents.

Lucid Reminiscences by Wattanapume Laisuwanchai / Thailand / 14 min / PG
Nowadays almost all of stand alone movie theaters in Bangkok went out of business. Not only movie theater is the place that brought happiness to filmgoers, but the building itself is also the recorder of history. The film is made as a memory of forgotten movie theaters hidden in various parts of Bangkok by connecting stories and memories of the film fans, in order to revive these old movie theaters again.

Heart of Stone (Pusong Bato) by Pam Miras / Philippines / 8 min / PG
A man and woman help each other survive on a desert island, while clinging onto hope of one day returning to their lives back in civilisation. But theirs is an unlikely alliance. 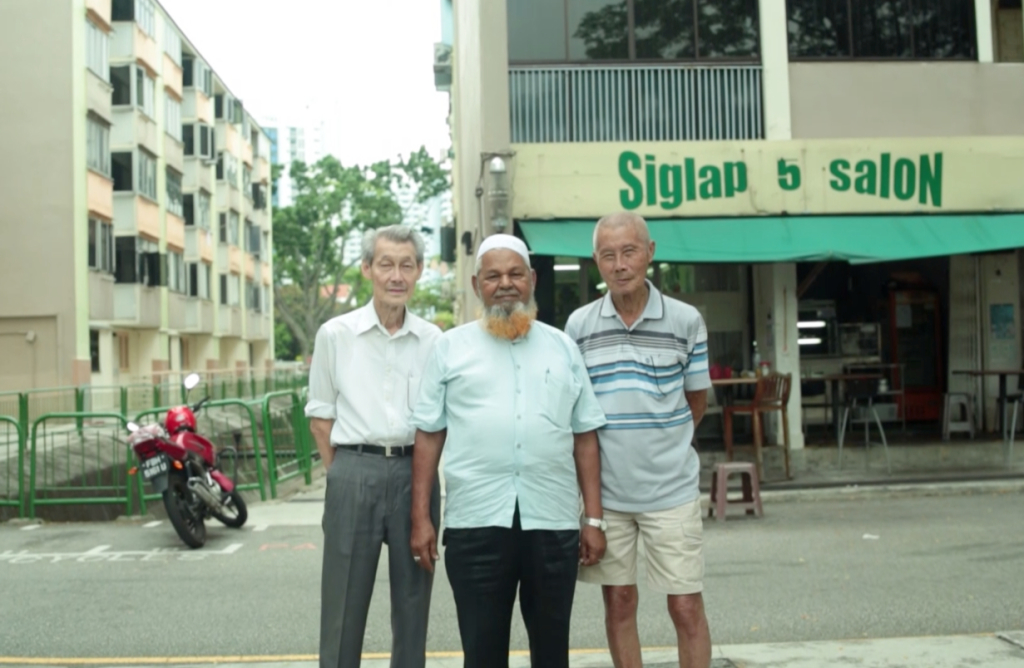