We wrapped up our Stories That Matter 2019: Myths documentary screenings with a Singaporean film: Snakeskin, directed by Daniel Hui.

The film (released originally in 2014) was followed by a post-screening discussion with Hui and film programmer Aishah Abu Bakar, who also appears in the film. [Read more about the film and about them here.] Read on for selected highlights from their discussion. Their responses have been paraphrased for brevity.

Aishah: It felt special to see this film again after so long. This being Singapore, some of what we saw on screen might not exist any more, or might have changed. I’d forgotten how layered this film was, with founding myths, myths of people who ran the country, myths of other people who may not always have been what you’re seeing now.

The different retellings of these myths and the retelling of people’s accounts somehow just meld together, and you can’t tell what’s myth or what’s a dream…how factual or real everything is. How did these ideas and the film come together for you?

Daniel: It was the time of SG50 and I was interested in thinking about the national founding myth. During my research, I realised there were many histories that were either erased or purposefully forgotten, such as Malay cinema and the Chinese leftist movement. Those became the two main threads I started thinking about, and everything else was built around them. I was interested in seeing the parallels between things that people don’t talk about together at all.

Aishah: There’s something quite personal and real about the dreamlike portions, but they could also be totally fictional. There was a good balance of both. Was it difficult to write them?

Daniel: Well, you experienced the process too!

Aishah: You had a skeleton of what you wanted a particular character to explore. But certain things that were said in the dialogue related to some of my own past. That played a really big part in how the dialogue was put together. Was it like that for the other characters who were involved?

Daniel: For most, except two cases: one where I had the person read out their story rather than act it out, and another where he wasn’t much of a writer so I told him the story and said, now you tell me the story back. It became his own story because he mixed his own experiences and his thoughts into his character. It was important for me for everybody to bring their lived experiences and subjectivities to their characters.

Aishah: I think it was a good mix of historical facts or maybe misrepresented truths, and some events that could be totally imagined but somehow have a parallel in reality. I found it to be quite an interesting genre-bending when I first got involved in this project.

Daniel: When I first started making the film, I had intended it to be a very straightforward documentary with archival footage. But this changed because of circumstances. I went to the National Archives to find moving images of the riots and was unable to find any.

So I had to adapt. I came up with the idea of shooting the spaces where these events happened and to see whether they had changed or not. When I was researching six, seven years ago, there was no comprehensive history of the political movements of the era, and I think there still isn’t. So a lot of what I did was to rely on personal firsthand accounts of people remembering what they’d been through, and a lot of these accounts contradict each other in terms of details.

I wanted to represent that in the film too. Not to create a smooth and unified history like the history we have been taught, which is this story that wraps itself up very neatly. But rather, something that is contradictory and sometimes misremembered, because that’s what reality is like. 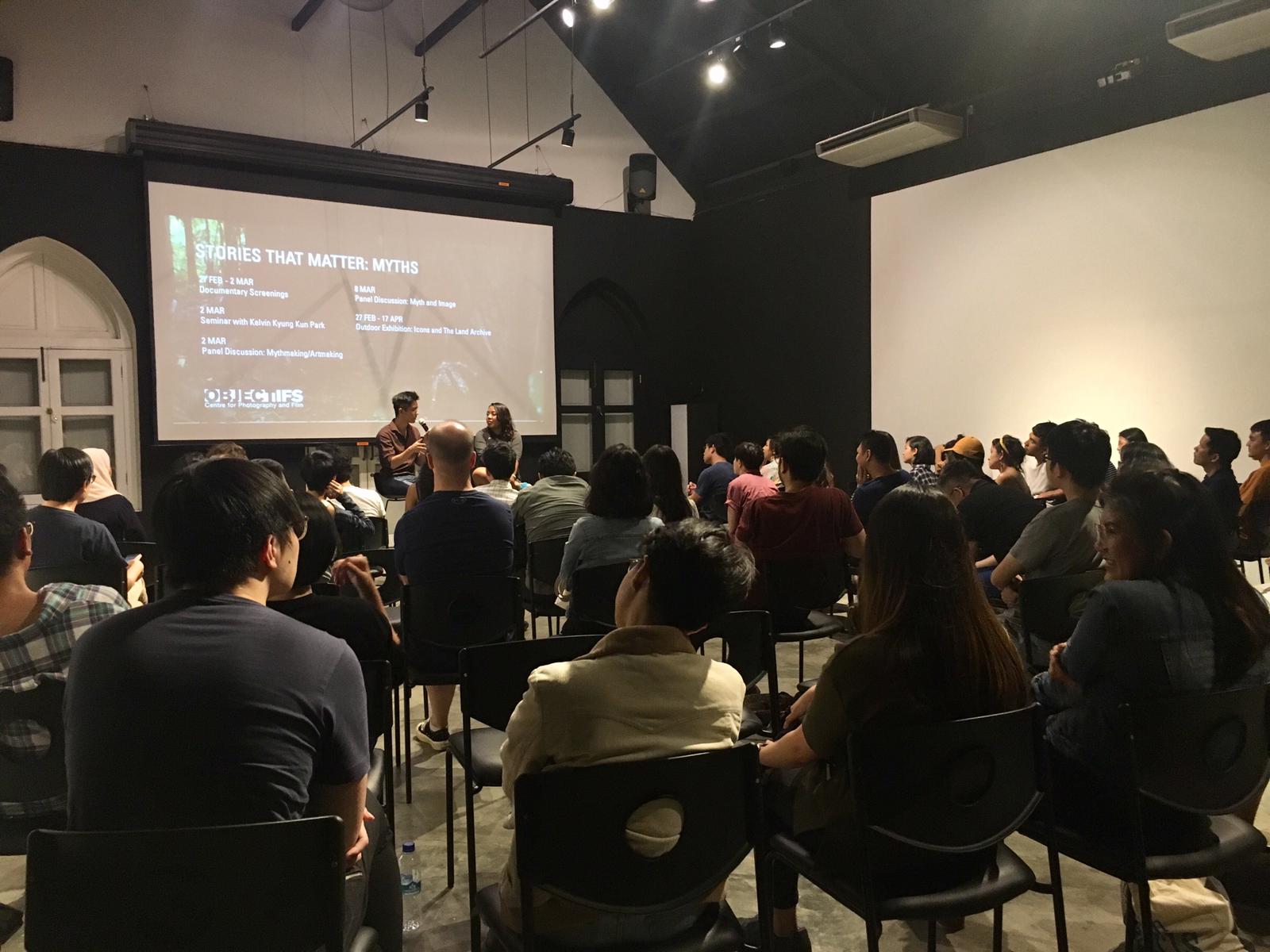 Audience Member: This film has become a time capsule of sorts. Was nostalgia something you were trying to harness or put aside when you were making this film?

Daniel: It was something that I was very aware of because of all the conversations surrounding it, especially during SG50. Nostalgia is an important emotion, I don’t believe in dismissing it. It’s a very personal and physical emotion of reclaiming that when something goes missing. Of course, important emotions can be manipulated. We have to be very careful about it. I am cautious but not against it.

I was of course very aware that it’s a very anachronistic film, I mean it’s shot on film, for one thing, which nobody does any more. I wasn’t thinking of it as a time capsule but was hoping it’d be a time travel machine. When I was talking about the fire being the same fire that humans used to cook their food 2000 years ago, I mean it quite literally. Each time the light comes on it brings us back in time.

Aishah: Film captures something in real life and real time that can be construed as something dark and evil. Do you still feel that way about film?

Daniel: I have a mystical view of images. I think they’re very powerful in evoking certain thoughts and feelings. Cinema is the most heavily controlled art form in Singapore today because it is very powerful. Everything that’s powerful can be used for good or bad. As a filmmaker, that is one of my fears, it gets used for something that I think is disruptive. I’m always struggling with this, how to make a just image.

Audience Member: What does “snakeskin” refer to?

Daniel: There are many reasons for this title. The skin of a snake is what is left behind, what is preserved. When a snake moults is it the same snake? It completely loses its form. I was thinking about these things in terms of history.

I thought about going to spaces where events happened, to see what’s changed and what hasn’t.  I also chose contemporary people like Aishah to play historical characters, to see what survived in us and what did not. I wasn’t trying to prescribe a simple message but to think through these issues through images.

Daniel: It’s very interesting that when people who survived that era wanted to write about it, they didn’t choose to do a survey or so-called objective history, they chose to tell their own history, they said I need to tell my own story. I think is a very human impulse to tell our own personal narratives against this overarching historical narrative.

My response to SG50 and maybe now the bicentennial is that I wanted a way to reclaim these events for ourselves, to allow people to tell their histories without having to make sense of them, to leave them confused and chaotic as they are, and as they should be. History with a small h, and histories [emphasis on the plural].

Stories That Matter: Screenings is part of Objectifs’ annual Stories That Matter programme. Visit our website for full programme information. Visit Objectifs to view free outdoor photography exhibitions (on till 21 Apr) by Robert Zhao Renhui from Singapore and Swiss duo Cortis & Sonderegger, and join us on Fri 8 Mar, for a panel discussion on Myth and Image with Robert Zhao Renhui, Ore Huiying and Tom White.