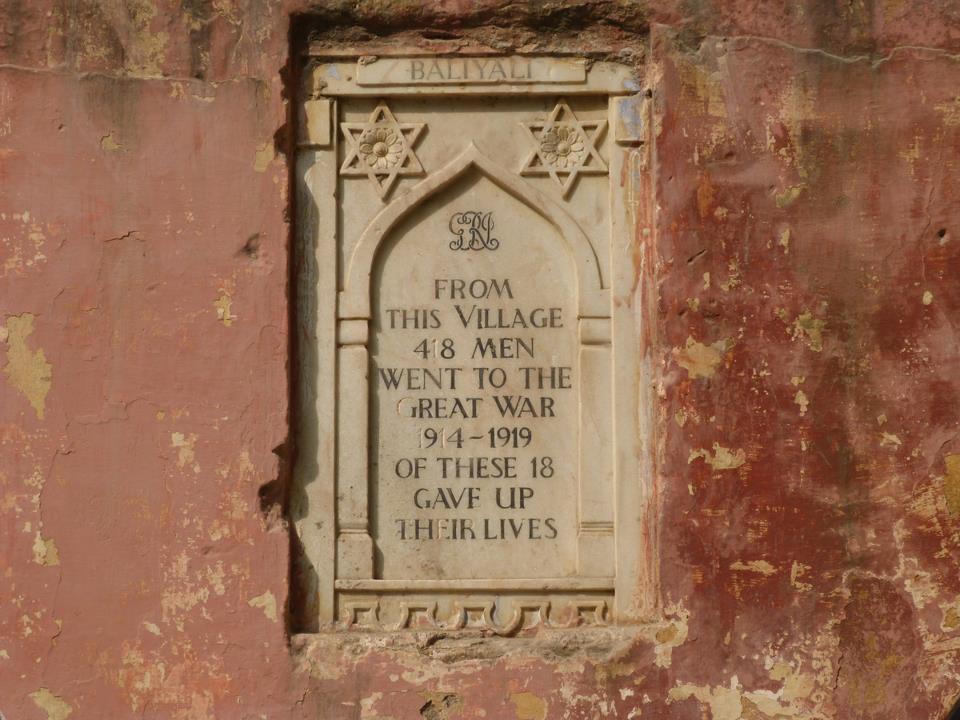 Daljit Ami spent June 2017 at Objectifs as part of our reciprocal film residency programme with Cinedarbaar (New Delhi, India). He ended his time here with a sharing session on his work and his time in Singapore.

Daljit is a documentarian from Punjab who is researching the 1915 Singapore Mutiny, in which a unit of British Indian soldiers revolted against the British. Daljit’s interest in the Mutiny was sparked by a single, visceral image of the rounded-up Mutineers lined up facing a firing squad at Outram Prison.

As one of the “foremost chroniclers of contemporary Punjab”, Daljit’s work is necessarily informed by the consequences of Partition (1947), in which British India became independent Pakistan and India, and people from Punjab were divided across the border. Owing to this large-scale migration and subsequent reconstructions of identity along religious and linguistic lines in both new countries, certain movements have been obscured from official narratives. In Daljit’s view, the Singapore Mutiny is one such event.

Daljit is interested in “what kind of memories can be traced from landscapes” and from 2012 started visiting villages in Punjab (present-day India) where the Mutineers were originally from. During his talk, he showed photographs and video footage in which residents “don’t have any living memory of the Mutiny” or deny a connection on the basis that the Mutineers were Muslim, while they are Hindu.

Some of these villages host plaques that state “FROM THIS VILLAGE X MEN WENT TO THE GREAT WAR 1914 – 1919 OF THESE X GAVE UP THEIR LIVES”. They do not specify if the men were killed fighting the British’s war or in the Mutiny. Daljit said, “The locals disowned the history of that landscape until we introduced an image” of the Mutineers, in connection with the plaque. He finds that “tangible objects in conjunction with landscapes invoke intangible memories that were not personally experienced” by the people he speaks with. “Then, people start relating to something that they’ve not seen or heard about” and expressed pride that the Mutineers were from their village.

In the villages he visited in Punjab, India, former mosques had been converted to use as Sikh gurdwaras, reflecting the change in majority religion among the population post-Partition. Similarly, in Singapore, “over a period of time certain buildings associated with the Mutiny have remained intact, survived the pressures of being renovated, but their identification, their utility has changed over time”. These include St Andrew’s Cathedral, The Adelphi and Village Hotel.

In Singapore, the “tangible objects” commemorating the Mutiny from an imperial point of view are in the “landscapes” of St Andrew’s Cathedral (four plaques) and at the entrance of Victoria Concert Hall (two memorial tablets). They name the British soldiers and civilians killed during the Mutiny. Thus, here too, the Mutineers’ resistance is not officially noted.

In contrast to speaking with villagers in Punjab about the Mutiny, in Singapore, Daljit “approached institutions, archives, memorials”. In addition to the abovementioned physical sites, he reached out to the National Library Board, the National Archives of Singapore and local artists who have created works about sites in Singapore with histories of resistance — such as Kin Chui, who has done an installation at Outram Prison where the Mutineers were executed by firing squad. Others Daljit met with include independent researchers like Amardeep Singh, who focuses on Sikh history and culture.

Daljit described his residency as “intense, almost surreal, a kind of visceral experience” and stated that at the time of his talk, he was still processing “the ton of material” he’d captured in Singapore. Rather than providing all the answers he sought, his time here also opened up new avenues for exploration, like the “output of the Mutiny”. For example, can Singapore’s Internal Security Act trace its origins to the Mutiny’s aftermath in which an Intelligence Bureau was established by the British? He noted the sensitivity surrounding these topics and is still grappling with how to investigate them carefully.

Follow Daljit’s progress via Facebook at The Singapore Mutiny – A Reclamation. Read our interview with Cinedarbaar founder Supriya Suri here.