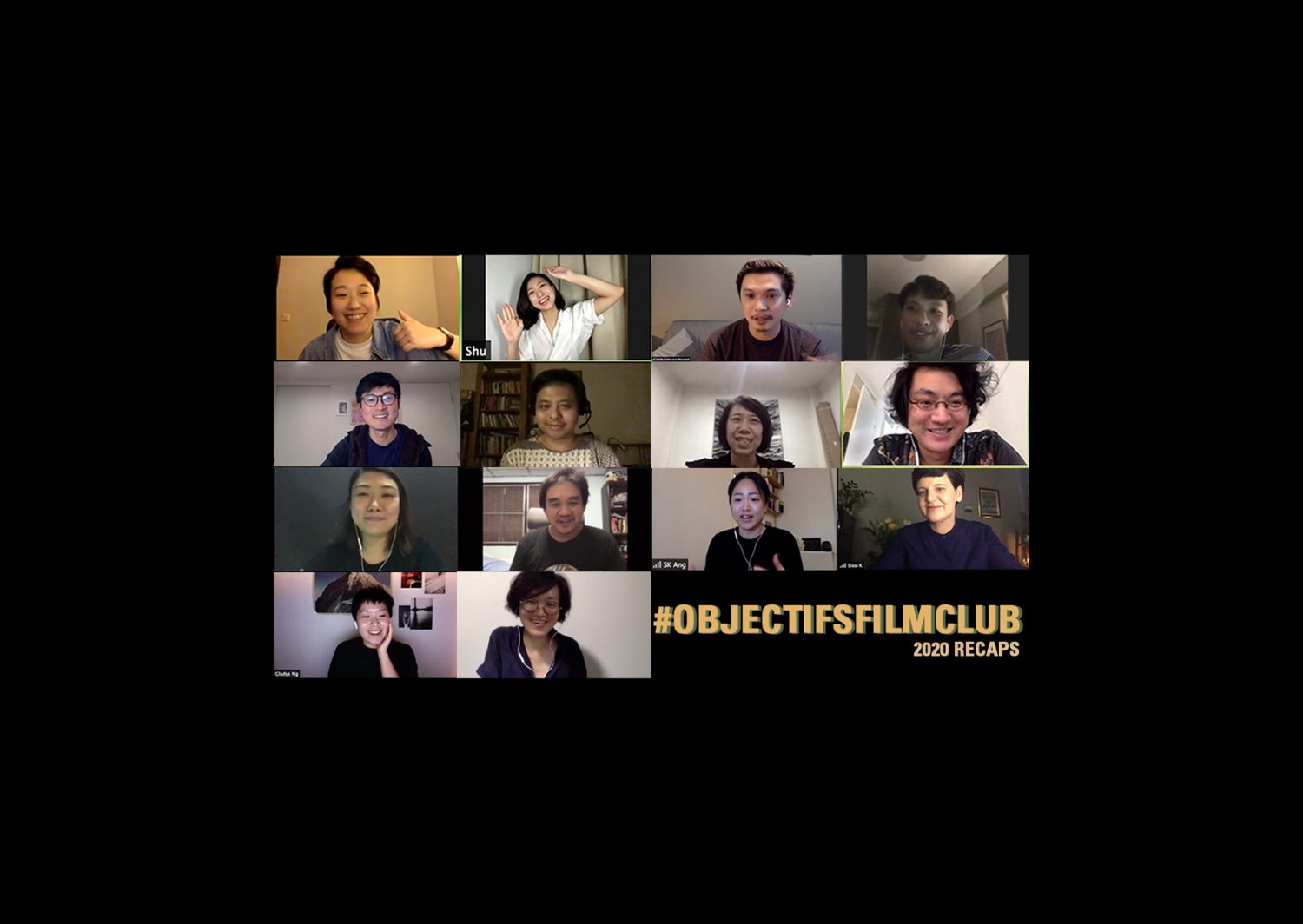 The Objectifs Film Club is features discussions between filmmakers and arts practitioners regarding their films that are available via the Objectifs Film Library. Join our mailing list to be kept updated on our next online session and a chance to hear from and interact with the artists. Read on for our recaps of the sessions held thus far.

The Shades of Love is a short documentary by Singaporean director Jessica Lee on the loves, lives and losses of sex workers in Singapore, featuring the stories of three individuals Selena, Bunny and Sam.

Jessica Lee, Selena, a transgender sex worker and peer educator with Project X since 2014 and film scholar Phoebe Pua spoke about the unique intersections of challenges transgender sex workers face, sex work as legitimate skilled work and how sex workers negotiate the challenges of their job, and the film’s deliberate intention to depict sex workers’ lives in the full colour they deserve. Read the recap of the film club conversation here. 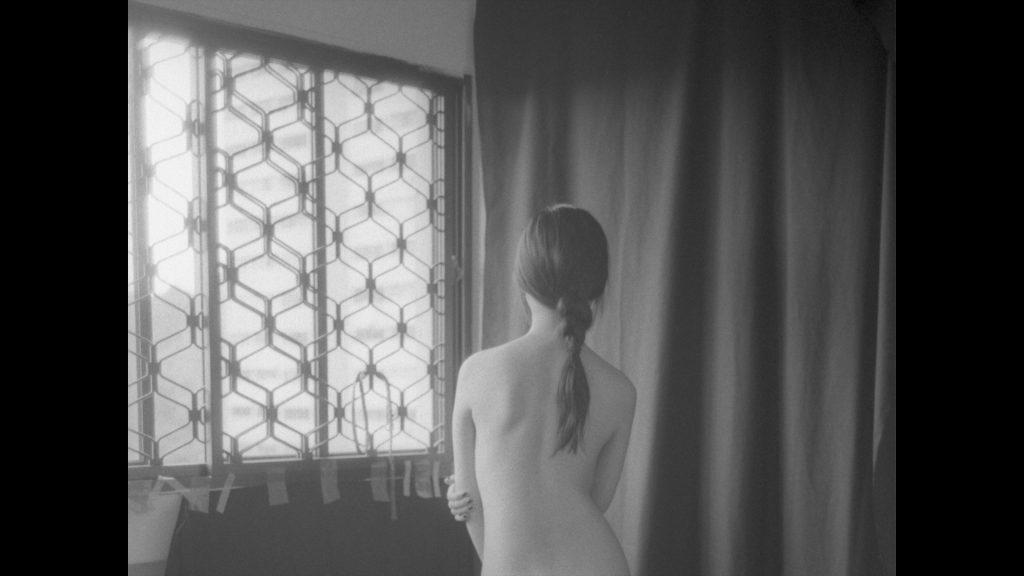 The Drawing Room & Episodes from Art Studio as well as other short films by Liao Jiekai are available to rent via the Objectifs Film Library.

The Drawing Room & Episodes from Art Studio is a short film inspired by the novel Art Studio by the late Singaporean writer Yeng Pway Ngon.

Filmmaker Liao Jiekai spoke with artist Yanyun Chen, who is featured in the short film, about life drawing, the resurgence of the figurative in contemporary Singapore art, adapting the novel into a short film, and more. Read the recap of the film club conversation here.

Exorcise Me, as well as other short films by Sookoon Ang are available for rent via Objectifs Film Library.

Exorcize Me is a photography, videography and live performance project addressing coming-of-age anxiety and teenage alienation. The title speaks of unease within one’s own skin and the yearning to get rid of new-fangled fears and unfamiliar emotions.

Sookoon Ang spoke to Silke Schmickl about the process of making Exorcize Me, sharing her motivation and experience working with theatre students, and how it takes a village to make a short film. Read the recap of the film club conversation here. 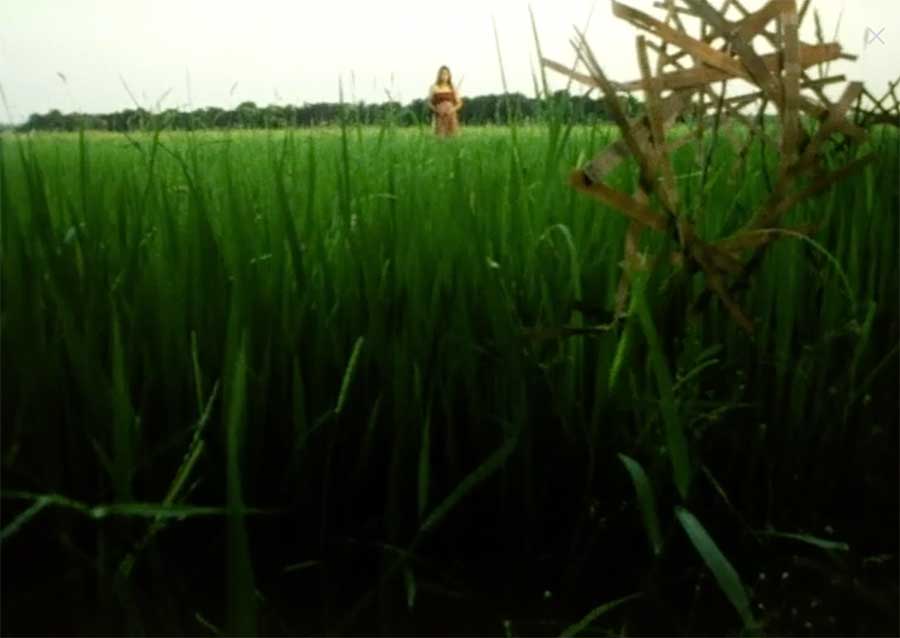 Watch short films by Davy Chou and Pimpaka Towira are available to rent on the Objectifs Film Library.

They talked about their beginnings and journeys as filmmakers, their process and the meanings behind their experimental films. Read the recap of the film club conversation here.

Jodilerks Dela Cruz, Employee of the Month, as well as other short films by Carlo Francisco Manatad are available for rent on the Objectifs Film Library.

Jodilerks Dela Cruz, Employee of the Month by Carlo Francisco Manatad (Philippines) follows the titular protagonist on her last day of duty as a gas station attendant. 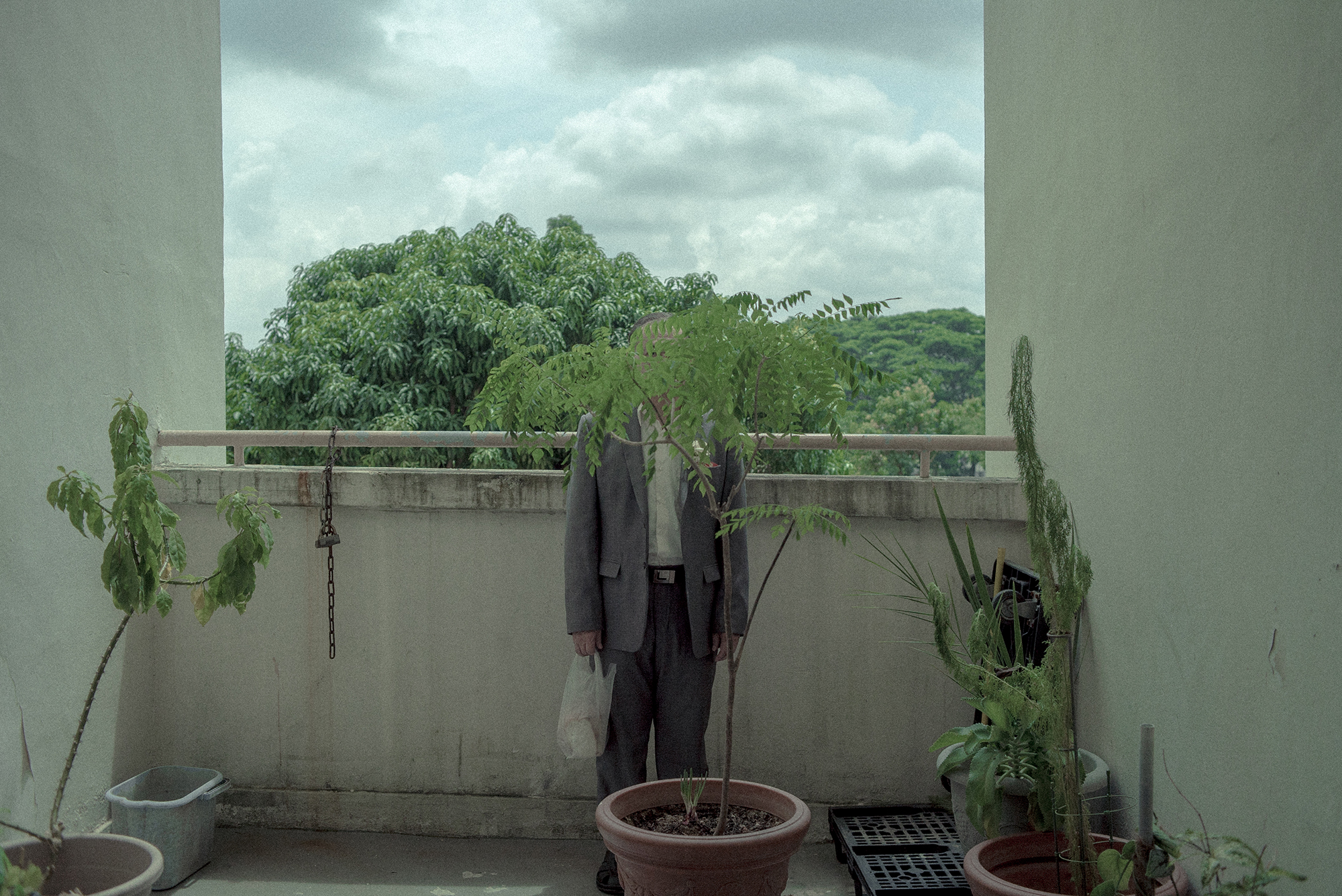 Click here to rent Still is Time by Gladys Ng and here to rent her other short on the Objectifs Film Library.

In Still is Time, time seems to have come to a standstill on a particular Sunday. On the day of his daughter’s wedding, a father finds himself consumed with his own emotions and amidst the joyous celebration, he undergoes a curious episode with profound metaphysical ramifications. 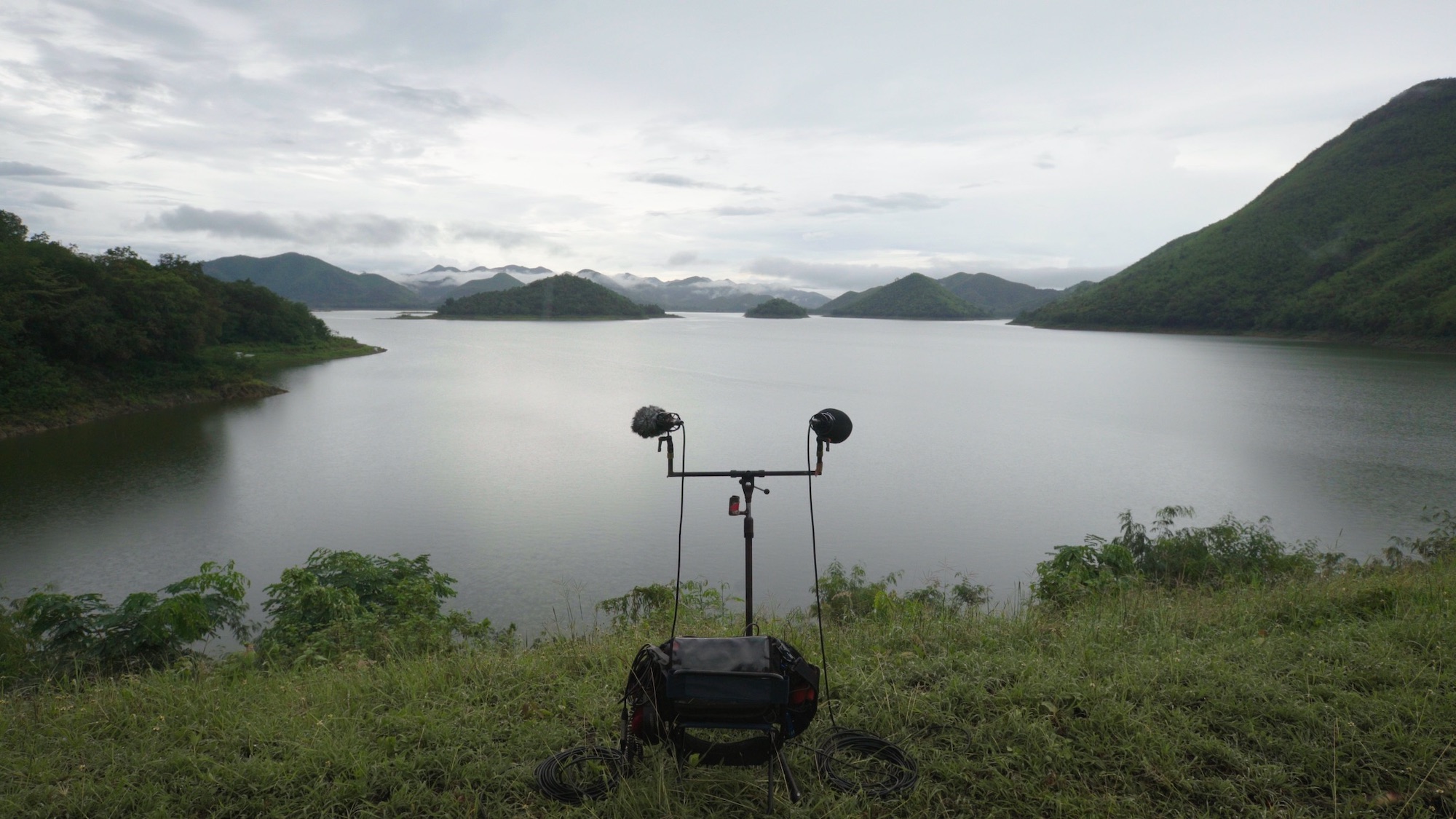 Death of the Sound Man depicts two sound recordists working hard on the sound mix of a film. With his signature deadpan humour, Sorayos Prapapan (Thailand) draws parallels between audiences not caring about sound in film, and how people’s voices are often neglected, offering subtle commentary on Thai society and politics.

During this session, Sorayos (Yossy) and sound designer, re-recording mixer and foley artist Tingli Lim, discussed artifice in sound design and foley work, how cultural context impacts their work, Yossy’s experience, and what it takes to be good at their job, and more. Read the recap of the film club conversation here. 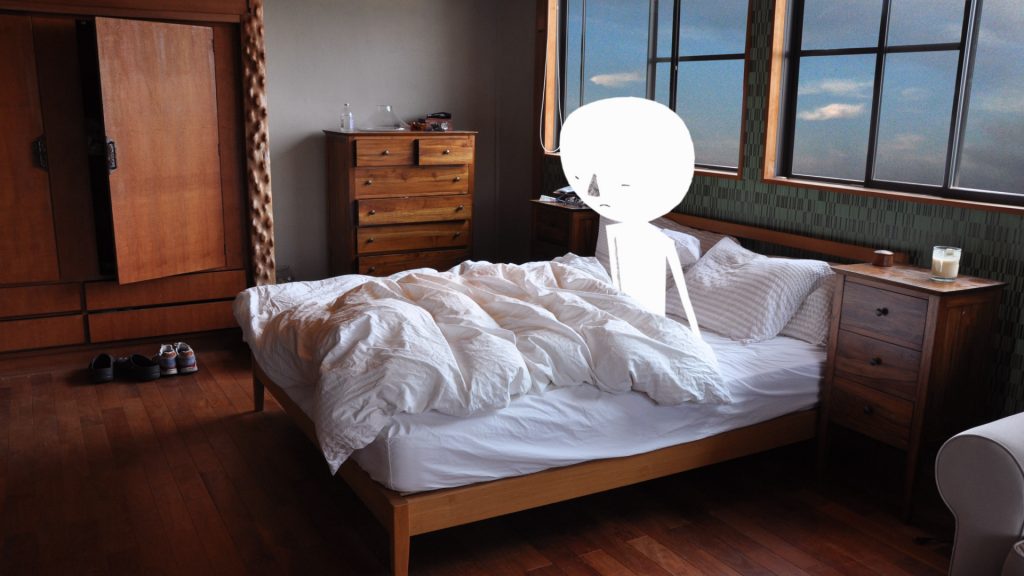 Created using hand-drawn animation, pixilation and photographs, The Great Escape (2015) is a short film inspired by Alfian Sa’at’s poem of the same title.

During this discussion, Wei Keong shared his process adapting Alfian’s poem into a short film, and they discussed their respective practices in film and literature and drama, as well as their exploration of identity and social issues in their works. Read the recap of the film club conversation here. 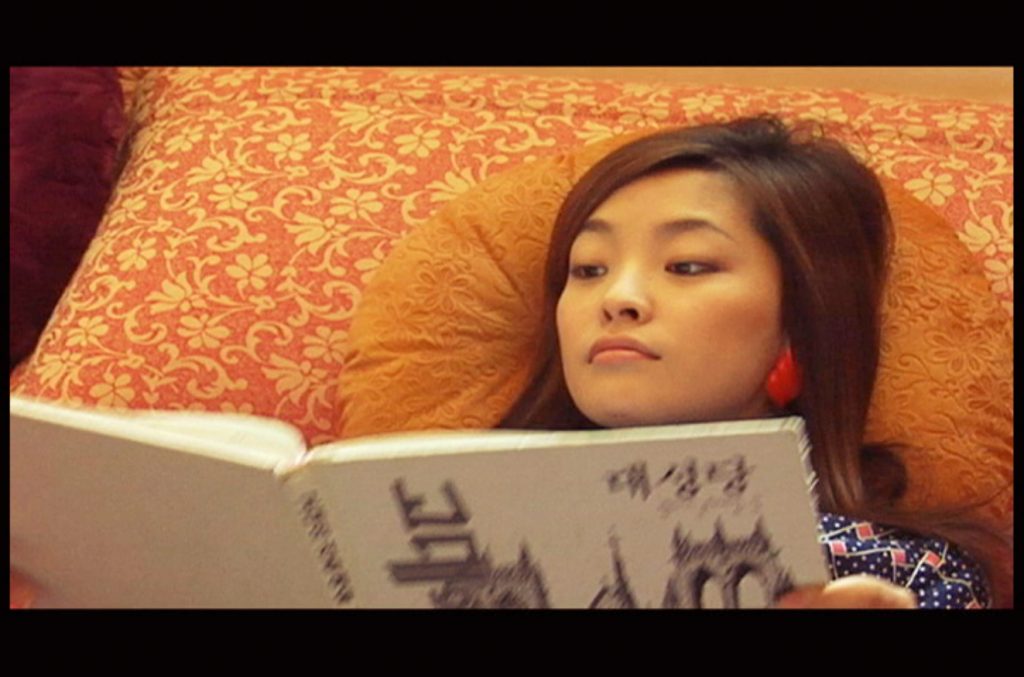 Come by Kirsten Tan is available for rent here. Please note this film is rated M18.

During this session, filmmaker, Kirsten Tan discussed her little known early short film (2007), a sex comedy set in South Korea, with actress Oon Shu An, whose credits include Rubbers ((2014).

Click here (part 1) and here (part 2) for the  recap of their conversation, which focuses on Kirsten’s experiences in South Korea, the making of Come, and her journey and philosophy as a filmmaker and their discussion of Come in relation to Shu An’s role in sex comedy Rubbers,

As a non-profit arts organisation, we count on donations to enable us to support the arts community, and to keep creating programmes that broaden perspectives and inspire people through the power of images.

We are an Institution of Public Character (IPC) status. As such, your donations will qualify for a 250% tax deduction for the year 2020. Your contribution will also be eligible for the Ministry of Culture, Community and Youth’s Cultural Matching Fund, that provides a dollar-for-dollar match for cash donations to arts and heritage charities. Thank you for supporting our work!