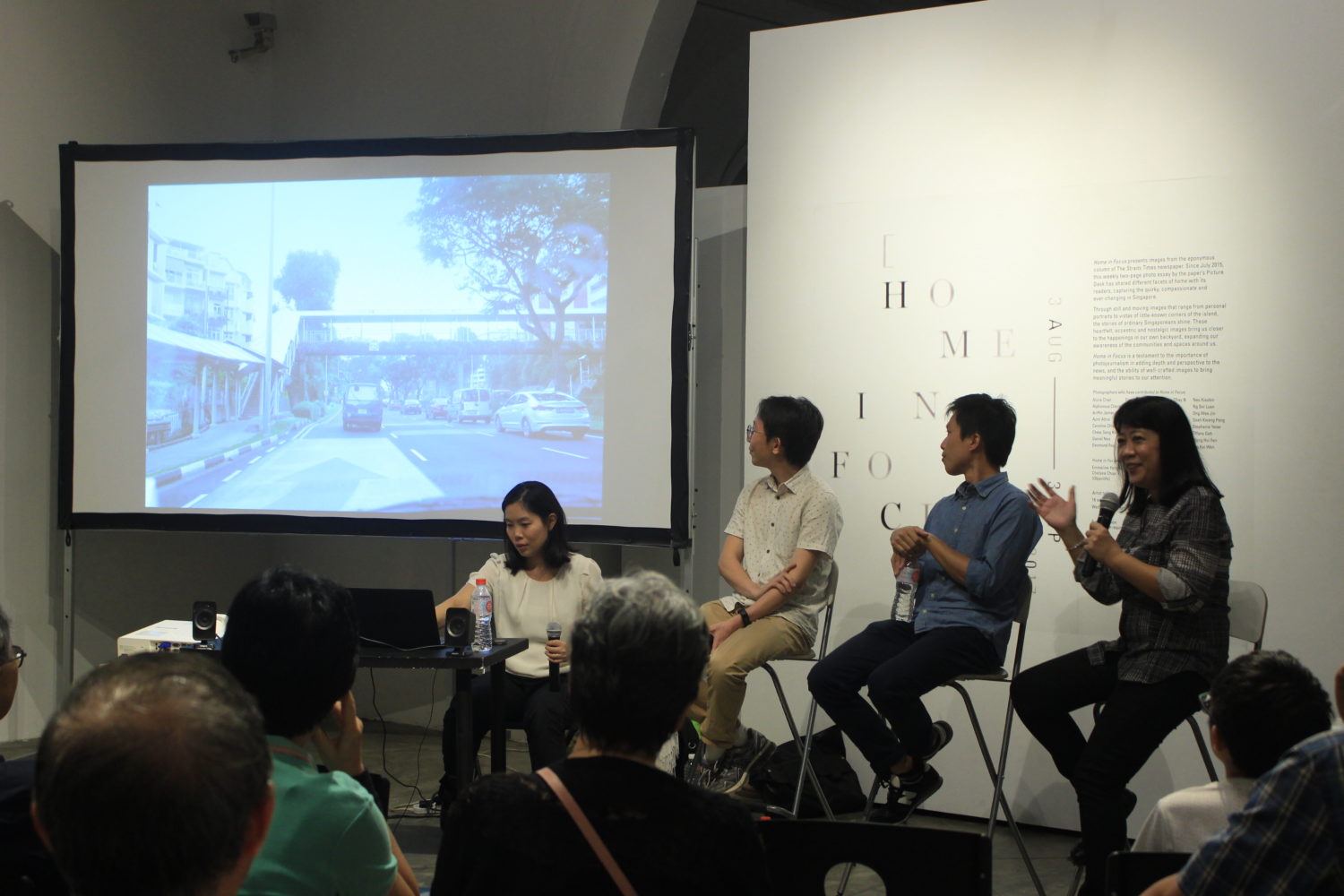 HOME IN FOCUS ARTIST TALK: STORIES FROM THE HEART

HOME IN FOCUS ARTIST TALK: STORIES FROM THE HEART

Unlike their colleagues from the previous artist talk, this group of panellists did not come from a journalism background. Hui Fen started out in advertising design, Wee Jin studied computer engineering and Yaohui worked in horticulture. Each of them was already practising photography, which they regarded a way to advocate for causes they were passionate about.

Stories are all around us

Like their colleagues, these photojournalists agreed that story ideas can come from everywhere. Yaohui joins local Facebook groups and follows Facebook Pages on causes he’s interested in, like nature and heritage. He learnt via social media of a dead sperm whale that washed up on an offshore island. The resulting story was “Whale of a find in Singapore”.

Wee Jin’s story, “A soaring adventure”, on Singapore’s paragliding community, started with an encounter he had in a hilly area of Woodlands, where he spotted a single figure decked out in paragliding gear.

Hui Fen’s hugely popular story “Farewell, Uncle Bread” was literally close to home — she tracked him down after hearing her kids lament his impending departure from their housing estate.

Some stories, such as Uncle Bread’s, have provoked an especially strong response from readers who write in to offer help. The photojournalists felt a responsibility to serve as intermediary between the subject and the public as they had produced the articles that put these people and their stories in the limelight.

Wee Jin’s story “The only friend in death” about Mr Tommy Yu, who conducts pro bono funerals for those who die with no next of kin, also resulted in many readers calling in to ask how they could support Mr Yu in his kind efforts. Wee Jin felt that the story demonstrates how “there are hidden heroes among us” and was happy to see the response to it.

Is there a dearth of new stories in Singapore? Has everything been covered? The photojournalists responded that it can be challenging to find fresh ideas that, crucially, also work as visually interesting photo stories, but it is not impossible. They are guided by two key questions:

Xiaobin said: “Stories don’t fall from the sky. Momentum is a challenge [as they have to produce a new story each week for the column]. But I think it’s our duty to dig and find out more”. As a supervisor on the picture desk, she constantly asks her team, “Did you see anything interesting in your backyard?”

Time and work must be put in to find new stories. Xiaobin said: “We don’t run into stories, sometimes our job is to keep our eyes open”. The photojournalists talk to people to suss out leads and ideas, and also read the headlines, including in their own paper. Sometimes, a short article offers the potential to dive deeper.

The photojournalists emphasised that they want to “use the reach of the newspaper and online platform to push stories out”. They are guided by the impact that their stories can have. Xiaobin left the audience with these guiding questions: “What do we want to bring up? And what do we want to effect?”

Home in Focus runs at Objectifs’ Chapel Gallery till 3 September 2017. (We are closed on Friday, 1 September for the Hari Raya Haji public holiday). Read a recap of the first artist talk here. 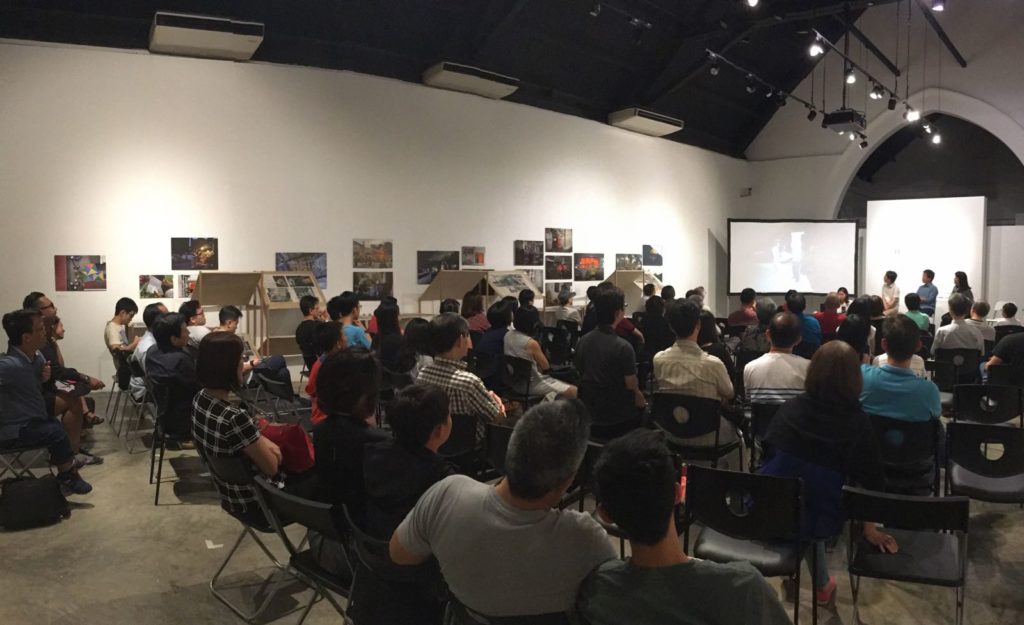