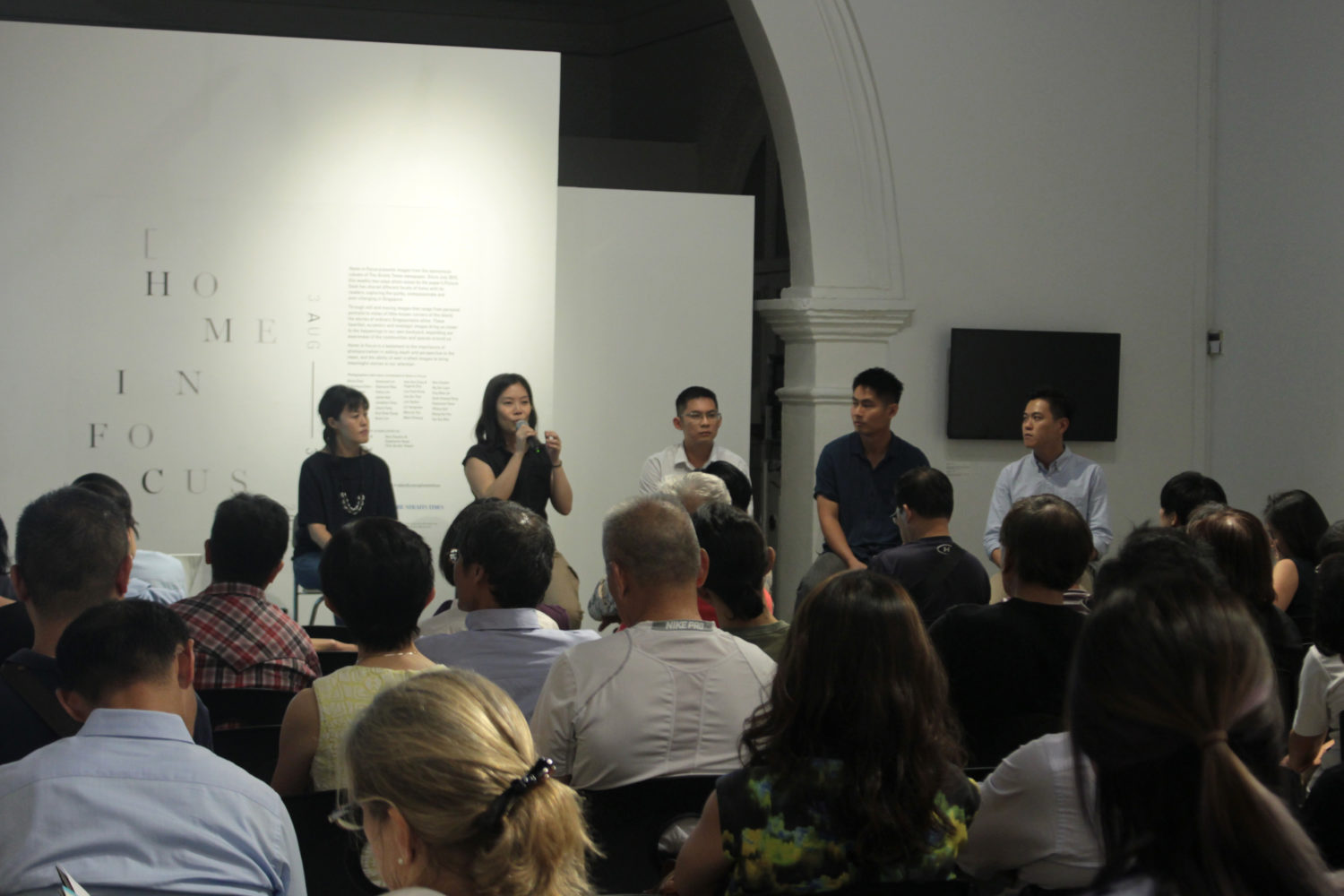 HOME IN FOCUS ARTIST TALK: BE A BUSYBODY

HOME IN FOCUS ARTIST TALK: BE A BUSYBODY

On 16 August, photographers Neo Xiaobin, Kevin Lim, Seah Kwang Peng, and Desmond Lim shared the stories behind their images at a panel moderated by Objectifs director and exhibition curator Emmeline Yong. The talk was presented as part of Home In Focus, an exhibition of photo essays and images from the eponymous column of The Straits Times.

Here are three points that summed up the discussion:

Be curious about everything

Photojournalism takes tenacity and a genuine interest in people. While working on a series of portraits on long-time residents of Dakota Crescent (“The people behind the old charm at Dakota Crescent”), then Straits Times photographer Desmond Lim said, “For every door that opened, 10 were closed to me.” “You need to like talking to people,” says Kevin Lim, who managed to build camaraderie with a group of elderly e-bike enthusiasts, more affectionately known as the LED uncles, that resulted in a video and a photo series that vividly expressed their quirky love for decorating their vehicles with LED lights in “Three men, their two-wheelers, and an electric light brigade”.

As a start, the photographers spoke about how each of the stories originated. Some of them came directly through the newsroom. For Seah Kwang Peng, his documentation of the soon to be demolished Woodlands Town Centre (“Farewell, Woodlands, gem of the north”) was an immediate response to the Singapore Land Authority’s announcement that the area was slated for redevelopment.

Other stories came about through chance. For the photo essay titled ‘Durian hunters’, Desmond’s discovery of Singapore’s subculture of wild durian hunters was sparked by a long-held observation that a mysterious entourage of cars would visit a certain forested area in Punggol twice a year. Kevin’s work on a Dutch expatriate’s unique way of building community relationships through her one-of-a-kind trishaw (“Kindness on three wheels”) came through a viral video that told the story of one of the initiative’s beneficiaries.

One of the biggest challenges in photojournalism is securing access. It took years for Neo Xiaobin to publish “The making of the Singapore girl”, due to constant negotiations with Singapore Airlines on the portrayal of their public image, which needed to be balanced with the candid nature of photojournalism. “A lot of people don’t understand documentary photography, and it’s something that we have to explain to our newsmakers and people whom we work with.”

Many others involved cultivating relationships. In his exploration of the Han Cultural Society’s activities, Kwang Peng’s rapport with one of the group’s more avid members led to a series of photographs and video that gave depth to her love of traditional Han clothing (“Fashioning a revival of ancient Chinese attire”).

At the end of the day, one never knows how these stories will impact the lives of other people. While documenting the volunteer work of the Caring Clowns Unit (CCU) in the children’s ward of KK Women’s and Children’s Hospital (“Laughter as medicine“), Xiaobin’s conversation with one of the volunteers led to the discovery that he was led to join the group after reading about the CCU several years earlier in The Straits Times. “Knowing that the work we were doing had spurred him to take action and volunteer, I can’t describe that incredible feeling,” she said.

Visit the exhibition to take a look at the photo essays by these photographers, and join us for the next artist talk on 30 August, where photographers Wang Hui Fen, Ong Wee Jin and Lim Yaohui will share anecdotes about their photo stories. Home in Focus runs in the Objectifs Chapel Gallery till 3 September 2017. 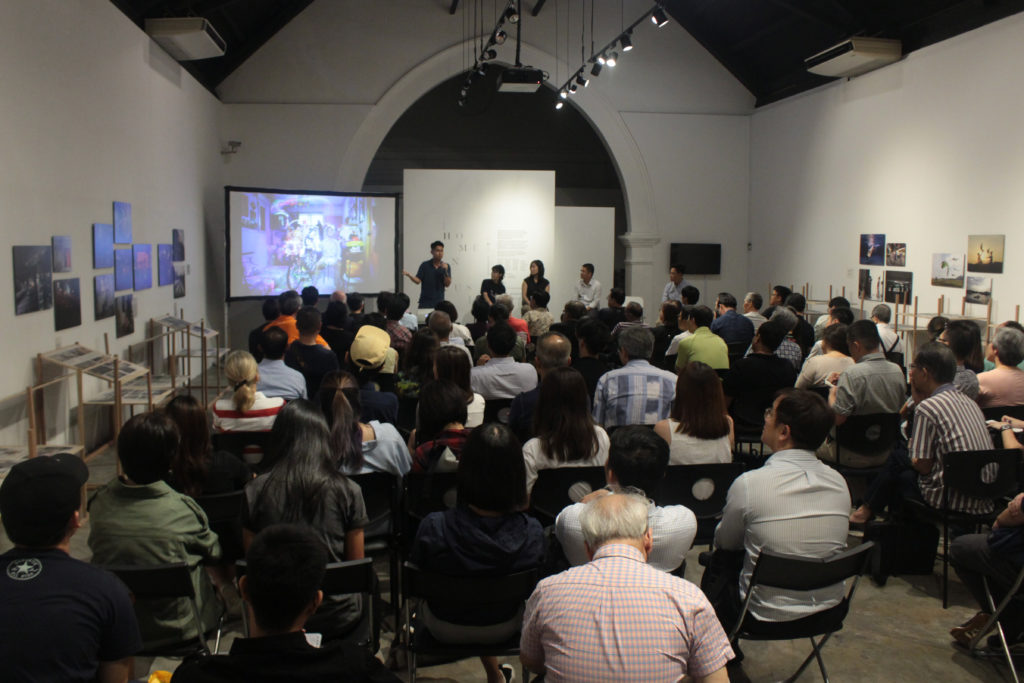