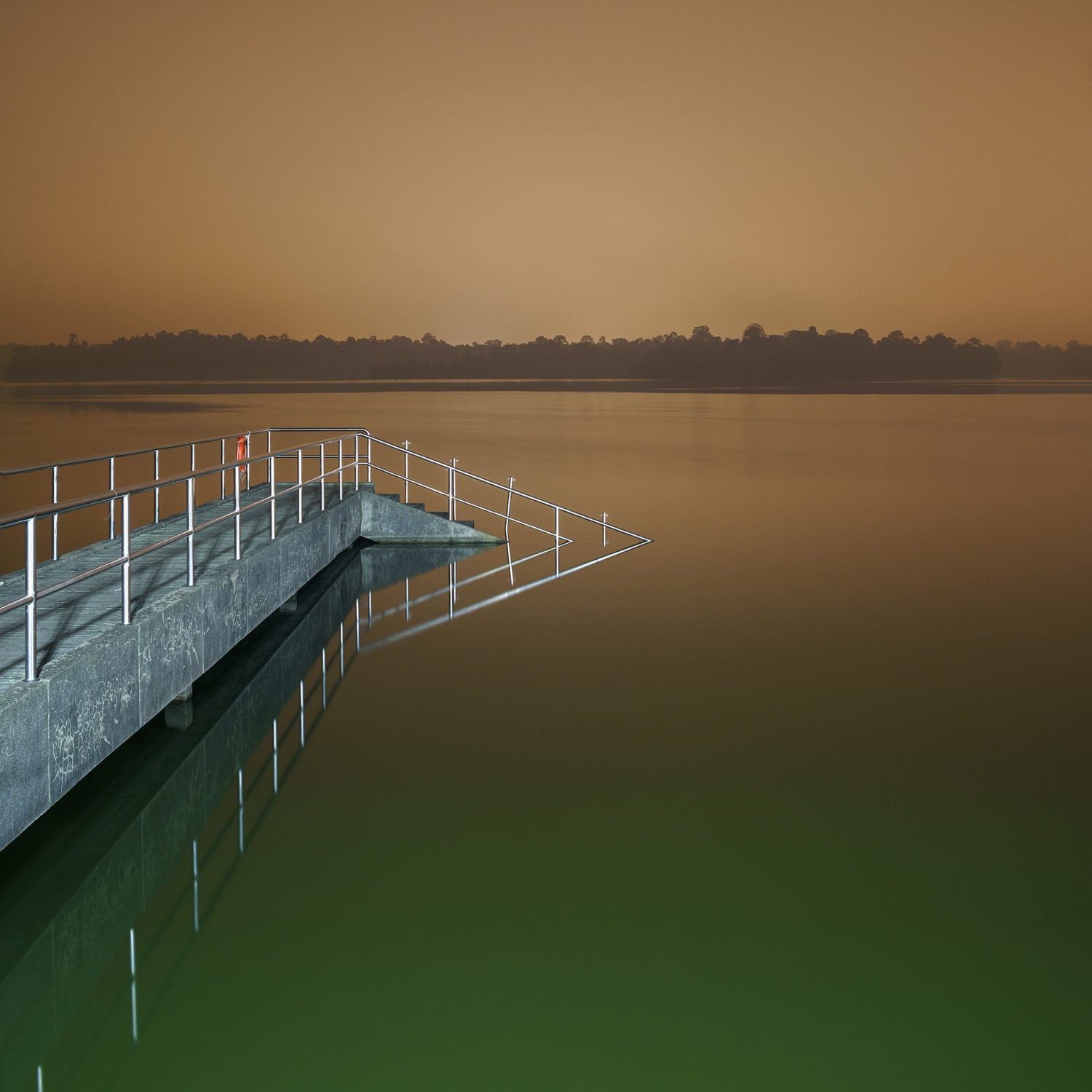 While You Were Sleeping Artist Talk

While You Were Sleeping Artist Talk

“When I first started to photograph in dark and unfamiliar places all over Singapore in 2003, I had no idea that those images I made would come to define me as a photographer.

Born out of a curiosity of the unknown, as well as a young photographer’s restlessness, While You Were Sleeping grew to say as much about our country as it did of me.” – Darren Soh

You might have watched it online, now join us for a discussion between photographer Darren Soh and filmmaker Jeremy Ho to get some technical and creative insights into the making of the short documentary!

While the documentary was shot over six days by Jeremy with a minimal crew, While You Were Sleeping has been a project that is eighteen years, two books and two exhibitions in the making for Darren. They will share the 17-min documentary during the session, and also more behind-the-scenes images and anecdotes.

View the work and purchase prints from While You Were Sleeping here.

ABOUT DARREN SOH
An established photographer who is most recognised for his documentation of vernacular architecture, Darren Soh’s practice explores urban landscape and space in a rapidly changing Singapore. Darren’s works have been shown widely, including solo exhibitions at The Esplanade and Objectifs (Singapore Art Week 2015), and internationally at photography festivals like Noorderlicht (The Netherlands) and Obscura (Penang). His images are also collected by the National Museum of Singapore. He has published several monographs including While You Were Sleeping (2004), For My Son (2013) and In the Still of the Night (2016). In 2018, Darren produced a multidisciplinary project titled Before It All Goes consisting of a book, a documentary film and an exhibition highlighting threatened modernist buildings in Singapore. Before It All Goes was nominated for the President’s Design Award in 2020.

ABOUT JEREMY HO
Jeremy Ho is a documentary filmmaker whose work focuses on culture and social issues. He has covered topics from the rise of youth in Pakistan, the working class in Korea, to the struggles of low-income residents moving from Dakota Crescent. He also most recently served as the local production fixer for the Singapore episode of Street Food on Netflix. His work has been featured at major film festivals in New York, Germany, The Netherlands, and South Africa. Jeremy works closely with outlets like Channel NewsAsia and Yahoo Singapore, and clients like Michelin Guide and Ethos Books, directing and producing news features and documentaries. His video on the underwater rugby scene in Singapore garnered an EPPY Award, and his short documentary on the first Michelin-starred hawker went viral with 4 million views and won an Honourable Mention for “Excellence in Video Reporting” at the SOPA 2017 Awards.

As there are limited seats available for the talk due to safe distancing measures, please email us at info@objectifs.com.sg or call 6336 2957 if you are unable to attend the talk after registering for it so that we may free up your seat to other interested attendees.

Darren’s photo book, In the Still of the Night (While You Were Sleeping), is available for purchase via our online store here.

Purchase other titles and prints by Darren Soh via our online store here.

View more of Darren’s works on his website: http://darrensoh.com/