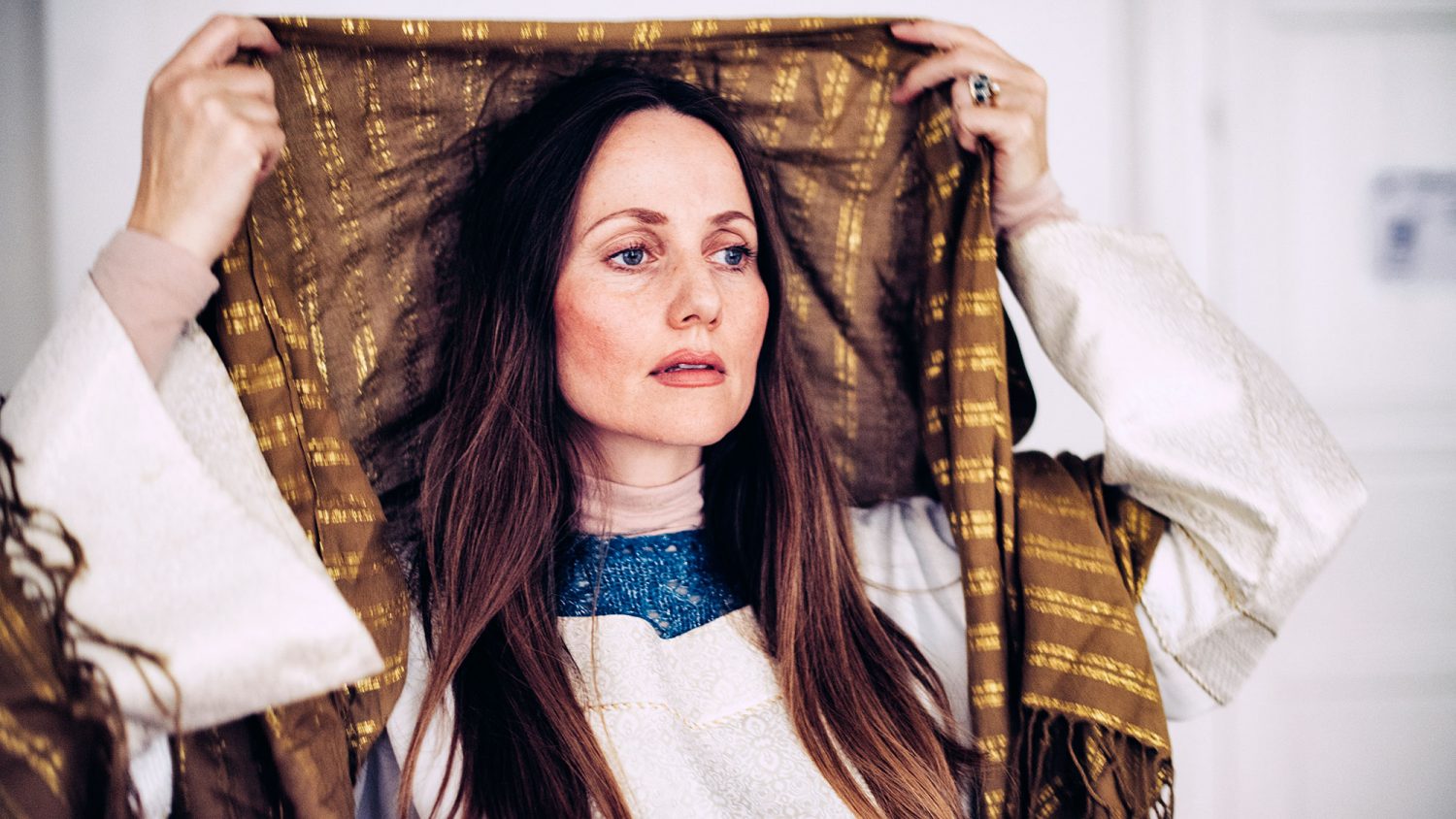 We wrapped up our Women in Film 2019: Remedy for Rage screening programme with The Reformist, directed by Marie Skovgaard.

The film was followed by a post-screening discussion with Nurul Fadiah Johari (Penawar) and Filzah Sumartono (Beyond the Hijab). [Read more about the film and about them here.] Read on for selected highlights from their discussion. Their responses have been paraphrased for brevity.

Fadiah: The film addressed many big questions and broad themes. At the start of the film, they talked about reform, which can be interpreted in many different ways. There is an Islamic tradition of reform itself: Islah. It’s not borrowing a Western concept. What Sherin is trying to do is not new, though in the context of 21st century Europe, which is dealing with issues like Islamophobia, and the immigration of refugees, it might be seen as revolutionary. The Danish media tried to pitch Sherin’s work as saving Muslims from themselves and saving Muslim women from patriarchal oppression; she faced a lot of resistance even from her own board members.

However, we have to put these issues in context. Even concrete, formal mosques for women aren’t new. Women’s mosques have existed in China for quite a while with women as imams. They are also seen as community and spiritual leaders. In Indonesia, women’s mosques have existed since the late 19th to early 20th centuries, with women imams. It’s quite a mainstream view that women can lead women in prayers; it’s more controversial whether women can lead men in prayer. Religion is never just a monolith, though certain people try to assert and dominate with their views. But there will always be a counter response, and in this case it is women who are fronting the counter response.

Sometimes, it is also easier to build alliances with people outside the community. Those who are trying to introduce something different are dismissed as deviant.

Filzah: Sherin has to deal with patriarchy from within the community, with people not considering her an authority despite her having the knowledge and lived experiences. She also had to deal with Islamophobia from outside the community. The work is double, triple, much more, for Muslim women.

I understand the dilemma of burning bridges. In the film, I understand why the board members of the mosque wanted to be more selective about which issues they wanted to work on, but if you want an inclusive space, you need to think about what “inclusive” is.

Fadiah: In Singapore, in terms of physical space in mosques, women do get sufficient space, but it’s not always accessible in terms of inclusivity. For example, older mosques don’t have lifts and elderly women find it hard to get up to the second or third floor. The newer mosques are better equipped with lifts. But inclusivity is also beyond the physical. It’s about who gets to be present and seen.

Filzah: It’s about who gets to be welcome in the space.

Fadiah: There are codes of conduct people have to abide by. To be inclusive means you don’t impose. You can be as you are and come as you are. The scrutiny can turn people away.

Filzah: It’s quite important to have physical spaces. We appreciate that Penawar has a physical space because that’s where you can meet people, build solidarities. It’s hard to exist by yourself when you have thoughts that are different from the mainstream. It’s good to have community, especially when you are working on sensitive issues and directly going against the conventional.

Fadiah: Another fundamental question the film raises is about women’s leadership in Islam. Some people are cautious about this.

Filzah: In Singapore it’s only this year that we have a  full female member on the Fatwa Committee. We have so far to go.

Fadiah: A lot of women are educated in the religious science, so there might be other factors that make it challenging for them to be represented. 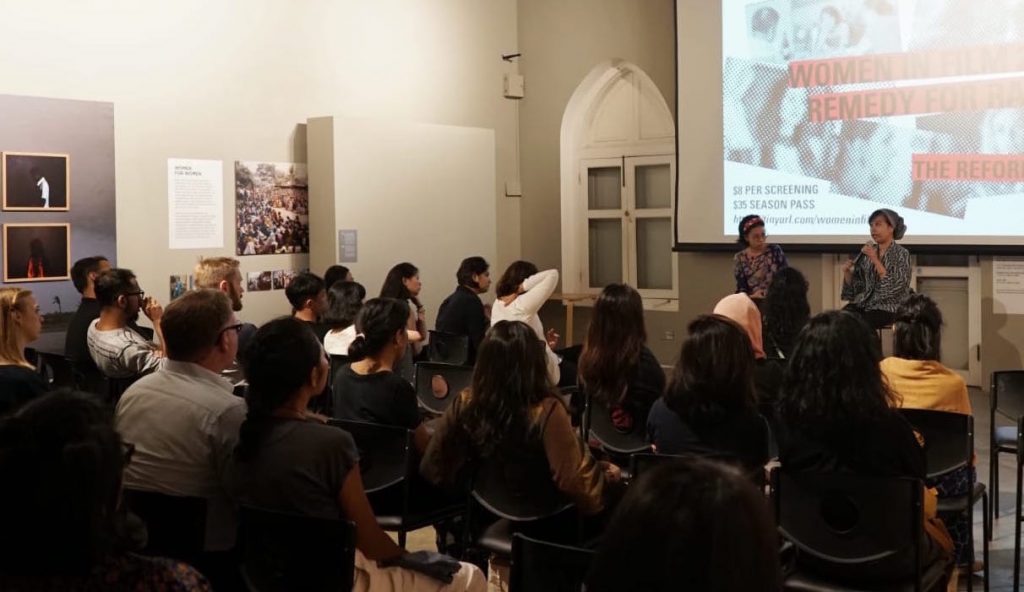 Fadiah: If you want to make change within the system, you have to address doctrine, you can’t avoid it. Some feel you should not only refer to the Quran, but the whole range of traditions and texts, which aid in the understanding of the Quran. Sherin’s methods are contextual, and subject to the society she lives in.

Filzah: It falls back to how we understand and practice the religion right now. Who is in power to interpret the texts? Men who may not have the same experiences and realities, the discrimination and extra burdens that women face. It has to include people’s lived realities, or many people will stray away or find alternatives that do welcome them.

Audience Member: The Western media’s perception is orientalising. Is what Sherin is doing also like that? There are also female theologians who peddle anti-women ideas.

Filzah: It’s not really your gender which shows whether you are sensitive to the needs of women. In May 2017, a world first took place: the Indonesian Women’s Ulama Congress. There are Ulama Perempuan or “women’s ulama”, both women and men, who are trained in gender sensitivity and read texts with that context. For example, they advocated against child marriage and to raise the legal age of marriage for girls from 16 to 18.

Fadiah: Some Muslims wrote off this gathering as a “western, progressive, liberal thing” but it’s actually legitimate. Indonesia is where it’s at! It’s very rooted to tradition; they’re not just imitating someone else. It’s a limiting notion that the core of Islam is found in the Middle East. Diasporic Muslims living in the West aren’t necessarily spearheading everything. Muslims in Southeast Asia are not on the fringe. This sentiment is widespread. Even at a summer school I attended last year on decolonising Islam, we saw that Muslims themselves can be very orientalist in their perspectives. I really hope there will be films made about the Muslim communities outside of the West and Middle East.

Filzah: In Singapore, the mosques are quite inclusive of women — as long as you conform. When we raise stories of incidents where inclusivity is lacking, people individualise the issue, but it’s actually structural. There are many informal, growing spaces in Singapore and I hope you can all support them.

Don’t miss the Women in Film & Photography exhibition and short film installation, on at Objectifs till 17 Nov! (Open Tue to Sat, 12pm to 7pm and Sun, 12pm to 4pm)