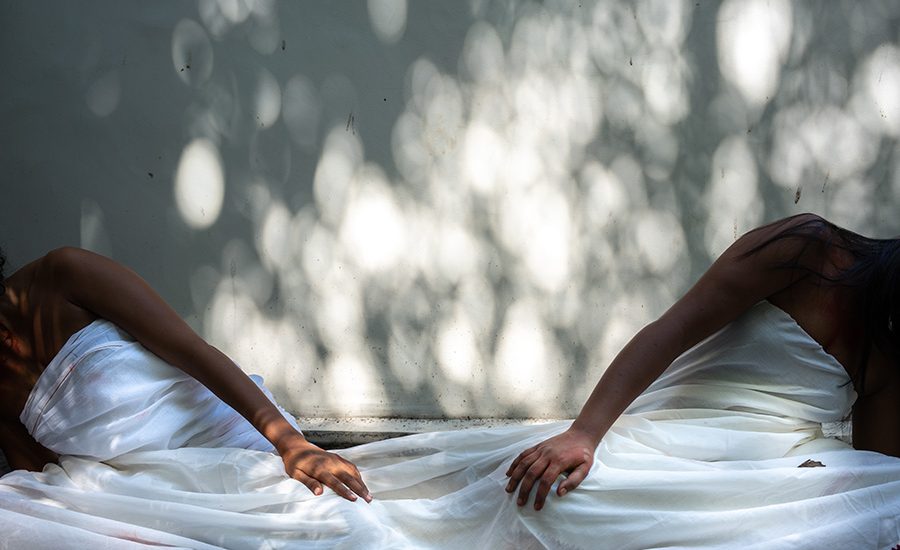 A film by Amrita Chandradas

“Being rooted to my ancestry is layered.
This is our privilege.
Our present colours the past.
They are faceless, a mystery
yet somehow, we inherit different facets of them within us.
One body embodying many different lifetimes.

We seek providence, we venerate them, we worship them as dauntless beings
yet they may not be what we imagine them to be.
We tiptoe between different timelines and spaces – rediscovering, exploring, questioning.
This is our privilege.
Our past influences the present.”

Phase/less is a collaboration between documentary photographer Amrita Chandradas, and artists Aarthi Sankar and Ruby Jayaseelan. It unearths generational traumas, passed on superstitions, ritualistic practices and the idea of womanhood within the Tamil Singaporean community. Unpacking their own memories, collective understanding and differing experiences, they further explore the idea of time and its cyclic nature. Overarching themes of death, rebirth, stillness and femininity are observed and repeatedly represented at different intersections of this film. Phase/less traverses through a myriad of emotions such as shame, guilt, pain, loneliness, tranquillity and euphoria, translated and questioned through distinct movements, expressions and symbolism.

Unresolved queries about one own’s ancestry and practices tread on. The ability to dismantle from certain enforced ideas is acknowledged and yet to be still shackled to other beliefs is recognised. Phase/less is a pause, a breath, a juncture through this timeless journey of life, presenting no beginning nor end.

Phase/less was commissioned by Objectifs for the sixth edition of its Women in Film & Photography Showcase. 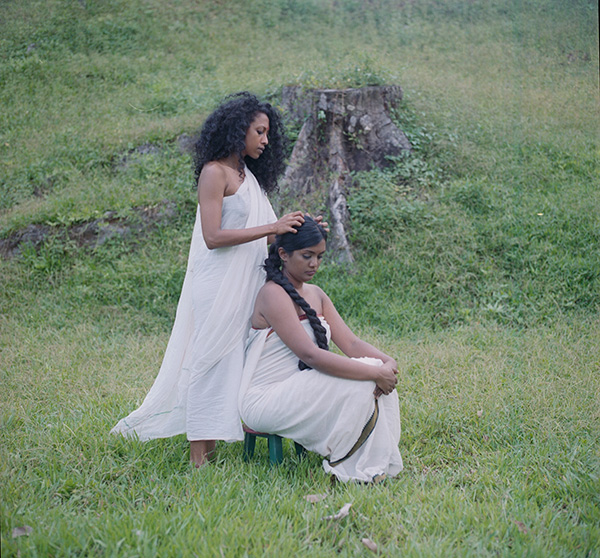 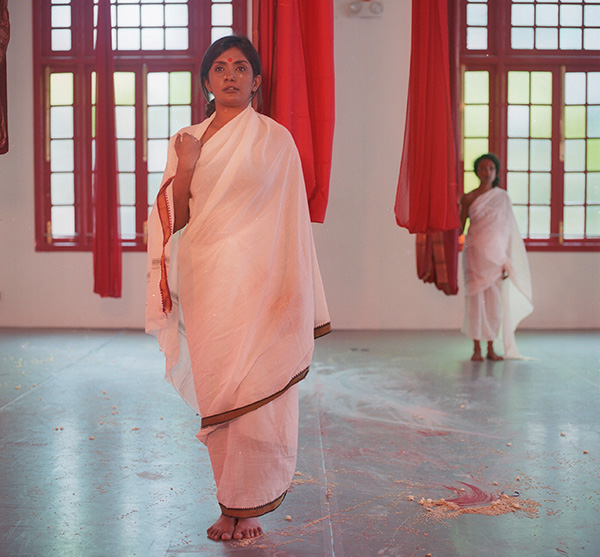 Amrita was also a finalist for the Asian Women Photographers showcase, excellence in Digital News by SOPA News, and was a young portfolio finalist for the Invisible Photographer Asia Awards. She graduated with an MA in Photojournalism and Documentary Photography from London College of Communication and is a former Angkor Photo Festival workshop alumni (2016).

RUBY JAYASEELAN did not know what to do with her life so she decided to dance it away. She spent over a decade acquiring formal training in Bharatanatyam and Yoga, in Singapore and India, only to use them in every way but traditionally. Over the years, she also exposed herself intensively to physical theatre, performance art, as well as somatic and experimental movement, in order to travel the world in the name of art.

AARTHI SANKAR is a Bharatanatyam practitioner with 27 years of training in the art form under the tutelage of Srimathi NeIla Sathyalingam. She believes that Bharatanatyam is an annex of life, a form that informs you of life’s imaginations, realities, and explorations. At the high point of her tutelage, she completed her Arangetram in 2009. Aarthi has also invested her time for more than three years, by conducting free dance classes for children and adults as a means of sharing her knowledge and bringing the joy of Bharatanatyam further.