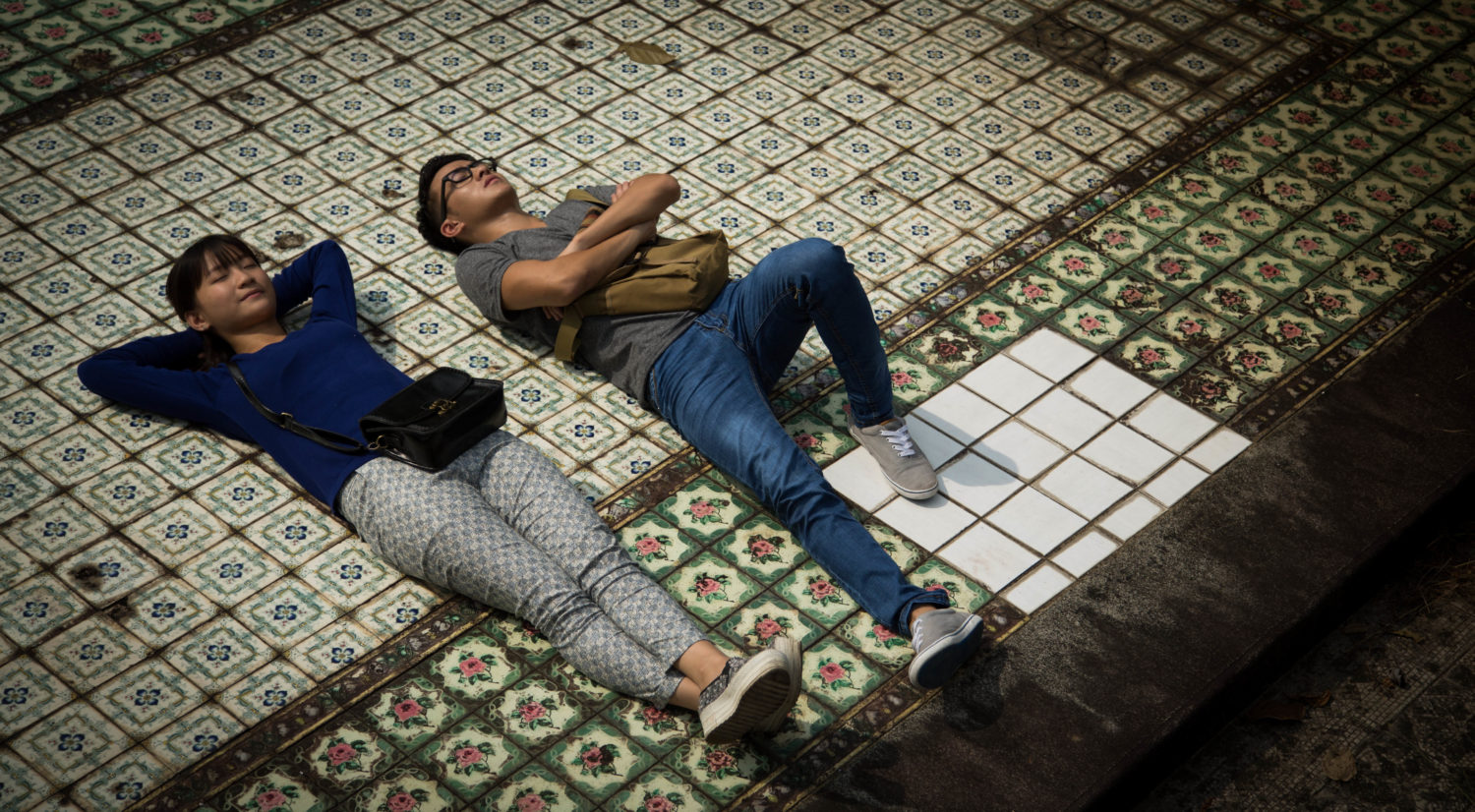 Watch Local is back! This year, Objectifs’ annual series dedicated to showcasing Singapore films turns to the small screen for inspiration. Telemovies commissioned by local television stations have entertained generations of Singaporeans not just in their homes but also on television sets (and, more recently, digital devices) in void decks, community centres and hawker centres across the island.

In Watch Local 2017, a selection of telemovies from the 90s to 2016 will come to life again, on the big screen for the first time. The films range from original scripts to adaptations of short stories and stage plays by local writers. Highlights include

Join us also for the first session of Production Talk ‘Live’, a sharing session where four filmmakers will talk about their works-in-progress. Co-presented with SINdie.

Objectifs is a partner of “Watch Local”, an initiative under the Singapore Film Commission.

The Playground / 66 min / 2015 / K.Rajagopal / PG
This poignant story, The Playground, is inspired by Cultural Award recipient the late Arthur Yap’s poem 2 mothers in a HDB playground. The relationship between two sisters Hui Fang and Hui Ying, and Hui Fang’s young son Kim Cheong is the main focus in this telemovie directed by award-winning director K. Rajagopal (A Yellow Bird). While Kim Cheong seems funny and everyone likes him – he is also a mature child who cares about his family and clearly sees things that even the adults overlook. 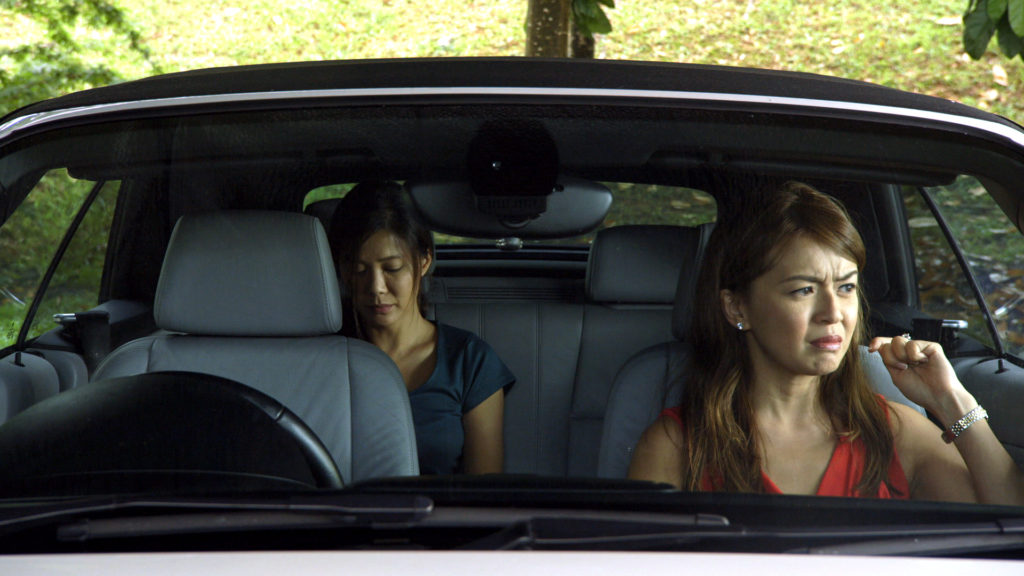 8 FEB, WEDNESDAY / 730PM [Tickets]
There will be a post screening discussion with the director

The Man in the Cupboard / 49 min / 2001 / Lee Thean-jeen / PG
Timothy has had enough of his dominating wife and has designed the perfect plan to murder her and get away with it. As he hides in the cupboard of his room waiting to execute his plan, he ruminates on his fifteen-year relationship with her. Starring Ivan Heng, Karen Lim. Based on a novel by Colin Cheong.

A Perfect Exit / 49 min / 2007 / Lee Thean-jeen / PG
When he is diagnosed with a serious heart condition, retiree Mr Koh takes stock of his life and realizes he has nothing and no one to live for anymore. He decides to check out early – commit suicide – through a night of sex with a young girl he finds on the Internet. But Mr Koh gets more than he bargained for. Starring Lim Kay Tong. Based on a short story by Richard Lord (From The Singapore Short Story Project) 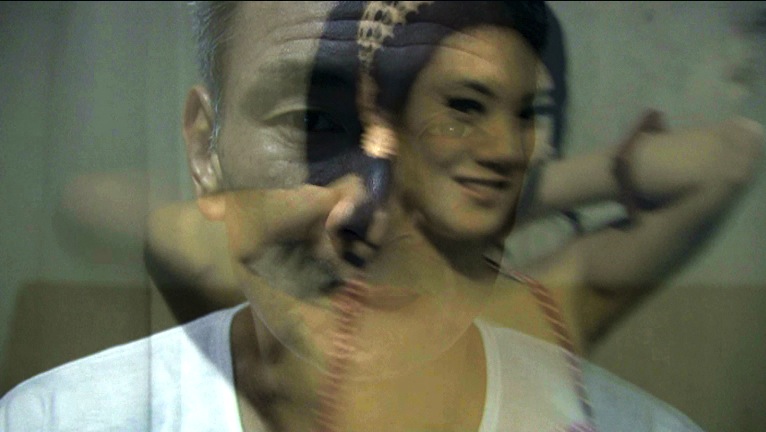 Muthar Kanave (First Dream) / 66 min / 2016 / N.Mohamed Yahssir / PG
Shravan and Charlotte meet each other in University and become inseparable, ignoring their different backgrounds and cultures. But faced with traditional expectations, Shravan has to decide between keeping his parents happy and a future with Charlotte. In Tamil and English, with English subtitles. 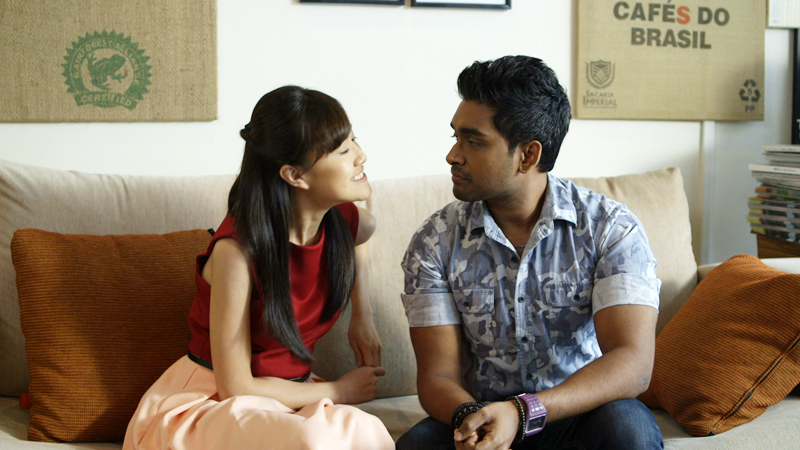 Cupid Love 七月俏佳人 / 88 min / 1995 / PG
One of Mediacorp’s classic telemovies, Cupid Love revolves around the world of itinerant entertainers. Set in the ’70s, this love story is about a getai singer who falls in love with a rich man’s son played by Chen Hanwei. Also stars Chu Yan, Zio Zio Lim and Koh Chieng Mun.

Please note that this film is in Mandarin, with no English subtitles.

Time Tomorrow / 60 min / 1993 / PG
Time Tomorrow is Singapore’s first original English telemovie starring Ng Chin Han. Laura Lin was shot to death by a robber, leaving her husband Jen devastated. While Jen is on his way back from work, he runs into Laura from 10 years ago. Jen is shocked by what he sees. After much thought, he believes that the 19-year-old Laura has transported from 10 years ago to present time. On the other hand, Laura is shocked to find out that she has transported to the future and wants to go back. What exactly is going on? 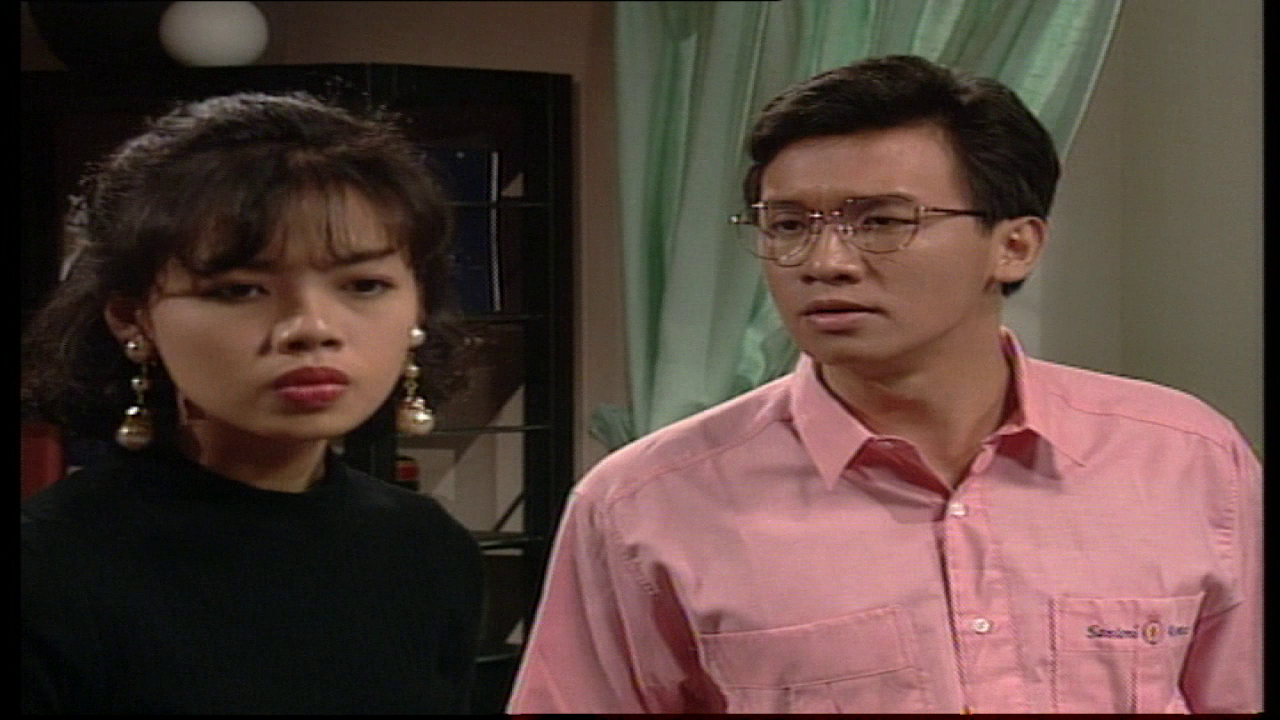 11 FEB, SATURDAY / 4PM [Tickets]
There will be a post screening discussion with the directors

Early Morning Awakening / 52 min / 2005 / Gozde & Russel Zehnder / PG
Meet Mark (aka Vinod), the poster child for a typical Singaporean family – educated, smart, outgoing. In school he receives outstanding marks and wins countless trophies as the captain of the debate team. His influential parents plot every step of his life, forsaking his personal happiness. Finally, his traumatic experiences at National Service, university, and work leads him to a mental break down. An outcast from his community, he finds Mayling (aka Saloma). Her simple-natured exterior masks a deep internal confusion created by the emotional loss of her father and a traditional mother who is deeply rooted in daily life pursuits. Unable to relate to the outside world, Mayling spends much of her time at home alone. One day she meets Mark and an instant bond is formed. The two share a harmonious existence in a world of their own, until reality intervenes. For the Stage to Screen series for the then Arts Central channel (now known as okto), Early Morning Awakening is adapted from the award winning play, Off Centre, written by Haresh Sharma. 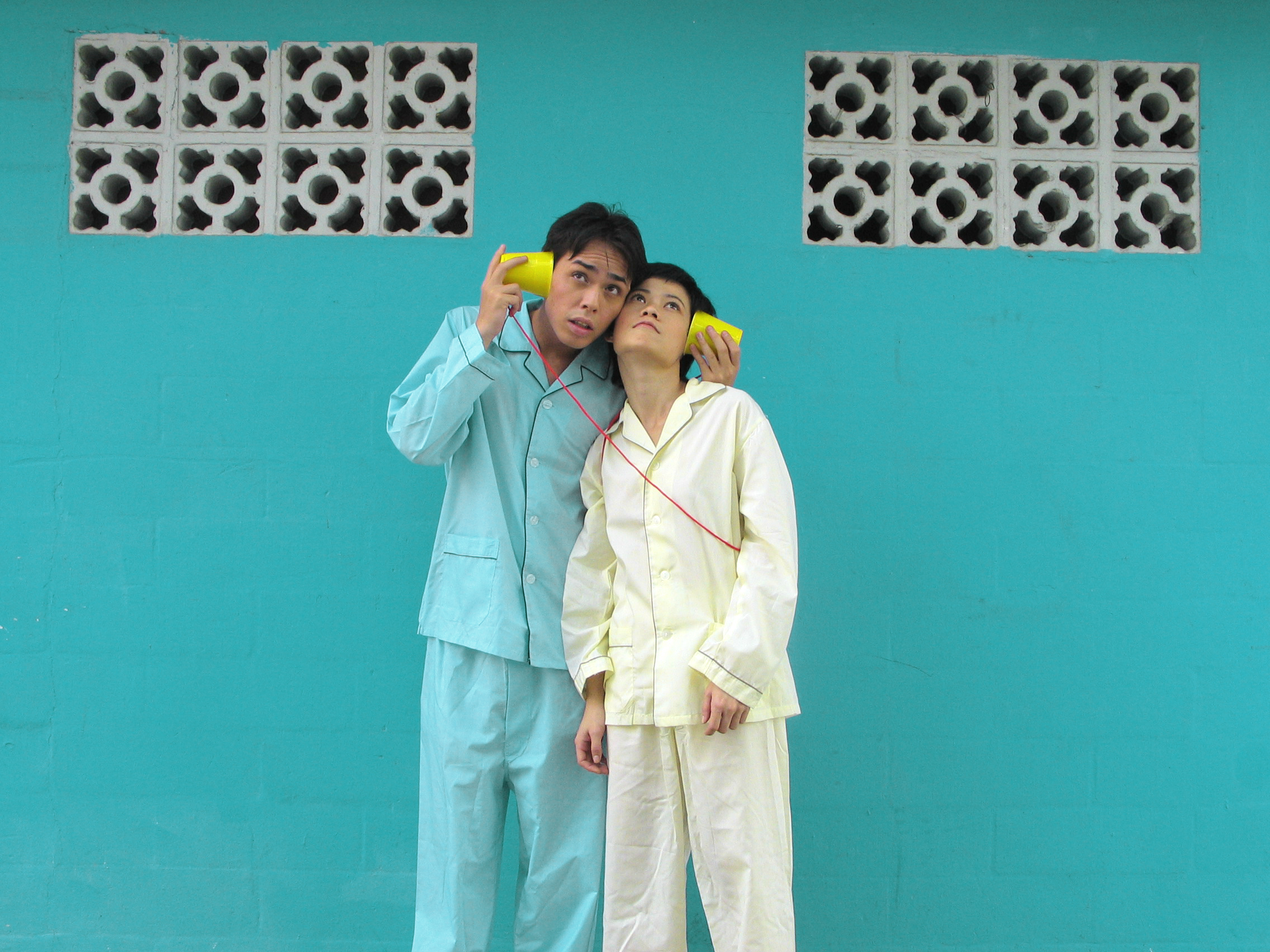 There will be a post screening discussion with the editor.

The Love Machine / 75 min / 2016 / Ler Jiyuan / PG13
Set in Singapore, a few years into the future, The Love Machine (TLM) is a telemovie about a group of lonely, isolated individuals struggling to find love in an era where the dating process is increasingly dominated by technology. The lives of these characters are intertwined through their common associations with an online dating agency: thelovemachine.com. Through their journeys, we expose the different facets of love and relationships in the digital age. No matter how far technology progresses, the human touch is still needed to complete the equation of love. 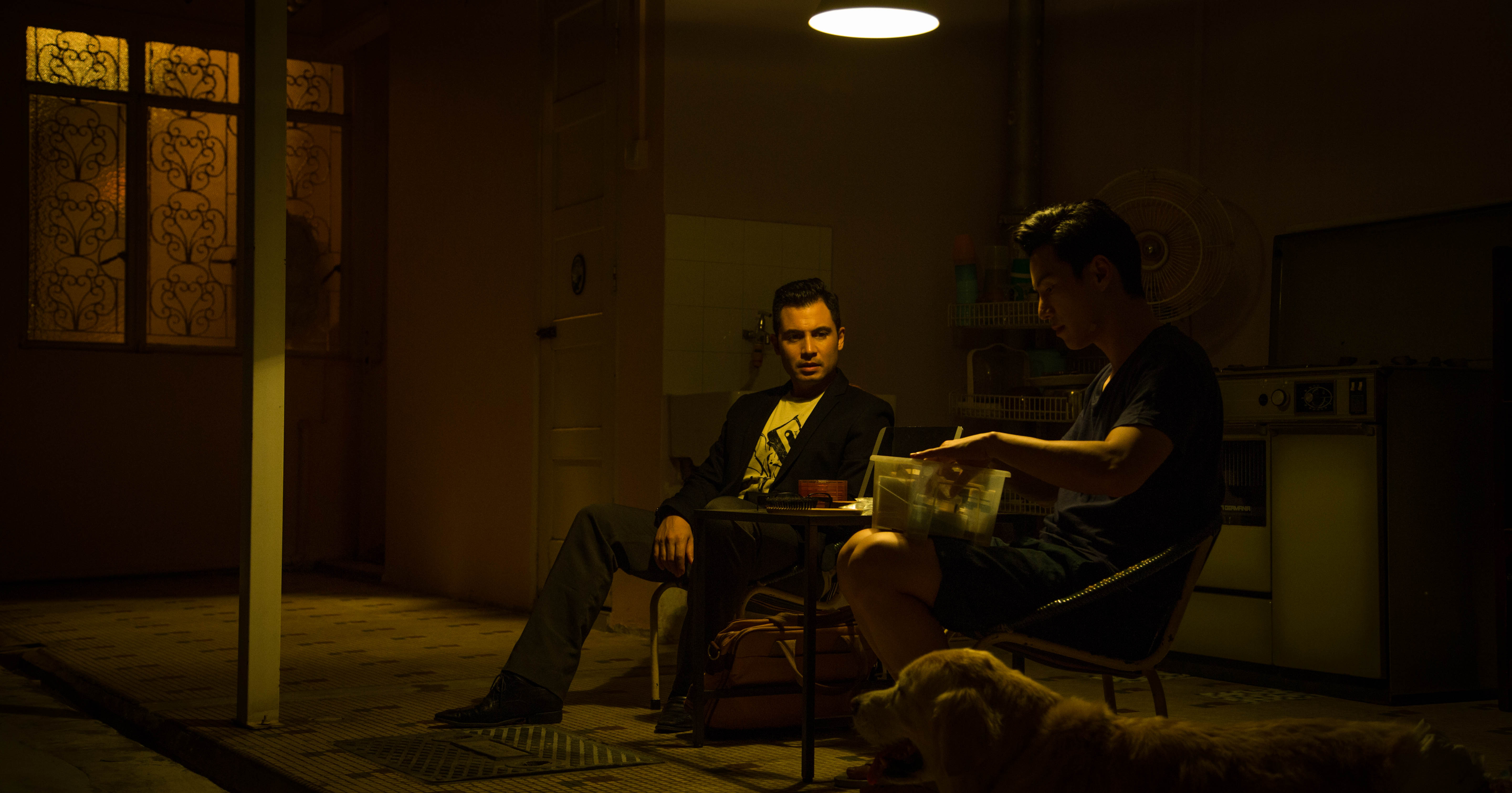 K.Rajagopal formerly worked in theatre and is a veteran of Singapore’s film community where he directs both TV productions and personal projects. He short films include I Can’t Sleep Tonight(1995), The Glare (1996) and Absence (1997) – consecutive winners of the Singapore International Film Festival’s Special Jury Prize. He first feature, A Yellow Bird, premiered at the Cannes Film Festival 2016.

Lee Thean-jeen is an award winning director and screenwriter best known for the Singapore television drama series, AlterAsians and The Pupil, and the feature films Homecoming and Bring Back the Dead. AlterAsians, an adaptation of short stories by Singaporean novelists, is his first drama series which won a number of awards including the Best Single Drama or Telemovie at the Asian Television Awards 2000. His first feature film Homecoming was one of the highest grossing Singapore film in the year of its release. He founded Weiyu Films, a content creation and production company, which is behind television dramas like Zero Calling and Code of Law.

Yahssir graduated from Temasek Polytechnic in 2005 with a Diploma in Interactive Media Design, specialising in Video Production and Multimedia. He has directed several award winning short films such as Hifzah and 7th Storey which have been in competition at the Singapore Short Film Festival. He also participated in the Panasonic Digital Fiesta 2010 with CheckMATE and won 4 awards.  Yahssir’s production company Millenia Motion Pictures also produces television programmes for MediaCorp’s Vasantham Channel. He was the winner of Project PDA in 2010, which gave him the opportunity to work at the prestigious Hyde Park Group in Los Angeles.

Director duo – Gözde and Russel Zehnder have been shooting shorts together since 1997. Since 2000 they have been producing documentaries and audio-visuals projects for their clients focusing in art, heritage, architecture and fashion related work with freestate productions – a stable space for the exchange of ideas, images and projects. freestate projects can be viewed at www.freestatesite.com

Ler Jiyuan is a director based in Singapore. He has directed a wide range of projects from brand videos, commercials, TV dramas and films, to music videos and short films. He is the director of the acclaimed feature-length Telemovie Gone Case, based on the award-winning novel by Dave Chua and the writer-director of Telemovie The Love Machine, which was nominated for five awards at the 2016 Asian Television Awards. Other projects for TV include Channel 5 high-profile drama serials Fiends and Foes, Code of Law, The Pupil, In Cold Blood, Perfect Deception, Confessions of Crime, Anything Goes and Zero Calling.

Ler is also one of the founders of the production company birdmandog. The company is responsible for several branding videos, short films and music videos. Recent projects include The Drum, which is in competition at the 2017 Clermont Ferrand Short Film Festival, and Paper House, currently still in post production.