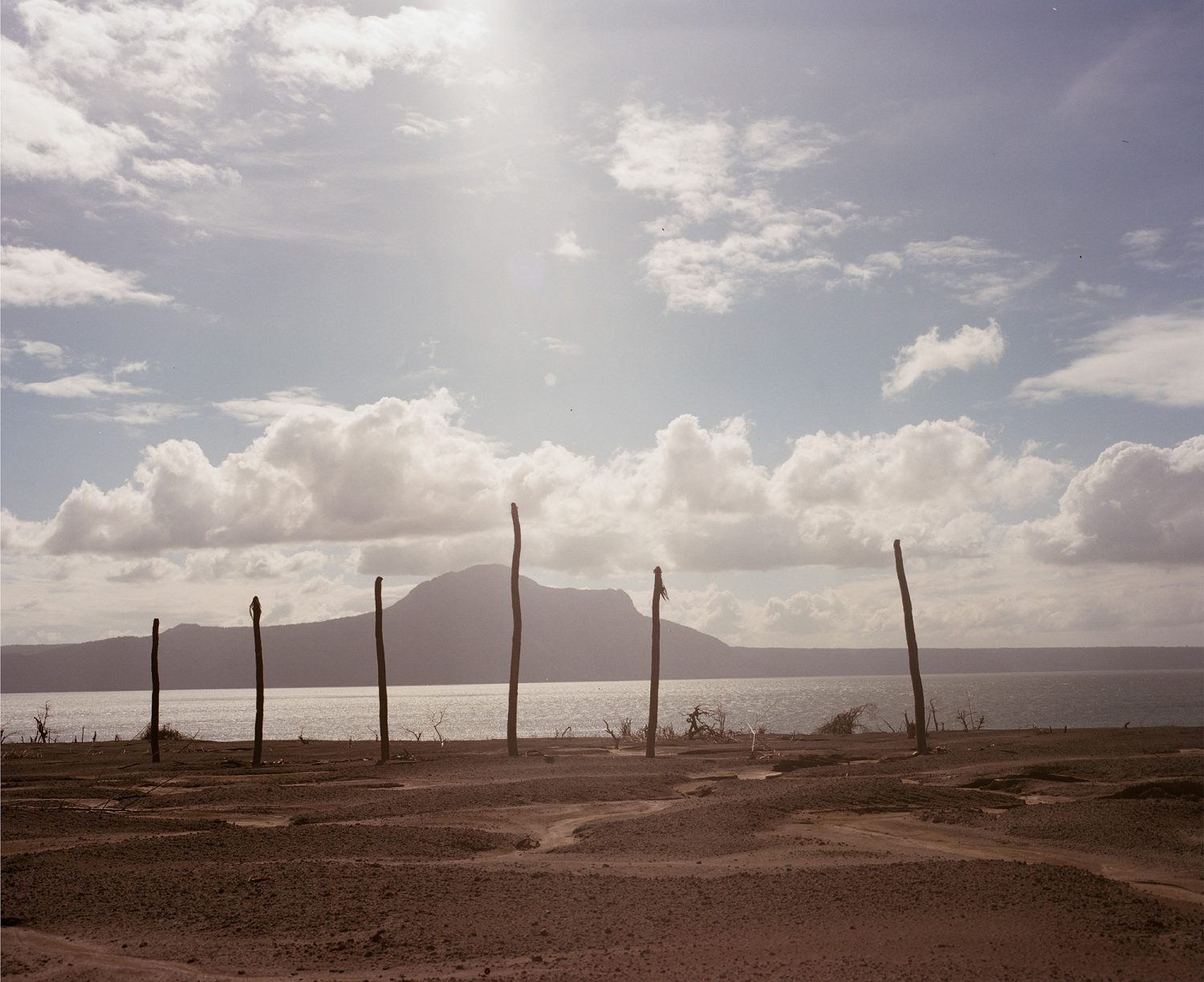 THE BLACK DOG WHICH CAUSES CHOLERA

THE BLACK DOG WHICH CAUSES CHOLERA

and the Two Memorials of Plague

By Jim Lumbera and Joey Singh (the Philippines)
Recipients of the Objectifs Documentary Award, Open Category

Artist Tours: Between the Silent Eyes and The Black Dog Which Causes Cholera and the Two Memorials of Plague
Friday 8 April 2022, 5pm to 6.30pm. Held at Objectifs. Register here.

In this lens-based documentary project, artist duo Jim Lumbera and Joey Singh journey from Manila to the Province of Batangas to trace an oral account from a colonial archive of a folk belief that ‘a black dog ran down the street’ and caused the great cholera epidemic during the Philippine-American War. Having unearthed another account of ‘many unknown mass grave sites of victims of cholera’ in Batangas, they went in search of these sites only to be eluded. Instead, through encounters with locals they found deep memories embedded within the oral histories and local knowledge that spoke of plagues in all its many faceted forms, both past and present.

The Black Dog Which Causes Cholera and the Two Memorials of Plague is Lumbera and Singh’s exploration at creating a visual archive that sensitively re-articulates local narratives, such that it maintains its fluid and momentary quality, and is not so easily grasped by outsiders. In contrast to the colonial-era photographs that often attempt to permanently fix the subject in a legible manner, their images have a soft dreamlike gaze, as though it might waver and dissolve.

Within the exhibition are photographs of the landscape–infested, scarred, transplanted, healed, resilient, and memorialised–that bears layers upon layers of history: stray dogs in Metro Manila that emerged during the lockdown to roam the empty streets; Taal Volcano, an active volcano that recently erupted in July 2021; towns and cities swallowed by Taal Lake; burnt trees and ashened lands; shrines to saints and spirits. Hovering over these images are memories of traumas echoing through time.

Presented by Objectifs
Supported by the Cultural Matching Fund

About the artists
Jim Lumbera and Joey Singh are two filmmakers from the Philippines who now collaborate as a duo in creating and exploring lens-based works. Their current projects include documenting the recent Taal Volcano eruption and further investigating and translating The Black Dog Which Causes Cholera in multiple contemporary art forms.

Jim Jasper Lumbera is a filmmaker whose works explore ideas of time, language, myths and form. His films include the short film Class Picture (2011) and feature film Anak Araw (Albino) (2012) and have been screened internationally. In 2012, he became a recipient of the Ani ng Dangal National Award for Cinema from the President of the Philippines. He is also a cinematographer for many works by major Filipino filmmakers including Sherad Anthony Sanchez, John Torres, Raya Martin and the like.

He co-founded Tito & Tita, a film and art collective. Through installation, film, photography and collective actions they explore the spatial, architectural, performative, and cinematic elements of image- making, often working with small-gauge film formats such as Super 8 and 16 mm. Their name Tito & Tita is Tagalog for ‘uncle and aunts’, suggesting an informal network of artist collaborators.

Joey Alexis Singh studied filmmaking at the University of the Philippines Film Institute. She was first introduced to costume design and later ventured to assistant directing for several independent and mainstream films.

In 2019, Singh met Lumbera in a television entertainment production, and they started their collaboration on The Black Dog Which Causes Cholera in 2020, after Lumbera first presented the work at the Vargas Museum exhibition, “Variations of the Field”.

Kamiliah Bahdar is an independent curator living and working in Singapore. Her first foray into curating was as a participant in Curating Lab 2012, a programme organised by NUS Museum to train young curators. In 2015, she pursued an MA at Nanyang Technological University where she wrote a thesis on microresidencies in Indonesia, with a focus on how residency programmes support contemporary art practices. She received the inaugural 2017 IMPART Awards for the curator category.

She has curated numerous exhibitions and projects, including in more recent years Nyanyi Sunyi: Songs of Solitude (2018, Gillman Barracks with Syaheedah Iskandar), State of Motion: Sejarah-ku (2018, Asian Film Archive), and Merayakan Murni (“Celebrating Murni”, 2015-2016, Ketemu Projects, Bali), and is a member of the collborative project soft/WALL/studs. With her current attachment in the library of an educational institution, she is beginning a new cycle in her curatorial practice.