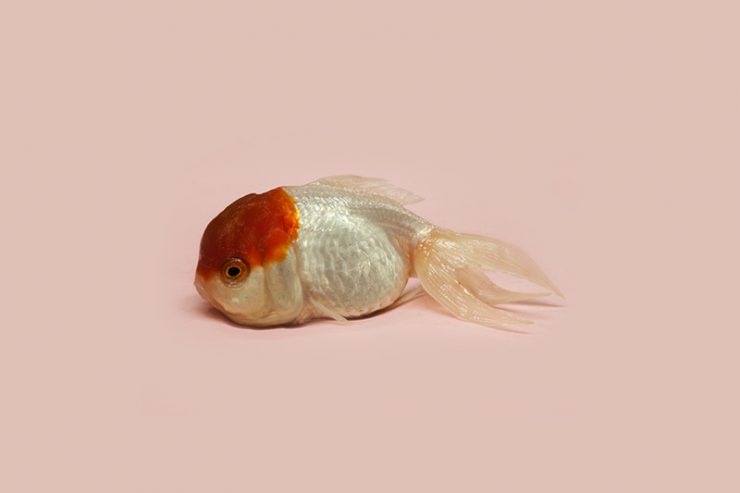 A talk by Robert Zhao Renhui and Shengze Zhu

Stories That Matter is an annual documentary programme by Objectifs that looks at critical issues and the possibilities of non-fiction visual storytelling. The theme for 2021 was Mediation/Circulation, which looked at the mediation and circulation of documentary images, in turn posing questions about how they impact our understanding of visual culture as audiences, creators and publishers. As part of the programme, three public talks with artists, filmmakers, NGO workers and academics were presented.

In this talk, visual artist Robert Zhao Renhui and filmmaker Shengze Zhu were in conversation with visual artist and progamme co-curator Wei Leng Tay about the different ways in which they employ documentary images and language in their work.

A Guide to Flora and Fauna of the World

Robert’s artistic practice mainly deals with photography, and documents the relationship we have with nature. He spoke extensively about his project, A Guide to Flora and Fauna of the World, which took the form of an exhibition and a book. 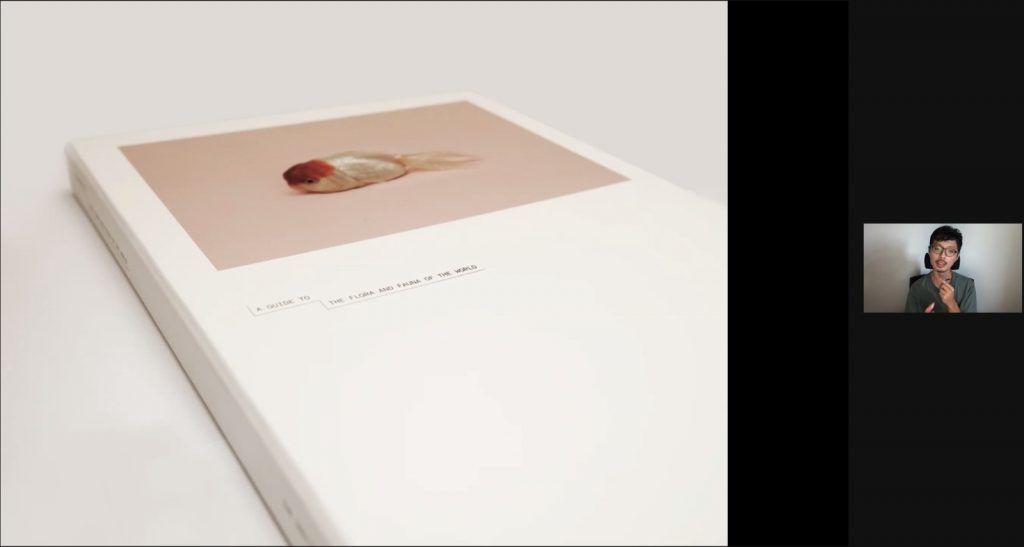 “In the project, there are 55 entries that each tell an interesting story of how we have interacted with animals and nature in the past decade, how the line between what’s natural and what’s not, is blurring.”

The project began when Robert realised that the goldfish lacked a scientific name, because it was an animal that was bred by artificial means.

“I found it very strange that this animal has no place in scientific categorisation, because this is an animal that is very common, and it was the first fish that I got to know growing up. I wanted to see if there were any other species that cannot be classified by science.”

As he continued the project, Robert collected more of such stories of how humankind had intervened directly or indirectly in the evolution of animals and plants from the internet, scientific papers, and even unsuccessful scientific experiments. They included glow-in-the-dark zebrafish, square apples and falcons that had evolved to hunt by artificial light.

“A lot of the images in the project were created digitally. The colourful images are the ones whose stories I could isolate to single objects. There is a lot of photoshopping involved to place the subject in a kind of contextless, colourful background, to make it seem like a specimen. For stories that I felt needed more environmental context, to show for example, animals adapting to life in a city, I would construct the image from many images.”

Robert shared how the project had been exhibited in the Singapore Biennale 2015 and in France at Rencontres d’Arles in 2016. In the book, the images he made were presented together with text describing the story of each subject, and presented in a series of single page colour plates.

Looking for companionship in cyberspace

Filmmaker Shengze Zhu spoke about her first feature film, Present.Perfect, which is made up of footage from the internet sourced from Chinese live streaming platforms. Her interest in the medium was piqued by an incident where a young man who was notorious for live streaming stunts that he would perform at the top of skyscrapers in China, fell to his death in the middle of such a live stream. Shengze began watching different live streaming anchors, and in the course of making the film, gathered more than 800 hours of footage.

“I spent hours and hours every day watching live streaming shows, and one day, I realised I had become immune to the ones that were just pure entertainment. But I encountered a very small group of people who didn’t want to be famous, who were simply using it as a way to connect with other people. Some of them had disabilities, some of them live in the countryside, or work in factories. They come from different backgrounds, but what they had in common was that they were looking for companionship in cyberspace, instead of the actual world around them.”

The other aspect of live streaming that fascinated Shengze was the medium itself.

“I was in Chicago, watching these anchors who were in China, and I realised that the physical distance and time difference was no longer important. I realised that live streaming is very unique because of two important features: real time content and instant interaction. It allows you to connect with other people through a screen. So while I was making the film, I tried to reinforce or recreate this feeling of virtual togetherness by keeping the footage in its original form, with clips that are one, two, even three minutes long.”

During the discussion, moderator Wei Leng Tay pointed out how Robert and Shengze’s works deal with boundaries and how this manifested in the presentation of their work; in Present.Perfect, how the personal experience of interacting with the anchors was translated to a cinematic experience, and in A Guide to Flora and Fauna of the World, how human interference has impacted the natural world.

Said Shengze, “If you watch live streaming shows, you will see a lot of live interaction, like comments flying over the screens. It’s quite overwhelming. In the film, I deliberately hid this function, because I wanted to reinforce the feeling of loneliness, where it feels like the anchor is talking directly to you. In a way their dialogue becomes a kind of a monologue. I think that’s very important, because I feel this film is about loneliness in a way; those anchors talking to the screens are lonely, and the people watching their shows, including me, are lonely as well. That was a very interesting phenomenon to me.”

In the case of A Guide to Flora and Fauna of the World, Robert said, “The way we deal with information nowadays is mostly in the form of text and images, and I find the relationship between both of them very interesting. Also, the way we understand nature is mainly through science, so I wanted to use the language of science and documentary to present the stories, and publish them under the Institute of Critical Zoologists, which is a fictional scientific institute I work under. The language I used is very clear and objective, but the images themselves are a bit bizarre and strange. In the book, I use different types of paper because I was interested in how a lot of these facts and objects of science are presented with a particular paper, format and image. Ultimately it’s meant to make you think, or read more about the subject.”

Wei Leng also asked how both works deal with the idea of extremes. In Present.Perfect for instance, in the way the film includes a live stream from a burn victim and people with disabilities, and in A Guide to Flora and Fauna of the World, how many of the stories featured were outside the realm of what might be perceived as normal in nature. 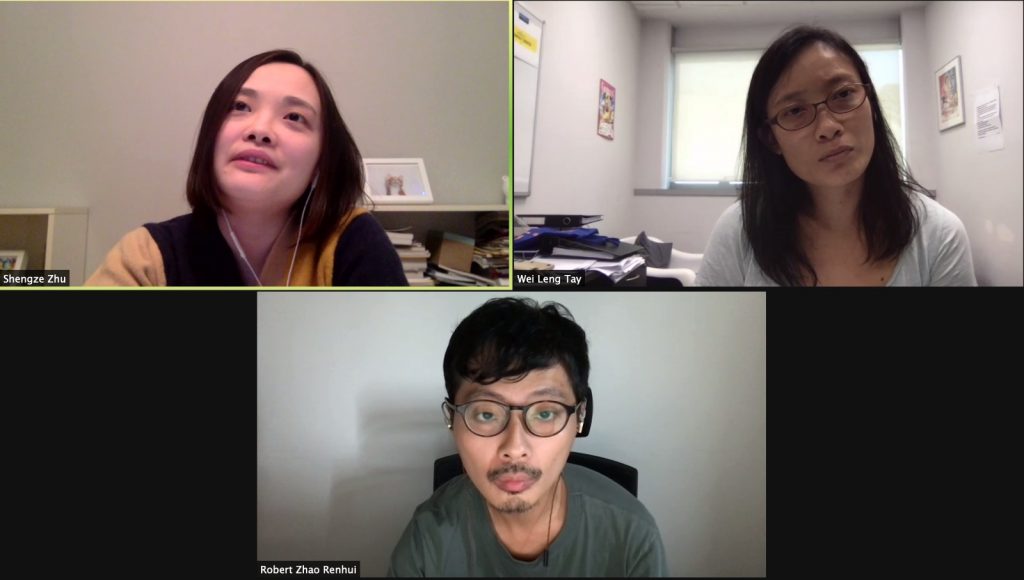 Said Shengze, “What intrigued me about these people who are in less than ideal situations, is that they have a very strong desire to connect with other people. Before live streaming, they didn’t have this kind of opportunity to interact with others, because some of them struggle with face to face interaction. With live streaming, they can finally be seen by others, even if it’s just 5 or 10 people. They are not influencers or internet celebrities, and they don’t earn much money by doing it. Even then, I think that it helps a little bit because they can share their emotions or their thoughts with other people.”

Robert said, “To me, all the 55 stories in my work are very extreme. We are so used to some of them, that we don’t realise how we have changed or forced nature to change for us. So I saw this as a way to make us realise that our everyday relationship with nature is actually extremely violent.”

Robert then asked Shengze about the process of making her film. “When I spend hours trying to capture a particular animal,” he said, “I know that my presence affects their behaviour, so any kind of neutrality is impossible. You mentioned you actually talk to the live streaming anchors sometimes. How do you manage this relationship with them, and how does this affect the film?”

“I think it’s important to have a relationship with the people who are in my films” said Shengze. “This film is very different from a conventional documentary film where you are interacting in real life. With this film, my only interaction with the people in the film was on the internet. I feel like I know them because we chat online, and they share a lot of details about their lives. But at the same time our interaction is also limited because it ends when they go offline or when they delete their accounts. This relationship is something that I have never encountered before.”

A member of the audience also asked a question about the use of black and white, and how sound was treated in the making of the film.

“I used black and white to maintain a certain consistency, because the difference of the image quality of the live streams. It was also an important way to differentiate the real from the virtual. It serves as a reminder that live streaming is a kind of reality that is being filtered through someone’s eyes, and gives it its own subjectivity. With the sound, 90% of the sound is original to the footage but in some instances, I combined multiple tracks to make the sound richer and more complicated.”

Wei Leng then likened the experience of watching Present.Perfect to watching an actual live stream, because of the long clips that made up the film.

“Continuity and the passage of time is something that I am interested in exploring in my films,” said Shengze. “I am fascinated by the ordinary rhythm of our lives. Most of the footage was focused on the mundane, on daily routine, and there’s no drama or climax in the film. And so by letting the audience feel the passage of time through duration, they can feel the beauty and also the absurdity of the mundane.”

Header image: World Goldfish Queen from the series A Guide to the Flora and Fauna of the World (2013), courtesy of Robert Zhao Renhui