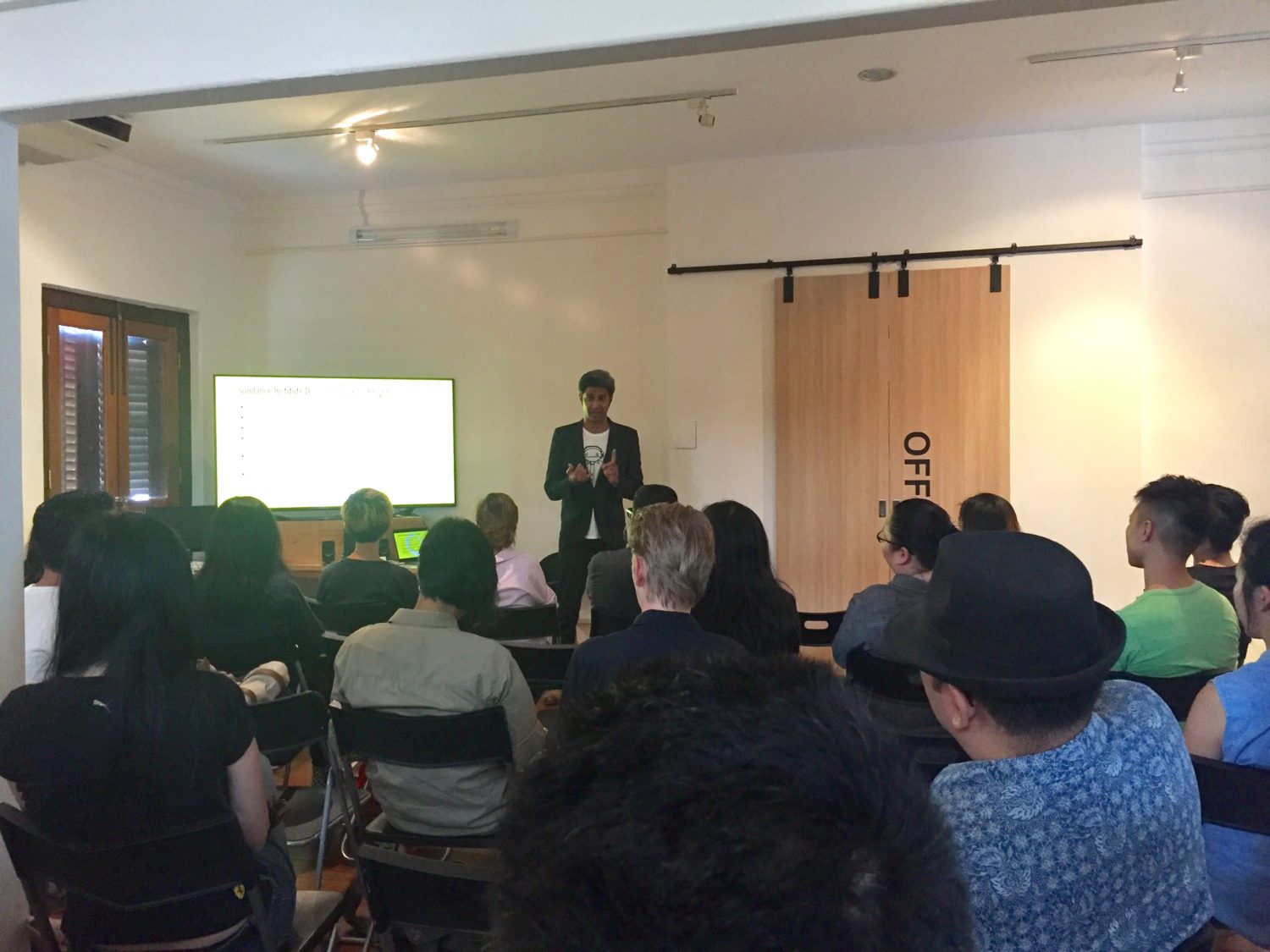 PROGRAMMING DOCUMENTARIES IN A NEW AGE

PROGRAMMING DOCUMENTARIES IN A NEW AGE

A presentation by Hussain Currimbhoy

Objectifs recently hosted Hussain Currimbhoy, a documentary and VR programmer for the Sundance Film Festival and previously Director of Programming at the Sheffield Doc/Fest.

From Hussain’s talk, it emerged that change has perhaps been the greatest constant when it comes to the nature of documentary, the influence traditional authorities like programmers and media hold, and the role of film festivals. Read on for a recap.

What is a film festival for?

In a time when “money, audiences, press are shifting, power at the top is all changing”, film festivals are for filmmakers to “connect with people, prove you have an audience, and get [the support to get] your next film made”.

At film festivals, audience members are often especially “appreciative, curious about your work” and “eager to see other parts of the world” represented onscreen. Thus, as a programmer, Hussain strongly considers “what works for the audience” when selecting films. Using North America as an example, he stated, “US culture itself is complicated and broad but we don’t get a lot of mirrors into it.” So, he looks for films that are “different from Hollywood, offering unusual takes on the culture”.

Over the years, Hussain has observed radical shifts in what is submitted, screened and accepted as “documentary”. At Sundance, he has seen documentary in which the director steps into in the narrative and explores the ethics of intervention (Sonita), documentary that won a cinematography award and can be considered a “shift in form” (Machines), and even documentary that was released as a fiction film in its home country (All These Sleepless Nights, from Poland).

Established directors known for fictional works are also trying their hand at documentary, like Richard Linklater with Boyhood. Hussain views this as a positive development, as the recognisable names help draw audiences, and can show them that “documentaries can be big cinematic experiences, not just TV experiences”.

Documentary is not only leaving its mark on the big screen, but increasingly also on the small screen. Hussain recounted his experience watching O.J.: Made in America which was released both as a miniseries and theatrically and “caused a ruckus about what is TV, what is film”.  Online platforms like Netflix pick up films for distribution via festivals. Suddenly, a small documentary is exposed to millions of subscribers around the world. Hussain feels this also helps increasingly familiarise ordinary viewers with documentary.

Film festivals are also responding to these developments. For example, from 2018, Sundance will also include an Indie Episodic section to highlight works like O.J.: Made in America.

Hussain dislikes the “colonialism of old-school programming”, in which programmers abuse their influence in potentially shaping a filmmaker’s career by operating on a dynamic of expectations and obligations. He looks out for films that are “not just a copy or one trick pony”. To give a film a fighting chance, he hopes it will have a “full audience” and offer them a “good Q&A”.

Finally, Hussain encourages filmmakers not to submit very rough cuts of their films but more complete versions, even if it’s not the 100% locked work. For example, when he views the screener, he “needs meaning in sound”. “Sound can be almost more important than visuals because it can create memories that visuals can’t”. At the same time, he advises filmmakers not to rush.

“Don’t look at it like a festival will make or break your film. Make the film for you. Make a film that you want to see. Your footage will speak to you as you spend time with it.”

Start your filmmaking journey at Objectifs with our film workshops.