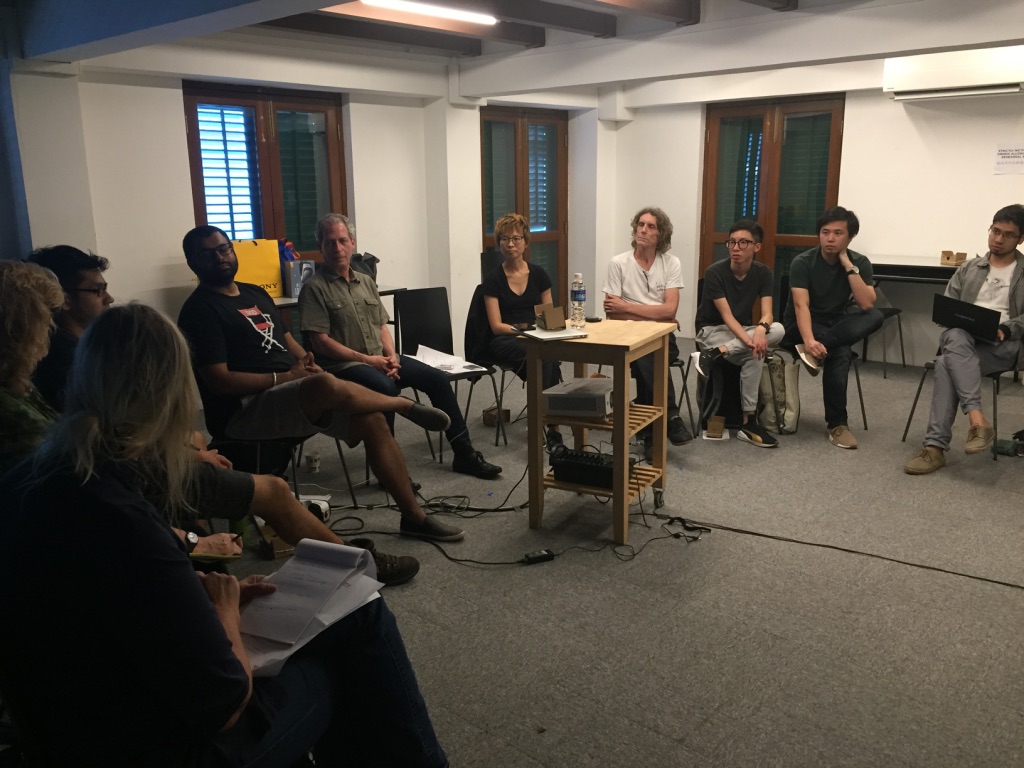 The workshop brought together participants with various backgrounds spanning filmmaking, visual art, technology, storytelling and academia. Here are some highlights.

With these opening remarks, Naimark set the context for the emergence of virtual reality technology. He acknowledged that currently, VR is primarily visible in the mainstream in the form of “headset-based immersion” (Google Cardboard, Samsung Gear VR, Oculus Rift, etc.) and that they are “here to stay”, and “very efficient for what they do”.

Naimark explained, there are more ways for a viewer to navigate the world of the footage in VR content than with non-VR content. The viewer can look around (stay grounded in one spot but view what is on the screen), observe or enact intra-frame manipulations (change or move things about; “blow stuff up” like in games) or physically move about such that what is onscreen changes with their movement.

Once the viewer is locked in there’s very little motivation to look elsewhere.

Given this, Naimark advised VR content creators to aim for “directed interactivity”, to deliberately guide viewers’ attention, at least in these early days; while people have grown used to first-person point-of-view video games, for example, there are still only a few movies using this perspective.

Naimark’s presentation laid the groundwork for enthusiastic discussion from the group about the potential of VR, including storyboarding for VR and VR as a narrative tool. The workshop concluded with a lengthy discussion on VR as “empathy machine”, and where VR falls on a spectrum ranging from abstraction to hyperreality.

Read further arguments for and against VR as “empathy machine” and learn more about Naimark’s work via his website. Virtual reality enthusiasts in Singapore can connect via the AsiaVR Facebook group. 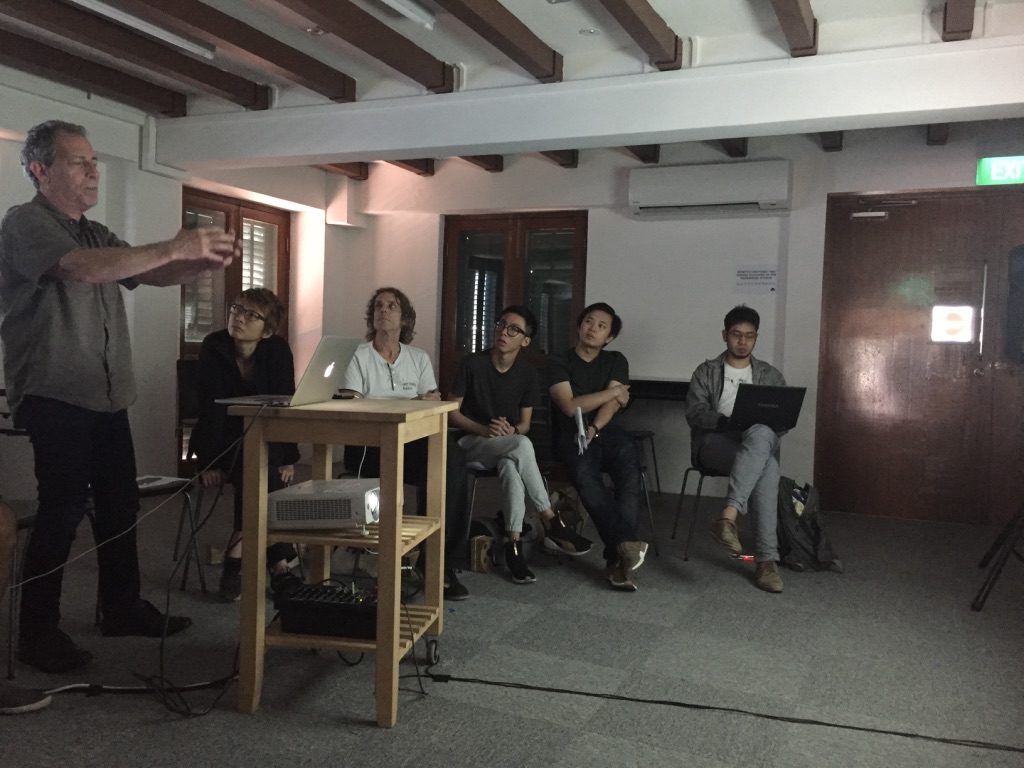 VR pioneer Michael Naimark (standing) kicked off the day with an introduction to VR, its evolution and new work in the field. 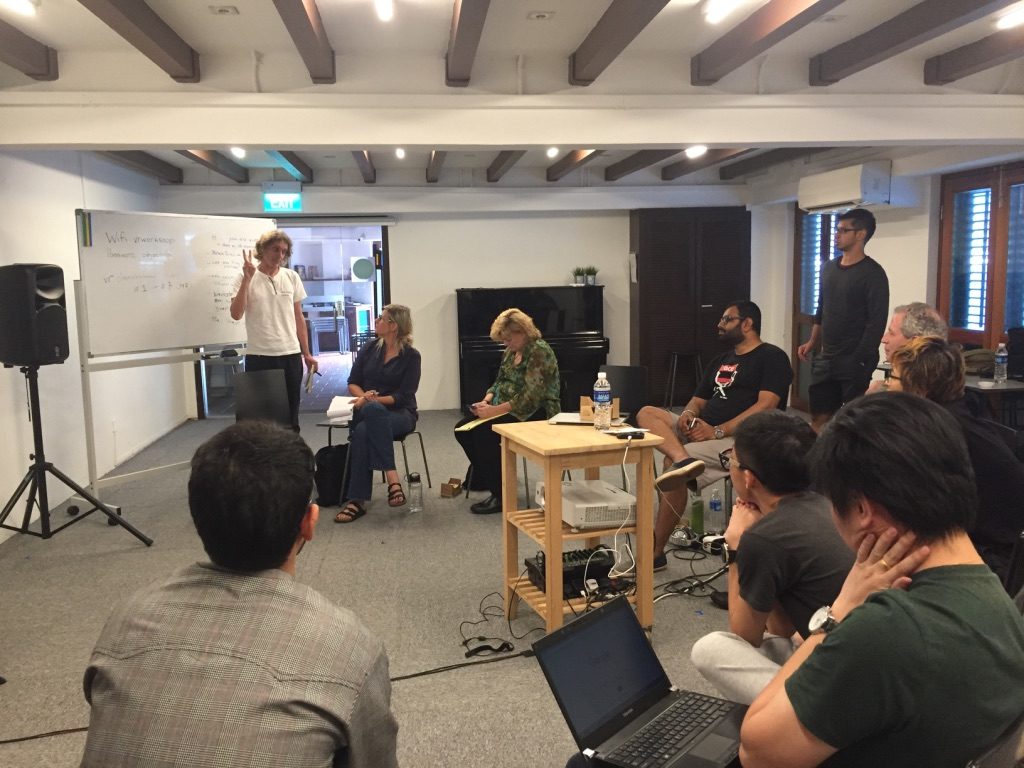 Participants discussed the prospects and challenges of VR and workshopped ideas for ongoing and new projects. 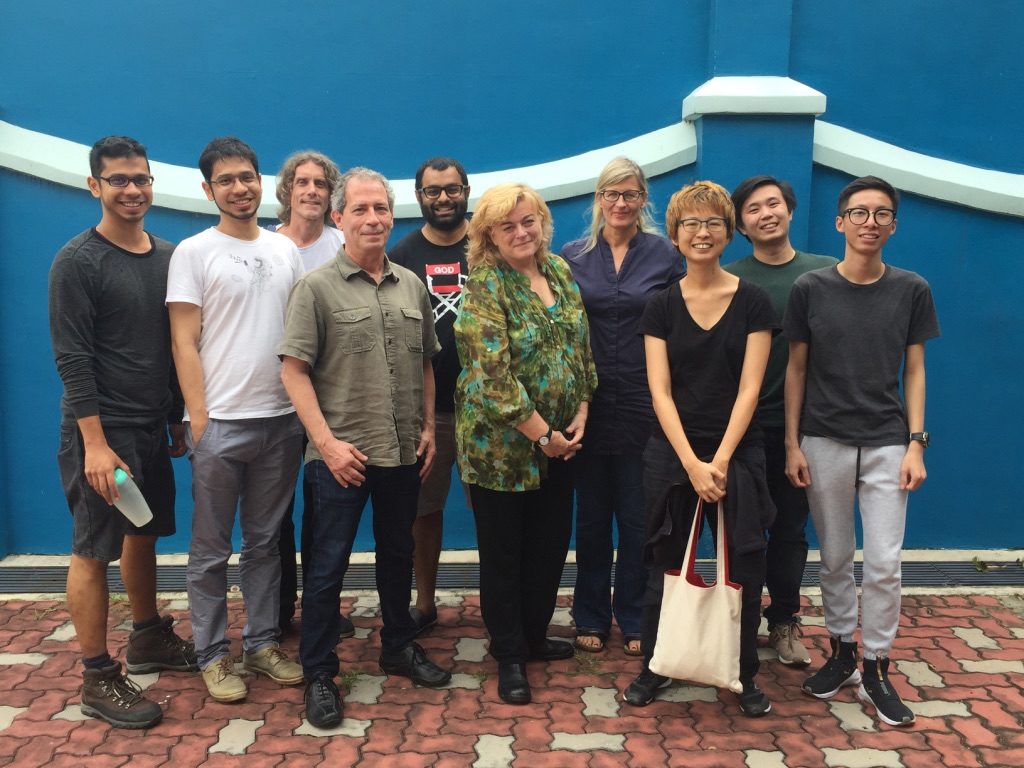 Participants with Michael Naimark (fourth from left). (Thanks to our neighbours Centre42, for sharing its space for the day for us to run the session!)