Editing for Documentary and Fiction

Editing for Documentary and Fiction

Objectifs’ Women in Film 2016 programme highlights the career of acclaimed film editor Mary Stephen. As part of this special focus, Stephen gave a free seminar on Editing for Documentary and Fiction on Saturday, 5 November.

Born and raised in Hong Kong, Stephen studied Communication Arts in Canada. She started making and editing her own films before embarking on a long collaboration with French New Wave director Éric Rohmer, right up to his death in 2010. In recent years, Stephen has edited numerous Chinese and Hong Kong productions including works by Li Yang, Du Haibin and Ann Hui. She is a member of the Academy of Motion Pictures and Sciences.

“I don’t think a lot about editing, I just do it.”

Editing, Stephen said, comes naturally, but she identified three factors that are crucial to think about. First, clarity, not in terms of “spelling everything out” but in terms of intention: “what you want the film to do, where you want it to go”. This saves time when editing. Second, flatness, which is to be avoided. Even a well-edited scene can be flat. Don’t hesitate to “throw things out the window and always try to surprise, to intrigue.” Third, elegance, which is about flow. It is not about being visually beautiful but about evoking feeling.

Stephen believes all filmmakers should be familiar with editing, and that engagement with these art forms can help: music, which helps us locate the internal rhythm in a scene; poetry, which demonstrates “condensing to communicate an emotion”, which editing is all about; and the visual arts as paying attention to the relationship between visual elements, space in particular, hones our understanding of rhythm.

“I need to shut myself in a room and have a communion with the material, and solutions just come to me. Editing is really magical.”

Every editor works differently. Stephen prefers to work alone. In her seminar, she focused on the following techniques, with reference to films she has edited:

“I need to find out what the beginning is before I can keep going.”

Stephen starts by reviewing the footage and identifying a prologue, which “sometimes has to do with the film, sometimes doesn’t”. Either way, it “gives you a key to enter the film”. She demonstrated how a prologue opens and situates the film. It introduces what the film is about and can succinctly convey information. Sometimes, the prologue needs to be constructed, and this requires the editor to ‘write’ like a ghostwriter in the style of the director.

“Directors censor themselves sometimes. Identify and push their intention.”

A “perfect” or sufficient edit contains information, but value can be added with emotion.  For example, if a sequence is meant to create tension, Stephen would advise letting the emotion ride and then cutting at its peak. Editing is not just about paring down to the bare minimum. Prolonging a scene with minuscule moments can add layers of meaning.

How does an editor choose a take in fiction when the usable ones are all more or less identical? Stephen advises not ignoring each small detail. “The feeling you get at the end of a film is an accumulation of these small details.”

“If you turned on the camera, you more or less wanted to film it.”

3. Between Documentary and Fiction

Having worked across documentary and fiction, Stephen observes that the boundaries of acceptable techniques for each genre are increasingly blurring.

In documentary-style films, sequencing scenes in a different order than they were originally filmed can build a particular narrative. In fiction, directors sometimes hesitate to use less than technically perfect shots, but these too can have impact. For example, close shots where we cannot clearly see what is going on can build tension, as can cutting at a high point when an action has not finished.

Ultimately, however, the editor is answerable to the filmmaker and has to work with what they’re comfortable with.

Filmmakers think more about sound with fictional films but it is applicable to documentaries too. If you have cuts that won’t fit together, adding sound might help. Stephen shared that she gets students to close their eyes and “analyse soundscapes for the sounds we don’t notice”. Layering sounds while editing can define a film’s rhythm, which entails build up and release of tension.

“Quite often you end in the same way you started.”

In response to an audience member’s question, Stephen shared that she often references the prologue in some way. Similar to deliberately constructing the prologue, the ending too may require particular additional shots to be filmed.

Stephen ended her seminar on a light note by reiterating deliberate intention as a key to successful editing:

“If you do something once it’s a mistake, if you do it twice, it’s a style.” 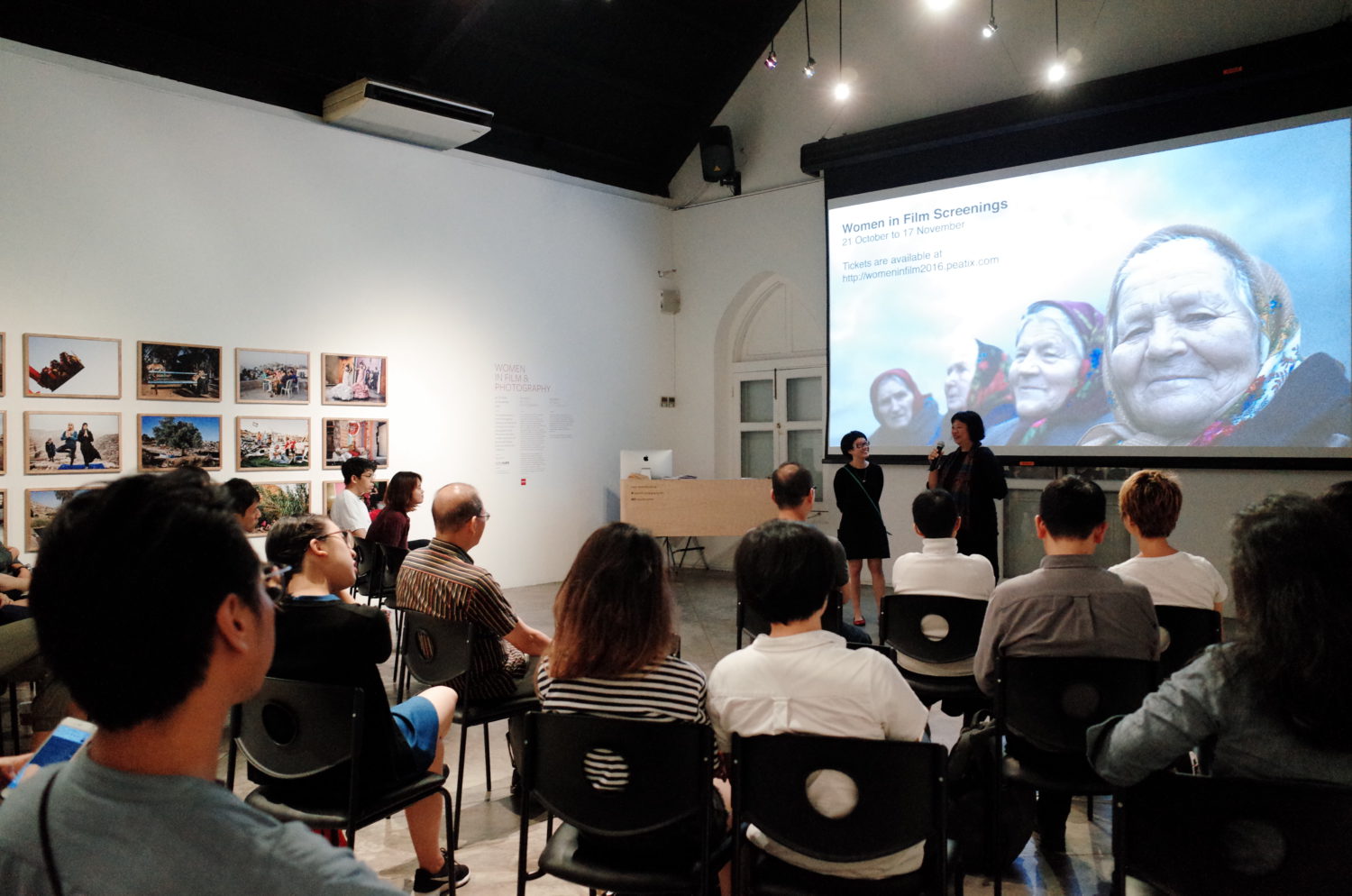 Mary Stephen introduces her films Labyrinthe, A Very Easy Death and Vision from the Edge: Breyten Breytenbach Painting the Lines. 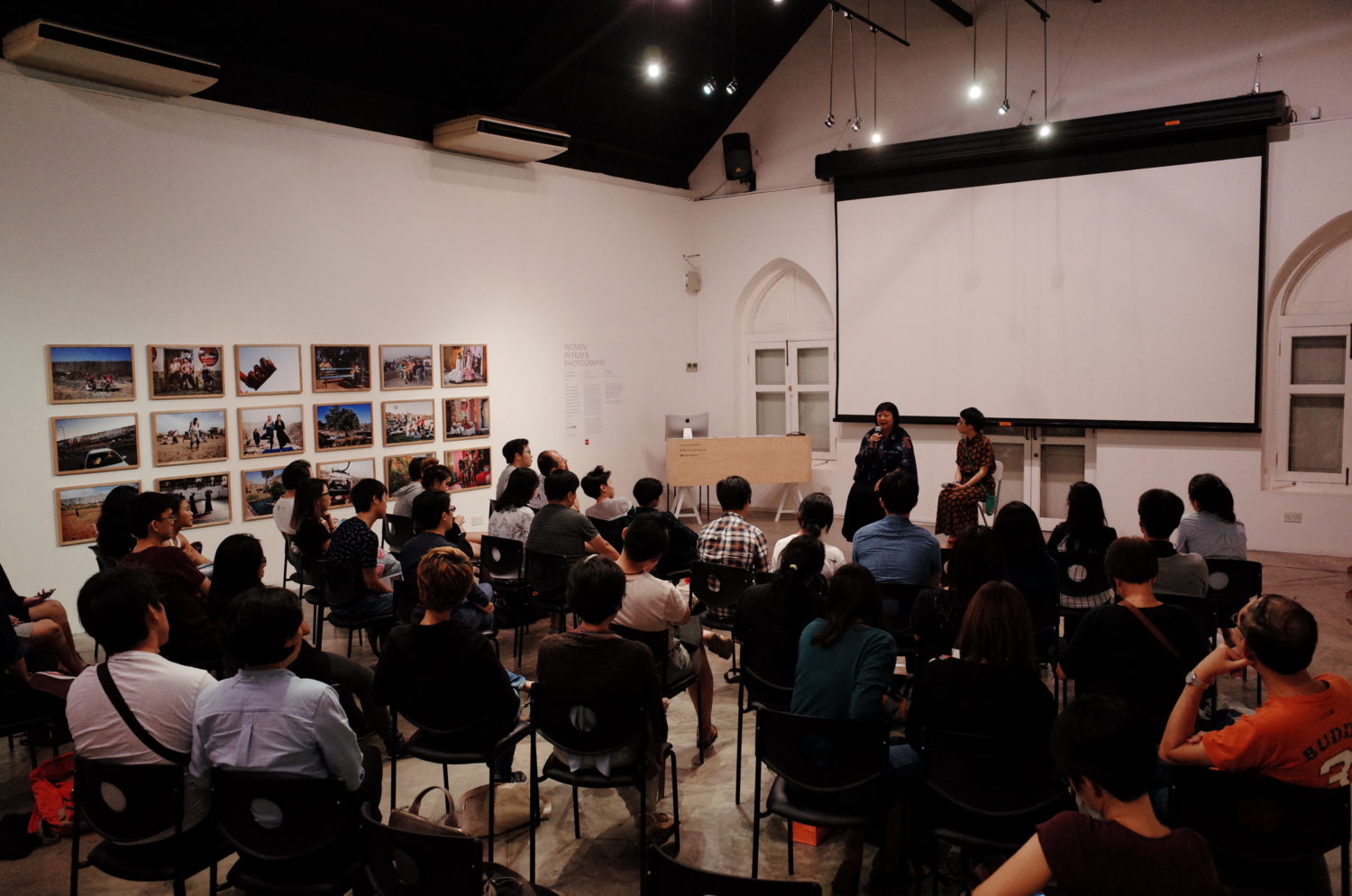