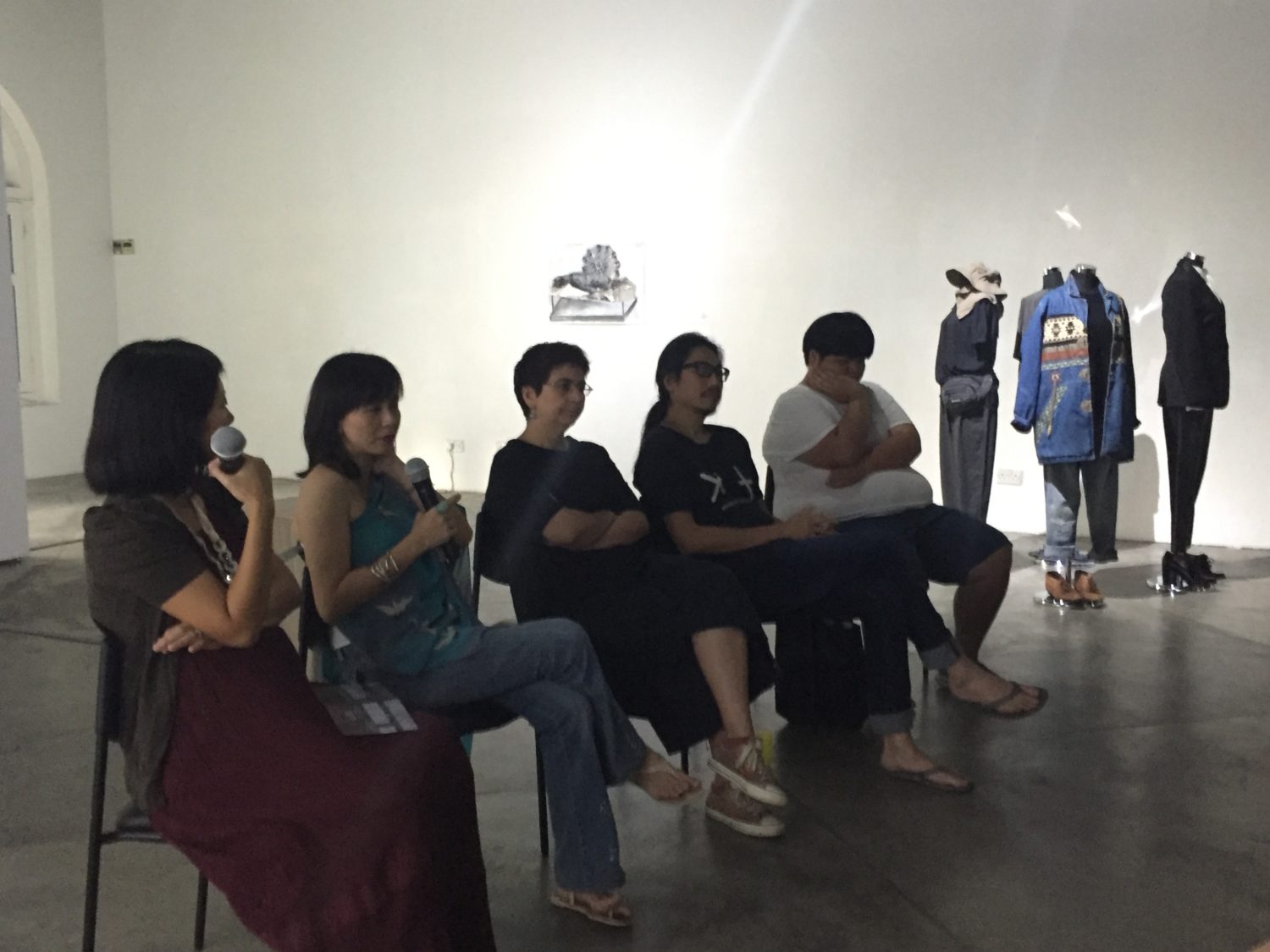 “IN THE GARDEN” ARTIST TALK RECAP

“IN THE GARDEN” ARTIST TALK RECAP

In the Garden, curated by Adeline Kueh and Yuni Hadi, sees six artists respond to physical spaces within the home and its perimeters. Kray Chen, Hilmi Johandi, Gladys Ng, Homa Shojaie, Kirsten Tan and Ian Woo present new works challenging conventional notions of the spaces in which we dwell, through mediums ranging from photography, paintings, film and installation art.

At last Saturday’s artist talk, moderated by Adeline, both curators began by discussing how they conceptualised the exhibition and worked together as co-curators. Artists Kray, Homa and Ian also shared further insights into each participant’s new works.

In the Garden is on at Objectifs’ Chapel Gallery till 9 Jul 2017. Admission is free. Pick up a copy of the exhibition brochure to read more about each artist’s work and an essay by Silke Schmickl, curator at National Gallery Singapore and co-founding director of curatorial platform Lowave.

In the Garden, Adeline and Yuni shared, started out as a “discussion between two old friends” who have been following each other’s professional practice. It was initially meant to be part of a larger “expanded cinema” project (which seeks to raise questions about time / space relations in and around cinematic constructs) but morphed into a more intimate response to what was lacking in the exhibition landscape in Singapore, by bringing together artists with different practices to respond to the theme of the show.

They started out with the idea of home. Adeline has now lived and worked in Singapore for more than 20 years. In her practice as both an artist and educator, she often questions where home is, and processes her experiences of “being an outsider, not really being an insider”.

The exhibition’s title at the initial stage was difficult – “In the Backyard”. However, the curators felt “backyard” as a phrase and concept might be “too foreign, too American”. The garden emerged as the best alternative as they thought about gardens not just as an “extension of the home” but also in the context of Singapore as a manicured garden city, right from the bougainvillea bushes that line the expressway out from our airport. These constructs of gardens also represent the “larger psychical space of the nation”.

Adeline said of her personal experiences: “Straddling that liminal space [of displacement] is not a bad thing for me, I think, because it forces me to constantly think about where I stand and how I interact with people, how I ethically work with people”.

The curators invited artists they are “familiar with, who have their own very strong practice as is” to participate in the show. Some of them make paintings in their regular practice, but responded to the challenge of working outside “their comfort zone”, in experimenting with medium, process or both.

In her essay on the exhibition, Silke writes: “home “[…] can no longer exclusively be defined by a geographical place of origin or belonging”. Whether the exhibiting artists have always been based in Singapore, or not, they have “experienced […] mental and physical displacements with their inherent feelings of alienation”, which are perhaps magnified, or intensified, with the country’s rapidly changing demography and infrastructure over the years. During the talk, the speakers elaborated on how they grapple with, and even embrace, uncertainty through their processes and eventual works.

For example, Homa’s video Graces features eight courtyard pools in traditional houses in Iran, where she was originally from. The idea originated from what she remembered of such pools, but “the image in my mind is not the actual image in the film, but still a blurred memory, a construct”, she acknowledged. Though the final work may not have exactly reproduced her mental image, in the process she drew connections with elements of her paintings, such as the pools resembling the parallelograms in her works. “I was finding home in a different medium that I’d always looked at from outside but never been inside,” she said with reference to video.

Ian similarly expressed that he tended to be apprehensive about still images because he was “suspicious of certain narratives” that they appear to tell but with the zoomed-in, abstracted images he framed, he worked on how there may be “a certain dialogue being presented when you put one image next to another”. For this exhibition’s iteration of Good Morning Mister Ow, he deliberately chose to exhibit only five photographs, in chronological sequence, from the images he made.

Kray, with his work The Great Singapore Without Workout, sought to make “ideological portraits”. The Great Singapore Workout original video, on its surface, showed people following a choreographed aerobics routine meant to enhance their fitness. By removing human bodies from the original video, Kray drew attention to the “ideological landscapes” of Singapore, the garden city. Even if over the years, its visuals and the workout’s steps have been updated (more recently, for example, elements like Indian dance have been included), significant questions arise: “Why these locations? Why these people? Why these backgrounds?” In these videos, these questions began to foreground the latent concerns about what else was being orchestrated and promoted with these visuals including the entrenchment of particular national identities and ideals.

Visit In the Garden at Objectifs’ Chapel Gallery till 9 Jul 2017. Admission is free.