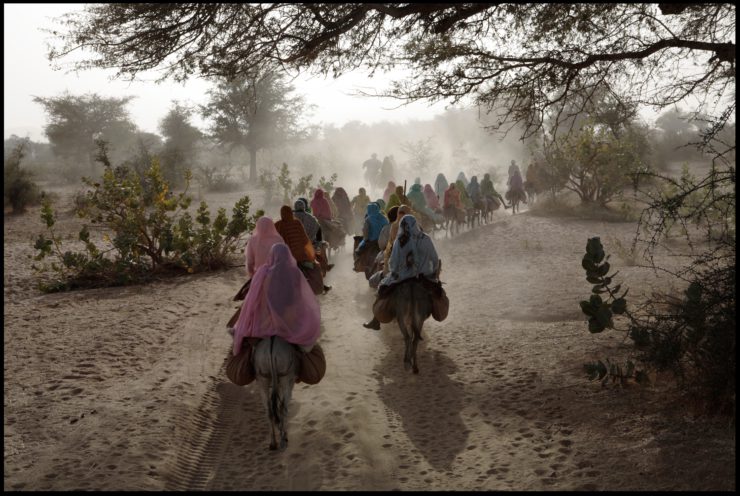 A public lecture by VII co-founders and photojournalists

Gary Knight and Ron Haviv are accomplished photojournalists who have documented conflict and pursued stories on social and human rights issues over the last three decades, and have received critical acclaim for their collections of work.

The longtime friends and co-founders of VII Photo agency will recount their experiences crisscrossing the world as they built their parallel careers, which ultimately weave in and through each other. They will also discuss their personal development and individual experiences, the founding of VII Photo, and how they have evolved as the media industry changes around them.

They often crossed paths in war zones, both drawn to covering the same kinds of stories, like the conflicts in the Balkans, the Middle East, and Africa. Yet for all of their shared passion, Ron Haviv and Gary Knight come from remarkably different backgrounds. Ron is a native New Yorker; that “concrete jungle” is the place he calls home. Gary was raised in a village in rural England; New York City gives him a metaphoric headache. But an ocean apart, these two men, born within a year of each other, developed the same interest in photography and the same dedication to becoming freelance photojournalists, even inspired by the same photographers who preceded them: men like Philip Jones Griffiths, Don McCullin and Robert Capa.

During the 1990s, as they were repeatedly brought together in their coverage of world events, Gary and Ron developed a strong friendship. It was a camaraderie characterized by mutual respect and the desire to photograph the world around them in order to make a difference any way they could. And importantly, they both shared the desire to advocate for themselves as photographers at a moment when the industry seemed to be closing in on them. And so in 2001, Gary and Ron, along with five of their close photographer friends, founded the VII Photo agency, and the two have gone on to create a non-profit media foundation, publish numerous books, and produce exhibitions and films together.

Don’t miss this opportunity to hear the longtime friends, colleagues and creative collaborators in conversation.

Gary Knight will also teach a three-day documentary photography masterclass in mid-December 2016. Learn more and register for this workshop here.