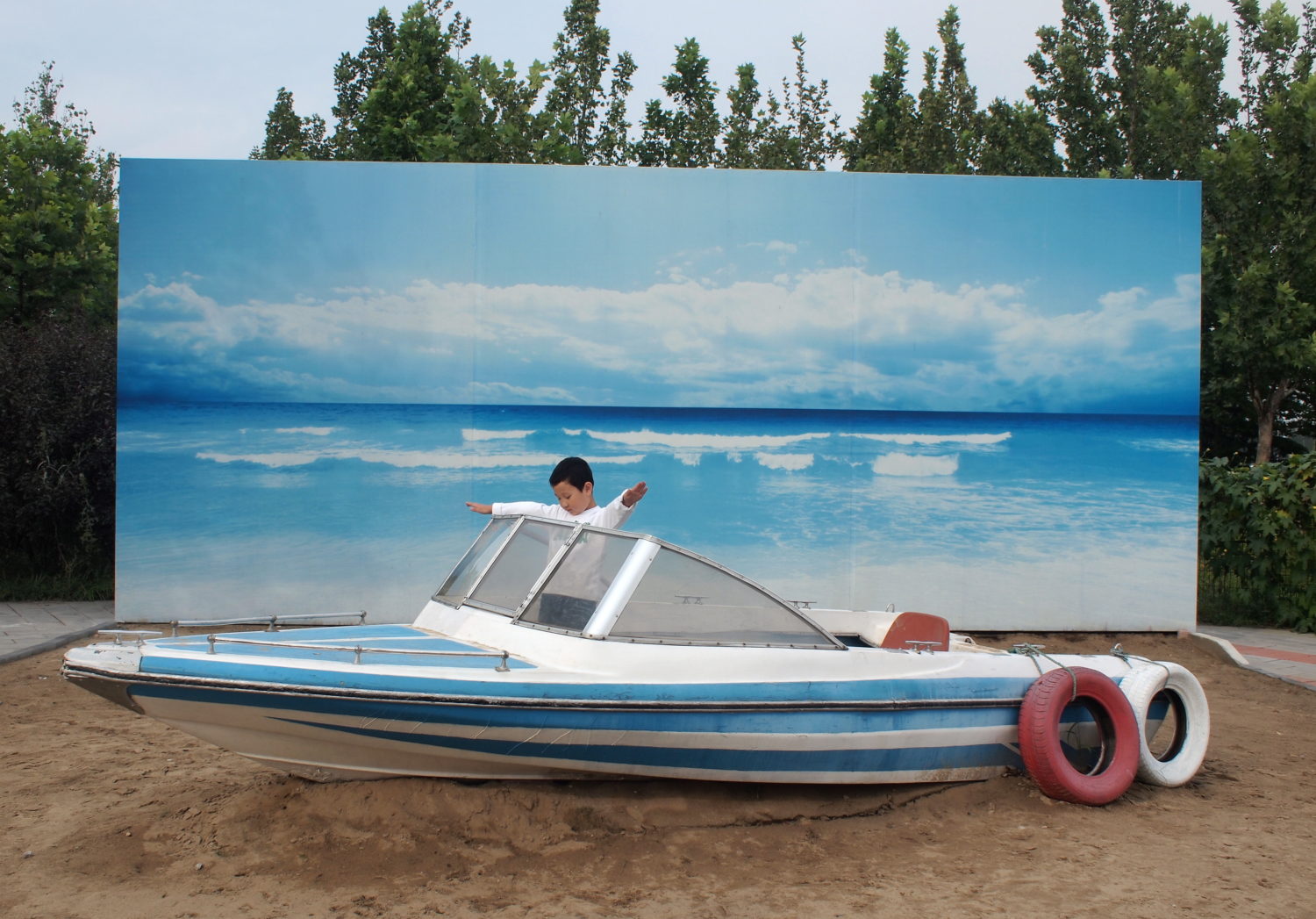 Changing China: The Defining Years is the first major showing in Singapore of images by photojournalists Chua Chin Hon and How Hwee Young, who have worked in China for the last 15 years. Read on for a recap of their artist talks from last Sat 23 Jun.

How Hwee Young relocated from Singapore to Beijing in 2010 to join the european pressphoto agency’s (epa) China bureau. Each of her projects has allowed her to gain insights into the impact of China’s development on its people.

This water diversion project involves creating three routes to channel 44.8 billion cubic metres of water from southern to northern China. In 2010 Hwee Young documented the relocation of families in Xichuan county as part of the central route transferring water from Danjiangkou reservoir to Beijing. She shot it in black and white to convey their emotional state while moving away.

Three years later, she returned to their new community. The people were initially not welcoming but warmed up to her when she showed them her photographs from 2010. She shot — this time in colour — portraits of families with items they had brought from their old homes, which they found a meaningful experience. Some had embraced their new living environment and had an improved lifestyle as they stopped farming to take jobs in factories in the nearby towns and cities, while others were more resistant.

With China’s economic liberalisation has come an increase in materialism. In response, some Chinese desire a return to the times of communist rule under Mao Zedong. This nostalgia has ironically given rise to lucrative commercial “red tourism”, which sees people going back to Mao’s hometown to pay respects and view significant sites from his life.

Homosexual sex was legalised in China in 1997. Hwee Young noted that largely, persisting stigmas about homosexuality arise more from people’s own families. “The Glory Sea” is a cruise for LGBT people and their parents in China. For LGBT people, it offers them “an escape to the open seas where they can be themselves”, and provides a space and resources for them to engage in dialogue with their parents, often successfully fostering greater understanding and acceptance. Shooting this offered Hwee Young insight into the progress made, and the challenges faced by, the LGBT community in China.

Chua Chin Hon, an editor at TODAY, began his talk by emphasising that one does not need to be a full time photographer these days to pursue long term projects, as there are many ways and platforms to get work seen. He tries to make time around work to shoot, including “stolen moments” on weekends and dedicating holidays to photography.

Two of Chin Hon’s key projects on China are Fragile Superpower: China 2003-2011, and Time and Tide: Life behind the Three Gorges Dam. “As an outsider trying to make sense of these massive projects”, he seeks to show the “weight that bears down on the lives of ordinary people on the ground who have no say, no input in any of this; their lives are turned upside down by government decisions”.

In Chin Hon’s view, China as a huge country would inevitably have hosted an Olympics, but he feels that the 2008 Beijing Olympics was perhaps too early; “the city cut short a lot of conversations about preserving cultural heritage” in the rush to prepare for this watershed event that would put them on the world stage. From his experience documenting the Three Gorges Dam project, he noted that “what upsets people is not having a say, wondering, could there be better solutions?”

Chin Hon returned to Singapore in 2013 and, shaped by his experiences in China, found he had become “more sensitive to changes and demolition going on in our neighbourhoods” as well. He channelled this into a small series on vacated public housing estates in Singapore, “S. Ghost Towns”. Citing this as an example, he demonstrated to the audience that one does not need to be overseas to pursue a long term project.