From 9 Nov to 10 Dec 2022, Objectifs’ Chapel Gallery converts into an incubation and experimental space that welcomes five women artists-in-residence for our annual Women in Film & Photography programme.

Join us at the Open Studio for a chance to interact with the artists and find out about their works and processes! Free admission, no registration required. 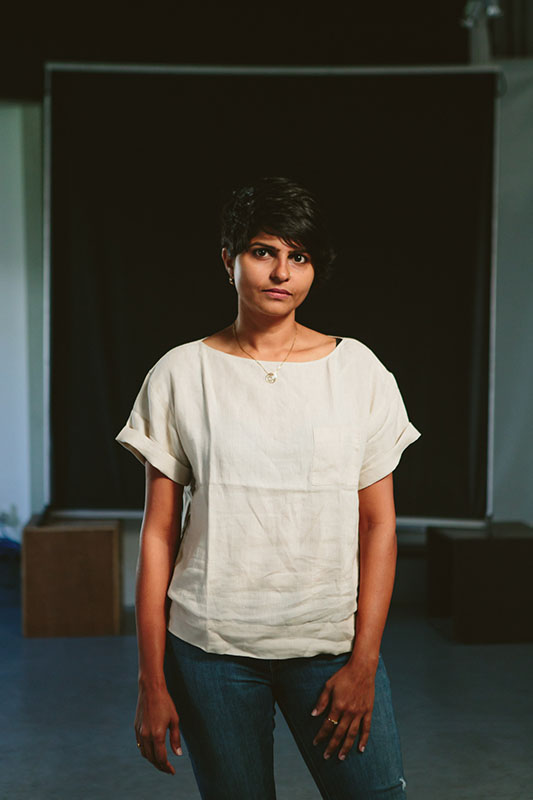 Aparna Nori is a lens-based artist whose work is rooted in personal memory, identity, and experiences. Her explorations take form and shape through photographic interventions and narratives. She also practises diverse forms of expression through digital and analogue image making, moving images, bookmaking, and alternative photographic processes.

With a Master’s degree in documentary filmmaking, Aparna’s experience straddles artistic practice and commissioned work with publications and independent agencies. She also facilitates workshops to teach alternative photographic processes. Aparna is a member of Women Photograph, and lives between Singapore and Bangalore, India.

During her residency, Aparna will focus on using stereoscopic imagery to conceptually traverse culturally rich and diverse spaces within Singapore, as well as the multiple identities and realities that exist within. She hopes to capture and juxtapose Singapore’s everchanging landscape with its disappearing, or less apparent cultural and historical markers of identity. 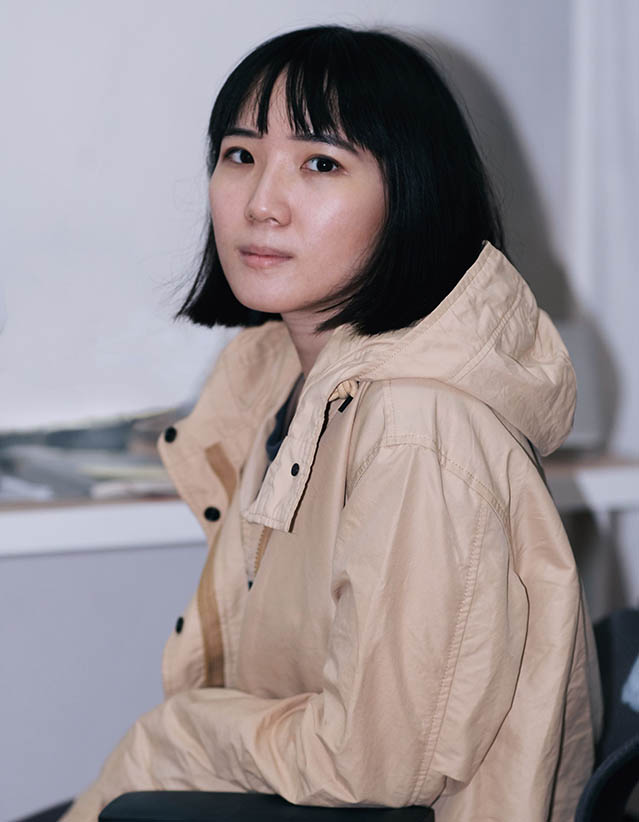 Grace Song is a filmmaker and multidisciplinary art practitioner whose projects have been exhibited and showcased at festivals. Having directed and edited various short films previously, she has found the process of collaboration enjoyable. Grace is a freelancer whose life pursuits are in writing, directing, and making art.

Grace will continue to work on her latest short film, Hour of the Flower, during her residency. She will also be working on ‘Pigeon Zine’, an online/offline project which documents the minutiae of plant care and explores other oddities in Singapore. The latter is an expansion to her work-in-progress, ‘Terra’. 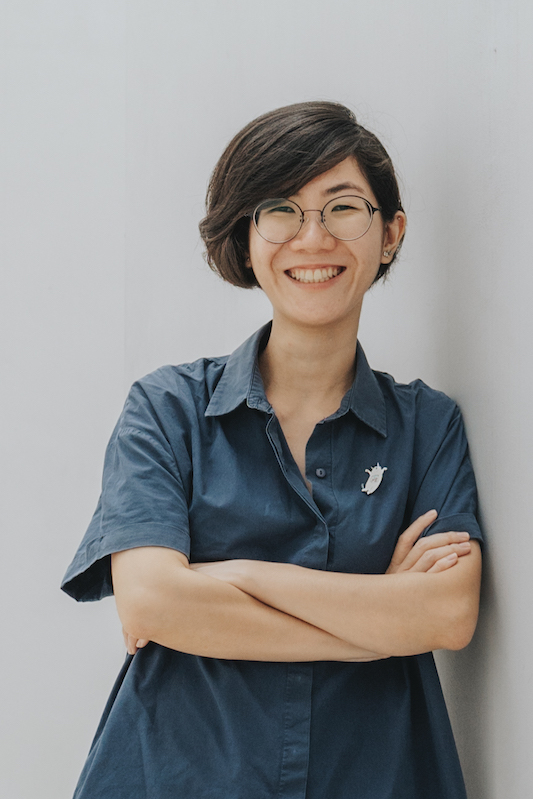 Chong Gua Khee is a performance-maker, director, dramaturg, and facilitator who is nourished and energised by bodies connecting with each other, be they human bodies, plants, animals or objects. She seeks to create intimate, playful, and porous spaces across her work for bodily encounters and connections to occur.

Gua Khee is committed to the work of CITRUS practices, a loose working group she co-founded in 2021 that hopes to explore and expand conversations around better practices in the arts. She is also part of the Something-Something Working Group, which aims to imagine and prototype new paradigms and infrastructures for knowledge production, artistic practice, and their contingent entanglements.

Gua Khee is the director and lead facilitator of HOT POT TALK: Cooking Up Recipes, an ongoing participatory project with migrant workers which aims to examine the notion of the recipe as a means of exchange and transmission of cultural information, personal memory, diasporic/migrant identity, ownership, and agency. During the residency, Gua Khee and her team (Adib Kosnan, Alecia Neo, Phoo Myet Che (Pearl), Nurul Huda Rashid, Jevon Chandra, and Mok Cui Yin) will be holding internal workshops to discuss the ethics of practice and representation which are imperative to the project. 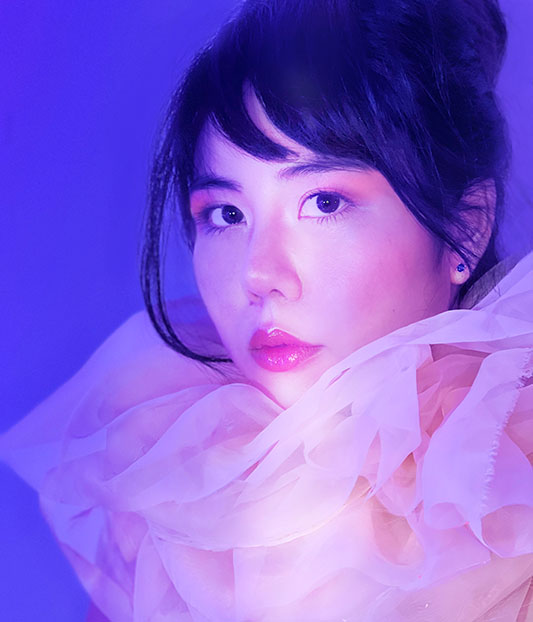 Sarah Lin uses performance, painting, and video to explore endurance art, feminine expression and existentialist notions. Her work seeks to explore notions of unspoken phenomena and intimacy. She believes that art, at its core, has the ability to create awareness and heal.

Sarah received her B.A.(Hons) in Illustration from the Rhode Island School of Design and Fine Arts in LASALLE College of the Arts, where she also won various awards. These include the Winston Oh Travelogue Award, the Academic Excellence award, and a nomination to represent Singapore for the Takifuji award in 2021. Sarah has showcased her works at ISB Gallery, RI, USA (2015) and TOMO Gallery, Kyoto (2017), with more recent showcases at It’s My Party I’ll Cry If I Want To during Singapore Art Week 2022, DECK Undescribed #7 (2022) for emerging artists, and FOOLS (2022) alongside Ai Wei Wei at Mr Lim’s Shop of Visual Treasures.

During her residency, Sarah will examine the irony behind the use of the pejorative ‘花瓶’ (flower vase) to insult women. She will thoroughly explore the notion of a Chinese woman’s body and wholeness as a flower vase, using both metaphorical and symbolic means of representation in film and photography. 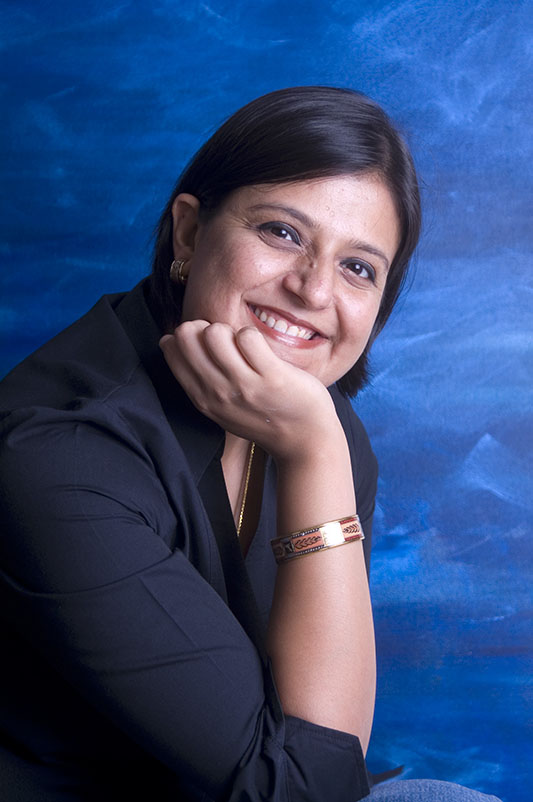 Sunaina Bhalla is a contemporary artist of Indian origin living in Singapore. Educated in India, she moved to Tokyo in the late 90’s and has spent the last two decades in various parts of North and South Asia. Having completed her formal education as a textile designer specialising in print, she pursued an immersive education in the traditional art form of Nihonga in Japan, where she spent 5 years studying under Suiko Ohta-sensei of the Kyoshin-Do school. She completed her Masters of Fine Arts degree from Goldsmiths University, London and Lasalle College of the Arts, where her thesis topic was ‘The Gesture and the Ritual of Pain’.

Sunaina’s work revolves around the repetitive and ritualistic nature of gestures and their traces. She explores the transformative effects of the deliberate infliction of pain on the human body during the curative process of alleviating disease and decay. By using industrial materials analogous to the fragile nature of the body, juxtaposed with fabric and embroidery, she examines the passage of time and the mark making that documents this process. Sunaina is currently researching traditional healing practices in Singapore and South East Asia and Traditional Medicine that employ natural remedies like herbs in chronic health conditions like Diabetes and Breast Cancer. Concurrently, she is also rediscovering her interest in printing processes as a contemporary visual language.

Sunaina has exhibited in Japan, India, Singapore, Europe and the Middle East. Her works are in the permanent collections of the ESSL Museum, Vienna and Mumbai Airports Authority, India, and in various private collections globally. She has also had her works successfully auctioned at the Mainichi Auction in Japan.

During her residency, Sunaina will be employing the camera in an exploration of the female body as a landscape and battleground of memories, trauma, and ageing, but also as a site of resilience. By manipulating and ‘fossilising’ several close-up shots of her body as a breast cancer survivor, she hopes to disrupt the visual plane through the creation of a wall of ‘beautiful decay’, challenging viewers to move beyond its association with trauma and degeneration.