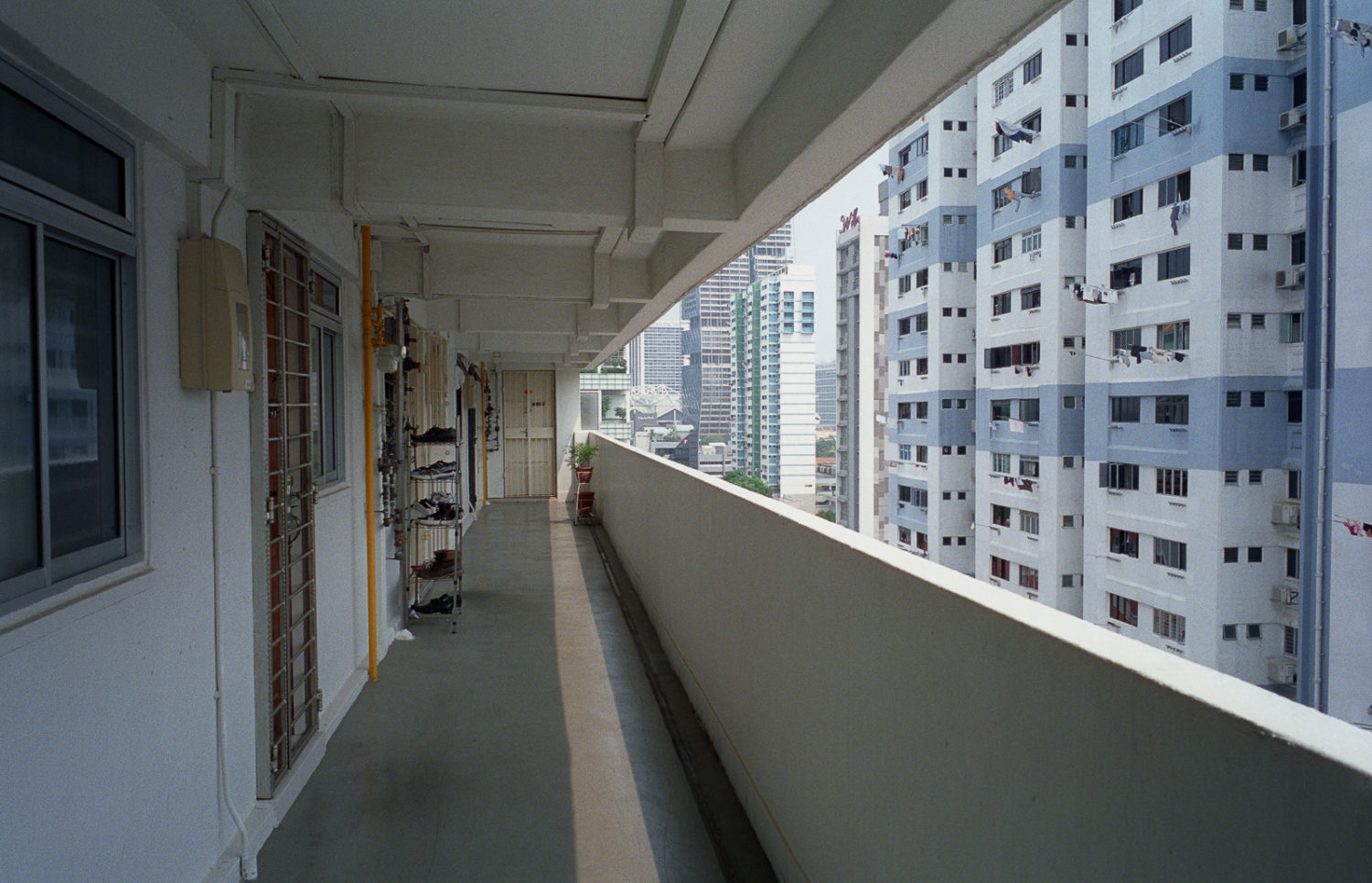 In shared areas such as common corridors and void decks, community members negotiate public and private space in a seemingly organic way. Does Singapore then really need a cultural policy to define “kampong spirit”?

About Who Cares?
By Kelvin Lim | Curated by Kevin WY Lee
In Who Cares?, Kelvin Lim examines who the real caregivers are for Singapore’s senior citizens. It is commonly assumed that the young and “the community” should take care of the old, and even social welfare policies are shaped according to these beliefs — for example, benefits for state-subsidied housing, as well as infrastructure, are planned to ensure that Singaporeans can provide better care for their aging parents while raising their own families.

By 2030, Singapore’s aging population will double from 12% to 25% of the total population. Many are expected to be living alone. In light of this, Kelvin Lim questions the current state of affairs and what policies may need to change.

Two books documenting their residencies will also be launched at the exhibition opening.

About Tom White
Tom White is a Yorkshire-born independent photographer working in documentary, journalism, and editorial photography. He conducts workshops at Objectifs and teaches Documentary Arts and Photojournalism at Yale-NUS College. He has previously taught at Columbia University’s School of Journalism and the International Center of Photography.  His work has been published and exhibited internationally. Tom is a graduate of Goldsmiths (University of London) and the International Center of Photography in New York

About Kelvin Lim
Kelvin Lim is a consummate storyteller who uses photography, writing and art. He is a commercial photographer, has exhibited solo at the Portraits of Love by Home Nursing Foundation and was awarded Best Portrait Photography 2016 by Singapore Tatler.

About the Exactly Foundation
Exactly Foundation is a not-for-profit, trademarked registered label established by Li Li Chung. Photographers are commissioned to create photography to stimulate discussion of social concerns in Singapore. The Exactly Foundation’s goal is to produce new knowledge amongst viewers by engaging with and sharing the photographs with family and friends over a three-month period.