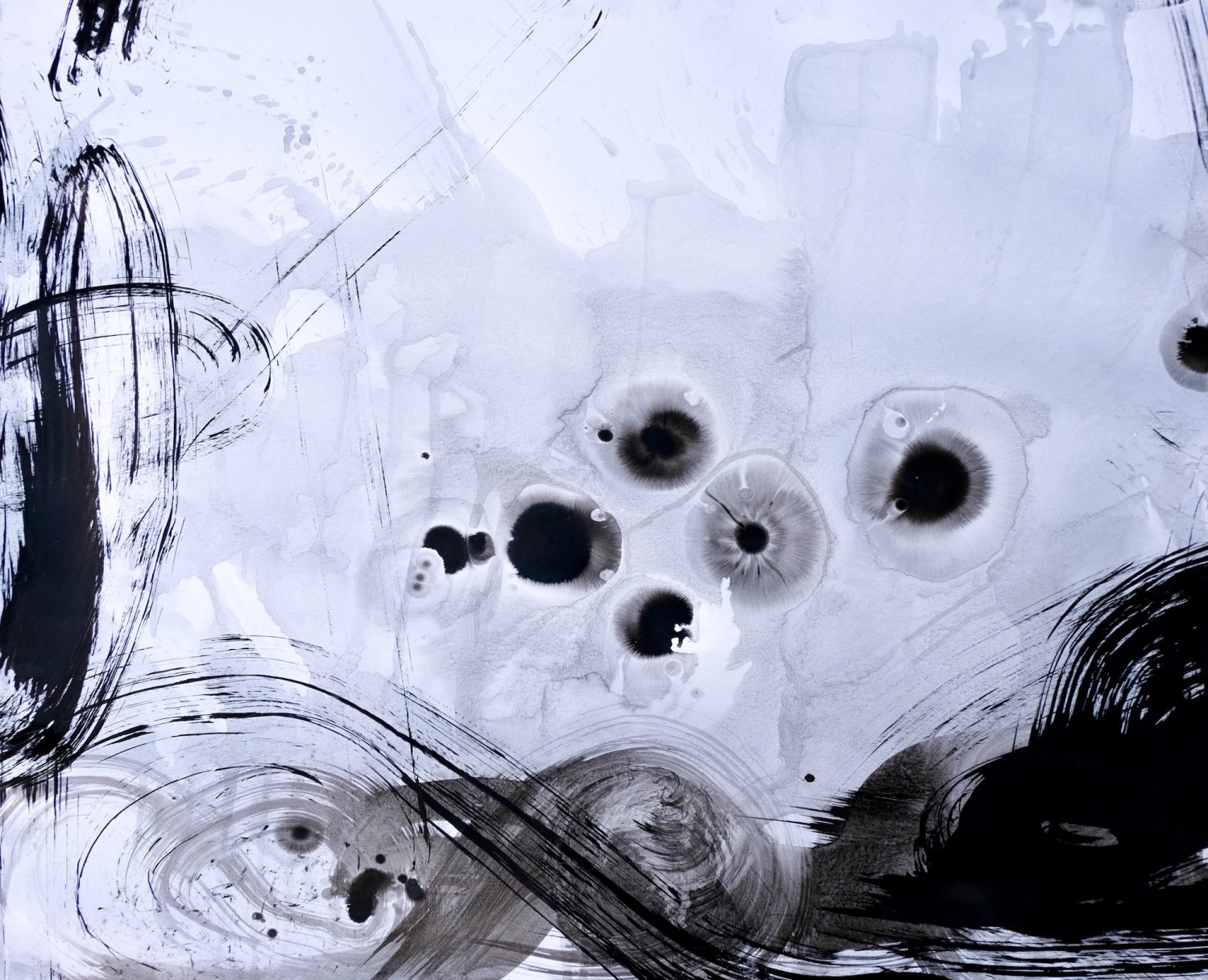 An exhibition by Levan Songulashvili

Stoicheîon 金星 presents two monumental video installations and a selection of Japanese-ink paintings by Georgian-born and New York-based artist Levan Songulashvili, who is currently a resident artist at INSTINC.

The term stoicheion was in antiquity fundamentally linked to the classical theory of the four elements, which in European culture denote the four basic substances: earth, water, air and fire. The philosophical concept of stoicheion denotes the basic components or the foundations of Being.

This exhibition represents an attempt to understand the bewilderingly great multiplicity of the natural world as combinations of a limited number of elements. Inspired by the culture, visual artistry and techniques of Asian ink paintings in Singapore, Songulashvili combined his experiences with his main focus on air, water and earth, as well as Earth’s sister terrestrial planet, Venus, which rotates in the opposite direction to most other planets and where the Sun rises in the west and sets in the east.

This exhibition is presented in collaboration with INSTINC and ERTI Gallery.

His works have been shown in galleries, private collections and museums worldwide, including the permanent collection of the Brooklyn Museum and the Rustaveli National Theatre.