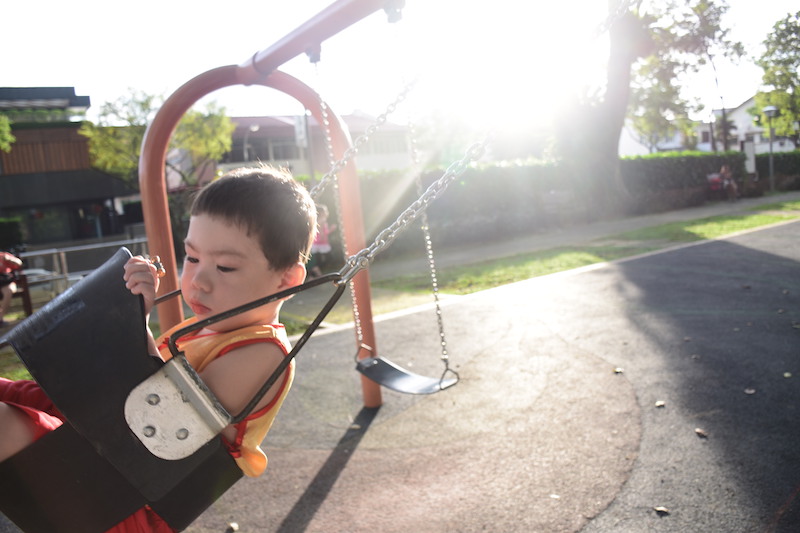 The Shooting Home Youth Awards gives young photographers aged 15 to 23 an opportunity to learn from some of the most exciting talent in the industry and refine their visual voice.

Under the tutelage of some of Singapore’s foremost young artists and photographers, learn about

You will be mentored by a group of professional photographers and artists, who will deepen your understanding of the creative and professional possibilities in photography. In addition, guest lecturers including street photographer Aik Beng Chia, visual artist Sarah Choo Jing and wedding photographer Donn Tan, will share their experiences. You will also benefit from the resources and network at Objectifs, which is one of the foremost visual arts spaces in Singapore.

At the end of the 3 week-long programme, You will create a portfolio worthy body of work and have it showcased in a public exhibition.

Only 12 participants will be selected for this programme.

Grace Baey is a Singapore-based photographer with an interest in social issues. A human geographer by training, she uses photography as a way of engaging more intimately with these issues. Of interest to her are questions of place, identity, and belonging. Her current work deals with issues of social marginalisation, with particular focus on the transgender community in Singapore.

Kong Chong Yew’s involvement in photography started as a change of interest away from astronomy, where he felt a need to capture the spectacular and the spectacle. With a traditional grounding in black and white photography, he believes in the power of an image and its ability to move an audience. Chong Yew is also a freelance photographer, and is available for commercial and editorial assignments.

Joseph Nair is a Singapore based photographer and visual artist. His 2006 work, blank. was a solo show at the Month of Photography 2006 and published in Amsterdam/London as part of a select global thought collection ‘The Pars Foundation- Findings on Ice’ in 2007.  In October 2013 his work ‘Brownian’ was included in a group exhibition to accompany a conference on the ‘Future of Urban Living’’ by the Eisenhower Fellowships Societies in Singapore and Malaysia. Joe also creates through commissioned site-specific installations, appropriating and re-purposing images upon different space. His works include commissions for NOISE Singapore and Lit-up 2012.

He pays the bills as a freelance photojournalist, specialising in news and sports assignments. Starting as freelancer for The Straits Times in 2007, Joe currently strings regularly for The Business Times, The Associated Press and takes on other corporate and commercial assignments. He is a regular mentor for the Shooting Home Youth Awards.

Nurul Huda is an educator, researcher-writer, and photographer interested in the study of narratives as medium, the spatial and bodily (gendered and other) as visual and sentient manifestations, and articulates them through written and visual projects. She has exhibited in group exhibitions, published in anthologies featuring women’s stories, and is currently working on a project entitled “Women in War”.

Aik Beng Chia is an Illustrator and a designer. His photographic work is driven by a musing based on the bonds of human social behavior in public spaces, linked together by multicentric municipalities. Aik Beng’s vivid and gritty images of moments and people, in Singapore and various cities across the world, have garnered him a huge following on instagram.

He is the author of Tonight the Streets are Ours (2013), a monograph on Singapore’s Little India district after dusk, SingKarPor (2015) and self published zines (2010 – ongoing). He also contributes to Everyday Asia in 2014 on Instagram. In 2015, he helmed the UK Guardian newspaper’s Travel Instagram account for a three-day special feature on Singapore. His works have been exhibited and published internationally.

Donn Tan is a Singaporean photographer who is currently a wedding photographer and an undergraduate at NTU’s School of Art, Design and Media. The passion for his craft comes from his unyielding curiosity towards people and their interactions with all things (living and non-living), and how spaces and scenes reflect the emotions of the people involved in them. His work is inspired by his love for storytelling, as he believes that there will always be something special in places where people are not looking.

Sarah Choo Jing is known for her interdisciplinary approach to photography, video and installation. Her work depicts identifiable moments and characters within contemporary urban society suggesting a plethora of private and often solitary narratives. The artist is concerned with the gaze of the flaneur, voyeurism and the uncanny.

Choo lives and works in Singapore. She recently completed her MFA at the Slade School of Art in London last summer 2015. Choo has clinched the Gold Award in the 2016 PX3 Prix de la Photographie, Fine Art Category and been awarded First Place in the 2015 Moscow International Foto Awards. She was recently shortlisted as a Finalist in the Sovereign Asian Art Prize 2017 and was awarded the ICON De Martell Cordon Bleu Photography Award and Kwek Leng Joo Prize of Excellence in Still Photography Award in 2013.

The artist has since exhibited internationally at The Busan Museum of Art in Korea, the Daegu Photo Biennale in Korea, ArtParis at The Grand Palais in Paris, the START Art Fair at The Saatchi Gallery in London, Photo London 2015 at The Somerset House in London, and The Santa Fe International New Media Festival in New Mexico, USA. Her works are collected by both private individuals and public institutions; including the Singapore Art Museum, National Museum of Singapore and The Arts Club Permanent Art Collection in London.