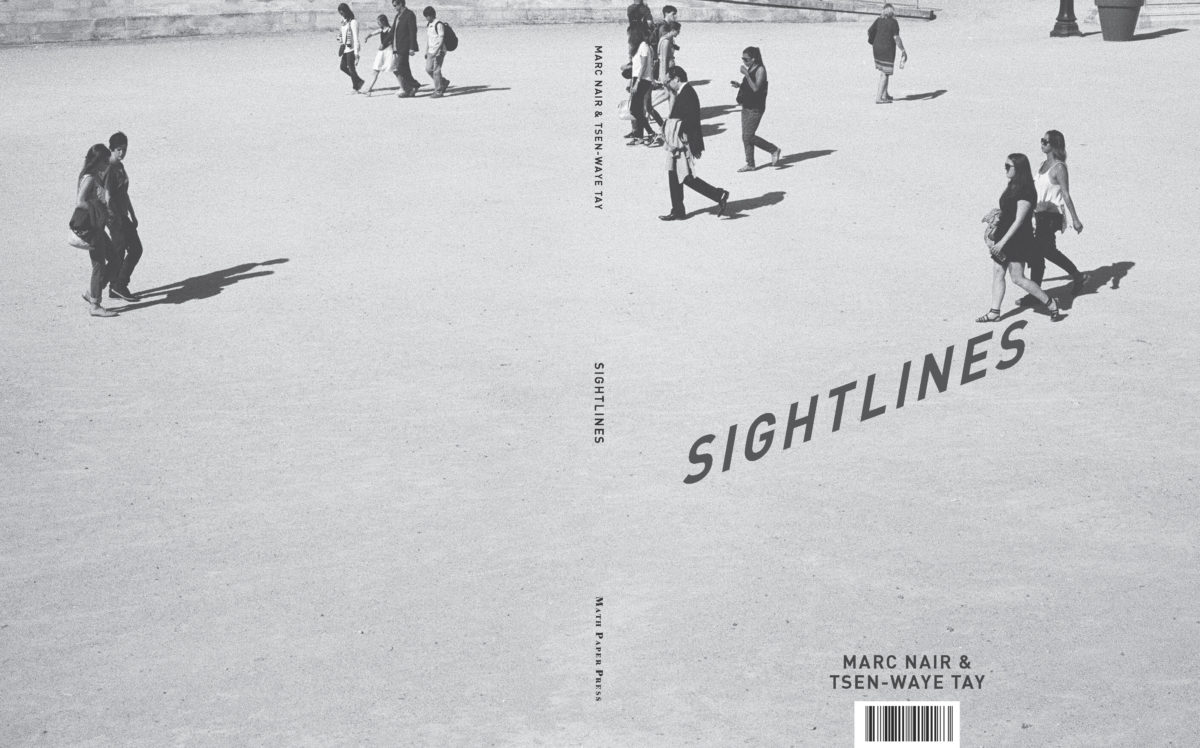 Join us for a sharing session by Marc Nair and Tsen-Waye Tay. Their collaborative project, Sightlines, features a series of poems by Marc Nair mapped onto a collection of black and white film images shot by Tsen-Waye on her travels.

The session will be followed by a Q&A with the artists.

—
About Sightlines
Sightlines is a series of poems mapped onto a collection of black and white images shot on film. These are notes on passing through diverse places with an unnamed female traveler, who is both photographer and protagonist. The poems are a commentary on her perspectives, allowing the reader a sideways glance at moments that are written with and against the image.

Within each paired image and poem is a small movement. First the image, then the poem, and then the image again, winding them together into a single voice for the reader. Yet there remains a looseness in the idea of ‘looking.’ The poem is just one possible place from which to view the photograph.

The journey embarked on is not through defined cities, but places that evoke a sense of being and becoming; of wide open spaces, distant faces and shifting silhouettes. Because there is a circularity to the locations, it is the journey that becomes significant, not so much the destination. Each frozen moment reveals a fleeting present, evoking a sense of familiarity. There is an immediacy of experience, but ultimately, the reader negotiates narrative against the idea of solitude.

Sightlines can be defined as multiple unimpeded lines of sight to a subject. The traveler finds kinship in a landscape that shifts from one sightline to another. The natural perspective is outwards, but the poems also reel the self inwards, allowing the viewer a sightline towards introspection.

Longing is written into each frame. There is space between the grain to imagine.

About Marc Nair
Marc Nair has been, at various points in his life, a teacher, photographer, scriptwriter, voice-over talent, performance poet and cat slave. When he has time, he writes poetry. When he has even more time he travels. Having been to over 40 countries, he hopes to perform poetry as often as he has a good whiskey in the bars of distant cities. He has worked on collaborative projects with dancers, musicians, visual artists and painters and has released two spoken word albums set to music.

Along the way, Marc published nine collections of poetry and was a recipient of the 2016 Young Artist Award. Among other diverse pursuits, he is also the co-founder and principal photographer of Mackerel, a culture magazine.

About Tsen-Waye Tay
Tsen-Waye Tay has worked as a news reporter, editor and features producer in print, radio and television mediums in Singapore. She’s also pursued a wish to make the world a more equitable place with roles in corporate social responsibility and ethical trade. Her latest job at a non-profit, media organisation unites her passion for storytelling and its power to make a difference.

In her own time, Waye feeds her fascination for the forgotten and the transient from behind the camera; observing the breathing and the built, searching for stolen glances and textured quietude.

A series of her black and white images was published in 2013, in a solo project, Hong Kong. In 2017, she held her first exhibition, In Solitude We Trust, at the University of the Balearic Islands in Mallorca, Spain.