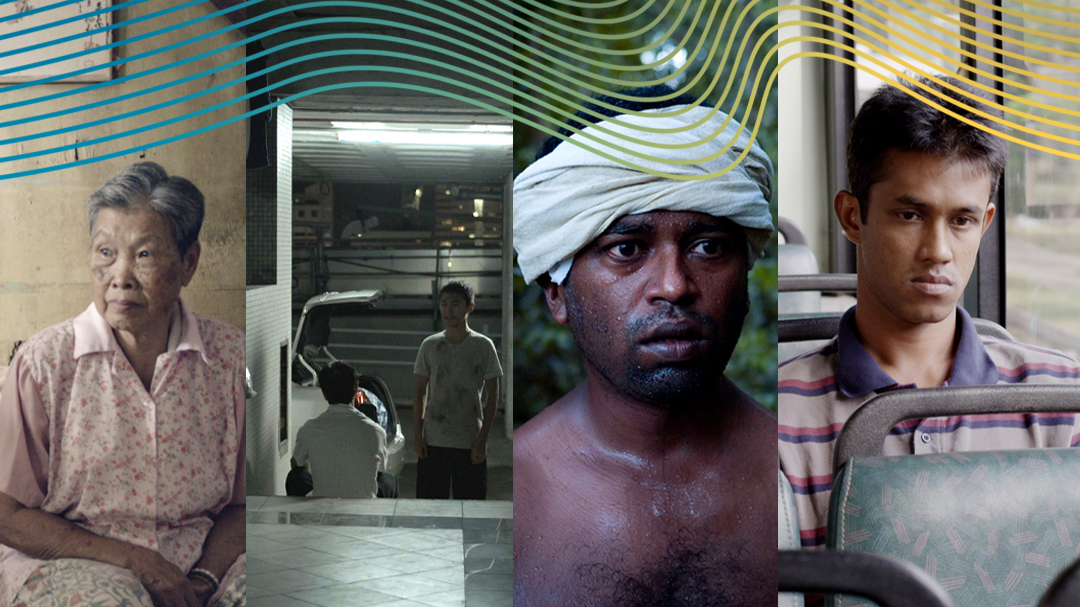 Mediating Race, Reimagining Geopolitics proposes a series of lectures and film screenings featuring scholars and creators of cinema and media in order to investigate how moving image media contribute to formations of race, racism, and racialization from global perspectives.

The following films will be discussed during the session: Dahdi by Kirsten Tan, Timeless by K. Rajagopal, Last Trip Home by Han Fengyu, and Not Working Today by Tan Shijie. Click here to watch the films, which are available for free public viewing via Objectifs Film Library till 23 Oct, 2359h.

Kirsten Tan
Kirsten Tan is a New York-based Singaporean filmmaker whose debut feature Pop Aye premiered as the opening night film of Sundance Film Festival 2017 and was awarded a Special Jury Prize for screenwriting. It traveled to 50 film festivals around the world, picking up several accolades along the way. Her shorts have collectively received over ten international awards. She was accorded the Young Artist Award by the NAC Singapore and was nominated as a Singaporean of the Year by The Straits Times.

K.Rajagopal
As a filmmaker, K.Rajagopal has won the Singapore International Film Festivalʼs Special Jury Prize for 3 consecutive years. I Can’t Sleep Tonight (1995), The Glare (1996) and Absence (1997) have been featured at international festivals around the world. Other works include Brother (1997), The New World (2008) and Timeless (2010), which won Best Cinematography and Best Editing at the Singapore Short Film Awards 2011. His short film was also part of the omnibus film 7 Letters (2015) which had its Asian premiere at the Busan Film Festival in 2015. He directed a segment in the LUCKY 7 film project with other six prominent Singaporean directors. He has also written and directed television films like Maddy, Two Mothers in a HDB Playground and Heartland. He also worked on stage for over ten years. He has collaborated with many notable theatre directors on projects such as Medea, Beauty World and Private Parts. A Yellow Bird is his first feature film and it premiered at the Cannes Film Festival in 2016.

Shijie Tan
Shijie Tan studied philosophy before pursuing filmmaking at New York University’s Tisch Asia School. His first school short, For Two, was In Competition for the Short Film Golden Lion at the 66th Venice Film Festival and was acclaimed by the International Film Guide as one of the Top 5 Singapore Films of the year. The Hole won 4 of the 5 awards it was nominated for at the Singapore Short Film Awards that year, including Best Film, Direction and Script. Not Working Today, his third short film, competed at the Clermont-Ferrand Short Film Festival and clinched Best Singapore Short Film at the 25th Singapore International Film Festival. It was also selected as one of fifty significant films in Singapore cinema history, showcased at the Cinematheque Francaise in Paris. His next work, The Lake, part of the omnibus feature Distance, was a cross-territory collaboration between Singapore, China, Taiwan and Thailand. It was selected as the Opening Film of the Golden Horse Film Festival in 2015, the premier festival for Chinese-language cinema. He is currently in development for a feature debut.

Alfian Sa’at
Alfian Sa’at is the Resident Playwright of Wild Rice. His published works include three collections of poetry: ‘One Fierce Hour’, ‘A History of Amnesia’ and ‘The Invisible Manuscript’; a collection of short stories, ‘Corridor’; a collection of flash fiction, ‘Malay Sketches’; three collections of plays as well as the published play ‘Cooling Off Day’. In 2001, Alfian won the Golden Point Award for Poetry as well as the National Arts Council Young Artist Award for Literature. His plays and short stories have been translated into German, Swedish, Danish and Japanese.

Sophia Siddique
Sophia Siddique holds a PhD from the University of Southern California School of Cinematic Arts. Her research interests include Singapore cultural studies, representations of trauma and memory in Cambodian, Indonesian, and Thai cinema, and genre (Asian Horror and Global Science Fiction). She has published in the Singapore Journal of Tropical Geography, Inter-Asia Cultural Studies, and the Journal of Chinese Cinemas. She co-edited Transnational Horror Cinema: Bodies of Excess and the Global Grotesque (Palgrave Macmillan 2016) with Raphael Raphael. Sophia Siddique is completing two manuscripts: Screening Singapore: Sensuous Citizenship Formations and the National (AUP) and Skin Matters: Horror Films and the Phenomenology of the Monstrous.

About the Moderator
Tan Eng Kiong is Associate Professor of Comparative Literature and Cultural Studies in the Department of English, and Asian and Asian American Studies. He received his Ph.D. in Comparative and World Literature from the University of Illinois at Urbana-Champaign. He is the author of Rethinking Chineseness: Translational Sinophone Identities in the Nanyang Literary World. His essays have also appeared in publications such as Interventions: International Journal of Postcolonial Studies, Sun Yat-Sen Journal of Humanities, Journal of Modern Chinese Literature, and Journal of Chinese Cinemas. He is currently working on two separate book projects tentatively titled Queer Homecoming in Sinophone Cultures: Translocal Remapping of Kinship, and Mandarinization and Its Impact on Sinophone Cultural Production: A Transcolonial Comparison of Ethnic China, Singapore and Taiwan.