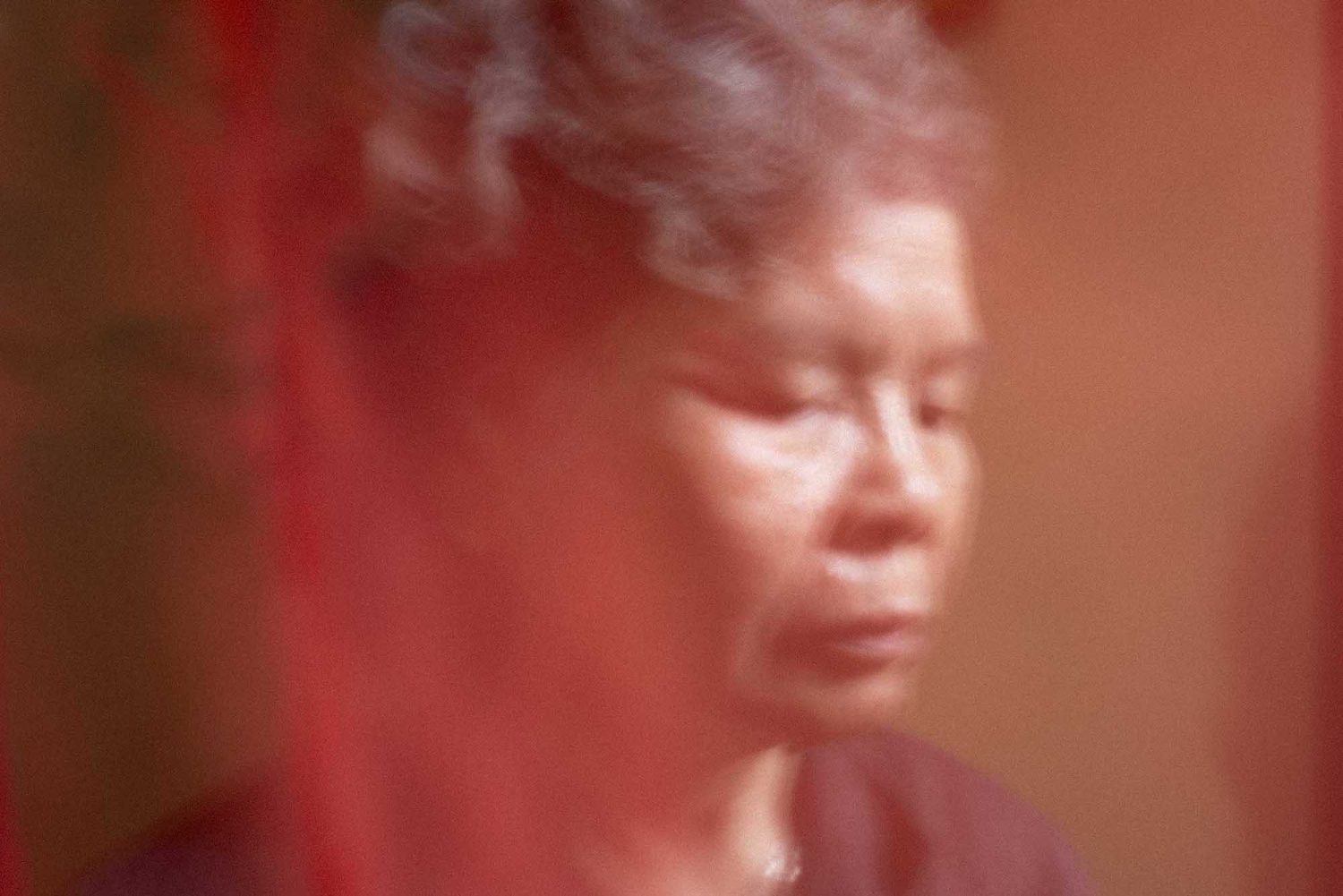 The Vietnamese photographer on his project "63 Years"

Vietnamese photographer Mai Nguyen Anh is the inaugural recipient of the Objectifs Documentary Award 2018 (Open Category). Ahead of his solo exhibition 63 Years‘ opening at Objectifs’ Chapel Gallery next Tues 12 Mar, Objectifs caught up with him to learn more about his project and his experience working with curator Sam I-shan over the last six months.

How long have you been working on 63 Years and what was the genesis for this project?

Nguyen Anh: Since I was a kid, my grandma has often told stories about Mr Tuyen (my grandma’s brother) during family gatherings. She mentioned his name so frequently, as if she was afraid we would all forget his existence one day. Yet to all of my relatives and me, Tuyen was still just a distant figure. All we had ever known about him was through grandma’s words and his letters. We never thought we would meet him in person nor did we have any feelings for him.

So when Tuyen came back to visit for the first time in 2015, part of me was curious to find out who he is in real life. The other part was overwhelmed by grandma’s emotion and her reaction after the reunion. These were the starting point for this project.

What are some of the challenges you faced in pursuing and presenting this project? Has it evolved along the way? Is your approach and the various mediums used typical of your process, or new / specific to this project?

Nguyen Anh: There were many “tiny” obstacles along the way, such as raising funds, applying for scholarships so I could travel to the US, persuading my relatives to talk truthfully about what they think about Tuyen, etc.

However, I guess the biggest challenge for me was to overcome my own close-mindedness in photography and embrace its most important ability: the ability to walk on the edge of reality and fiction.

In the beginning, I photographed extensively using a journalistic approach. I carried on photographing Tuyen the same way when I had a chance to go to the US. However, once I came back to Vietnam, I was stuck with three separate stories, which were about my grandma’s life, Tuyen’s life, and Tuyen’s visit.

I had no way to connect the stories together nor did I have any way to show my relatives’ mixed thoughts and feelings about him.

I struggled with the project for quite a while and almost dropped it in 2016.

Then I realised that all this time I had simply been trying to capture what is in front of my camera. Yet the actual story isn’t factual or visible. It lies within my family members’ imaginations and expectations. This realisation evolved the series in so many ways and opened up a new idea for me: documenting fiction through the use of various mediums. This was my first time experimenting with so many mediums and definitely not the last. 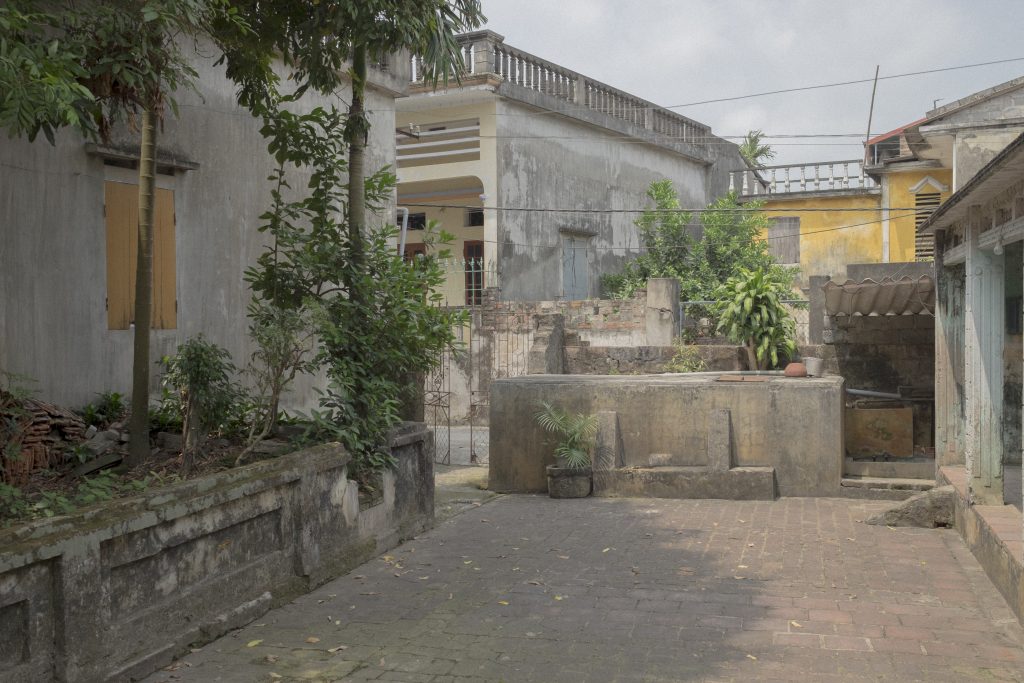 How have your family members responded to this project, including the subjects primarily featured (your grandmother and her older brother)?

Tuyen seemed indifferent when I told him about the project. But he was interested in sharing about the past, his hardship, and the war.

On the other hand, the other family members were all very excited. Though they do not fully understand what I am doing, they encouraged me to carry on. My aunts and uncles did tell me that the interviews and photographs help them see Tuyen differently and understand him better.

However, I was most surprised by my grandma. As mentioned earlier, I was overwhelmed by her emotion and reaction.

Before meeting Tuyen, she was very excited and enthusiastic about me photographing them. She talked a lot and I had never seen her so happy. Yet after meeting him, she became very quiet. I rarely heard her mention his name again. She also lost interest in seeing my new photos.

I am not sure whether it is due to her life-long wish being finally fulfilled or that Tuyen in real life is far different from Tuyen in her mind. So once they met, perhaps she realised that despite being related by blood, there is an unbridgeable gap between them to be siblings/family again.

How was your experience working with curator Sam I-shan on this show, as a recipient of the inaugural Objectifs Documentary Award (Open Category)?

Nguyen Anh: Prior to the Objectifs Documentary Award, I had never worked with a curator. So this is a precious experience for me. I learnt many new things, from feeling the space, framing artworks to hanging rules, etc. from I-shan. She is a great curator and is very generous with her knowledge. Besides working, our talks about art in general also help me understand visual literacy more in-depth and fuelled ideas for my next project.

I-shan is also the person who encouraged me to make videos to show alongside the photographs.

I feel like after six months working together, our relationship is no longer that of artist-curator but I think of her as my mentor.

Has this opportunity influenced your vision for the future of this series, or for other projects you’re pursuing / your photography practice?

Nguyen Anh: For this series in particular, I am extremely grateful that the grant has helped me to finally finish it and realise it in an exhibition setting. I also got interested in making videos and moving images while working with I-shan. So I think it might be a new direction for me in the future.

Moreover, personally speaking, being chosen as the Objectifs Documentary Award recipient means a lot more. I have been working on this series for almost four years. During this time, there were many times I doubted my own ability and wanted to give up. Hence, knowing there are people willing to give me a chance makes me believe in myself and keep on doing what I am doing in the future.

Is this your first time sharing this project with an audience outside of Vietnam? What do you hope they will take away from it?

Nguyen Anh: This is my first time ever sharing this project.

Though the war is a distant memory and on the surface, our country seems to have reconciled, beneath there are many hostilities and misunderstandings between the Vietnamese diaspora and local Vietnamese.

I worked on this project hoping it will somehow heal the wounds caused by war and create a better understanding between Vietnamese living inside and outside the country.

For wider audiences, I hope they can learn more about the lasting effect of the Vietnam War and how it separated a family from the inside.

For audiences born and raised in Vietnam, I hope they can reconsider the war as a civil conflict, which the local education system calls an American Invasion, wrongly depicting people from the other side as traitors.

On a personal level, this narrative is a memoir of my grandmother’s 63 years of waiting. It is a portrait of her long-lost brother, the only living person from her maiden immediate family. Through making this work, I hope to bridge the unbridgeable gap between my grandma and granduncle Tuyen, as well as the gap between my relatives here in Vietnam and my relatives in America.

Stay tuned also for our interview with Grace Baey, recipient of the Objectifs Documentary Award (Emerging Category), whose show (Un)bound will open the same night in our Lower Gallery.