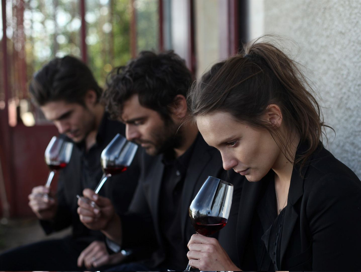 From "Back to Burgundy" (c) Cédric Klapisch
Events

A masterclass by the French filmmaker

Cédric Klapisch is a French filmmaker best known for his Spanish Apartment Trilogy of films. His latest feature film Back to Burgundy (2017) opens this year’s French Film Festival in Singapore.

Join us at Objectifs for an evening of intimate conversation with the acclaimed director and film set photographers Emmanuelle Jacobson and Michel Beaudoin. Admission is free!

In 1992, he shot his first feature film, Riens du tout. His 1993 film Le péril jeune, set in 1975 and about high school life, was made on a very small budget for a TV channel. It starred Romain Duris and Vincent Elbaz, who would become two of his favourite actors to work with. Due to its success, the film was released in cinemas two years later.

During a four-month production delay for his film Ni pour, ni contre, Klapisch devised a new, low-budget film which became L’Auberge Espagnole. Shot in Spain, this film became his greatest box-office success and developed into a trilogy featuring many of the same actors.

Klapisch’s latest film, Back to Burgundy, tells the story of reunited siblings who have to rebuild their relationship in the wake of their father’s death just before grape-picking season. Over the course of the year, the young adults blossom and mature at the same time as the wine they make.

—
This masterclass is presented by the French Film Festival and French Embassy.