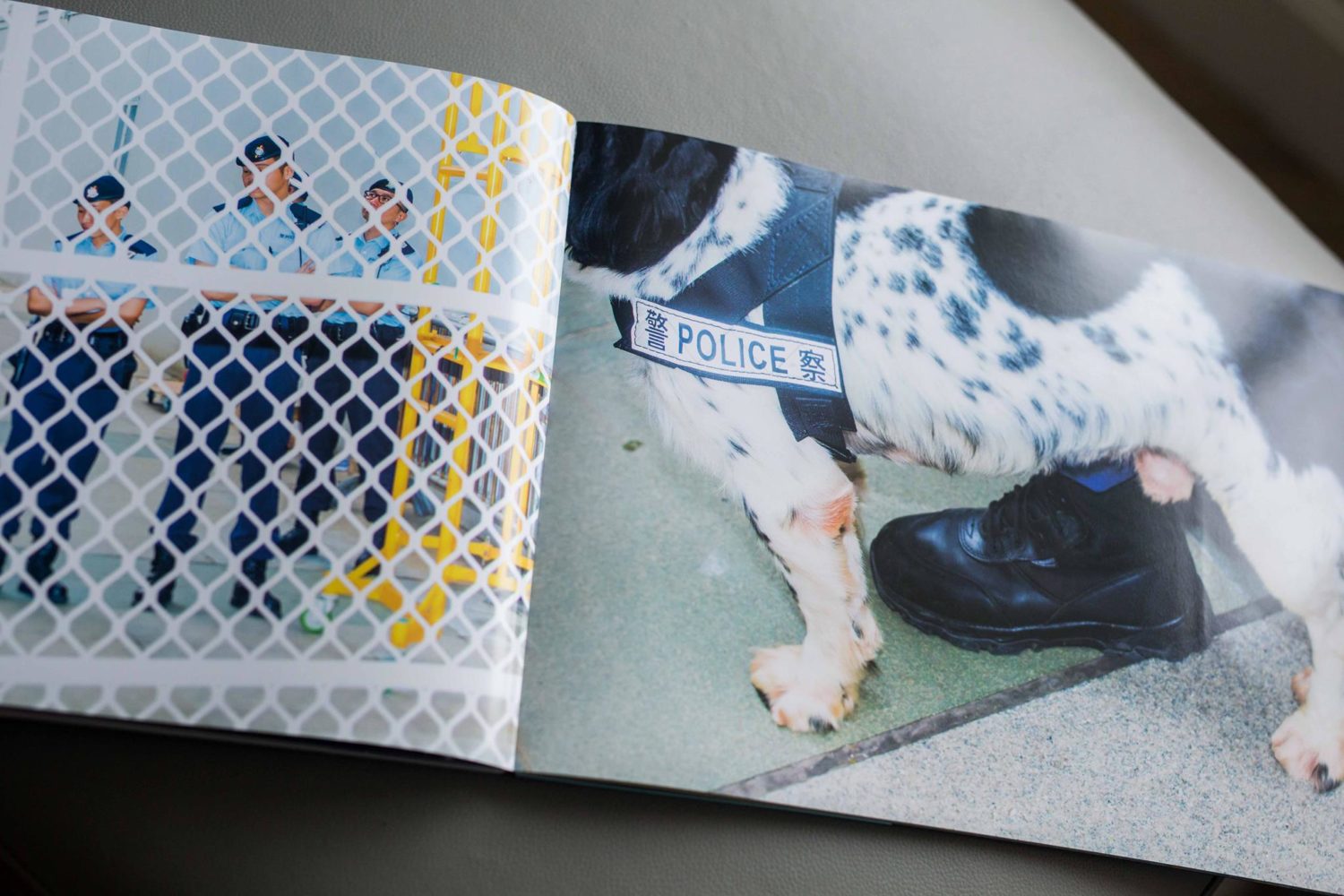 A partner programme of First Draft by THEBOOKSHOW

About the HK photographers:

Both a commercial and fine-art photographer, Chan Dick is best known locally and internationally for the award-winning series “Chai Wan Fire Station”, which records the daily occurrences within the fire station courtyard from above. This series earned him first prize at the Hong Kong Photo Book Awards in 2015, and the Tokyo International Foto Awards in 2016. This series has been selected by Invisible Photographer Asia for showcasing at the 2015 Angkor Photo Festival, and presented at Japan’s 2016 Mount Rokko International Festival. His other works have also been shown at the international photography exhibitions of Hong Kong as well as Pingyao of China.

Chan Dick has held three solo exhibitions to date. His major projects explored socio-political issues within Hong Kong, most notably the 2014 series “No Compromise” that featured documented student activists. This series won him third place in the International Photography Awards (IPA) in the professional editorial/political category. His other series “Dismayland” won in the fine art category of the 2015 International Photography Awards (IPA).

Paul Yeung Tak-ming (b.1978, Hong Kong) graduated with an MA in Image and Communication (Photography) from Goldsmiths College, London in 2011. Yeung embarked on his profession in photojournalism for 10 years after graduating with a BA in Journalism and Communication in Hong Kong 2000. He has received more than 20 awards presented by The Newspaper Society of Hong Kong, Hong Kong Press Photographers Association and Invisible Photographer Asia. His works are collected by The Hong Kong Heritage Museum, Library of The Chinese University of Hong Kong and private collectors.

Doreen, Wing Yan Chan was born in 1987 in Hong Kong. Trained in Visual Communication and photography, her creative outlet brought her to UK, where she joined East Street Arts and held an artist studio in 2010. She currently lives in Hong Kong.

Chan’s daily life is her main interest and inspiration of her creations. Working with images, videos and installations, she draws from various subjects that relate the intricacies of the surrounding environment. Chan is known as an image maker, who believes “Images are just materials for my creations”.

She was invited to hold her first solo exhibition at Lianzhou Foto Festival 2013 and exhibited her works in various spaces in Beijing, Gwangju, Macau, Hong Kong and several cities in England. Chan’s work was selected as one of the 2015 Three Shadows Photography Award Finalists.

Invisible Photographer Asia was founded in 2010 by Kevin WY Lee, and since then has grown into a leading and influential platform for Photography and Arts in Asia. IPA participates vigorously in the movement of Photography in Asia through talent showcases, events and exhibitions, publishing, workshops and education, and community outreach. Since inauguration, IPA has partnered with organisations such as The Angkor Photo Festival, Objectifs Centre for Photography and Film, National Museum Of Singapore, Platform.sg, AO Photo Books (Hong Kong), Singapore Heritage Society, SONY Electronics Asia Pacific, and Leica Camera Asia Pacific, to name a few.

IPA has also produced photography and arts events and workshops in Singapore, Hong Kong, Malaysia, Thailand and Indonesia. While currently based in Singapore, IPA‘s platform and area of interest cover all countries in Asia.