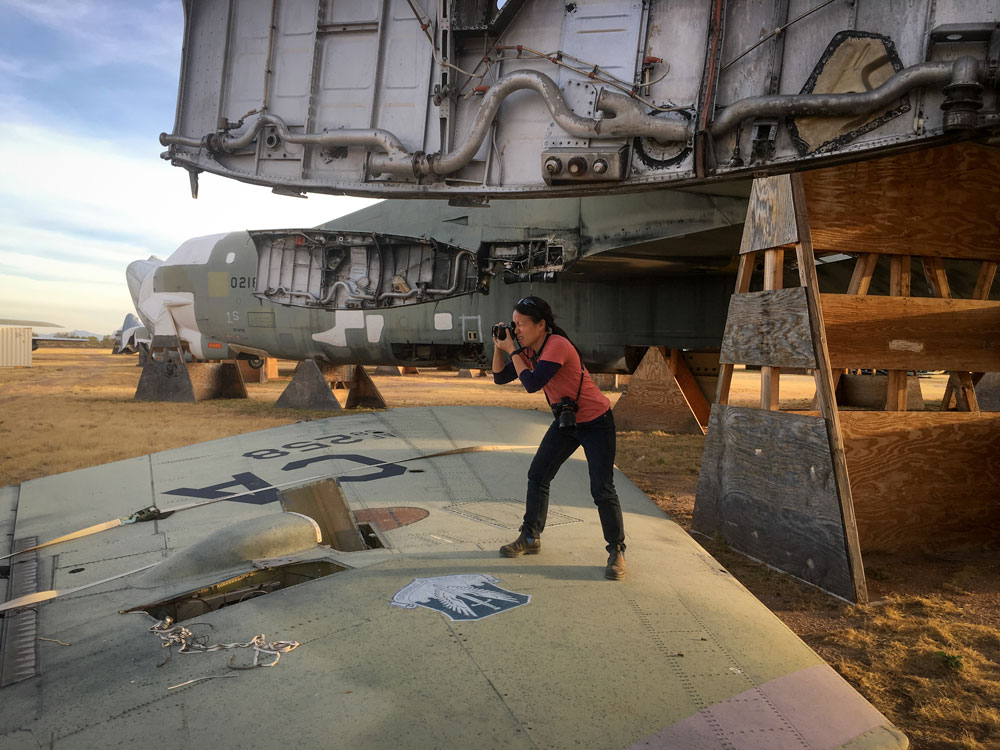 Sim Chi Yin is a lauded visual storyteller, whose many achievements include being a Nobel Peace Prize Photographer for 2017, a finalist for the 2013 W. Eugene Smith Grant in Humanistic Photography, and an inaugural Magnum Foundation Social Justice and Photography fellow in 2010. She shares about her very first photography award, how documentary storytelling has evolved, and what she is looking for as a member of the selection panel for the Objectifs Documentary Award.

What was the first photography award that you won?

I was a finalist for the Ian Parry Prize in 1999, which meant that I had the opportunity to present my pictures in an exhibition at the Tom Blau Gallery in London, and later had a photo from the same series published in the back page of the Independent Magazine. The photo that was shortlisted for the prize was one that I had taken of children waiting for lunch during volunteering stint I was doing with an NGO in Siberia; friends back then jokingly commented that was a “decisive” moment!

Back then I was an extremely introverted undergraduate at the London School of Economics. I remember walking to the exhibition opening from the college residence I was living in, and at the event, I was far too shy to make any contacts. I had no idea of the photo industry then and my eye and photos had a certain naivety. I was not conscious of being a photographer yet.

The real game-changer for me came much later when I was awarded an inaugural Magnum Foundation Photography and Social Justice Fellowship. That sealed my decision to become a full-time photographer at age 32. The fellowship gave me the opportunity to study with photography greats Susan Meiselas and Fred Ritchin, build industry contacts, and helped with visibility. I got to meet key editors in the business who took an interest in my work and whom I’ve kept in touch with over time. What has also been invaluable is the Foundation’s institutional support in championing my work, which has helped me to build relationships that I still treasure today.

The other turning point in my career was the VII Mentor Programme. Marcus Bleasdale, a VII photographer at the time whom I had assisted in China in 2010 urged me to apply for the VII Mentor Programme in 2011, which later led to a three-year mentorship with and then membership in the agency. Being mentored by Marcus, Stephen Mayes and Nick Papadopoulos, then heads of VII Photo Agency, made me realise how important mentorship is during the early stages of your career. They gave me guidance on everything, from editing my work, to looking over all my contracts, to setting up my own archive. At the time, being with the Agency gave me a real leg up in my career in terms of its distribution of my work and the visibility in the capitals of the photo world. 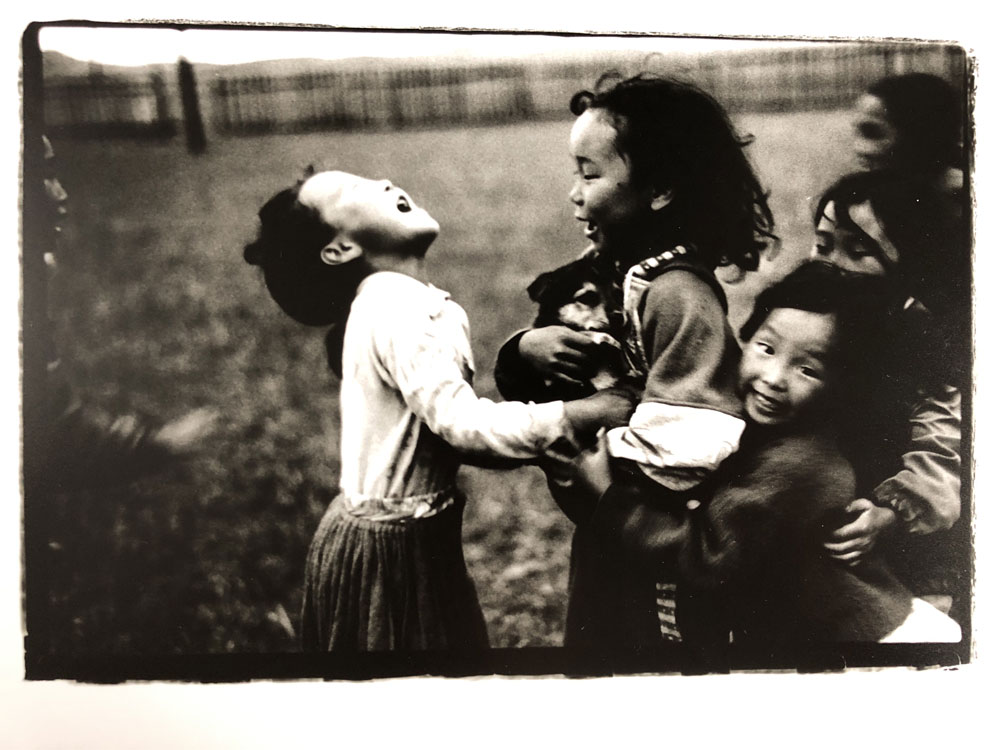 One of Chi Yin’s submissions to the Ian Parry Prize in 1999. © Sim Chi Yin

What do you look forward to seeing in the entries from Singapore, given the photography scene here?

I’d like to see some deep, critical visual investigations of issues that matter or deeply-felt personal work.

I take the applicant’s statement quite seriously. While technical competency is important, I’m not necessarily looking for work that wows me. Something more than your photographs needs to shine in your application. Something in your personality needs to come through; your passion, your commitment to the issue.

However, I’d like to add that while winning prizes and grants can be life changing, one shouldn’t over-emphasise their importance. We’ve seen in recent years globally, there is something of an unhealthy obsession with winning prizes amongst young photographers who want quick success. We’ve seen photographers overstep lines of ethics to create work that wins prizes, and we won’t want to reward those tactical antics. 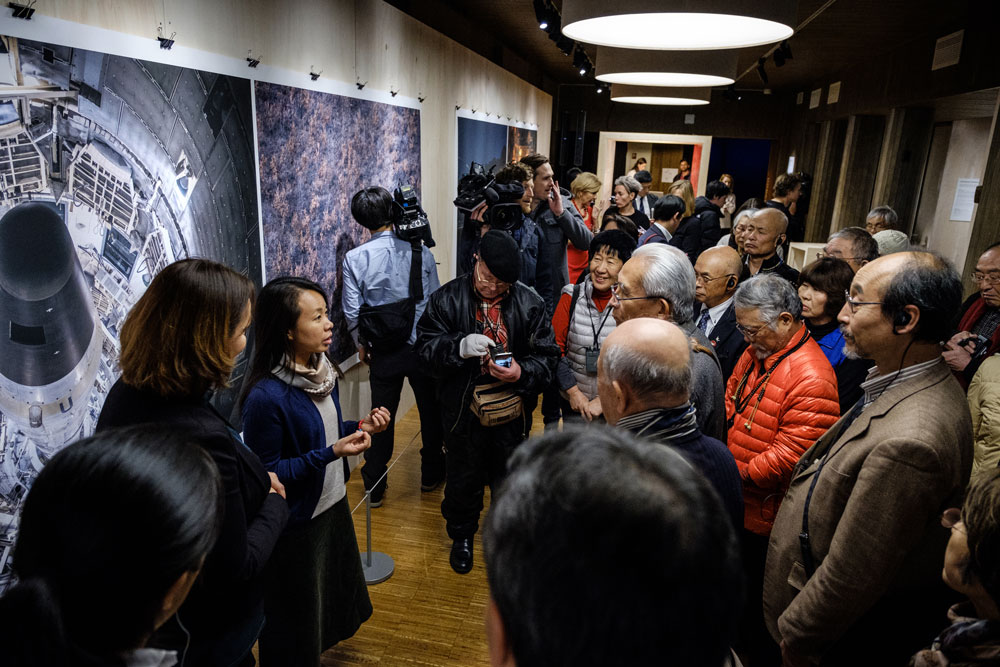 Sim Chi Yin gives a preview tour of the exhibition to survivors of the atomic bombs dropped on Hiroshima and Nagasaki by the United States in August 1945. They were visiting from Japan to attend the Nobel Peace Prize ceremony. © Johannes Granseth for the Nobel Peace Center

What are your thoughts on the criteria for the applicants for the award, specifically the lack of an age limit, and the freedom to propose different forms of non-fiction visual storytelling?

I think that there are so many prizes and programmes for young photographers, and that there is this odd obsession with age and the belief that the young are more creative. More people are coming to film and photography later in their lives and they shouldn’t be deprived of a chance to participate in programmes such as these. Several years ago, PDN scrapped their age limit for their annual 30 emerging photographers round up and instead focused on years of experience; I think that encouraged many of us oldies (in age) but newbies in the industry!

On notions of expanded documentary: Asia hasn’t had much of these discussions about finding a new language, about how to distribute differently — at least not in the documentary realms but perhaps they have in the art world. However, we live in a time when we should be smashing the silos. It doesn’t bother me so much if a person is a photographer, visual artist or filmmaker, as long as one is honest and transparent about how one made the work, how the work is distributed, what the intentions of the work are. If it’s good visual storytelling, that’s just what it is, regardless of genre.

In some parts of Asia, some of the more interesting social justice work is in film and in fine art, and more and more documentarians borrow the visual language of fine art photography. At the end of the day we’re more interested in the strength of the storytelling.

We’re casting a wide net and would like to see different kinds of documentary, so surprise us!