HEAR FROM THE JURY: IAN TEH

HEAR FROM THE JURY: IAN TEH

Documentary photographer Ian Teh has had his work exhibited internationally, and received multiple prestigious grants for his personal projects. Outside of his artistic practice, he has taken on a prominent role in mentoring as a tutor at Angkor Photo Festival and Workshops, and conducting masterclasses at Obscura Festival of Photography. As mentor for this year’s Objectifs Documentary Award, he talks about how his own mentorship experiences have guided his career, and photography’s potential for growth in Southeast Asia.

What were your experiences receiving mentorship, and how did they shape your photography career?

When I started in the late 90s we didn’t quite have the same structure of mentorship that is more common today. The mentorship I received was more informal, the result of meetings with various people within the industry such as agents, agencies and picture editors at publications. This was after I had just graduated from a graphic design degree course in the UK and had become particularly interested in exploring documentary photography during my studies.

I came to London to seek feedback on the little photography I had done but also to work and save up for a trip to China to continue developing my nascent practice. A few people were incredibly generous with their time, giving me advice on my photos, but also taking the time to explain how the business worked. One such person was Neil Burgess. He had been a director at Magnum Photos in London, and when I met him, he had just set out to be an independent agent representing photographers like Sebastião Salgado and Annie Leibovitz. He was incredibly generous with his time, spending a good few hours patiently looking through my portfolio, which at that time was a broad mix of photography and design work. He showed me the contact sheets of Salgado and Leibovitz, giants in the industry even at that time. That first meeting and a subsequent one over a year later (after I made my trip to China) when he was a director of the highly regarded Network Photo Agency, became conversations I would reflect on for many years after, and in essence was a compass to help me navigate my practice and career.

I don’t think he was ever really aware how much that meeting had meant to me at that time, but he helped me realise how much bigger the photography world was, and highlighted some of the qualities I would need to develop to have a chance of succeeding. Most of what he said was in many ways just common sense but it wasn’t common to me at that time. He helped simplify the seemingly overwhelming task of getting started in a career of photography by making me concentrate on the essentials.

Beyond such experiences, I came to know a group of photographer friends whom I respected. Our friendships were built on analytical conversations about the photograph, the photo essay and photography as a whole. Occasionally we would even work on our projects together – often learning from each other in the field. We showed each other our work, each time offering constructive feedback  — it was essentially a kind of support network and a peer portfolio review session. None of this was consciously planned as some grand strategy for our development. It arose out of our collective enthusiasm for photography and our desire to do something ‘useful’ with the medium — turns out it was an excellent way to sustain and grow our practice. In the end it was what we most needed at a time when photo festivals, portfolio reviews and mentorship programs weren’t as developed and as accessible as it is today.

I don’t think he [Neil Burgess] was ever really aware how much that meeting had meant to me at that time, but he helped me realise how much bigger the photography world was, and highlighted some of the qualities I would need to develop to have a chance of succeeding. 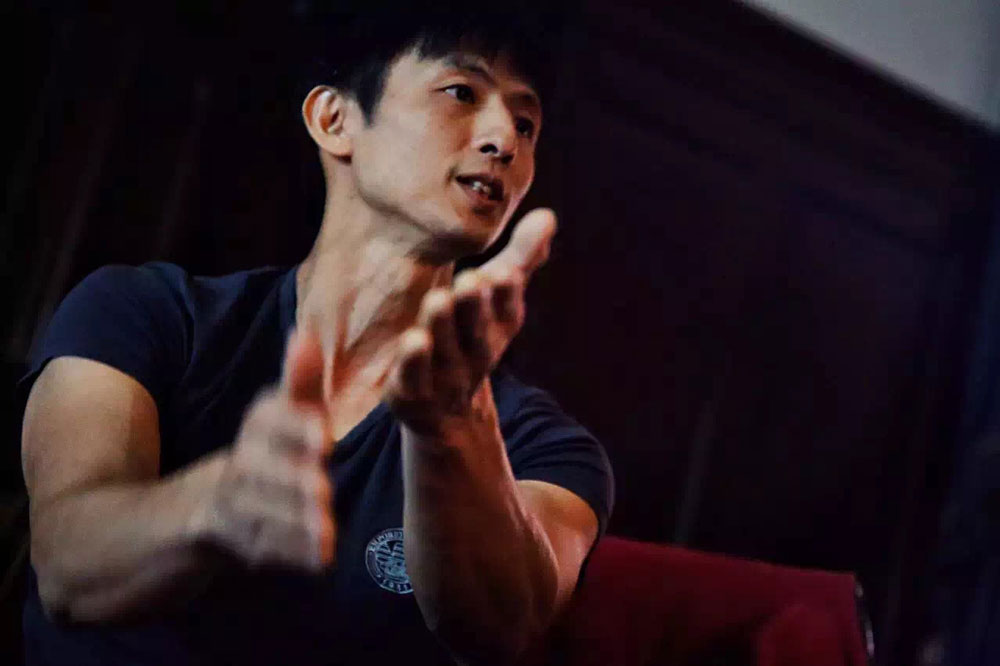 You’ve had a lot of experience reviewing work by emerging photographers through your involvement in Angkor Photo Festival and Workshops, and Obscura Photography Festival. What do you look out for in a proposal or a body of work?

I like to see work where the photographer has a strong vested interest in their subject, and it could be about an important global issue or something more personal. Regardless of which end of the spectrum the work falls into, I like it when photographers are aware of who their audience might be. This means they would have put thought in how they want to communicate their narrative and its intended overall effect.

An excellent portfolio showing off the aesthetic skills of the photographer is only one of many other important qualities that should be present or developed within the practitioner. I’m looking for clues embedded in the work itself but also in the written statements that accompany the submission to gain a sense of the person behind the work. Beyond the obvious visual flair, I look out for attributes like perseverance, consistency, empathy, a commitment to a cause, research skills, experience, creativity and experimentation both visually and from a problem solving perspective, and more.

It’s not about looking for the whole package, as we will all have our strengths and weaknesses at any stage of our practice. What is important is the awareness to recognise the areas we need to attend to. I’m essentially trying to gauge aptitude, motivation and commitment from what is at best an incomplete picture. While there is no clear cut answer, and therefore no formula, I think the care one puts in one’s work and subject matter, the thoroughness in its execution without losing a sense of creative playfulness — since serendipity is also important for growth — and the presentation in all its aspects help provide clues to the person behind the work.

There is a rich diversity of stories that need to be told in the region for the region, but also globally. Southeast Asian photographers are in a prime position to tell those stories, but their stories will need to be seen beyond the region so as to be part of a larger and richer global conversation.

What is your view on documentary work being done in Southeast Asia today, and how do you think photographers can benefit from programmes such as the Objectifs Documentary Award?

In recent years Southeast Asian photographers have had some success globally, but photography as an ‘eco-system’ in the region is still nascent in its development. Programmes like the Objectifs Documentary Award, and festivals in the region like Angkor Photo Festival, Obscura Festival of Photography and the Singapore International Photography Festival are key to helping cultivate this ‘eco-system’.  They help the nurturing of a community, both the photographic and the larger public, where the cultural perception of photography as an important medium (like writing) for engaging serious thought on issues becomes more widely excepted and appreciated.

The structural support of festivals, and a more mature cultural perception of photography within society is just the beginning, and I hope over time will help develop the economic structures needed to sustain its regional practitioners. By this I mean, a more developed photography industry that values photographic authorship, and its accompanying organisations from publications to photo agencies and galleries to museums, and the accompanying talent pool of picture editors, curators etc. within.

Over time, photography may take a more significant role in the region’s culture as a voice to be heard beyond its obvious commercial uses. This is important, as much of the photographic documentation we have today from our collective past has been by visitors to the region. Whilst these works serve an important function as a lens into the past, it is essential today that the region has its voice too. Photographic stories today are after all the potential historical documentation of tomorrow – and there’s a need to develop these support structures if we are to have a stake in our collective history for future generations.

As the world turns to look more at Southeast Asia, because of its growing importance economically and politically, there will increasingly be a greater desire to understand the region. There is a rich diversity of stories that need to be told in the region for the region, but also globally. Southeast Asian photographers are in a prime position to tell those stories, but their stories will need to be seen beyond the region so as to be part of a larger and richer global conversation. The Objectifs Documentary Award is one of those important starting points.

Read our interview with the curator for the Documentary Award, Wei Leng Tay, here.