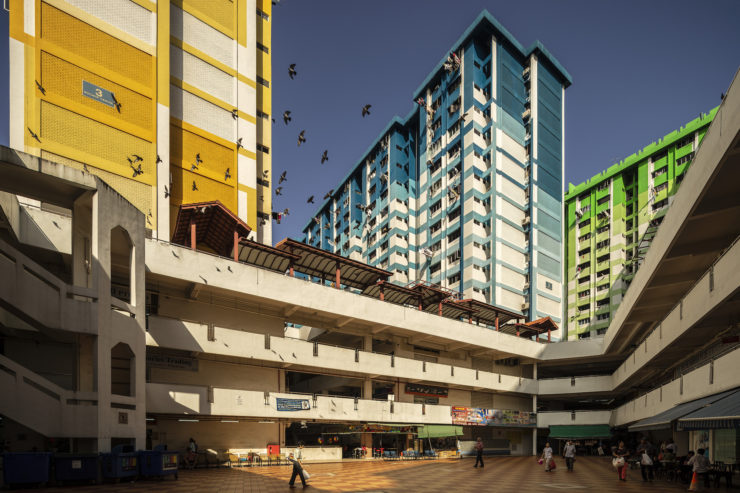 POINTS OF VIEW: DARREN SOH ON ARCHITECTURE PHOTOGRAPHY IN SINGAPORE

POINTS OF VIEW: DARREN SOH ON ARCHITECTURE PHOTOGRAPHY IN SINGAPORE

In conjunction with his solo exhibition "Before It All Goes"

Darren Soh is an architecture photographer whose solo exhibition Before It All Goes: Architecture from Singapore’s Early Independence Years is on at Objectifs’ Chapel Gallery till 29 Sept 2018. He has also published a book of the same title. Read on for a recap of Darren’s artist talks and recent seminar held in conjunction with the show.

Darren Soh started working as a photographer about 20 years ago. For about seven years starting out, he “shot anything and everything, in order to make a living” but decided that he wanted to pursue exclusively architecture photography by any means necessary. Thus, he shoots commercial projects for architects and for developers. Most of the images in Before It All Goes were shot in his own time but can occasionally yield some income through print or book sales.

Learn more about Darren Soh and his career in this short documentary by Objectifs.

Points of View: How to Shoot a Building

The Feb 2018 news of Pearl Bank Apartments’ collective sale and impending redevelopment provided Darren, together with Objectifs, a strong impetus to present Before It All Goes. Using this building as an example, Darren shared how he approaches shooting an architectural site.

Darren started photographing Pearl Bank Apartments in the early 2010s but the majority of his images were made in the last two to three years. The building’s curved nature makes it very interesting to him from a photographic point of view.

The Future of Architecture Photography in Singapore

Darren envisions that he will long continue to document Singapore’s architectural heritage against the backdrop of rapid urban redevelopment. Iconic landmarks that are in the news, and places of personal significance aside, he always keeps an eye out for buildings and sites around him that are visually interesting. Even as he walks or drives around, if a building catches his eye, he will try to find out its name, history, about its architect and to gain access (if required) to shoot it.

He also encourages using online resources like Google Street View, which allows him to research access points before doing a physical recce, and even LTA’s live traffic cameras, which can be used to check the light in a given location: “If the cars form shadows on the road, you get a sense of whether there is cloud cover in that area”.

Darren is realistic about the fact that given Singapore’s land scarcity, some redevelopment is inevitable: “Singapore is one place where architects consistently outlive their buildings”, he semi-joked. He noted that the majority of conserved buildings in Singapore are pre-war, and encourages the authorities to gazette significant buildings from our early independence years. He also believes the government can play a part in the maintenance of such buildings, such that owners will feel less compelled to sell, as some did with Pearl Bank Apartments which is structurally showing its age.

Despite these challenges, and though the exhibition and publication title Before It All Goes may sound melancholy, Darren maintains that it is with “optimism” that he ultimately pursues architecture photography. He hopes that his work can spark a conversation that will engage Singaporeans from all walks of life.

Watch the documentary produced in conjunction with Darren Soh’s solo exhibition Before It All Goes.

Before It All Goes: Architecture from Singapore’s Early Independence Years runs at Objectifs till 29 Sept. Admission is free. The accompanying publication of the same title and the 50 HDB Facades tote bag by Darren Soh are available at Objectifs and via our webstore.

View the Before It All Goes documentary (embedded above) at tinyurl.com/beforeitallgoes and share your photos and reflections with the hashtags #BeforeItAllGoes and #objectifscentre.