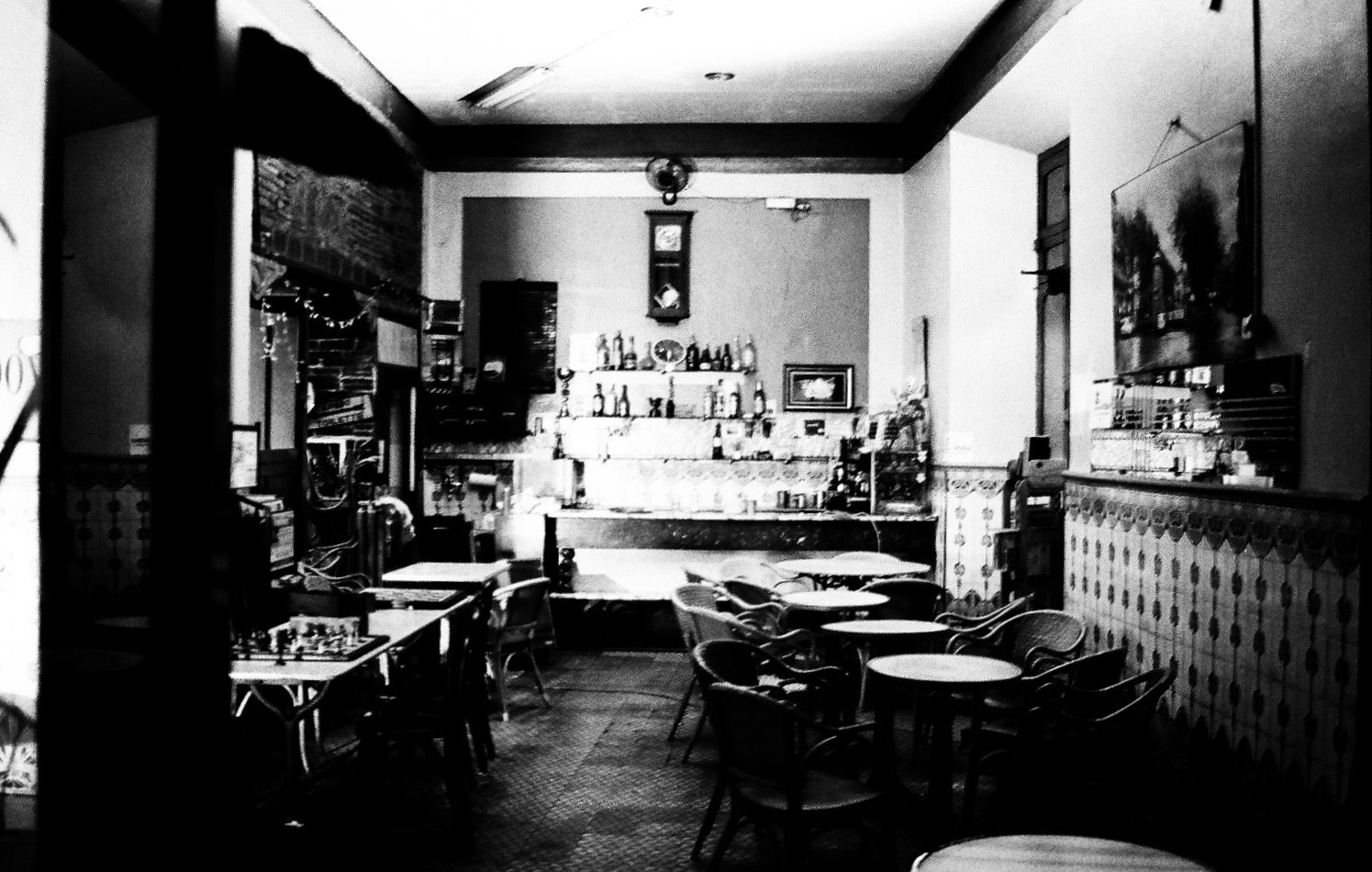 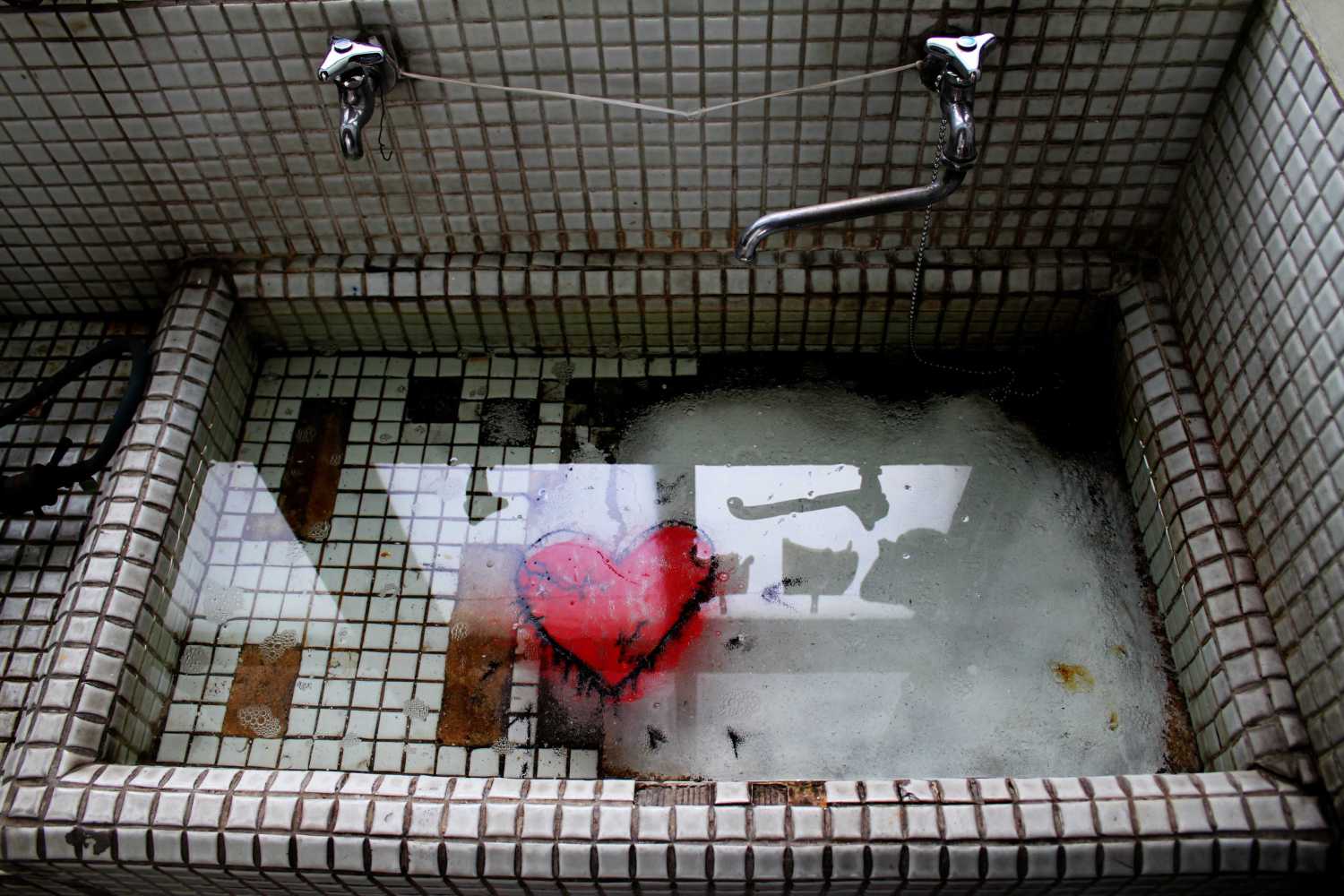 The Beat of The City That Freezed © Joo Choon Lin

i) ANG SOO KOON
Exorcise Me / 3 min / Experimental / 2013 / Rating TBC
Exorcise Me addresses coming-of-age anxiety, teenage alienation and the confusing phase between childhood and adulthood. The title references the unease an adolescent feels within his or her own skin, and the yearning to get rid of newfangled fears and unfamiliar emotions.

Sewing Room / 2005 / 5 min / Experimental / PG
The craft of the monotonous daily routine of a sewing room extends beyond its contained realm.

Sookoon Ang works with various media, including video, installation, drawing and printmaking. Her work addresses both the physical and metaphysical world—the space which we physically dwell and the interior space within us that is our spiritual, emotional and imaginative world. Ang explores how these two both reflect and have an effect on each other. Her artistic endeavour is to create visual representations of the eclipse between these two realms. Ang often takes common or everyday objects and occurrences, and presents them in a way that goes beyond their practical functions or mundane appearances. She majored in sculpture at the School of Visual Arts, New York and has participated in the Rijksakademie Artist Research Residency in Amsterdam. Her work has been shown internationally.

ii) JOO CHOON LIN
The Beat Of The City That Freezed / 8:43 min / Animation / 2010 / PG
Integrating the historic significance and contemporary landscape of the Senn Kaikan building (an abandoned textile shop), The Beat of the City that Freezed is a site-specific work made for the Aichi Triennale 2010. The animation features sculptural pieces that are made with photographs of street objects printed on fabric and a water monster inspired by the Kappa from Japanese mythology.

Underlying Joo Choon Lin’s practice is her philosophical interest in the nature of reality, which might be summarized in terms of the philosophers’ longstanding investigation into the relations between appearance and essence. Choon Lin’s own investigation into these questions is also informed by her interest in technological developments: as the various technologies of representation devise new ways of capturing the likeness of things. Joo has exhibited locally and internationally, participating in shows such as 4th Fukuoka Asian Art Triennale, Japan (2009), 1st Aichi Triennale, Japan (2010), Roving Eye at Sorlandets Kunstmuseum, Norway (2011), Resolution of Reality at Third Floor Hermes gallery, Singapore (2012) and Your Eyes Are Stupid at Singapore Biennale (2013).

Ho Tzu Nyen makes films, videos and performances related to historical and philosophical texts and artefacts. Recent one-person exhibitions of his work include MAM Project #16 at the Mori Art Museum (2012), the Singapore Pavilion at the 54th Venice Biennale (2011) and Earth at Artspace, Sydney (2011). Exhibitions that he has taken part in include Homeworks 6, Beirut (2013); 5th Auckland Triennial (2013); ‘No Country’ at the Guggenheim Museum in New York (2013); the 6th Asia-Pacific Triennial (2009); the 1st Singapore Biennale (2006); the 3rd Fukuoka Asian Art Triennale (2005); and the 26th Sao Paulo Biennale (2004). His first feature film HERE premiered at the 41st Directors’ Fortnight, Cannes Film Festival (2009) and his medium length film, EARTH, premiered at the 66th Venice International Film Festival (2009).

iv) BRIAN GOTHONG TAN
Imelda Goes To Singapore / 2:35 min / Experimental / 2006 / PG
A comic reverie that features the likeness of former First Lady of the Philippines, Imelda Marcos as a household maid in Singapore performing her favourite song, Dahil Sa Iyo. This satire on the musical genre is also a darkly political allegory of the Marcos regime.

Brian Gothong Tan is best known for his cutting‐edge and highly engaging works mainly in theatre, film and installation art.  He has served as Director of Film and Visual Effects for the National Day Parade in 2009 and 2011 and the Youth Olympic Games Opening and Closing Ceremonies  in 2010. Brian was also commissioned to produce the main video installation for  the Singapore Pavilion at the Shanghai World Expo in 2010, and the Night Festival 2012, WE THE PEOPLE, a film that was projected onto the façade of the National Museum of Singapore. Brian released his first feature film, Invisible Children, which participated in the Asian Hot Shots Berlin and the Singapore International Film Festival in 2009.

v) VERTICAL SUBMARINE
The Forest / 13 min / Experimental / 2014 / Rating TBC
A surrealistic encounter with a pair of blond twins who are diorama artists portraying miniature disasters in fish tanks. This film is in Spanish language with English subtitles.

vertical submarine is an independent art collective based in Singapore with three members – Joshua Yang, Justin Loke and Fiona Koh. The group was formed in 2003 and the name was taken from a word subvert that is rotated to be vert-sub and expanded to form vertical submarine. The group has been appearing in local exhibitions of intricate installations involving everyday objects, text and an acquired sense of humor. vertical submarine was won the Singapore President’s Young Talent Award in 2009.