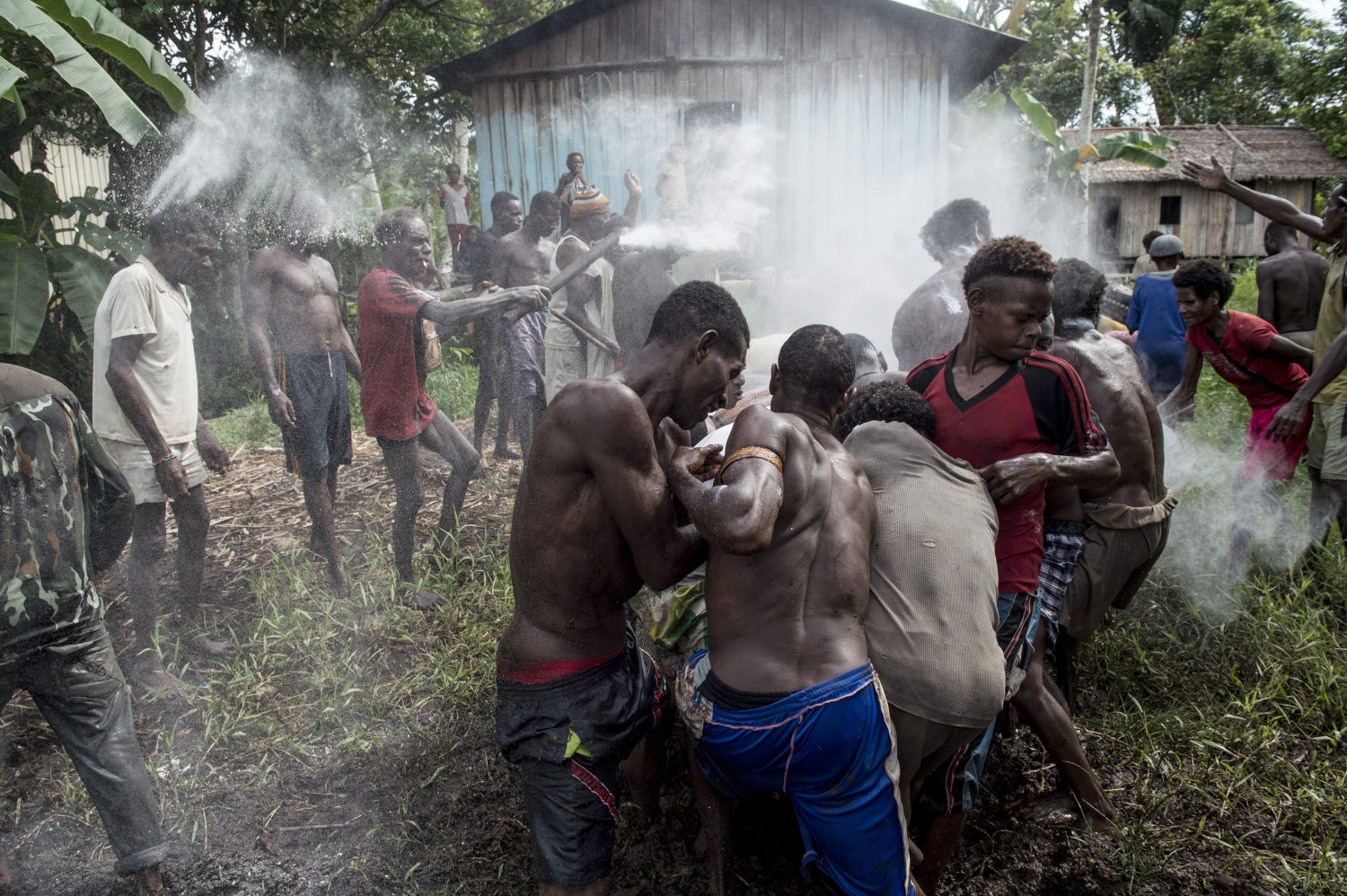 Not A Blank Canvas

Joshua Irwandi shares his work in West Papua, Indonesia, focusing on the representations of Asmat, project sustainability, and the multiplicity of disciplines stemming from one single project.

Asmat is one of the ethnic groups of West Papua discovered not a century ago, notorious for the disappearance of Michael Rockefeller in 1961. Now in the 21st century and living in subsistence, the Asmat seek for means of survival. Indonesian government’s transmigration program has brought an influx of foreigners from other islands of Indonesia, resulting in the marginalisation of the Asmat in their own land. Construction projects administered by the Indonesian government to the advantage of the foreigners are rapidly taking place. On top, religious tension between the Catholics, whose missionaries first converted the Asmats, and Islam, the main religion of the foreigners, is intertwined with Asmat declining contact with the spirit world through their feasts.

At current rate, by 2030 less than 20% Papuans will cease to exist in comparison to the foreign migrants. The Asmat are one of the many ethnic groups of West Papua struggling to respond to the changes around them. Asmat have their own way to respond to those changes; how, and what their responses are, is what Not A Blank Canvas reinvestigates in this one of the least photographed and most underreported regions in Asia Pacific.

Joshua Irwandi (Jakarta, 1991) is Museum Staff at the Asmat Museum of Culture and Progress, Agats-Asmat, West Papua, Indonesia. After finishing his Bachelor’s in English Literature at Exeter University, he pursued his Master’s in Photojournalism and Documentary Photography at London College of Communication. A former Kompas and The Times of London photo intern, in 2014 he was an attendant for the New York Times Portfolio Review, Adam Broomberg-Oliver Chanarin workshop, Magnum AGM Masterclass, VII Masterclass, and Eddie Adams XVII Workshop. His major project Not A Blank Canvas is a documentation of socio-cultural change on the Asmat of West Papua, where he is now based. The project became runner up for burn magazine Emerging Photography Fund for Young Talent 2015.