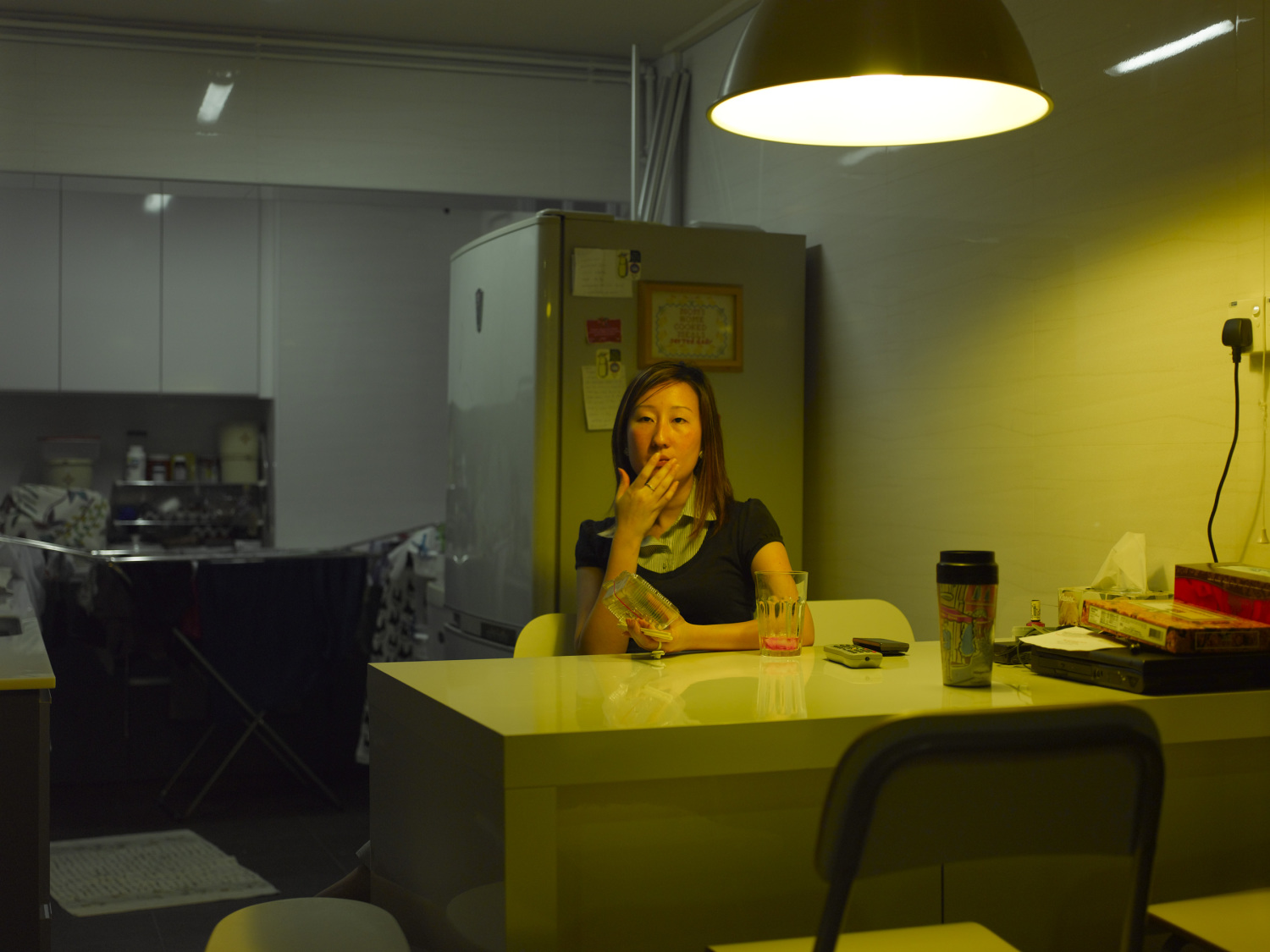 Jacqueline Felstead is a photo-media artist working with digital and experimental photo formats. Currently completing her Master of Fine Art in Photomedia at Monash University, she also holds Bachelor degrees in Media Art and Social Science. She was awarded a studio residency at the Banff Centre, Canada, in 2005 and has participated in numerous exhibitions Australia-wide, including commissioned works for Melbourne’s City Museum in 2008.

To date the exploration of shared personal insecurities forms the lynchpin of Felstead’s art practice, having been realized through a range of methods from the straight photograph to the daguerreotype and low fi animation.

Jacqueline worked on a photography series, “Subtitles” while in Singapore. In Jacqueline’s large format photographs, illuminated texts mark Singapore’s streets and waterways. Playful, experimental and critical, these works were the outcome of an Asialink visual arts residency at Objectifs. The series was exhibited at Polymath & Crust (Books Actually).

Tay Wei Leng has been living and working in Hong Kong for the past ten years. Her photography examines how people’s relationships, priorities, and ways of life are shaped by the socio-political landscape of the places they live in. Her work has been exhibited in locations such as the Fukuoka Asian Art Museum, the Singapore Art Museum, the Kiyosato Museum of Photographic Arts, Gallery VER, the Singapore Institute of Contemporary Art, and has been included in festivals and fairs such as the Noorderlicht International Photography Festival, the International Photography Festival of Rome, the F/Stop International Photography Festival in Leipzig, PhotoEspana and Photo Miami. Her work has been collected by the Kiyosato Museum of Photographic Arts and the Hong Kong Heritage Museum, and she was a recipient of the Arts Creation Fund by the National Arts Council, Singapore, in 2009. Wei Leng Tay is represented by Ooi Botos Gallery.

Her residency at Objectifs was part of The Art Incubator. During her residency, Wei Leng worked on a photo series, “Slow Cool Breezes”, which looks at the domestic lives of Singaporeans. This was exhibited as part of a group show at the Earl Lu Gallery, Lasalle College of the Arts.

Sohan Ariel Hayes is an award-winning animator and visual artist working across a variety of media. Based in Perth, he has developed animated films, illustrations, public art sculptures, computer games and projections for theatre and still photography. Recurrent themes in Hayes’ work include the physics of perception, time, love, deity, the unbearable grief of separation and its manifest symptoms in the mind and body, as well as the fantastic imagery of dreams and hallucinations.

During his residency, Sohan collaborated with Laetitia Wilson to produce Datadrum v2.0, an audiovisual installation which was exhibited at Post Museum. Thie show featured a video is mapped onto miniature architectural models and the audience could drum electronic pads to interact with the work, triggering sound and image events.

This was part of an Asialink residency at Objectifs.