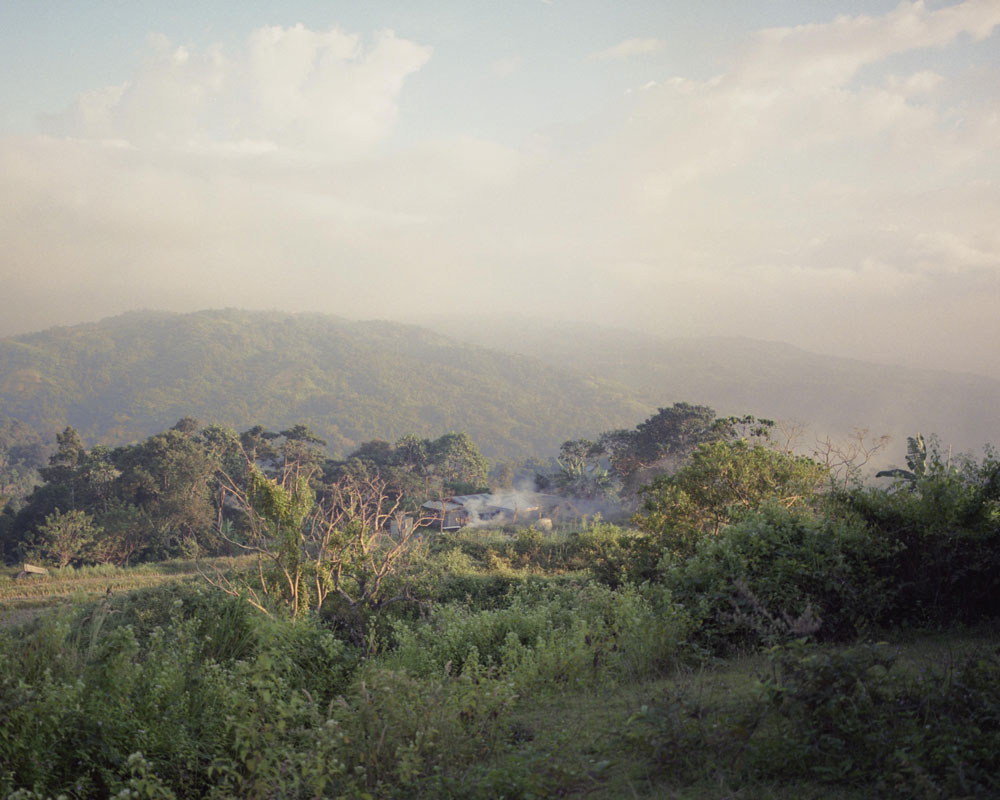 Mentored by Veejay Villafranca
Presented as a culmination of the Objectifs Documentary Award, Emerging Category

Artist Talk: A Conversation with Sarah Isabelle Tan and Veejay Villafranca
Thu 8 Apr, 8pm | Via Zoom
Click here to read a recap of the session on our Journal.

Alaga (Tagalog)
noun: pet, ward, person, animal or thing being taken care of
associated with: to raise, to nurture, to protect, custody, to care for, to look after.

Since birth, I have been under the care of my nanny, Letecia B. Ducusin who has been living and working my family as a foreign domestic worker. I address her as Aunty and she refers to me as her ‘Alaga’. Over the past years together, I have visited her hometown in the Philippines with her several times, and became godmother to two of her grandchildren.

Under Singapore’s labour laws, foreign domestic workers must retire at the age of 60. As my nanny’s contract of service nears its end in 2021, I contemplate the place that I have come to inhabit within our relationship. Motivated by a desire to hold on to moments of our relationship, Alaga is a tangible manifestation of remembrance, memory and a shared life that spans almost three decades.

Sarah Isabelle Tan is an artist whose work delves into the ontology of the photographic, navigating between nuances of the tangible and intangible. She is particularly interested in the materiality of the photograph and its (re)representation of things. Through personal encounters of loss, memory, fleeting moments, and a longing to possess what is always beyond reach, Sarah’s practice is driven by an open-ended inquisition and contemplation. She graduated from the London College of Communication in 2019 with a Bachelor of Arts, First Class Honours in Photography.

Veejay Villafranca was born in Manila. He started out in journalism as a staff photographer for the national news magazine covering socio-political events in the Philippines. He embarked on a freelance career in 2006 and worked with several international news wire agencies and publications covering national news and feature stories before pursuing personal projects that later paved the way to his career as a full-time documentary photographer. In 2008, he was awarded the Ian Parry Scholarship and a residency at Visa Pour l’Image for his project on the lives of former gang members in Manila and in 2013 attended the prestigious Joop Swart Masterclass program of the World Press Photo Foundation. His works can be viewed at www.veejayvillafranca.com.

Veejay is based in Manila and works around the Asian region contributing to different news outlets while pursuing his personal work in the Philippines. He is a regular mentor for the Angkor Photo Workshops and also a lecturer at the Asian Center for Journalism’s Diploma in Visual Journalism program and at the Diploma in Photography course at the College of Saint Benilde. He has been a resource speaker for several forums on documentary photography and visual language.

The A List: A Singapore artist and her Filipino nanny on the meaning of family

B-Side: In an intimate photography series, Sarah Isabelle Tan explores her life-long relationship with her nanny