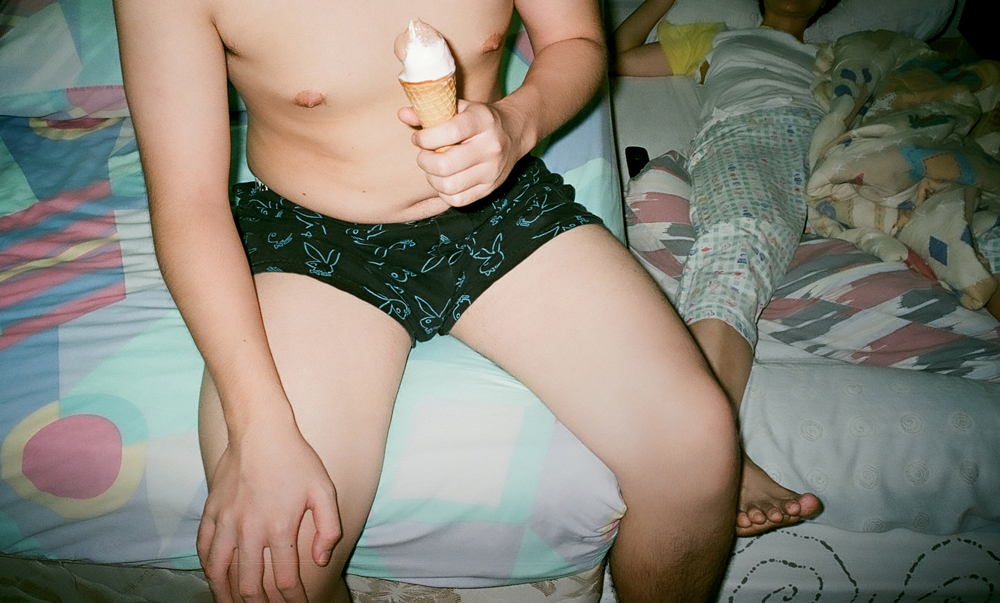 YOUNG TOGETHER, TOGETHER YOUNG

YOUNG TOGETHER, TOGETHER YOUNG

A group show by Singapore- and New York-based emerging photographers

Together, the contrasting point of views ultimately display the universal optimism that lies in the imagery of youth around us. YOUNG TOGETHER, TOGETHER YOUNG features the works of Alvelyn Aiko, Alex Thebez, Marquez, Nelson Lim and Michael Fivis.

Alvelyn Alko (Singapore) is a Singaporean based photographer who bares all that she is in her images. She is constantly breathing, dreaming, feeling, moving, creating and never growing up.

Alex Thebez (Indonesia) is a graduate of the Vancouver Film Schoolʼs Film Production program in 2008 and Foundation of Visual Arts in 2007, Alexʼs passion for storytelling drives him to portray narratives and imagery through various mediums. Alex is currently pursuing his BFA in photography at the Parsons New School of Design, New York.

Nel Lim (Singapore) always felt the need to express himself through art and photography. As early the age of 10, he received his first toy camera. Nel then showed interest in capturing the beauty of anything his eyes catch.

Michael Fivis (USA) was forced to take photography in order to graduate high school and set himself apart with his self-portraiture. He continued photography at Kenyon College and dropped out to repair Macintosh computers. Michael is a bartender in the West Village.

Elizabeth Renstrom (USA) lives and works in Brooklyn, NY. She is currently pursuing a dual degree in Culture and Media/Photography at Parsons School of Design.

Peter Marquezʼs biggest inspirations are Alex Webb and Takuma Nakahira. Peter is a member of the 315 Collective, a crew based out of New York City.