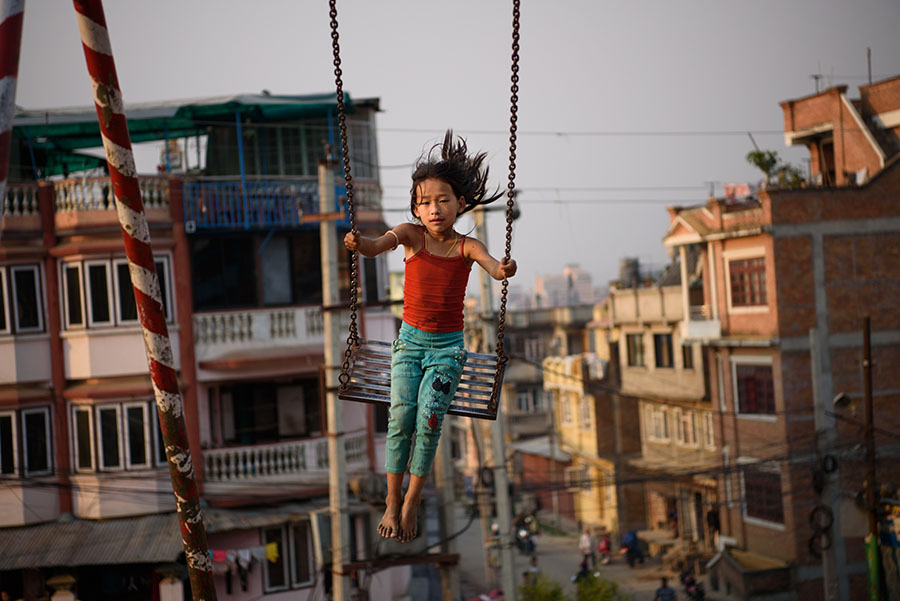 About 37% of girls marry before the age of 18 in Nepal. Factors such as poverty, lack of education, child labour, social pressures, dowry practices and domestic abuse drive young girls towards marriage.

Child marriage is illegal in Nepal but is rarely prevented by the authorities.

About Smita Sharma
Smita Sharma is an independent photojournalist based in Delhi and Kolkata. Her work primarily focusses on gender violence and human rights issues.

Her work has been published in various international publications including The Washington Post, New York Times, BBC, TIME Lightbox, The Globe and Mail, Spiegel, Channel 4, Caravan Magazine, Newsweek, Human Rights Watch among others. Her work has been screened and exhibited in various countries including USA, India, Cambodia, Myanmar, South Korea, France, UK and Saudi Arabia.

Her long term project on sexual violence and rape in India called “Not My Shame” was shown during CSW-59 and CSW-61 at the UN Headquarters in New York.

She is the recipient of The Washington Post Award at the Eddie Adams Workshop in 2013, National Silver and PVCHR Bronze medal for Protection of Human Rights at Rex Conclave, Delhi in 2015. She was given Indian Of The Year award in 2017, for her contribution in the field of journalism by Brands Academy, Delhi.

In 2016, Smita organised a bicycle campaign along with non-profit PVCHR in Varanasi and donated bicycles to abuse survivors who were assaulted on their commute to school. The campaign was a way to de-stigmatise and reintegrate the girls in their communities and help them to continue their education.

Since 2016, Smita has been working on a project on human trafficking in South Asia where she is documenting the flesh trade, domestic servitude, bride trafficking and how it operates in the region.

Smita graduated in photojournalism and documentary photography from the International Center of Photography, New York in 2013 and has a post graduate diploma in Journalism from University of Pune. Born and raised in Shillong, India, she has lived and travelled for work in Asia, Africa, Latin America and USA.