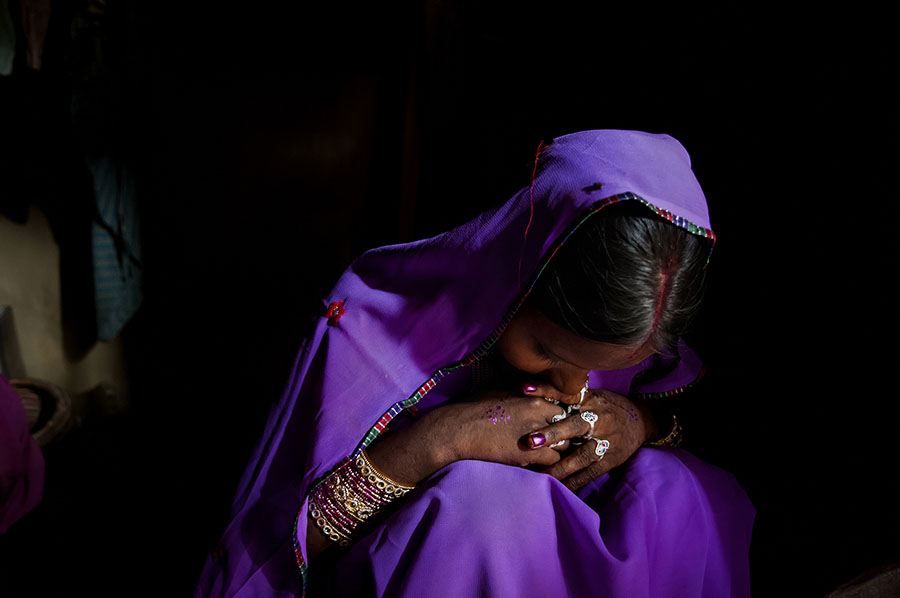 Child marriage was outlawed in India ninety years ago but over 102 million girls are still forced into wedlock before they turn 18. Uttar Pradesh’s Shravasti district is among the prime offenders.

It was turmeric that made 12-year-old Suman of Kyotan Purva village realise that she was getting married. Ten-year-old Jaggi, from the same village, got married six months ago, but in her case, it was vermilion. Turmeric and vermilion, or haldi and sindhoor, are immensely symbolic. Applying the former on the body before marriage and the later on the forehead afterwards are deep-rooted customs of the Indian Hindu society.

But Suman and Jaggi are not alone. Many other girls of their ilk have to resort to such symbols to understand marriage because they are too young to comprehend it otherwise.

This is Shravasti district in Uttar Pradesh, the most populous and among the least literate states of the world’s fastest-growing big economy.

According to Census 2011, one in every four girls born in Shravasti is married off before she turns 18 making it one of the worst performing districts in the country – ninth in 707. “Couples” in the age group of 10-19 have given birth to six million children. Uttar Pradesh leads the ranks at over 1 million.

Robbed of their childhood, dreams and desires, they are left to face the realities and repercussions of marriage, and in many cases parenthood, too soon.

About Saumya Khandelwal
Saumya Khandelwal is a Getty Images Instagram Grantee for her work Child Brides of Shravasti. With interest in gender issues and environment, Khandelwal is an independent photographer based in New Delhi, India, where she previously worked with Thomson Reuters and Hindustan Times.

Over the past five years, Khandelwal has built a diverse body of work spanning journalism and documentary genres of photography that has been featured in The New York Times, The Guardian, The Wall Street Journal, Bloomberg, Washington Post, The Atlantic, Al Jazeera and Time among others.

Of late, she has been contributing to The New York Times, National Geographic, Daz Magazin, Nzz Am Sonntag, Rheinpfalz am Sonntag, Caravan and to NGOs such as Malala Fund.

When not wielding the lens, Khandelwal serves as a judge, mentor or speaker given the opportunity.