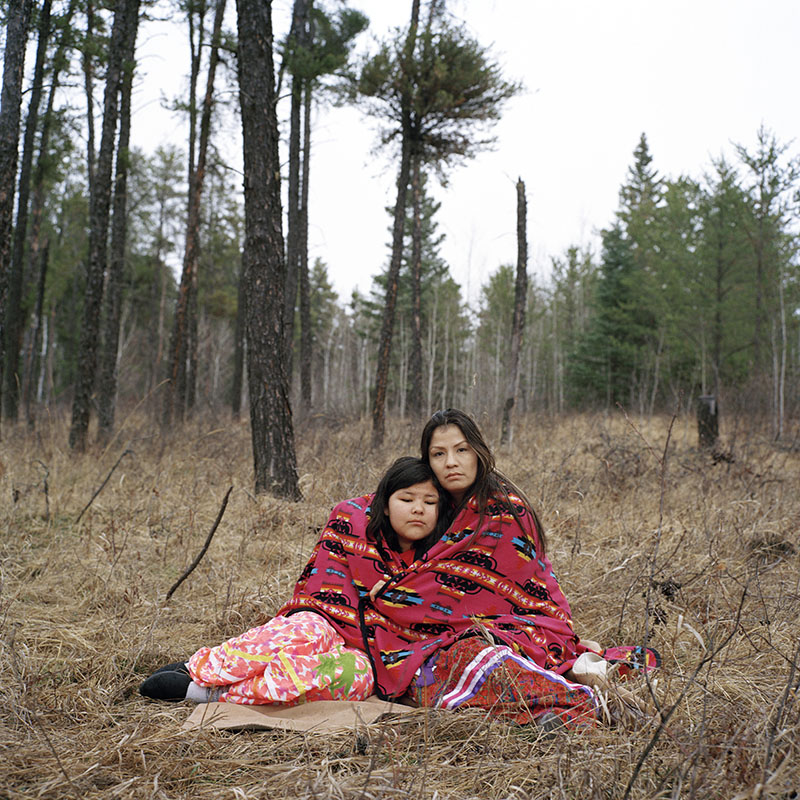 On Sept. 25th, 2013 in Regina, Saskatchewan, Kelly Goforth’s body was found in a red garbage bin in an industrial area of town. Goforth’s killer, a white male, is known to have killed Richele Bear, another indigenous woman, and the family suspects he may have killed others. Goforth’s death is not an isolated incident in Saskatchewan, one of many areas in Canada struggling with a shameful history of abuse, neglect and indifference towards its First Nations women and people. Human rights groups estimate that at least 4000 indigenous women have been murdered or gone missing across Canada. Though Justin Trudeau promised a national inquiry into the issue that was meant to begin in May 2017, it has been met with delays, disappointment, and controversy.

I returned home after 15 years and spent the month of April traveling across Saskatchewan meeting with Indigenous women. Attempting to cut through the numbers and the desensitised nature in which families of missing and murdered indigenous women are portrayed, the incredible resilience and strong traditions among communities was revealed.

Through authentic and natural portraiture and evidential landscapes, my aim is to bring the stories of these women to viewers in a humane and intimate way. Exploring the emotional space between loss and healing, women were photographed in locations where they felt closest to their loved ones, hoping to give them a sense of agency.

About Sara Hylton
Sara Hylton is a freelance photographer based in Mumbai, India and covers women, conflict, and migration. Sara’s principal medium is the portrait; resilience, humanity, and the quiet beauty in everyday life guides her work and the stories she covers.

Sara has worked for National Geographic, the New York Times, the Los Angeles Times, Harper’s Magazine, Smithsonian Magazine, Bloomberg News, Vogue Magazine, the Financial Times Magazine, the Globe and Mail, Refinery 29, and Al Jazeera among others. Sara has also worked with several non-profit organizations including the United Nations, Global Fund for Women, the Danish Refugee Council, Doctors Without Borders, the International Rescue Committee, Mercy Corps, and the Rainforest Alliance among others.