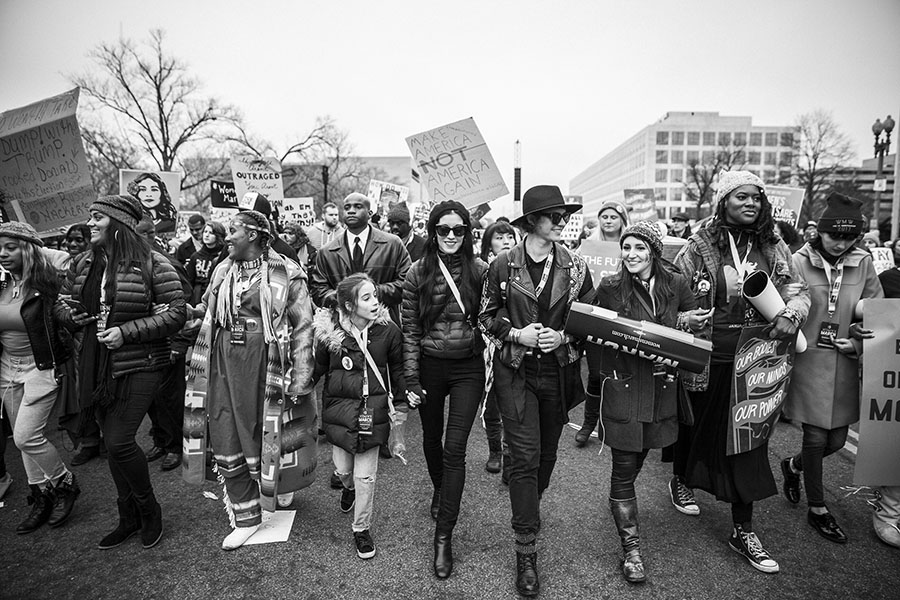 Women in Photography 2018 Exhibition
ReSisters: Behind the Scenes of the Women’s March | Kisha Bari

On January 21, 2017, The Women’s March on Washington became one of the biggest global movements in American History. Over 1.2 million people attended in streets of Washington D.C. and over 5 million people marched in over 300 sister marches in cities across the globe.

Kisha had a unique and exclusive access to the courageous women that organized the movement from meetings at their New York headquarters to the final days organizing from hotel rooms in Washington D.C.

About Kisha Bari
Kisha Bari is a New York-based photographer from Australia who is passionate about capturing people through portraiture and visual storytelling. Her range as a photographer and her personal approach have allowed her to photograph an array of subjects, from America’s union workers and Native American Leaders to high profile musicians and ballet dancers in the studio.

As a core member of The Impossible Project’s U.S. team from 2010-13, Kisha performed as photographer and Project Manager, curated exhibitions, and developed curriculum specifically geared for instant film and vintage Polaroid cameras.

Shifting her focus from commercial work to social advocacy in 2012, her portrait documentary How Sandy Hit Rockaway on the recovery of residents in Rockaway, New York after Hurricane Sandy was a featured multi-media exhibit at Photoville in 2013. More recently, Kisha is the lead photographer for the Women’s March organization and her documentary, ReSisters : Behind-the-scenes of the Women’s March was also a featured multi-media exhibition at Photoville in 2017.

Today she continues to document today’s civil rights leaders and work with marginalised communities to foster change through art, education and conversation.

Kisha’s work has been published in many media outlets, including The New York Times, The Washington Post and Rolling Stone.