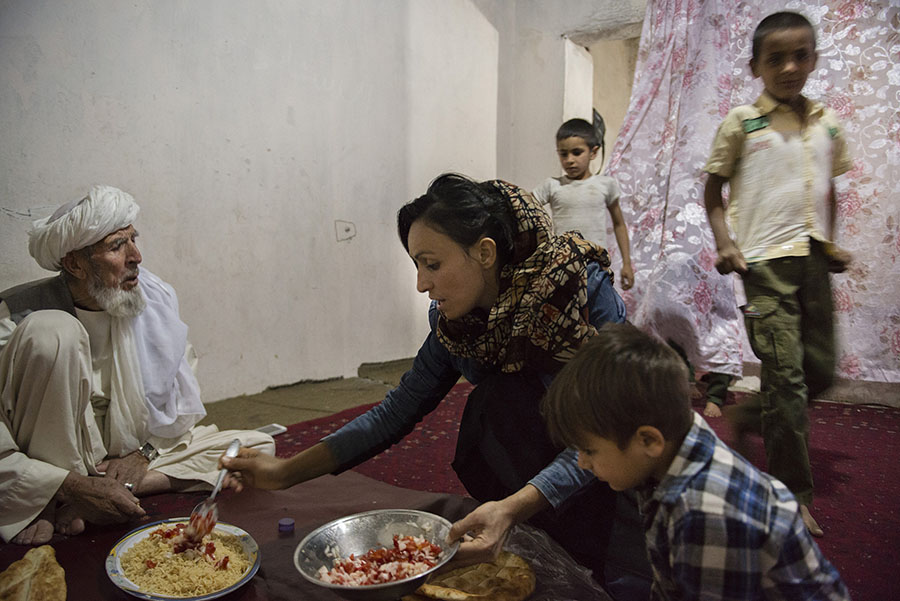 There is no word for “single mother” in the Pashto or Dari, the two major languages spoken throughout Afghanistan, yet after four decades of conflict— from the Soviet invasion to the war on terror— millions of women in Afghanistan are raising children on their own. These women are one of Afghanistan’s most vulnerable populations. Some have had to flee abusive spouses, others have lost their husbands in combat or terrorist attacks and some became pregnant before marriage and have been charged with “moral crimes.” Widows in particular are seen as morally suspect or symbols of bad luck; In a country where few women are literate or have ever worked outside the home, many widows are forced into remarriage, frequently to a brother of their late husband, and those who choose to remarry outside the family risk losing custody of their children. This is the tale of Single Mothers of Afghanistan told through photographs, a humane story picturing another side of life in a war torn country.

About Kiana Hayeri
Kiana grew up in Tehran, Iran and migrated to Toronto as a teenager. Photography provided a way to bridge the challenging gap in language and culture as she adapted to her new environment. Midway through university, she packed her life in a backpack and started a nomadic search for a place that could be called home. Many of Kiana’s long term projects focus on stories that illuminate her childhood experiences. These self-funded series often explore complex topics such as migration, adolescence and sexuality. Currently, she is working on a multi-phase project documenting the lives of youth and their culture in societies dealing with oppression or conflict.

In 2011, Kiana was an IAAB fellow, and in the following year, she completed a CIS artist residency at MIT University. In 2014, PDN included her on the 30 Under 30 list. In 2016, she was selected for IWMF fellowship to report on her proposed story in Rwanda and DRC. Kiana is a TED fellow and her work has appeared in Le Monde, Der Spiegel, Washington Post, Sunday Times Magazine, Monocle Magazine, Aljazeera America and CBC, among others. Kiana is a regular contributor to Everyday Project from Middle East and Asia. Follow her on Instagram (@kianahayeri) where she shares bits and pieces of daily life as she roams, explores and tells stories.

Kiana is commercially represented by NAMARA Represents, a new initiative representing Canadian photojournalists and documentary photographers working with organizations and use image-driven narratives to promote their brands.

She is loosely based in between Afghanistan and Iran, covering the region.