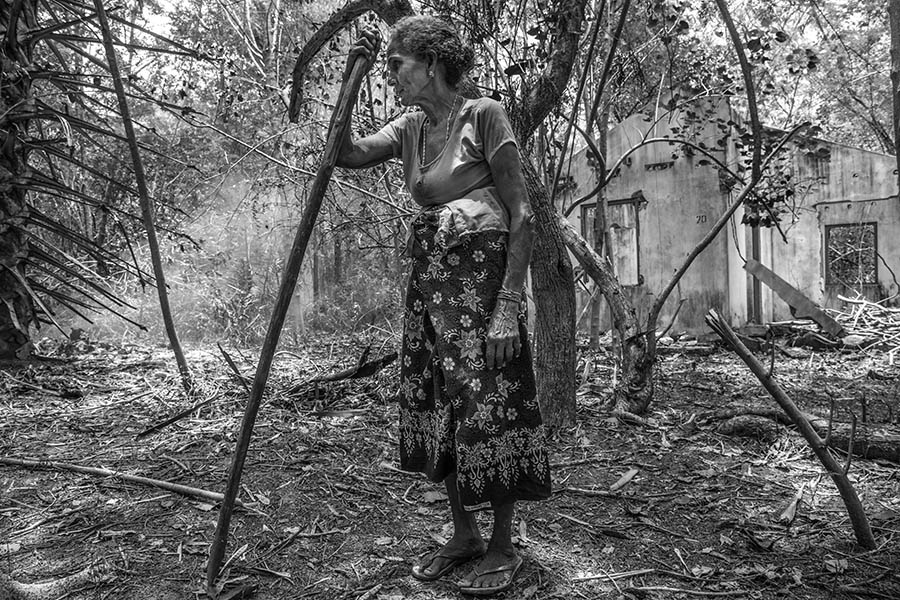 A 26 year long ethnic conflict has raged between the LTTE (Liberation Tamil Tigers of Elam, Pro-Separatist fighter) and the Sri Lankan Military. This has resulted in a country being torn apart.

An estimated number of 100,000 Tamils died tragically during the final days of the conflict in May 2009. The northeastern provinces of Sri Lanka continue to suffer a quiet unrest in the aftermath of the conflict. According to the UN thousands of Tamils still remain displaced and have so for more then 26 years.

Their once promising lands were ravaged over the years and presently the Sri Lankan military continue to occupy the lands of the Tamils. The lands have been utilized for farming and former houses were turned into barracks and training grounds.

Today, the ratio in some of these provinces oversees at least one Sri Lankan soldier for every two civilians and with as many as 60,000 soldiers stationed amongst a population of 130,000 in the region of Mullaitivu according to a report by the Adayaalam Centre for Policy Research (ACPR) and People for Equality and Relief in Lanka (PEARL).

I travel to Tellipalai, Vasavilan East and Pallali; where a quarter of the lands were returned to the Tamils for the first time in 26 years. Overgrown plantations, bullet holed structures, snake pits and broken fragments comprises to be the last remains of former Tamil houses, which stand silent in these high security zones. Unexploded shells lie in waiting; while children weave in between to see how their grand parents or parents lived for the first time. Claims of continuous physical and sexual abuse coupled with sporadic abduction are spoken to have continued by the military towards the Tamil civilians. The intense militarization has been debated about several times, as their presence largely hinders further reconciliation and accountability efforts within Sri Lanka despite the conflict ending almost a decade ago.

War crime atrocities continue to go unaccounted for and many of the Tamils lie in waiting to see their homes one last time before they depart.

Amrita graduated with an MA in Photojournalism and Documentary photography from London College of Communications. Her work has been featured on New York Times, BBC world, Financial Times and Dagbladet information, amongst others. Amrita aspires to explore the conflux of changing environments and its inhabitants. She hopes to bring forth less discussed issues on displacement and struggle through on-ground personal insights