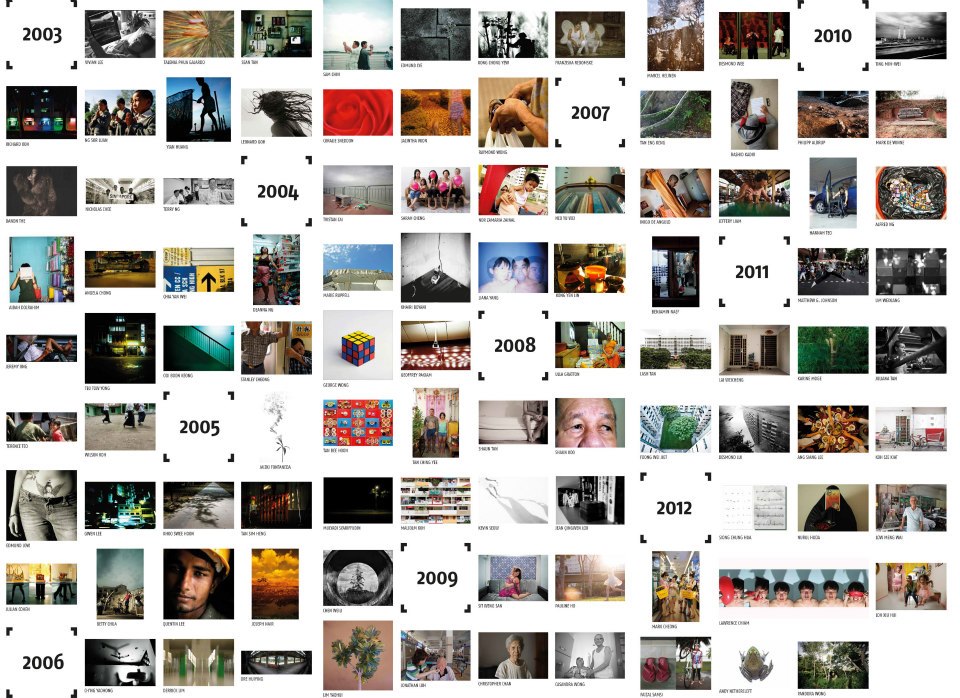 With “shooting home” as a central theme, we encourage all the participants to draw inspiration from their existing environment and ultimately contribute to ‘home’ and the arts scene.

To qualify, participants should possess a promising portfolio and have the desire to pursue photography as a career. Ten photographers are selected each year and they are paired with established professionals, who will serve as faculty during the workshop and as mentors for one year after the workshop. During the workshop period, participants are involved in rigourous field work, daily critiques, lectures and constant interaction with mentors and peers to share ideas. Mentorship also provides emerging photographers with invaluable networking opportunities. Ultimately, Shooting Home aims to foster an environment for the exchange of ideas between like-minded amateurs and professional artists.

More than half of the Shooting Home alumni have turned professional, while many continue contributing actively to the local arts scene through exhibitions, talks, education and outreach/volunteer programmes.

Who should apply?
Shooting Home is targeted at emerging or semi-professional photographers, looking to turn full-time professionally or to incorporate the visual arts in their work. While we aim to encourage and push participants’ to look at their photography from new perspectives and to improve in other ways, it is not a ‘how to’ hobbyist-level workshop.

Shooting Home is probably one of the most rigourous and challenging of Objectifs’ workshops, but one that also offers the most rewarding experiences, inroads and networks for those looking to turn professional. The programme is open to Singapore residents and international participants.

How to apply?
You will need to fill in an application form and submit an online portfolio. Submission deadline is 5 Jun 2015. Submit your form and portfolio here: http://goo.gl/forms/70OLontEG8.
The faculty will make the selection by early Jun.

Sim Chi Yin is a photographer based in Beijing, a member of VIIPhoto Agency.

Chi Yin was a finalist in W. Eugene Smith Grant in Humanistic Photography with a personal project on Chinese gold miners in 2013. She is on the British Journal of Photography’s Ones to Watch list of photographers in 2014. She was also among the PDN30 – Photo District News’ top 30 emerging photographers – in 2013.

She works on projects on social issues in the region, and since going freelance in 2011 has also done photo, multimedia and video commissions for TIME, the New York Times, The New Yorker, National Geographic, Le Monde, Newsweek, Vogue USA, GQ France, Financial Times Weekend Magazine, New York Times Sunday Magazine and Stern. In 2010, she was awarded a Magnum Foundation “Photography and Human Rights” fellowship at New York University. Her work has also been shown and collected by art galleries, auction houses and foundations in Paris and New York.

A fourth-generation overseas Chinese, Chi Yin was born and grew up in Singapore. She did history and international relations degrees at the London School of Economics and Political Science. Chi Yin was a journalist and foreign correspondent for The Straits Times, Singapore’s national English language daily, for nine years before quitting to shoot.

Jason is an artist, curator and writer based in Singapore and New York. He founded and runs Grey Projects, an art space and residency that focuses on nascent practices and experimental curatorship. Jason was a 2005-2006 Studio Fellow at the Whitney Museum Independent Study Program. He won the 2008 Young Artist Award for visual arts in Singapore. He has shown in the Chelsea Art Museum, Photo New York (New York), Casino Luxembourg (Luxembourg), ifa galerie (Stuttgart and Berlin), Singapore Art Museum, Singapore Biennale, Valentine Willie (Manila), and completed residencies at Gyeonggi Creation Center, Artspace Sydney, and Tokyo Wonder Site. His work has been reviewed in numerous publications including Artnews, New York Times, Wall Street Journal and The New Straits Times, among others.

Sean Lee’s first body of work Shauna was made between 2007 to 2009. It won a special Jury Prize in the Angkor Photo Festival and was later nominated for the Prix Decouverte in the 40th Anniversary of the Arles Photo Festival as well as for the Paul Huf Award. Since then Sean has gone on to make other stories including his long term on-going project Two People, a series of images about his parents and life at home. Sean was part of the Reflexions Masterclass between 2011 to 2013 under the tutelage of Giorgia Fiorio and Gabriel Bauret. He was the 2011 recipient of the ICON de Martell Cordon Bleu award. Selected exhibitions include Galeria TagoMago, Barcelona (2011), NYPF, New York (2011), Empire Project, Istanbul (2011), TantoTempo, Kobe (2012), Singapore Biennale, Singapore (2014). His works can be found in the collections of the Singapore Art Museum as well as the Sandor Family Collection.

Darren Soh
Darren Soh is a contributing photographer for Travel+Leisure South East Asia and a member of Young Photographers United (YPU). His works have been featured in international publications such as Monocle, Wallpaper*, TIME, The New York Times, International Herald Tribune and Conde Nast Traveler. His corporate clients include multinational companies such as Apple, Citibank, Deutsche Bank, HSBC and Visa. In 2009, Darren was selected by Photo District News (PDN) Magazine to be one of PDN’s 30 New and Emerging Photographers to watch.

Bob Lee
Bob Lee’s numerous accolades and awards, garnered both locally and interntionally bears testimony to his immaculate craft. In 2003, he beat over 200 top photojournalists from 32 countries to clinch the top award in the Behind the Scenes category of the ClickArt: World Photojournalists Meet. His other notable awards include the Jurors’ Choice in the Singapore Art Awards 2005, Honourable Mentions in The International Photography Awards 2007, the Gold Award in the ‘Best In Feature Photography’ category in the Ifra Asia Media Awards 2008, Honourable Mentions in Prix de la Photographie, Paris 2009, just to name a few.

His work extends out of an image into numerous publications and exhibitions. In 2003, Bob published his first book, Have a Little Faith, highlighting the daily life of the Sikh and Jewish community in Singapore. The book project led to his inaugural solo exhibition held at the Singapore History Museum in the same year. In 2004, he launched his second exhibition and publication, One Room Flat, an exhibition which revealed the lives of one-room flat elderly dwellers. In 2008, Bob published his third book ah bob baba zhouji. The publication comprises a compilation of blog entries and photos documenting the trials and tribulations of himself, a first-time father. In 2009 Bob launched his second solo exhibition CurioCity: Photographs from My Toy Camera and subsequently published his 4th publication Curiocity – U and I in February 2010.

Workshop Director: Bryan van der Beek
Bryan van der Beek graduated with a journalism degree from Indiana University. He has worked for magazines and newspapers in Singapore and the United States and his clients include Time, Newsweek, BusinessWeek and the Washington Post. His coverage of demonstrations in Indonesia won him an award at the prestigious Hearst Photojournalism Competition 2001. Previously an photojournalist with The Straits Times, Bryan now photographs independently for corporate and editorial clients. Bryan has been involved in Shooting Home since its beginnings in 2003 and has been on the Shooting Home faculty since 2008.