Welcome to #ObjectifsSupports, our weekly feature where we highlight filmmakers, photographers, and members of the local arts scene, and the ways in which you can engage with and support their works during the COVID-19 period and beyond!

Clang shares with Objectifs his series, The Moment (2011), and his thoughts on photographers/visual artists making work during this trying period. Click here to read more.

John Clang is a Singaporean visual artist whose practice often straddles dual realities of global cities, unfettered by confines of time and geography. He has participated in numerous international exhibitions, and his works have entered the permanent collections of Singapore Art Museum and National Museum of Singapore. In 2010, he became the first photographer to garner the Designer of the Year award at the President’s Design Award. In 2013, a showcase of over 90 works by Clang was exhibited at the National Museum of Singapore. Clang has previously conducted portfolio reviews at Objectifs, and is one of our featured photographers in the Image Makers: Singapore Photographers short documentaries series.

Clang shares “These portraits were created with 3 cameras triggered all at the same precise moment, to emphasise the idea of being together… with these images, I hope we can appreciate the people around us, especially during this tough time.” 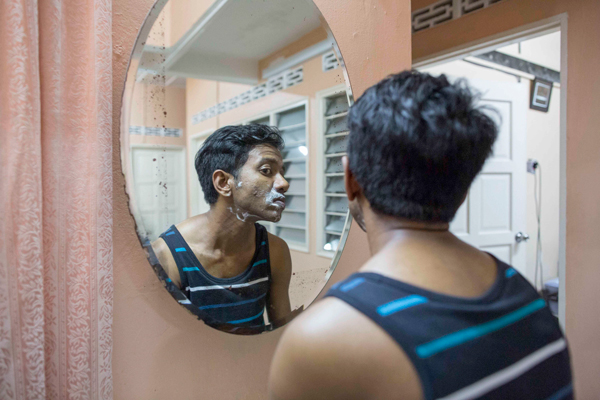 Click here to view some images from the series (Un)bound, and click here for a recap of the artist talk with Grace Baey and her collaborators, held at Objectifs in 2018.

Grace Baey is a Singapore-based documentary photographer. Trained as a human geographer, Grace is interested in issues of place, identity, and belonging. Her personal work focuses on transgender and queer identity in Singapore and Southeast Asia. She has been a mentor for Objectifs’ Shooting Home Youth Awards and was a recipient of the inaugural Objectifs Documentary Award (Emerging Category) in 2018, where she presented her series (Un)bound.

(Un)bound is a collaborative project about the lives of trans men and women in Singapore. Through portraits, journal entries and scrapbooking, these stories reflect on experiences of struggle, resilience, and coping strategies amidst the challenges of gender norms in society.

Grace worked closely with individuals to tease out specific story points in their life journeys, as well as issues pertaining transgender identity that they felt were valuable to highlight. A converging theme was family, and the different pressure points of what we understand and expect of familial ties and family formation. 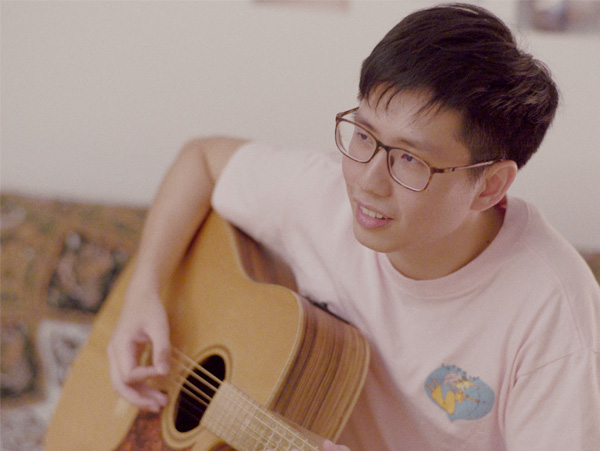 Rent Kris Ong’s short films including You Idiot via the Objectifs Film Library.

Kris Ong is a Singaporean writer / director of several short films and music videos that have screened at international film festivals and platforms like MTV Asia. Kris is the co-founder of Momo Film Co. Her latest short film Sunday had its world premiere at the Palm Springs International ShortFest 2019 and was in competition at the 30th Singapore International Film Festival. Kris was the recipient of Objectifs’ reciprocal residency with the Yamagata International Documentary Film Festival last year and was one of five artists commissioned to create a short film for the 2019 Objectifs Women in Film & Photography Showcase.

You Idiot (2018) by Kris Ong follows Darren and Matt who roam the streets one night, writing a song about what’s to come in their happy-go-lucky world.You Idiot is a love letter to late night conversations, and a gentle friendship between two young men — and all the more poignant in our current circumstances in its celebration of the freedom of being outdoors together, in good company. 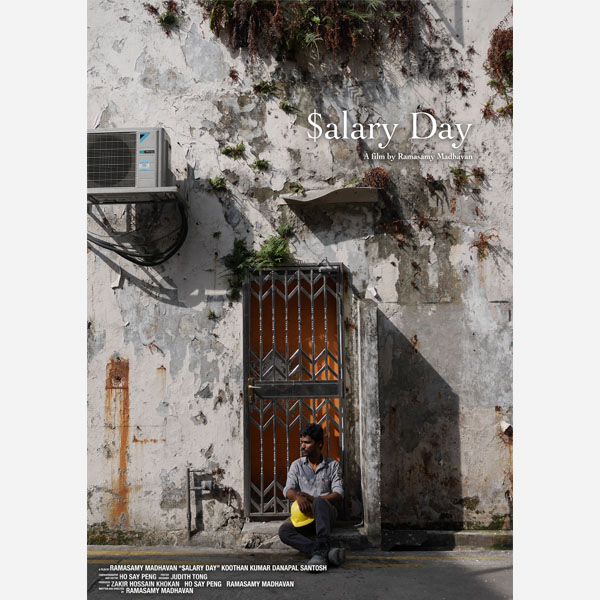 Click here to watch the full film and subscribe to the film’s Facebook Page to receive updates on his future projects—Madhavan hopes to start work on his second short film soon.

Ramasamy Madhavan from Tamil Nadu, India, works in Singapore as a site engineer. $alary Day, which he directed and acted in, depicts the life of a migrant worker in Singapore.

This film, the first produced out of a collaboration between migrant workers and Singaporeans, addresses themes of migration, labour, wages and family, and is an important addition to the range of narratives depicting migrant workers’ experiences in Singapore, as it is told by a member of their community.

Madhavan says of his film: “I wanted to visualise the life of migrant workers, especially for their families and for local people, as migrant workers work in Singapore in huge numbers. Migrant workers face this kind of situation mainly because of a piece of paper (money). Everyone is running for it, including myself.” 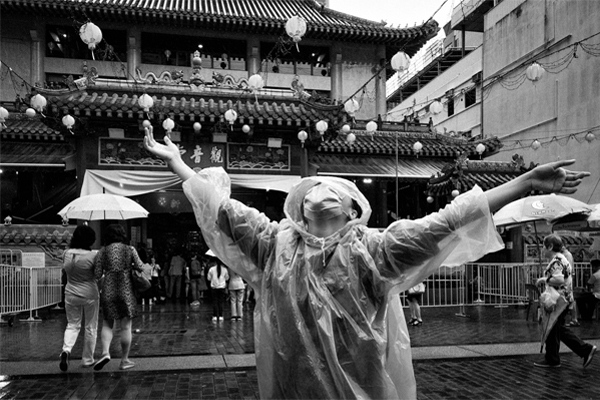 Click here for Brian’s series on the evolving responses of the community to the COVID-19 outbreak in Singapore.

Brian Teo is a photographer who has exhibited locally and been featured in major publications like Lianhe Zaobao 联合早报. In 2016, Brian participated in Objectifs’ Shooting Home Youth Awards, an annual mentorship programme for young photographers aged 15 to 23. Since then, he has gone on to clinch the CDL Singapore Young Photographer Award in 2018 and was a finalist in LensCulture’s Black & White Photography Awards in 2019.

Brian has been documenting the ever-evolving behaviours of people going about their daily lives since the outbreak of the COVID-19 situation in Singapore. It has been a volatile few months ever since the first case of the coronavirus was reported in Singapore on 24 January. As we reach yet another milestone, with the recent extension of the circuit breaker, only time will tell how this epidemic will pan out.

Brian reflects: “Documenting the ever-evolving responses of the community to the pandemic not only allows me to process the situation, but also serves as a way for me to sharpen my creative edge during the circuit breaker period. This is a good time to slow down, reflect, and perhaps even put things in a different perspective.” 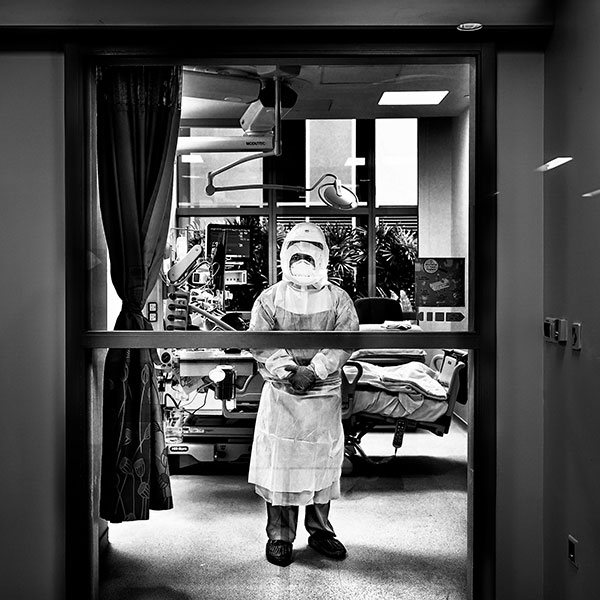 Click here for Stay Home For Us and Chong Yew’s #AskMeAnything chat with Objectifs.

Kong Chong Yew is a photographer who has been a mentor for Objectifs’ Shooting Home Youth Awards. Since 9 Feb, Chong Yew has been working on Stay Home For Us, a series documenting Singapore’s medical workers involved in the frontline and backend operations of the fight against COVID-19. This series is commissioned by National University Health System – NUHS, a cluster of healthcare institutions in the west.

Says Chong Yew: “Being close to the action really lends perspective to how everyone in the hospital has an essential role in containing the virus. They work in shifts round the clock to care for their patients, while keeping in mind of all the infectious diseases protocols. It’s a tireless assignment. When SARS and H1N1 hit our shores, I was still a student. As a photographer now, I hope to share the brave work of our frontliners through my pictures. This is my contribution towards the battle against the virus. For the rest of us, we can help by simply staying at home.” 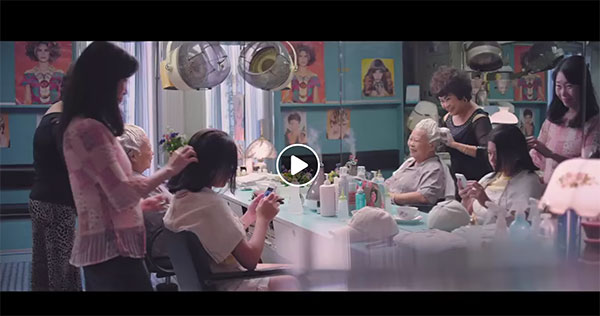 Purchase Li Lin’s DVD, A Wee Thing, from our online store. Enjoy the film’s trailer and a peek behind the scenes.

Wee Li Lin has won awards including Best Director at Singapore International Film Festival – SGIFF and is a part-time screenwriting lecturer at NTU School of Art, Design and Media (ADM). Objectifs has distributed Li Lin’s short films, screened her works in our Watch Local programme, and worked with her on our filmmaking and scriptwriting workshops.

Her film,The Perm, commissioned for ciNE65 IV, is a heartwarming story of intergenerational relationships and the warmth of community spaces like Singapore’s old hair salons. In this current climate which calls for safe distancing measures, The Perm reminds us of family members and friends, and the neighbourhood spots we look forward to gathering in again when we can. 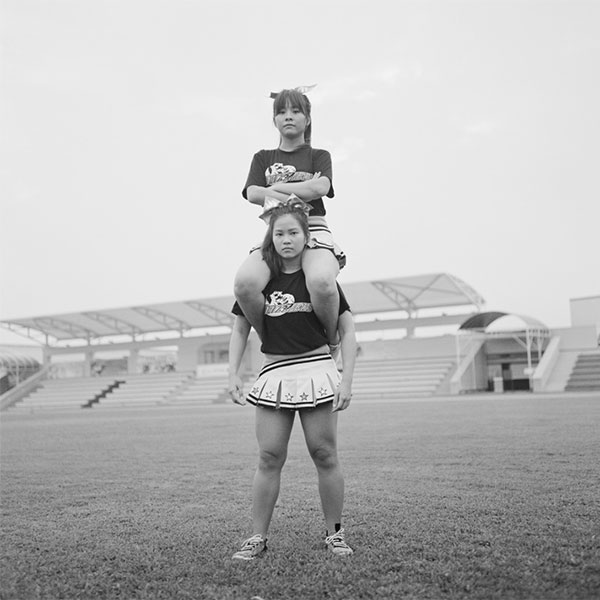 In Young Love, Sean photographed students who were either best friends or lovers in pairs. If you are or know anyone ideally between the ages of 17 to 23 who fits this description, contact him via email. He is looking to photograph more pairs, with the end goal of self-publishing a book.

Sean Lee, who has studied, exhibited and taught at Objectifs. Sean has exhibited in institutions and festivals including Saatchi Gallery and Chobi Mela International Festival of Photography and his work is in the Singapore Art Museum’s collection.

Of his series Young Love, Sean says, “When I was 17-years old and a student, the girl sitting beside me in class passed away after a short struggle with an illness… She had stopped school for a while, but because no one knew the seriousness of her condition, we all thought it was a matter of time before she came back. When she passed away, we did not have the chance to say goodbye… I often tell my students that photography teaches us above all things, that our time here is brief. Perhaps this work is a way for me to say a proper goodbye to my youth, and to my friend.”

All of the work on his website is also available for sale as prints on Awagami Bamboo paper, longest side 20cm. They will be unframed and without editions, at S$280 each. 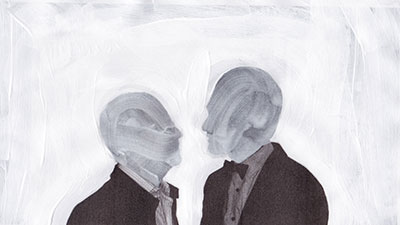 Watch Wei Keong’s 2017 award winning short film Between Us Two, which features a conversation between a gay son and his dead mother.

Tan Wei Keong, whose animation entertains fantasy and mimics the familiarity of the real by weaving fiction into personal history. His latest film, Kingdom (2018), has been selected to compete at the Berlin International Film Festival and was the opening short film at the Singapore International Film Festival (SGIFF). Beyond independent animation,  he has a strong interest in merging his field of animation with new media art projects.

The work at Objectifs continues behind the scenes during the COVID-19 period. As a non-profit arts organisation, we count on donations to enable us to support the arts community, and to keep creating programmes that broaden perspectives and inspire people through the power of images.

We are an Institution of Public Character (IPC) status. As such, your donations will qualify for a 250% tax deduction for the year 2020. Your contribution will also be eligible for the Ministry of Culture, Community and Youth’s Cultural Matching Fund, that provides a dollar-for-dollar match for cash donations to arts and heritage charities. Thank you for supporting our work!